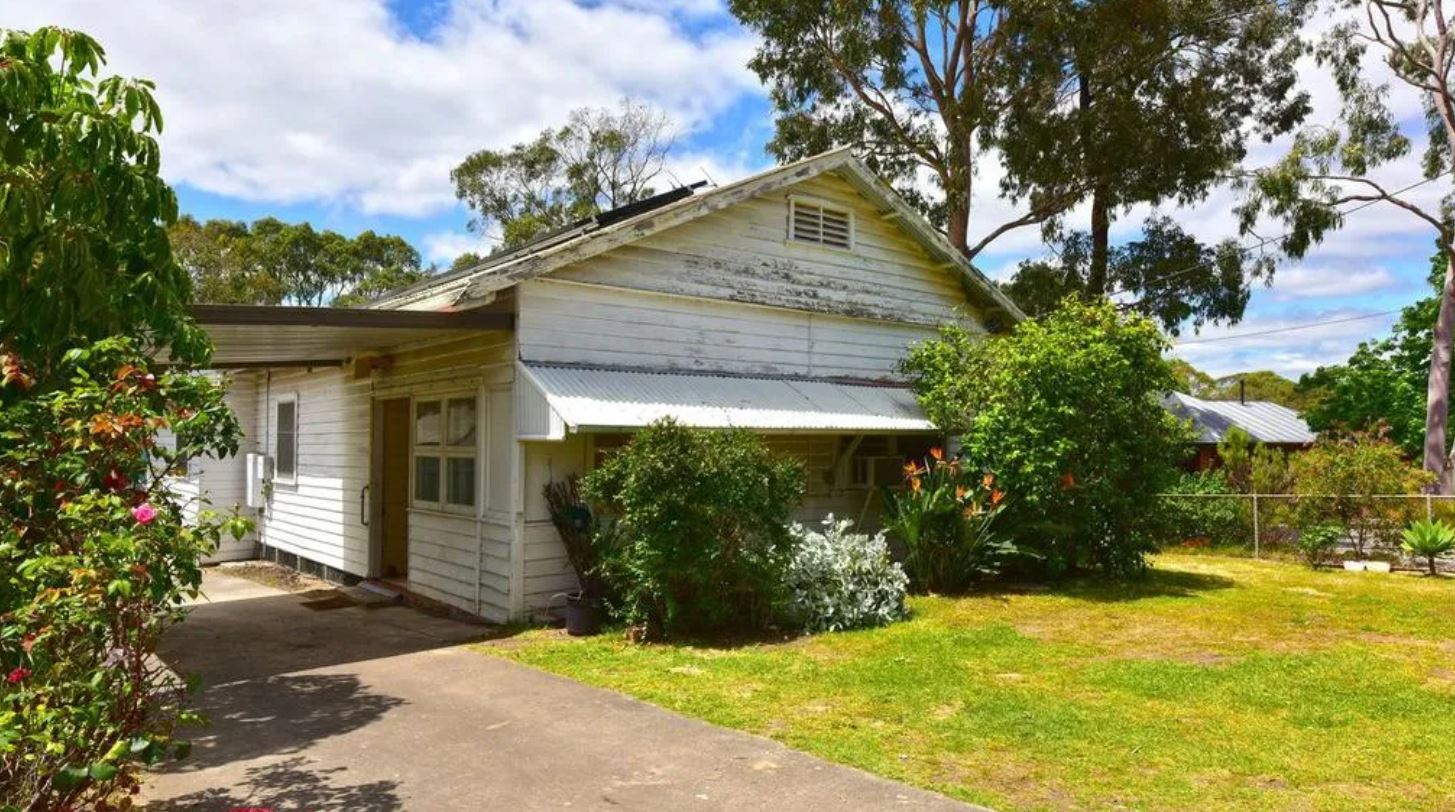 If you’ve been house-hunting lately, you’ll know there are a couple of things you don’t want to see in any prospective property on your radar. Deadset, you don’t want termites, you don’t want construction issues, you don’t want water damage, and you sure as hell don’t want a creepy kid opening a portal to another dimension. Yeah, nah, we hate when that happens. Still, it’s one of those things that’s being asked an awful lot about this particular real estate listing…

The home, which is located in Blackwood in the suburbs of Adelaide has been occupied by the same owners for about sixty years, and eight daughters were raised in the house, but now, with the owners moving into a retirement home, it’s gone on the market.

Naturally, that means there are photos available online, and as house-hunters flick through their list of potential purchases, they come a bit unstuck when they start crossing off the things that might be reminiscent of Poltergeist, The Conjuring, or any other film about buying a new house, only to discover it’s haunted.

It all starts with a bolted-shut door. Yeah, nah, that’s not even the creepy part, though. On that door is a photo-realistic painting of a little girl opening the door within the door. Have a bloody gander! 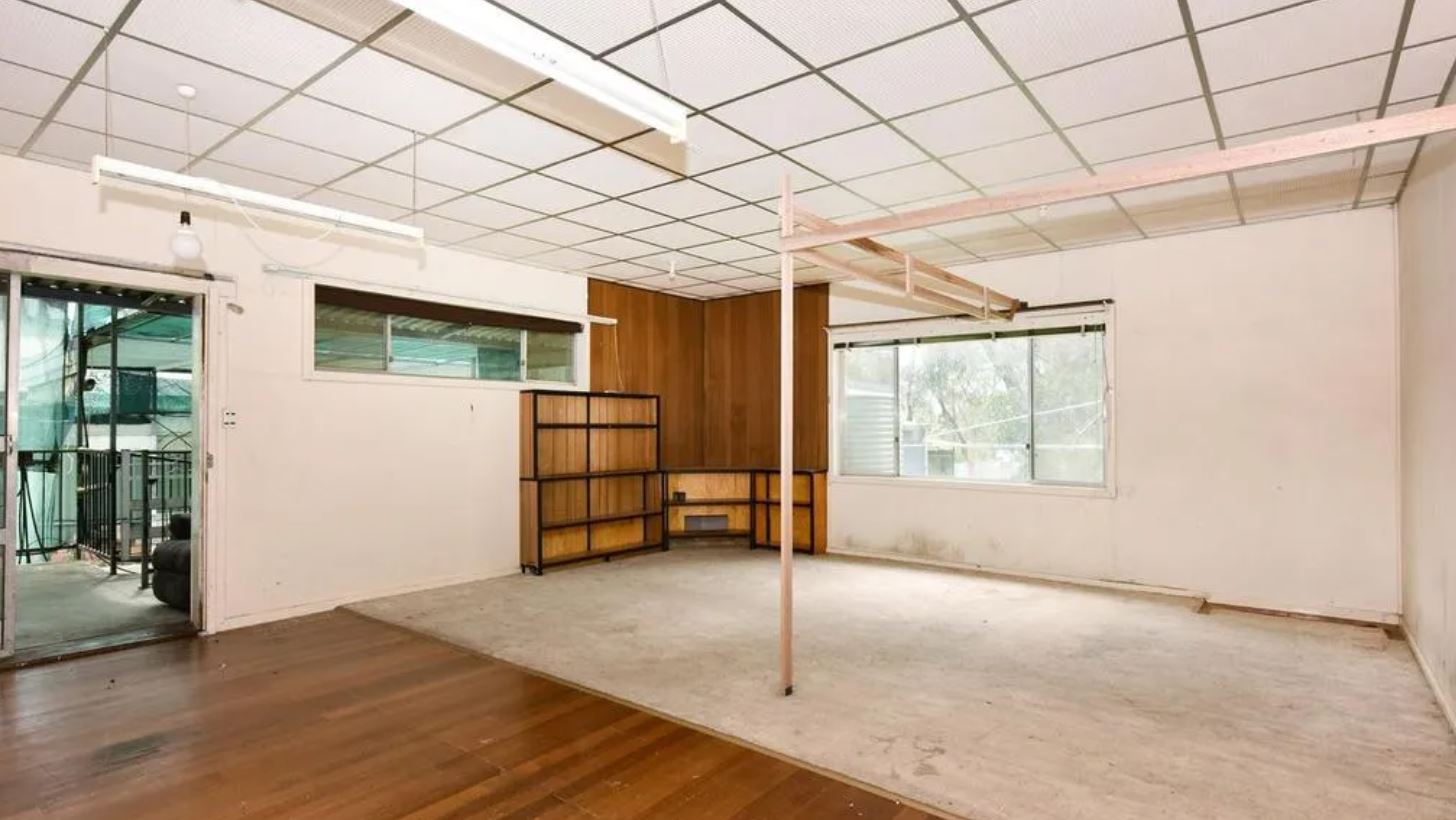 The real estate agent tasked with selling the place, Peter Jeffrey, sounds pretty sick of explaining that it’s just a picture. “It’s actually a painting on wallpaper,” he said. “It’s a solid, bolted shut, used-to-be sliding door. There were eight girls brought up in that house and one of the daughters … put that there many years ago. We’ve got to photograph the property as it is.”

Yeah, fair enough, Peter, but if whoever buys the joint finds out it was built on an old cemetery, a witch was hung from a tree in the back yard, or one of the kids once played with a Ouija board, the blood’s on your hands, Pete. It’s on your hands! 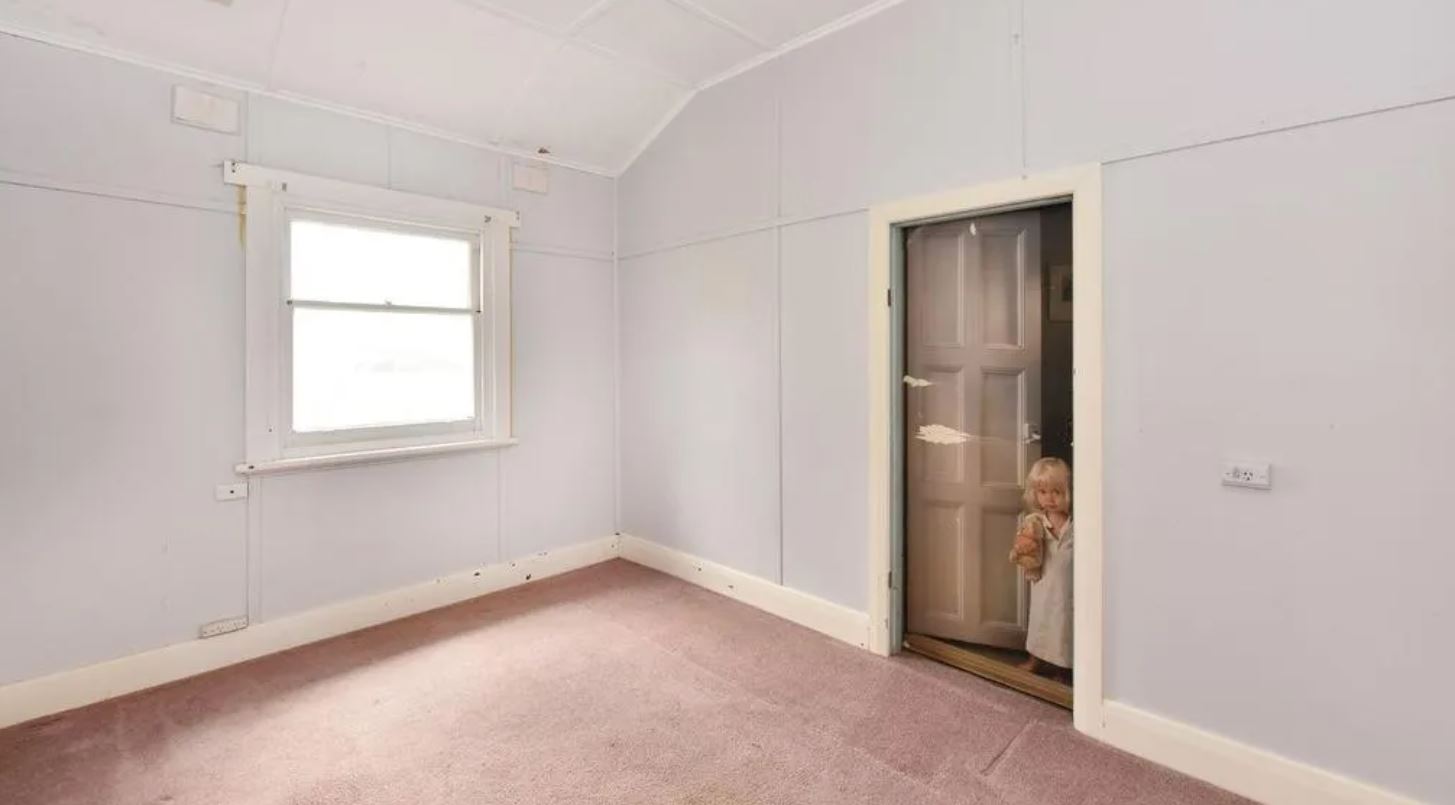 Final thought: Yeah, pretty simple follow-through this one. Would you sleep in the room with that kid looking at you? Let us know if you could. If you couldn’t, maybe you’d consider covering the walls with yellow wallpaper. We’ve heard that helps set the mind at ease.

Just in case you missed it, here’s one of Ozzy’s latest commentary videos…Ozzy Man Reviews: Parents Vs Stairs