Blokes mugshot goes viral because of his ridiculously big neck

For obvious reasons, it’s been f**ken yonks since we heard anyone say ‘nek minnit’ here at Ozzy Man Reviews, but if this mother**ker’s viral mugshot is anything to go by, he’s bringing it back around. Deadset, have a look at that bloody thing. It’s like a f**ken tree trunk supporting a cabbage. It’s like someone drew a face on a pylon. It’s like a bad CGI rendering. Anyway, since he was arrested, Charles Dion McDowell has found himself going viral because of his abnormally large neck. Check out the story below…

When Charles Dion McDowell was arrested in Northern Florida for a bunch of drug offences, including possession of meth and cocaine, as well as intent to sell, manufacture or deliver, officers were quick to put him online. And when you notice that one of the officers claimed McDowell was his biggest collar to date, you can understand why.

Along with his mugshot, they also posted a list of his offences and you’d have to say that if these were hanging offences the executioner would have his work cut out for him.

McDowell is currently a guest at the GoldStar Hotel with a bond of $57,000. #Gotcha 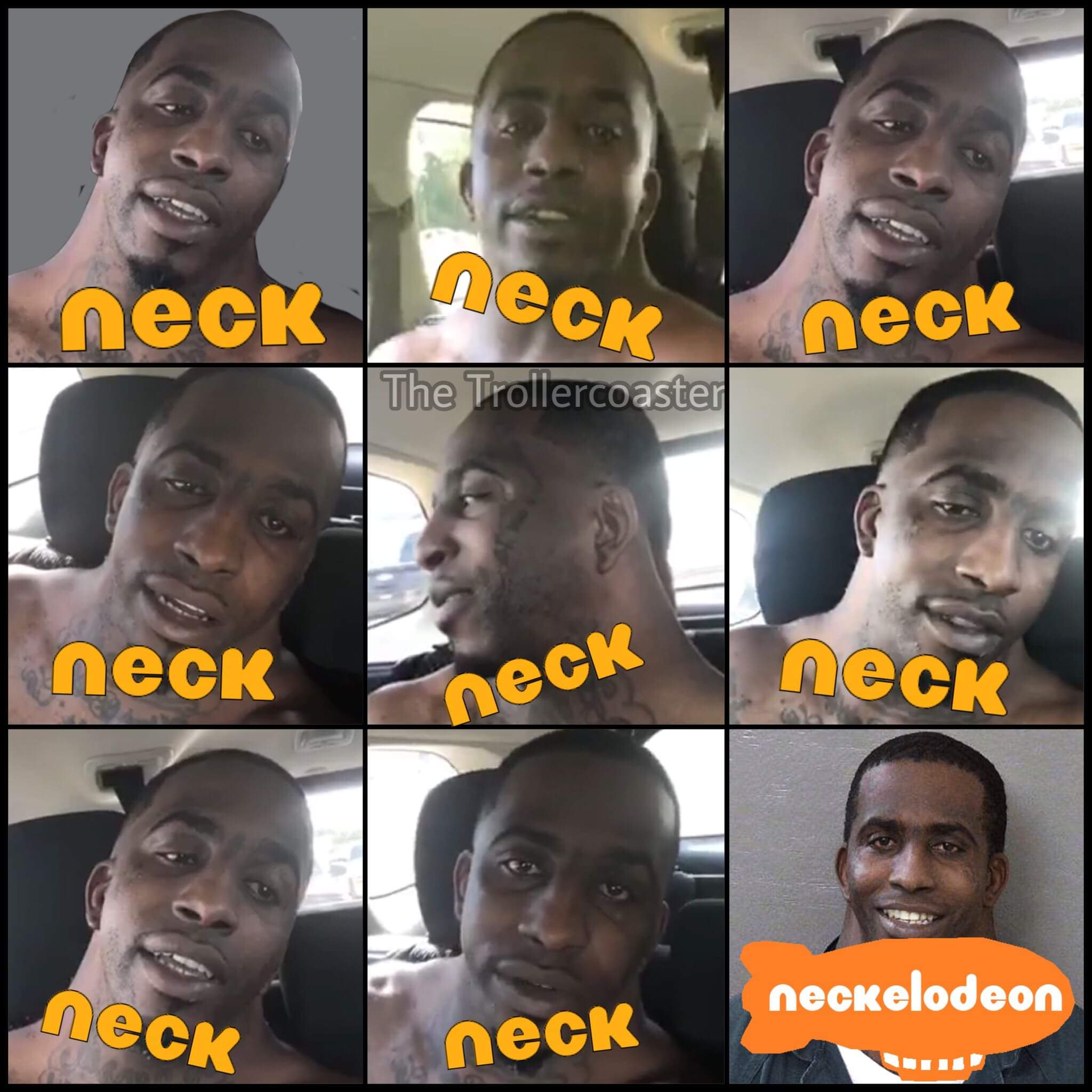 People who saw the post were all over it with a range of puns in no time flat. One said:

Y’all come on. He gotta lotta weight on his shoulders right now.

Y’all leave this man alone! I bet he’d stick his neck out for you if you needed his help. #dontjudge

Final thought: That’s the biggest f**ken neck since George ‘Corpsegrinder’ Fisher’s. If you know him, you know it’s the product of years of hardcore headbanging. What do you reckon McDowell’s excuse is?