Bloke built a bloody ripper backyard bar for just over $100

There’s a lot of talk about what’s manly and what’s not these days, but no matter your taste in sport, literature, music, food or social circles, you have to admit that wanting a bar of your own is a pretty bloody manly endeavour. Going beyond that, building one of your own is so bloody manly, that you’re bound to solicit masculine nods of approval from blokes everywhere once it’s complete. Deadset, there’s something pretty friggen spesh about that kind of thing. That’s why we’re bringing you Paul’s bonza backyard bar…

Lately, we seem to be taking more than the odd stop in old Pommyland. We’re really not sure why anyone wants to go there seeing as they sent the best of their population over here bloody yonks ago, but what the hell, let’s go on a bloody jaunt and call in to old mate Paul’s place. 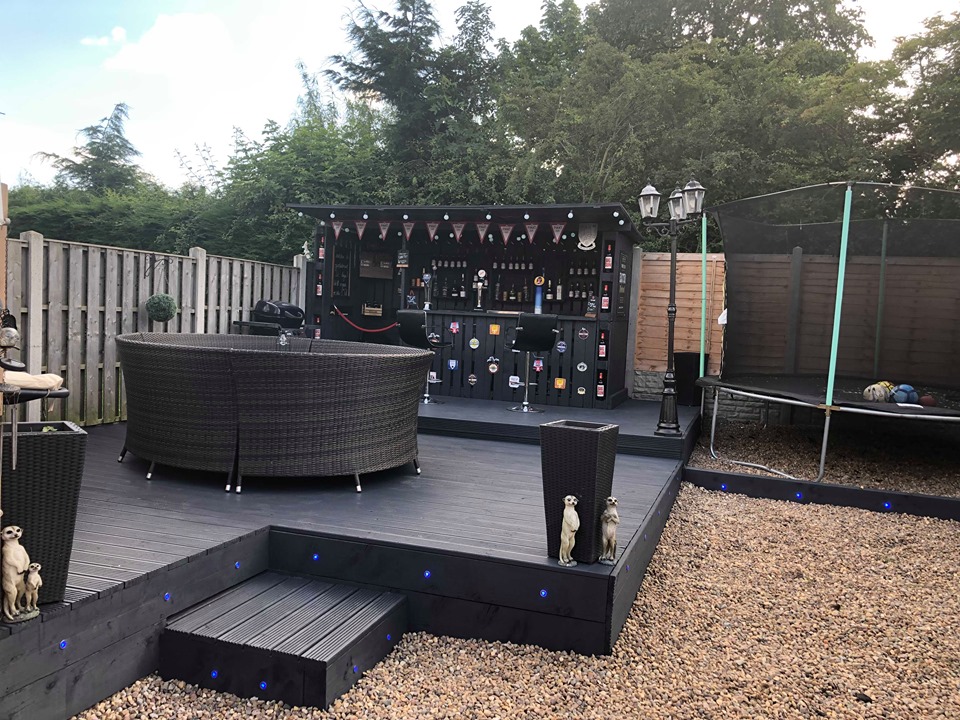 This bloody legend was soaking in one of those more and more frequent sunny spells the Poms seem to be enjoying as a result of global warming when he decided, “You know what, I need a backyard bar.” Being a handy fella, he set to work knocking off a load of old pallets, calling for freebies from his bar-owning mate, and putting it all together. 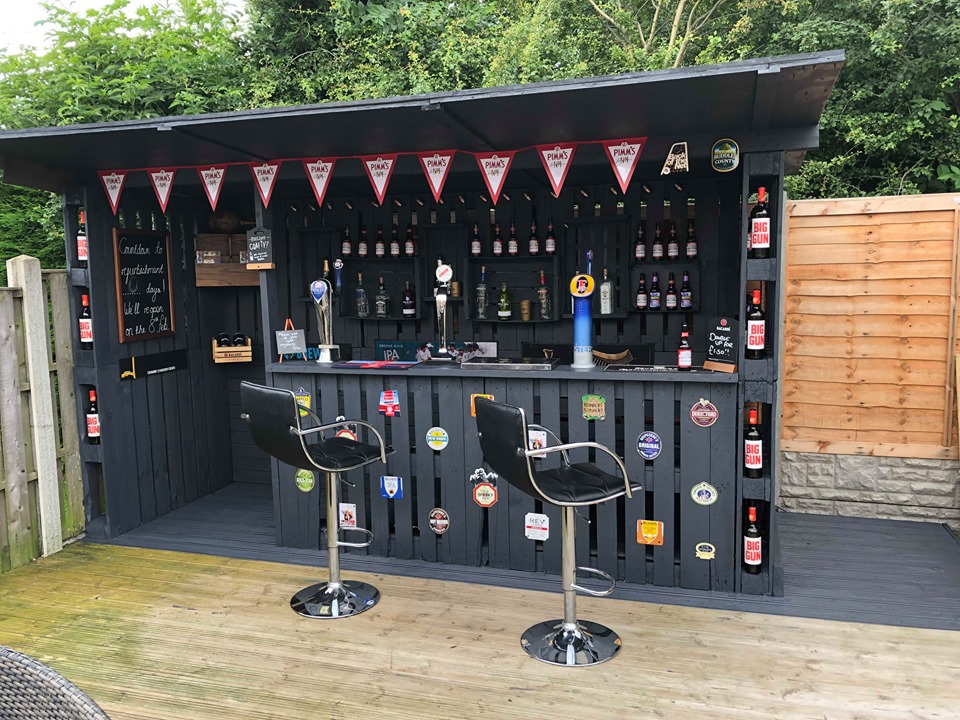 You’ve gotta say the result is pretty friggen schmick. Best of all, thanks to the good charity of others, the whole thing only cost him about 90 Pommy pounds. That’s about 160 dollarydoos over here. At that price, he’s living the bloody dream in more ways than one.

On top of that, the cheeky bugger reckons it only took a couple of days to put together. “I’d put down some decking in the garden and I’ve always wanted a bar in the garden so I got some pallets and knocked it together.” 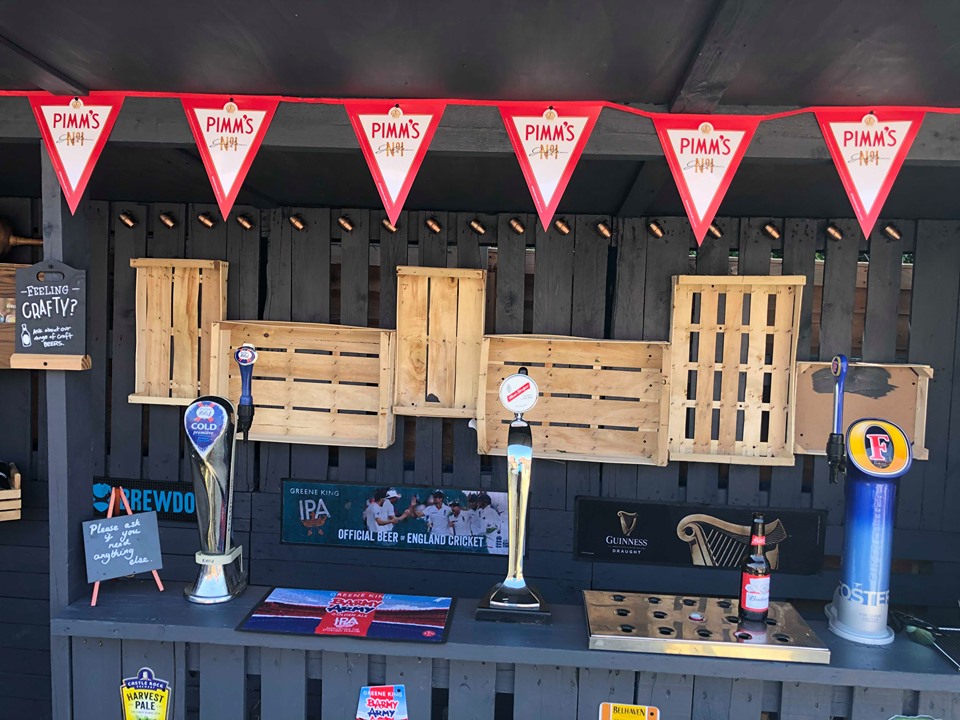 Once he’s done getting the taps connected, he’ll have a proper working bar with all the trimmings. Funnily enough, though, Paul’s got a fridge in there. We’ve always been told that Poms drink their beer warm, so we don’t know what he’s doing with that. Hopefully he’s putting something more sensible than Fosters in there. 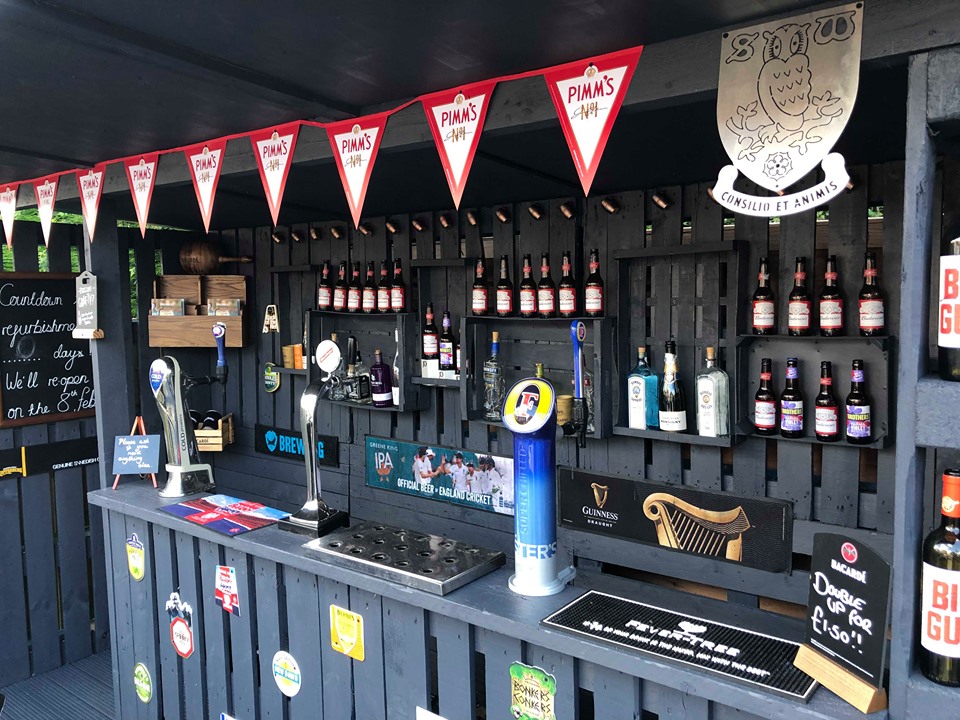 Final thought: All right, we’ll admit it, we’ve got the green-eyed monster shaking our spears right now and we’re already onto the missus about getting some pallets. Seriously, though, we ten out of ten would drink several pints there. We’d even bring some real Ozzy beer. Let us know in the comments what we should take with us. Seeing as you’re a top bloke, Paul, we’ll be there in a few flicks of the old fart-box.

Yeah, nah, f**k it, we’re not too big and tough to say that sometimes you just need a solid fix of wholesome news when you get online. Today, you don’t have to look any further. We’ve got that s**t for you right here....