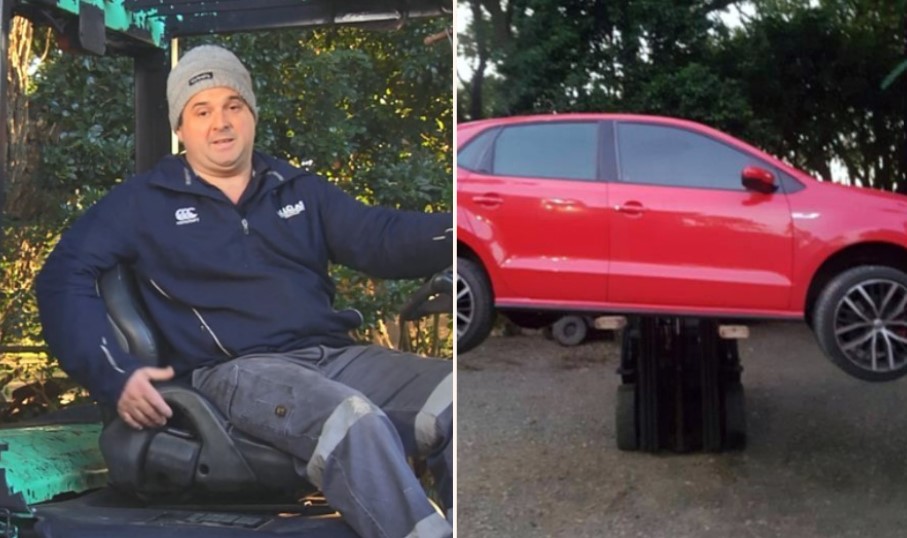 One of things we f**ken love about everyday Aussies is their ingenuity when it comes to stopping would-be thieves in their tracks. In the past, we’ve seen digeridoo-wielding bogans run the crims down in nothing but their undies, and now we’ve got one saving the day with a forklift. Yeah, nah, we’re saying it already: F**K YES, AUSTRALIA! F**K YES!

It all went down in the rough and ready town of Waterford West, a suburb of Queensland’s infamous city of Logan, a multiple winner of Queensland’s Shittest Town award. Local bloke Brendan Mills arrived home just in time to catch the thief as they were trying to pinch his Volkswagen Polo. 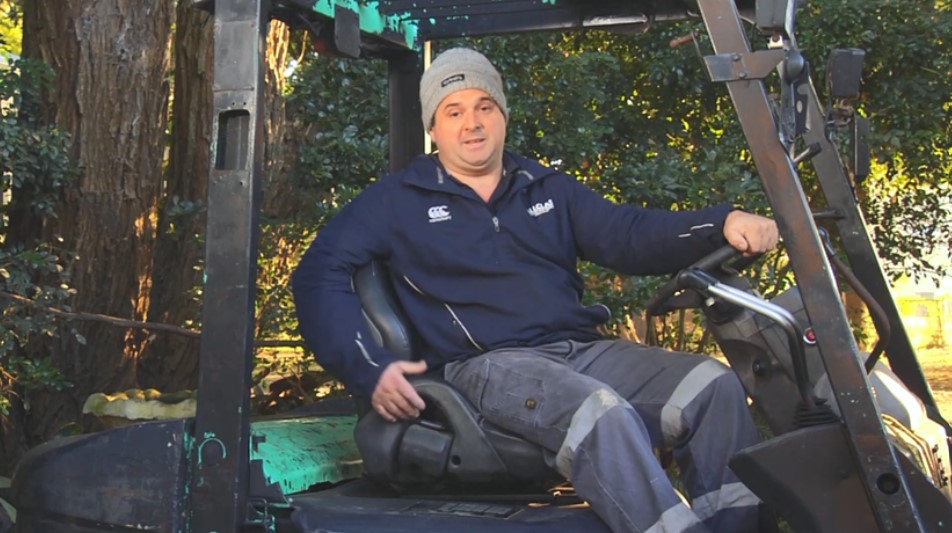 “We’d just came home from an outing, and it all unfolded in front of us so fast,” he reckons. “We saw the car door shut on the car, the car started rolling and we thought ‘well, that means someone is in the car who shouldn’t be in the car’.”

It turns out the sheila had broken into his house while the family was out, had a shower, pinched some clothes, and must have panicked when they arrived home. Unfortunately for her, despite having bathed, she wasn’t fast enough to make a clean getaway. 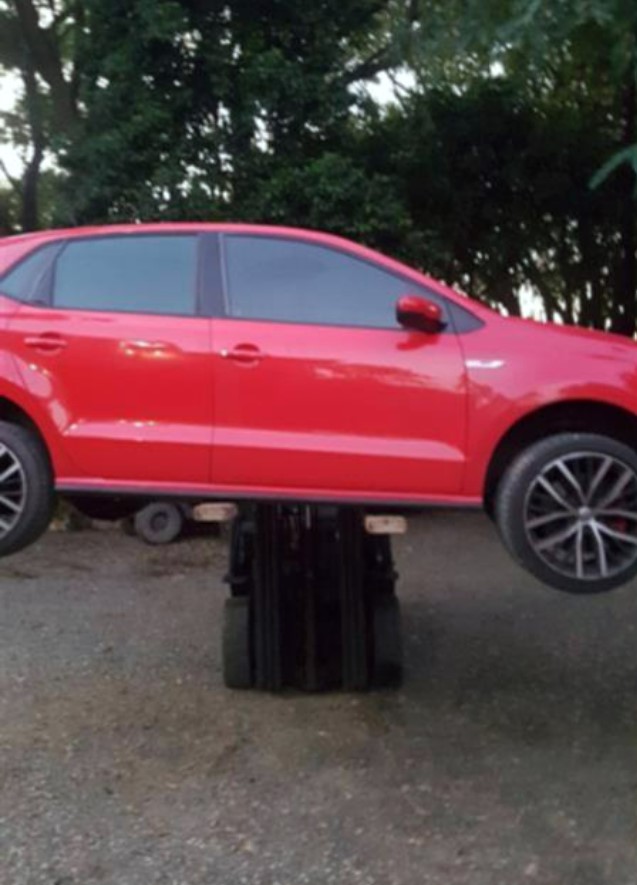 Mills reckons he gave her the chance to get out of the car and f**k off, but she wasn’t too keen on the idea. “I gave the person plenty of opportunity to get out and they didn’t want to get out, they didn’t want a part of that. So, I said, ‘Well ok, you want to play it that way, I’ve got an alternative option here’. I went over, got the key to the forklift and picked the car up.”

Yeah, nah, deadset, because he works in the automobile industry, the legend had a forklift handy and used it to pick the car up off the ground, suspending the thief in the air until the cops arrived. 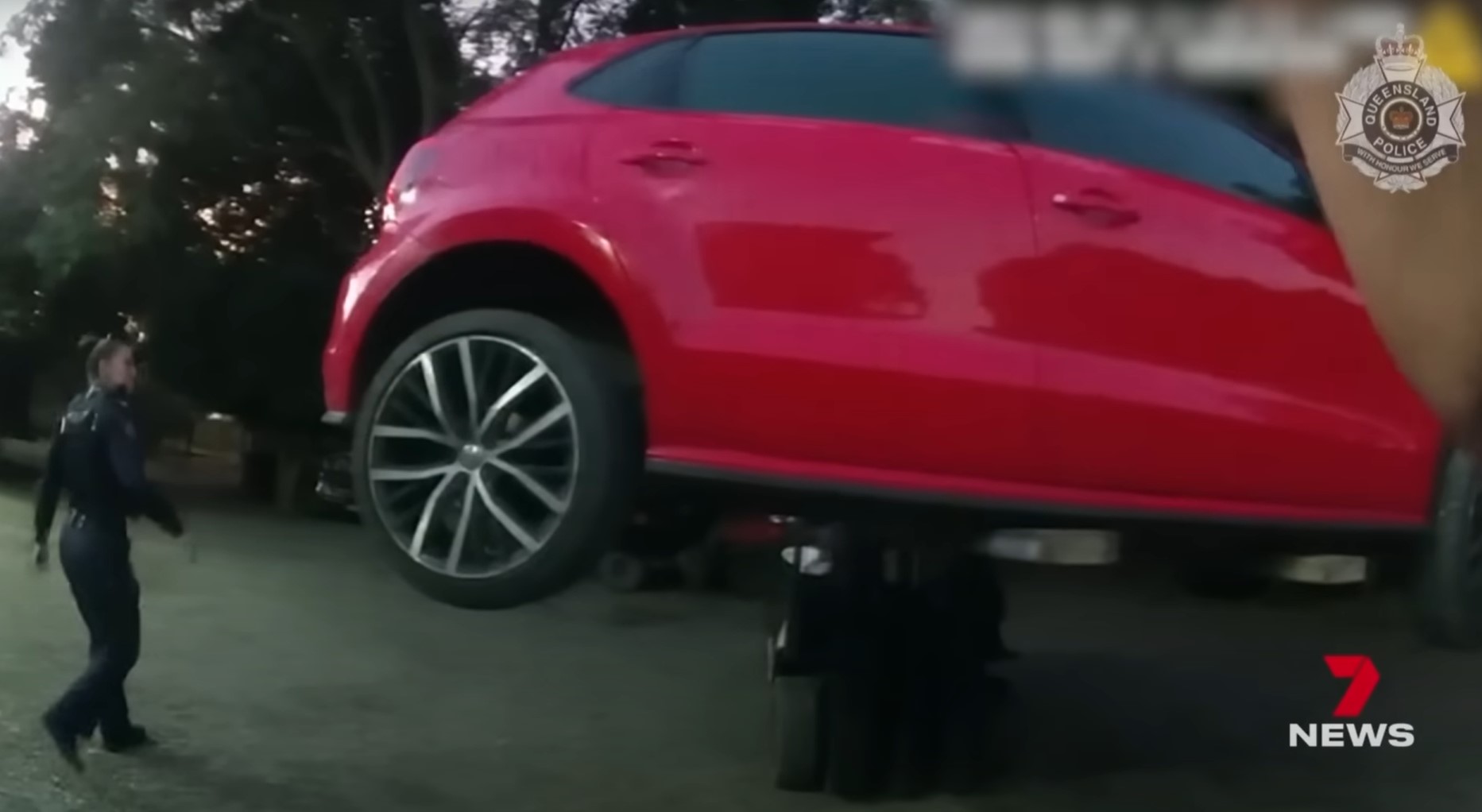 Final thought: Yeah, nah, as we said at the start, we bloody love a local hero here at Ozzy Man Reviews, and Brendo’s one of them. F**ken good on ya, Brendo. You’re a top bloke!

Just in case you missed it, here’s one of Ozzy’s latest commentary videos…Ozzy Man Reviews: Journey of a modern Entrepreneur – Ozzy’s Random Vlog #5