Rightio, ya big bloody bewdiful legends, for today’s piece, we’re gonna need to take a little ride back in time. We’re having a squiz at YouTube’s musical marble master, Wintergatan’s latest video and comparing it back to one of his early ones. So, if you don’t know who this bloke is, strap yourself in and get ready to have a f**ken ball!

All right, so, Wintergatan, for those of you who are uninitiated, is a Swedish folktronica group, but to most of us, they’re the guys who’ve got the musical marble machine. In particular, we’re catching up with Martin Molin and his work with this beastly f**ker.

If you remember the heady pre-apocalypse days of 2016, you might also remember Wintergatan appearing online with their video titled Marble Machine (music instrument using 2000 marbles). With over three and a half-million views, it’s safe to say that one’s been a success.

Check it out right here:

Of course, unbeknownst to many, Martin has just kept on improving the machine over the years. Just a couple of days ago, he kept us posted with his latest update: Playing 10000 Marbles – Marble Machine X Accuracy Test.

Now, the video itself is exactly what it says. It’s a test of the accuracy of the machine and its ability not to spill marbles all over the f**ken floor. We won’t spoil whether or not it’s successful for you, but we will mention that it’s well worth comparing the machine now to the machine then.

As you can see, the machine is now a f**ken work of art. Yeah, nah, it’s a big bewdiful b**tard and it’s a pretty bloody marvellous bit of engineering. Just compare it to the previous one, and you’ll see that it’s been truly pimped out!

It’s obvious that this thing’s a labour of love, and it’s pretty f**ken cool to see Martin, who is actually a real musician, taking samples of music as he gives his testament to ingenuity and patience a run-through. 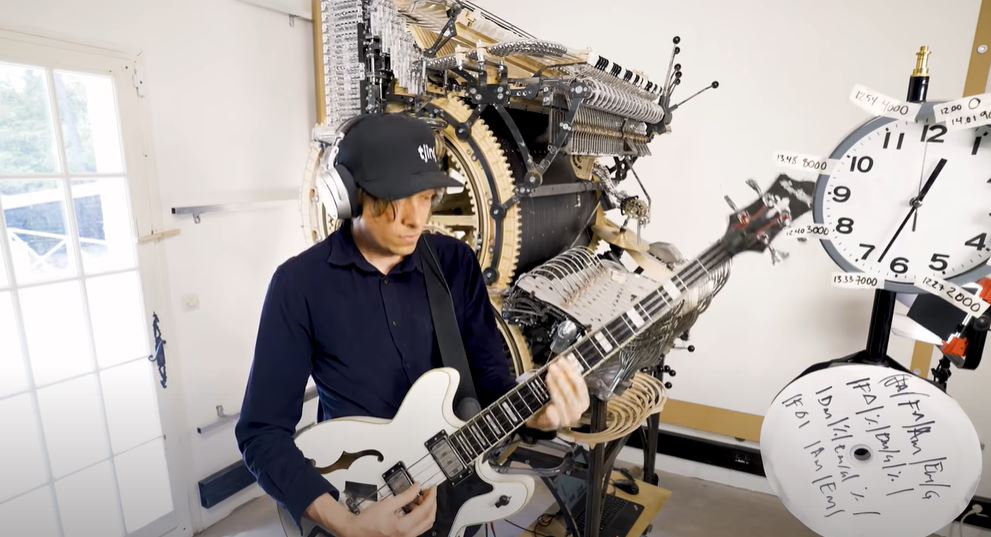 Give it a squiz. You won’t be disappointed.

Final thought: We dunno about you, but we reckon this might be one of the fanciest musical instruments we’ve seen. Give both videos a squiz and let us know what you reckon. Is this thing going to become so big it does what the Hadron Collider couldn’t? Post your thoughts in the comment section.

Just in case you missed it, here’s one of Ozzy’s latest commentary videos…Ozzy Man Reviews: Getting Shat On