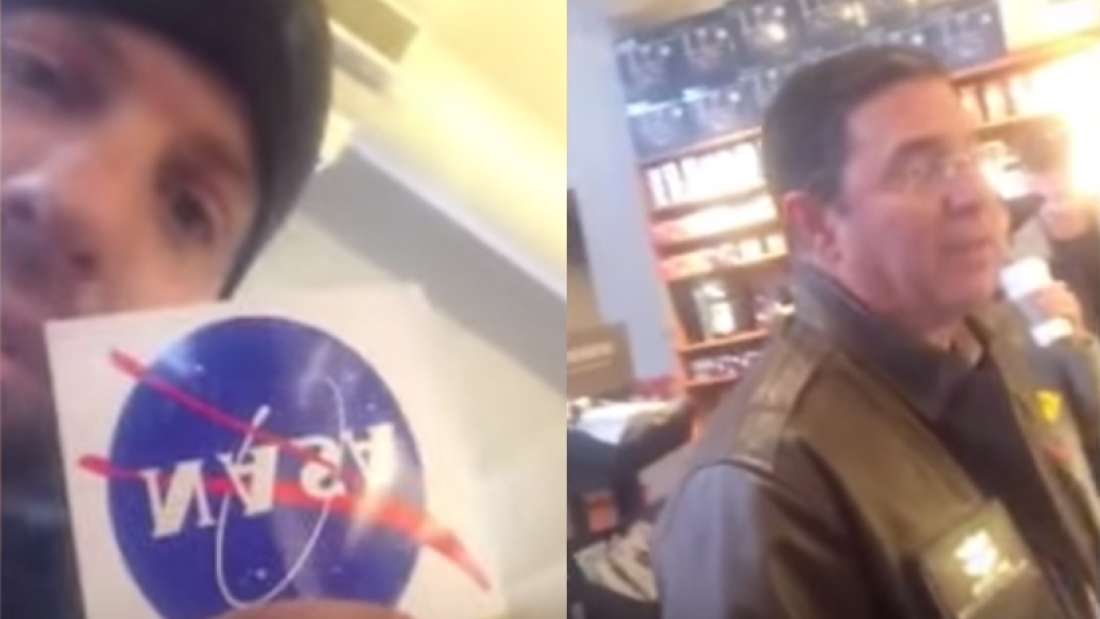 The brilliant thing about the Internet is that no matter how extreme, fringe, or outright idiotic your ideas are, you can find a bunch of idiots just like you to validate your ideas!

In the 21st Century it’s hard to believe that movements and organisations such as the Flat Earth Society could possibly take root. Information has never been more freely accessible than at any time in human history, with numerous sources of free information available almost instantaneously to anyone with an Internet connection. Yet here we have a flat-earther harassing a NASA employee after he didn’t like the answer he received on why astronauts were almost drowning in their own space suits, something he could’ve just as easily Google’d. At one point it looked like the NASA employee was about to lose his patience and deliver some good ol’ fashion ‘Murican whoop-ass, but he maintained his civility though out the encounter before Thompson was asked to leave by staff.

The human race, or at least parts of it, has understood that we don’t live on a flat plane since the second century BC, when Eratosthenes, a Greek mathematician, was able to calculate the diameter of the Earth to the within a 10% margin of error.

Thompson is the founder of the Official Flat Earth and Globe Discussion page on Facebook, which at this time has over 31,000 members. It’s hard to tell exactly how many of these members are serious and how many just show up to troll the page, but either way, it’s a clear demonstration of the power of the internet to bring lots of stupid people together. They even have their own Redbubble store where you can buy shirts guaranteed to repulse any intelligent woman you may approach at the local pub, and instantly get you qualified for Disability Allowance if you wear one to Centrelink.

This video comes with a warning as it may cause sudden reductions in intelligence.