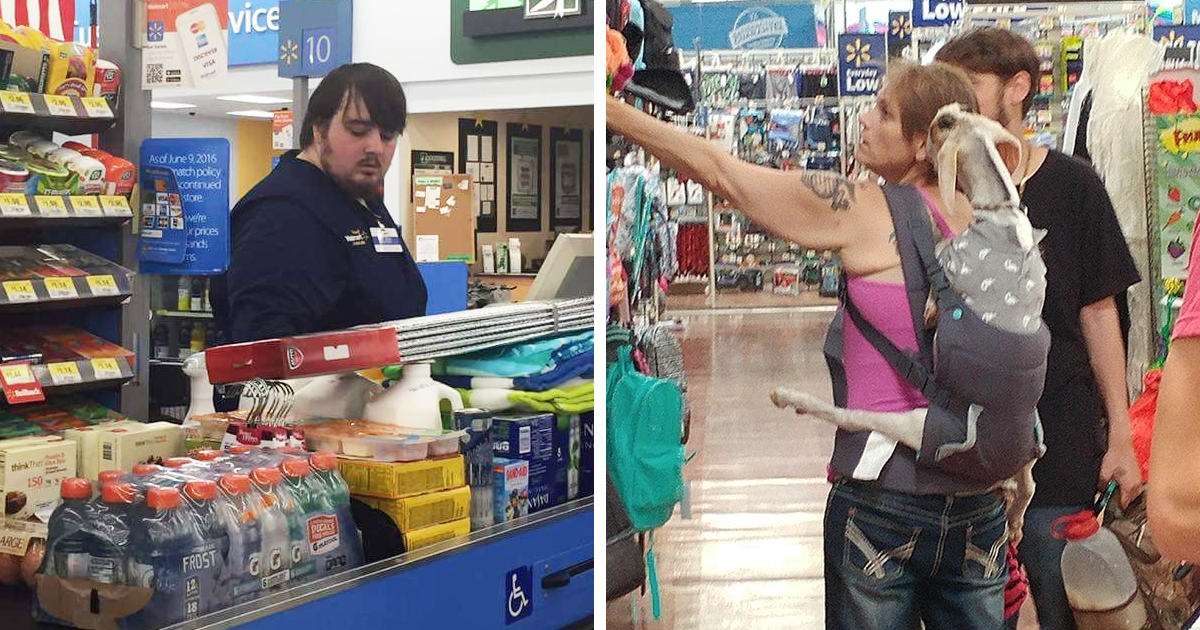 Some of the best things people have seen at the supermarket…

Is there anything more mundane and domestic than a trip to the grocery store? Deadset, you step inside the sliding glass doors and you’re hit with that artificial light, you’re chaperoned through a cattle-run of products and the whole time, you’re wondering whether you should spend the extra nine cents on the good frozen chips or whether you should buy homebrand. Is it any wonder then, that when you see something out of the ordinary at the shops, you need to celebrate it? 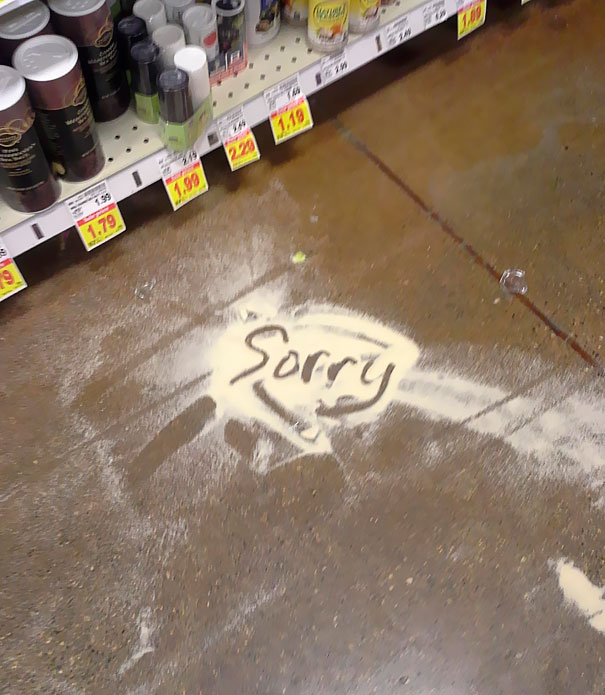 Let’s start with this one. Have a look at it and ask yourself whether you’d stop and take the time or whether you’d just f**ken leg it. I know what I’d be doing.

This was obviously filmed somewhere in Brazil. Old mate has got the tekkers to prove it too. 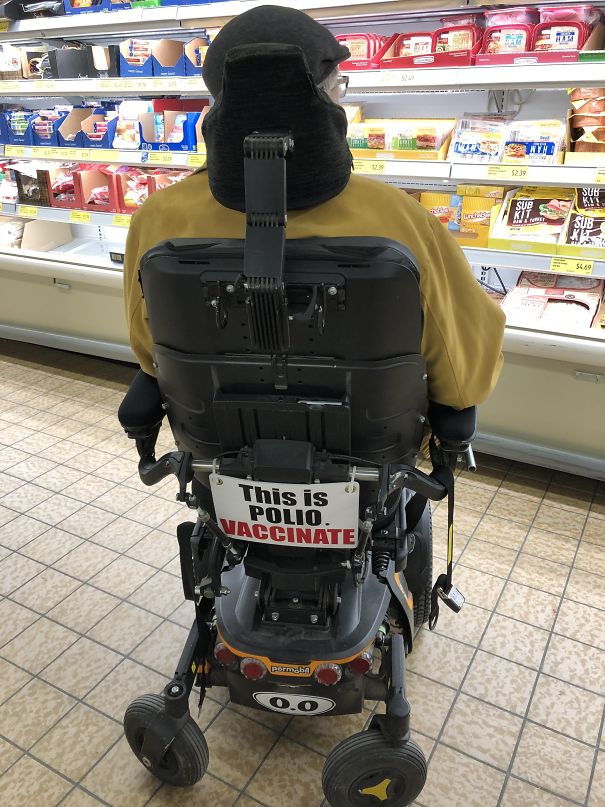 This is bloody awesome. It’s humorous and educational. 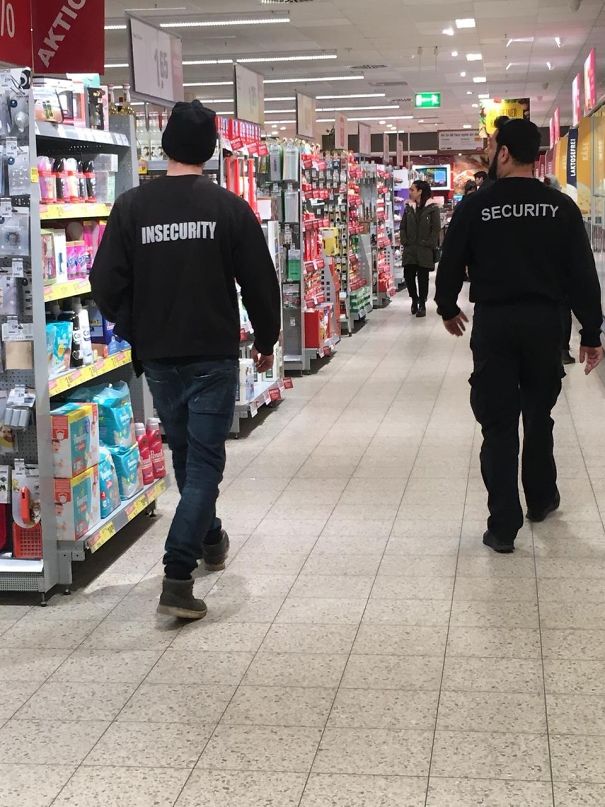 Geez, this is a story of internal conflict right here isn’t it. Just about the only thing that could make this better would be the two dudes having a wrestling match in the aisle. 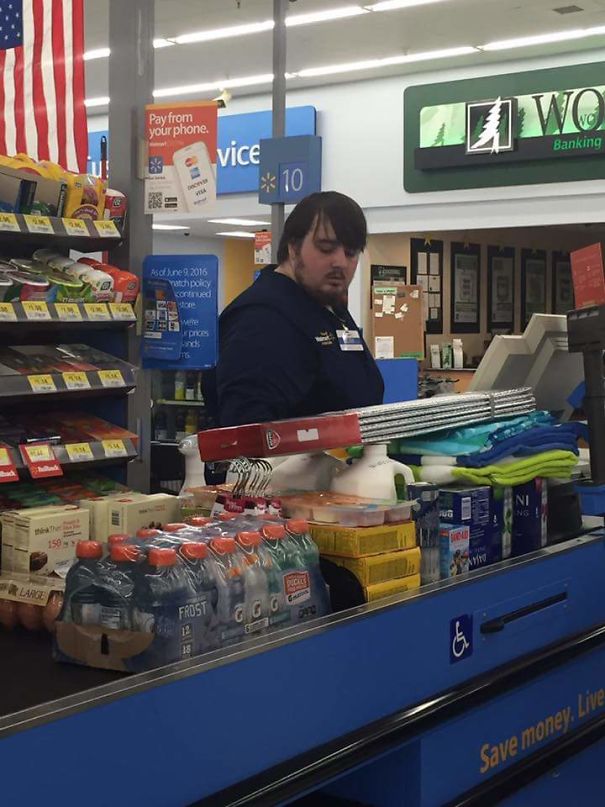 Um, if that’s not an old photo of Samwell Tarly at his day job, he’s got a bloody doppelganger out there. Let’s hope it’s not one of the Faceless Men. 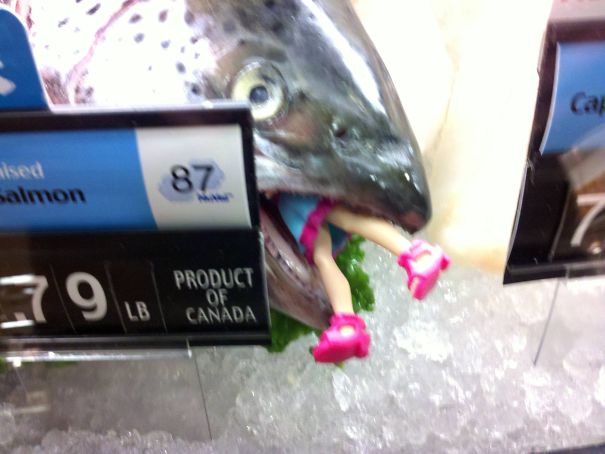 Ha. That’s f**ken great. You can just imagine Mum going, “Bradley, what are you doing with that Barbie doll? You know your old man won’t be able to cope – especially not after the roller-blades you wanted for Christmas.” 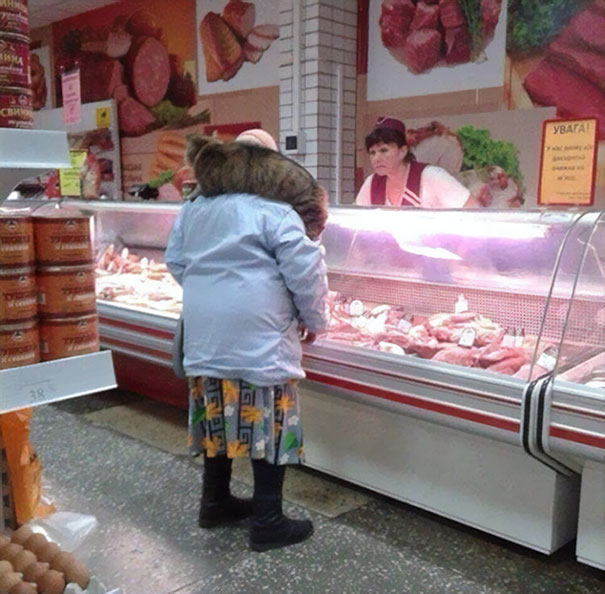 This is just f**ken baffling. Don’t these stores have signs that say ‘no animals allowed’? 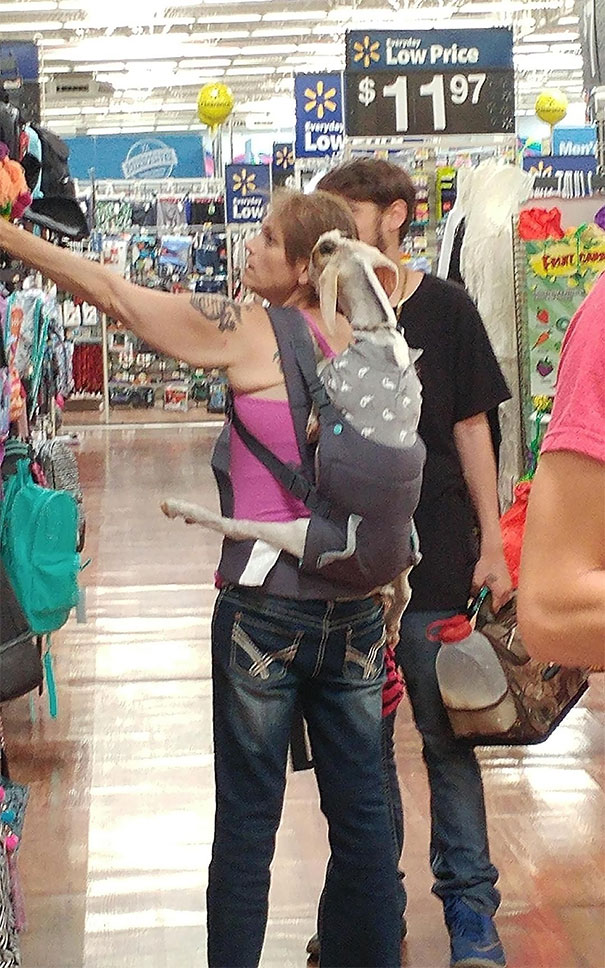 And you thought the cat was bad. Deadset, this one’s a worry. And, oh, holy sh*t, if they make their way to the salt, candle and black robe section that goat’s in real trouble. 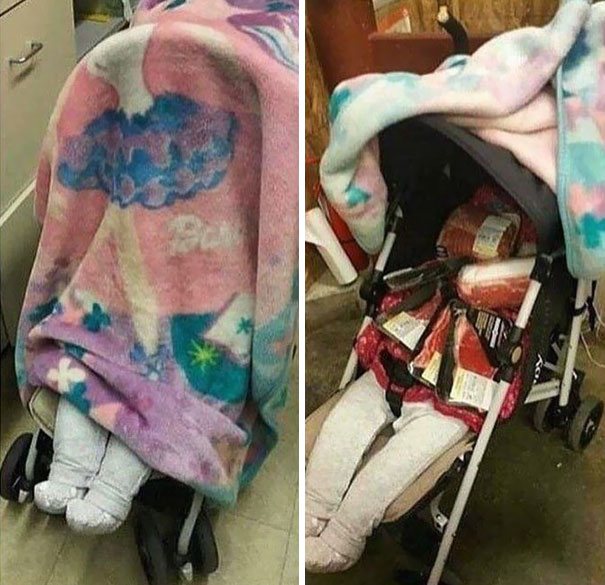 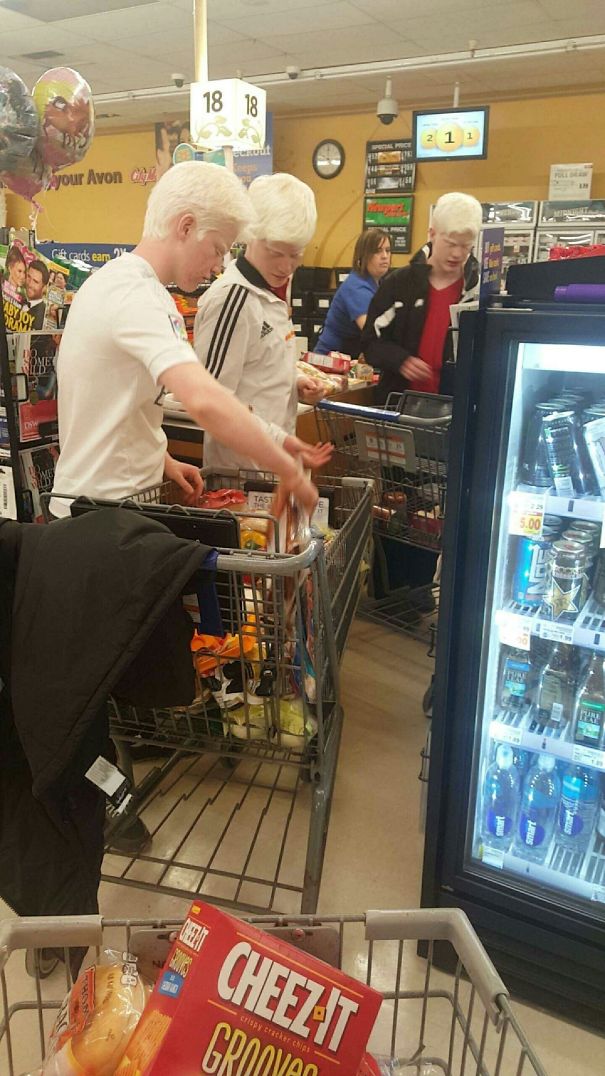 Yeah, nah, that’s some f**ken Village of the Damned sh*t right there. 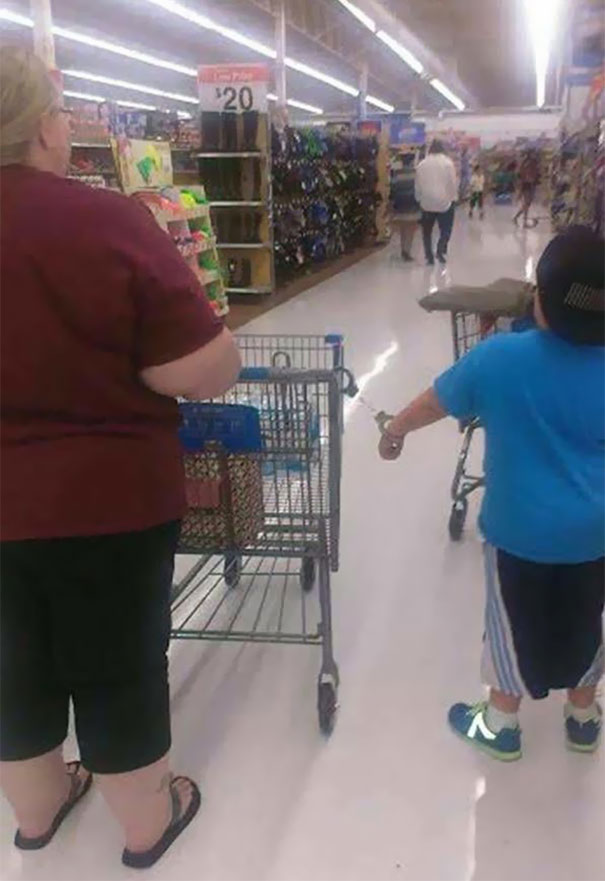 Ha! Look at that little delinquent getting himself a dose of redneck justice. You can imagine the hilarity that ensues when he makes a break for it and drags the trolley through the shops with him. Gold! 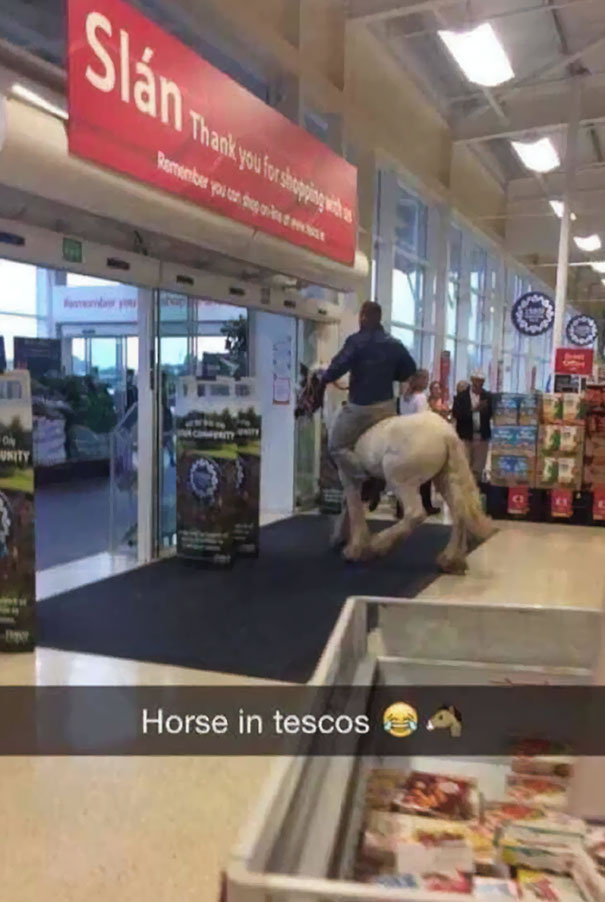 The caption says it all. It’s a f**ken horse in Tesco.

Final thought: Even at the best of times, the bloody supermarket is about as exciting as watching grass grow. Thankfully it was made a whole lot better for these blokes and blokettes. If you’ve seen something bloody awesome at the shops and have the photo to prove it, hit up the comments and let us know.

Just in case you missed it, here’s one of Ozzy’s latest commentary videos…Ozzy Man Reviews: Greatest police Fail Ever