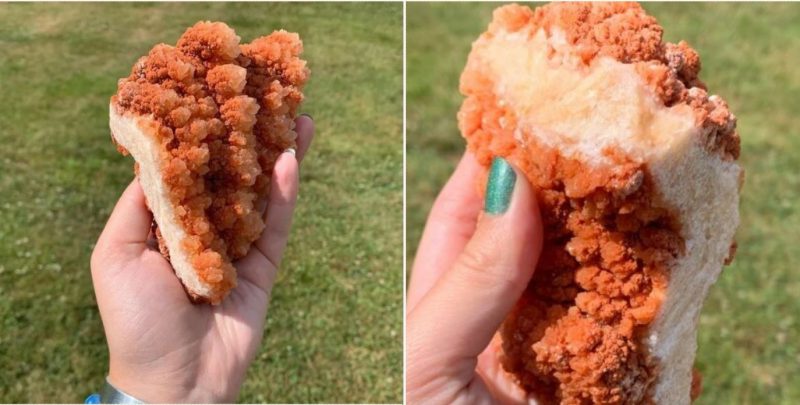 Yeah, nah, when most of us picture a crystal, we probably picture the sort of thing you’d see in The Dark Crystal. Apparently, though, that s**t’s got nothing on this real-life KFC crystal that’s been doing the rounds online. Have a bloody squiz at it and tell us you wouldn’t be tricked into taking a bite if you’d had a couple of beers.

The crystal belongs to a sheila from Indiana named Amelia Rude. She runs a gemstone jewellery business called Unreadable Energies. Among her personal collection of more than 700 gems, she’s got one she calls the ‘chicken tender’. 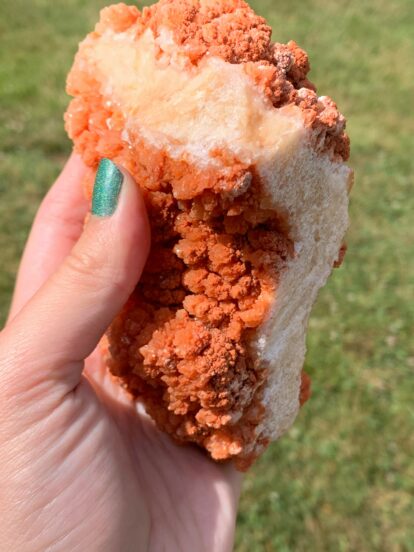 Have a bloody squiz at it, and you’ll see exactly why. Looking exactly like a hot and spicy tender, it’s been getting some serious love online. After Amelia posted it to her Instagram account, @fartpowder shared it on Twitter, and it’s been circulating like crazy.

Getting technical about the rock, Amelia says, “It’s a calcium carbonate cluster! There are two varieties: calcite and aragonite. A simple vinegar or HCl test would determine which one it is, but I’m hesitant to erode its natural crispy beauty.”

That is, in fact, my hand & chicken crystal lmao pic.twitter.com/PCupJDBCgx

And apparently, she also reckons it’s pretty common for crystals to look like food. “Lots of crystals look surprisingly edible, but I can’t say I’ve ever seen such a convincing chicken tender before. Slices of rhodochrosite can look like both ham and grapefruit, and dark pink rose quartz plays a good raw meat.” 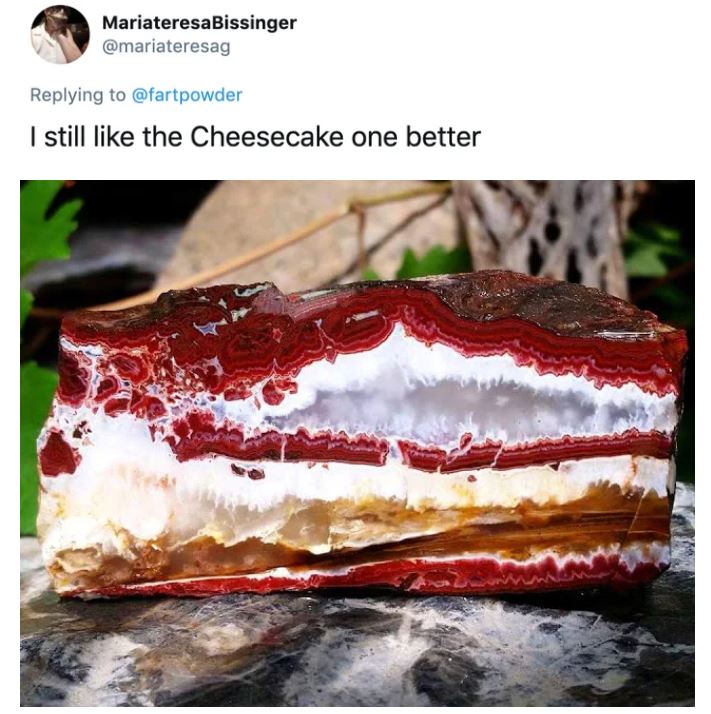 Unfortunately for Amelia, though, the bloody thing might cost more than a chicken tender, but it’s not gonna make her rich anytime soon. She says, ‘It’s probably not worth more than $30.” 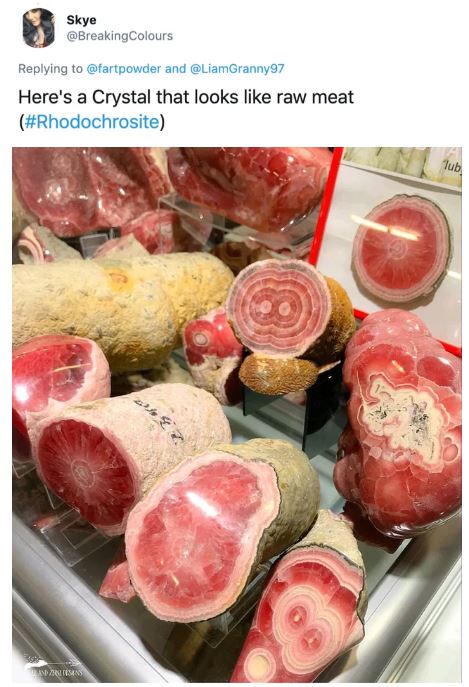 Final thought: Yeah, nah, we’re not sure how much of a final thought we can give you at the moment, we’re pretty stuck on the idea of KFC. Anyway, let us know what you reckon of this thing, and if you’ve got a food-looking rock of your own, you know where to stick it – in the comments section!

Good morning from me & my chicken tender crystal who is looking particularly edible today. I posted this as a joke on r/forbiddensnacks, and it’s really taken off 😂 UNILAD released an article about it today (link in bio). He is currently not for sale!

Here at Ozzy Man Reviews, we have massive respect for athletes and their dedication to taking their sports seriously. Of course, we also f**ken love it when an athlete knows how to have a bit of fun. And that’s what b...

We’re gonna go out on a limb here and assume that most of the people who read this site are bloody good people who know the science behind wearing a mask. S**t, we’re even going to assume you know the reason is public...