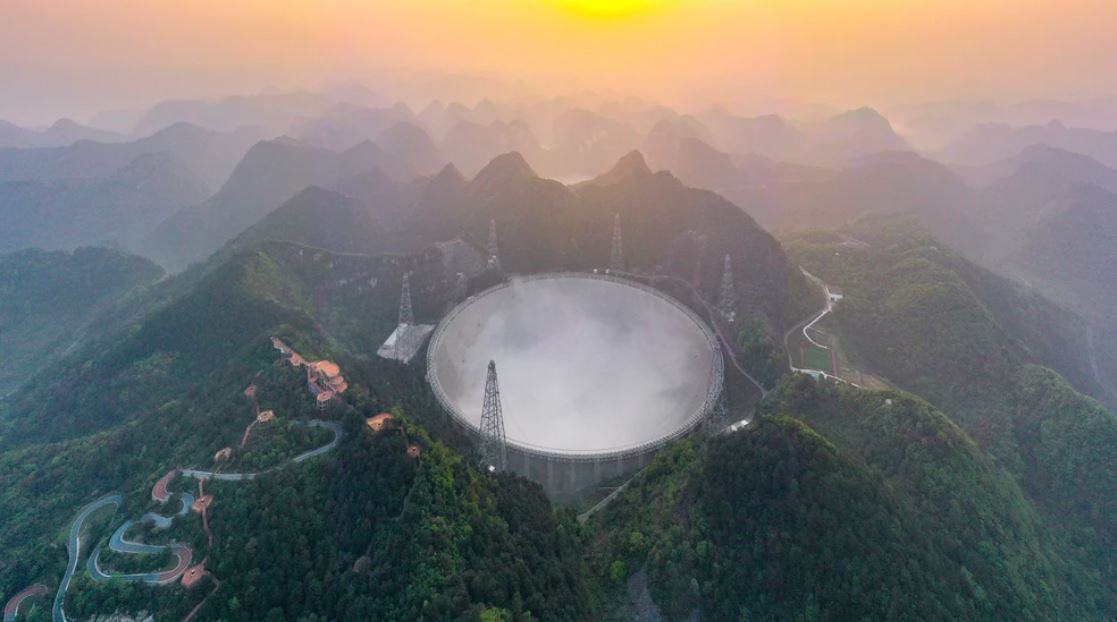 You know, now that we think about it, we really don’t talk about space enough here at Ozzy man Reviews. Nah, we hardly mention it at all. Maybe that’s because there’s just so much cool s**t here on Earth, or maybe it’s because the internet needs to focus on it more. We’re not sure, and we don’t really reckon it matters. Especially when you consider that we’re talking about it today. So, let’s have a squiz, because scientists have just detected a s**tload of radio signals from a mystery source in space.

Now, we’re gonna start by getting excited. Obviously, we hear space, we think Sigourney Weaver, we think Alf, we think bloody Star Trek. So we wanna know where these things are coming from and we wanna know if they mean extra-terrestrials are trying to phone home and we’re intercepting the waves.

COSMOS / DETECT IN DEEP SPACE!
More than 1,600 fleeting radio signals generated by a single source in 47 days, since they were discovered in 2007, fast radio bursts (FRBs) have fascinated and intrigued the scientific community …https://t.co/9kr9H0I9Xi pic.twitter.com/0rHUDqFp61

Well, the thing is, we’re not sure. Yeah, nah, science isn’t sure either. Right now, they’ve intercepted the signals and they seem to have figured out one thing they’re not coming from, but there doesn’t seem to be confirmation of what they are exactly.

Outer space is chirping, and no one quite knows why.
Known as fast radio bursts, or FRBs for short, these very brief yet incredibly powerful bursts of radio wave energy appear to be coming from all corners of the universe. https://t.co/PgNhSObTvd

So, with that said, we’re gonna point out that since 2007, they’ve been intercepting Fast Radio Bursts (FBTs) and they think they come from cataclysmic events like stellar flares and colliding neutron stars.

Still, let’s get some expert quotes on the matter. Dr Bing Zhang, a professor of physics and astronomy at the university of Nevada Las Vegas and a co-author of the latest report about these 1652 FRBs says, “Our results suggest that the bursts are likely produced from the magnetospheres of magnetars, if magnetars are indeed the sources of repeating FRBs.”

"That being said, Zhang noted that the new research essentially rules out one leading theory for the source of FRBs."https://t.co/vFdhUsihfG

And we’re not gonna lie. That totally sounds like chestbursters to us. We think. Yeah, nah, aliens are coming. The science is in. F**ken run.

Could it be that repetitive FRBs are caused by aliens trying to either get in touch or simply make their presence known? Don’t bet on it. The FRBs for which we know a distance are all over the sky – and are separated by billions of light-years. https://t.co/5E5fjASMAn pic.twitter.com/iBsYeEZ21B

Final thought: Look, obviously, we’re bulls**tting, and the reality is much more mundane than that. The crux of this story really is that scientists know how to capture these radio bursts as they come to earth, but they don’t know where they come from. So, considering your guess is as good as ours, let us know what you reckon they are.

Before we begin, we’d just like to point out the obvious. When you’re talking about shacks, there’s a pretty fair question about whether or not a shack that costs $50,000 really counts as a ‘shack’ at all. After all, ...