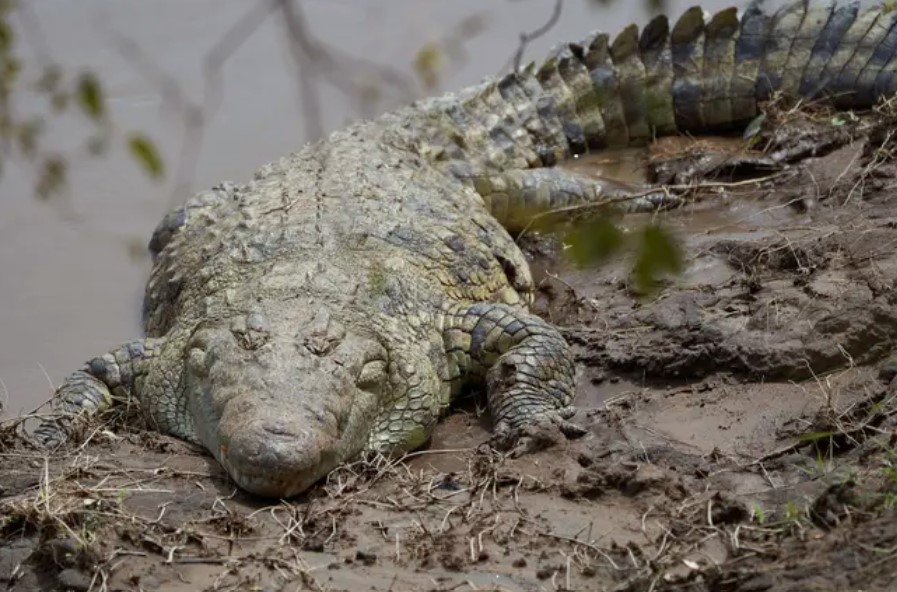 It’s no secret that we love a bloody good crocodiliac story here at Ozzy Man Reviews. Yeah, nah, we’ve done heaps of ‘em in the past, and we’ll no doubt do heaps more. Still, we’ve gotta say that we don’t often get to bring you stories like this bewdy. Have a bit of a read to find out how scientists found a fossilised croc that had been feasting on dinosaur babies…

All right, if you know anything about crocs, you might know that they’re often referred to as living dinosaurs because they’ve been around for so bloody long. Fair dinkum, even our modern crocodiliacs go back thousands of years, and fossilised ones from even further back have been found all over. 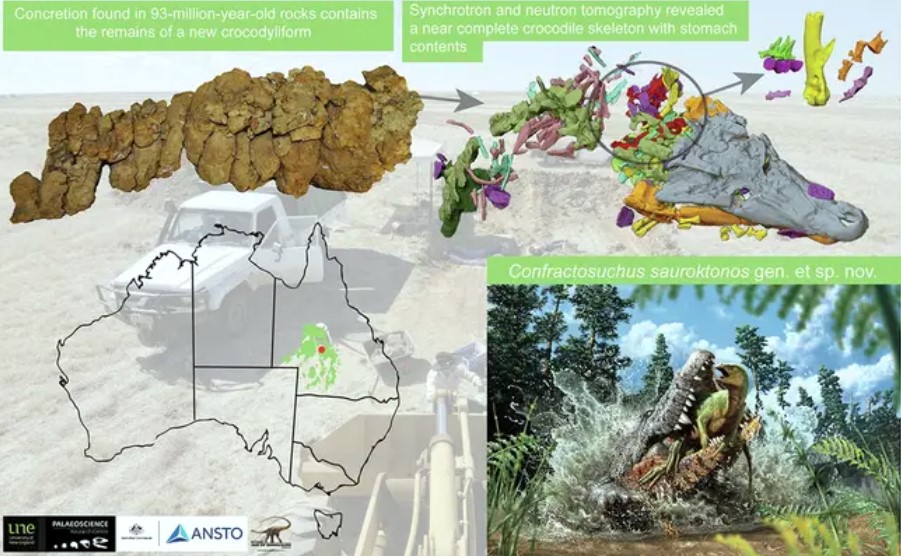 And it’s with that news that we introduce you to the latest croc fossil, Confractosuchus sauroktonos. Obviously, that’s its scientific name, but in translation, blokes in the know call it the broken crocodile dinosaur killer. It’s about 2 and a half metres long, and it was found inside a broken rock in Central Queensland.

More amazingly, though, scientists were also able to work out what the bugger had for din dins on the day he died: a f**ken baby dinosaur. Yeah, nah, he really did. 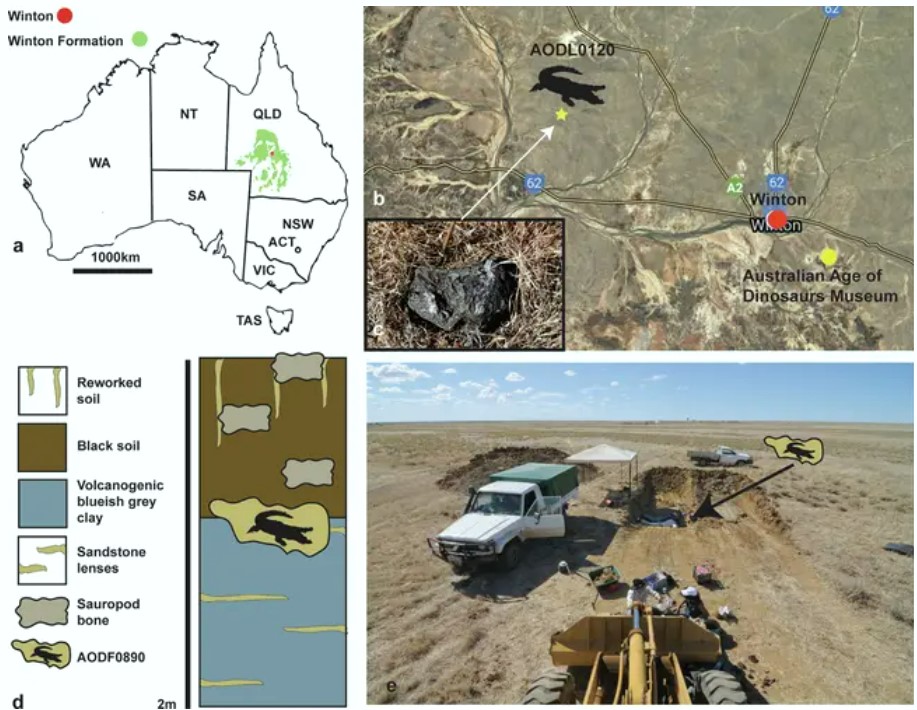 The dig’s Senior Instrument Scientist Dr Joseph Bevitt, co-author of the study, reckons: “The fossilised remains were found in a large boulder.” He went on to say, “In the initial scan in 2015, I spotted a buried bone in there that looked like a chicken bone with a hook on it and thought straight away that it was a dinosaur. Human eyes had never seen it previously, as it was, and still is, totally encased in rock.”

Of course, with fossils, you can never be too sure. After all, maybe the dinosaur and the croc just happened to die in the same place, but Bevitt reckons the team checked the dig to make sure that wasn’t the case. He said they checked, “infilled worm tunnels, plant roots and geological features that extended between rock fragments.” He then said: “The chemistry of rock provided the evidence.” 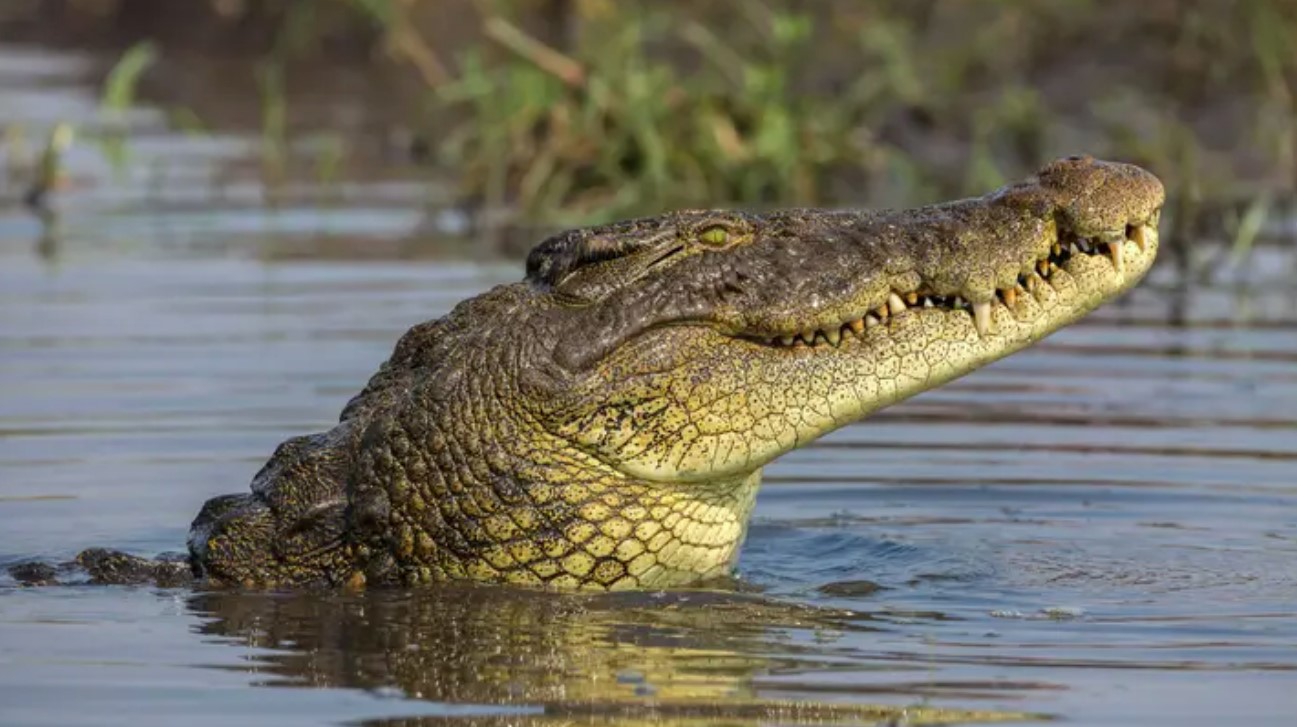 It’s thought the croc was caught in a flood and buried beneath the sediment before it could get away.

Final thought: Yeah, we f**ken love this stuff. Crocs are bloody classic Australians, and we love finding out more about them, so this is definitely a story that put a smile on our faces.