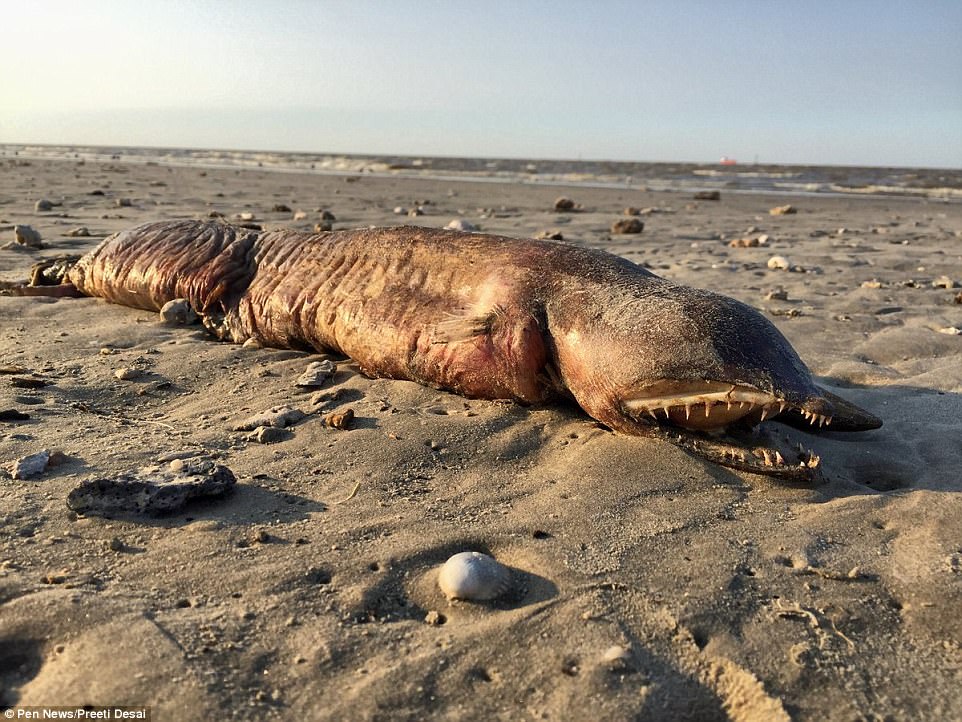 Of course, we do sometimes get some partially decomposed horror thrown up on our beaches after a big bloody storm. And that’s exactly what’s happened in the wake of Hurricane Harvey.

Have a geez at this bloody thing! 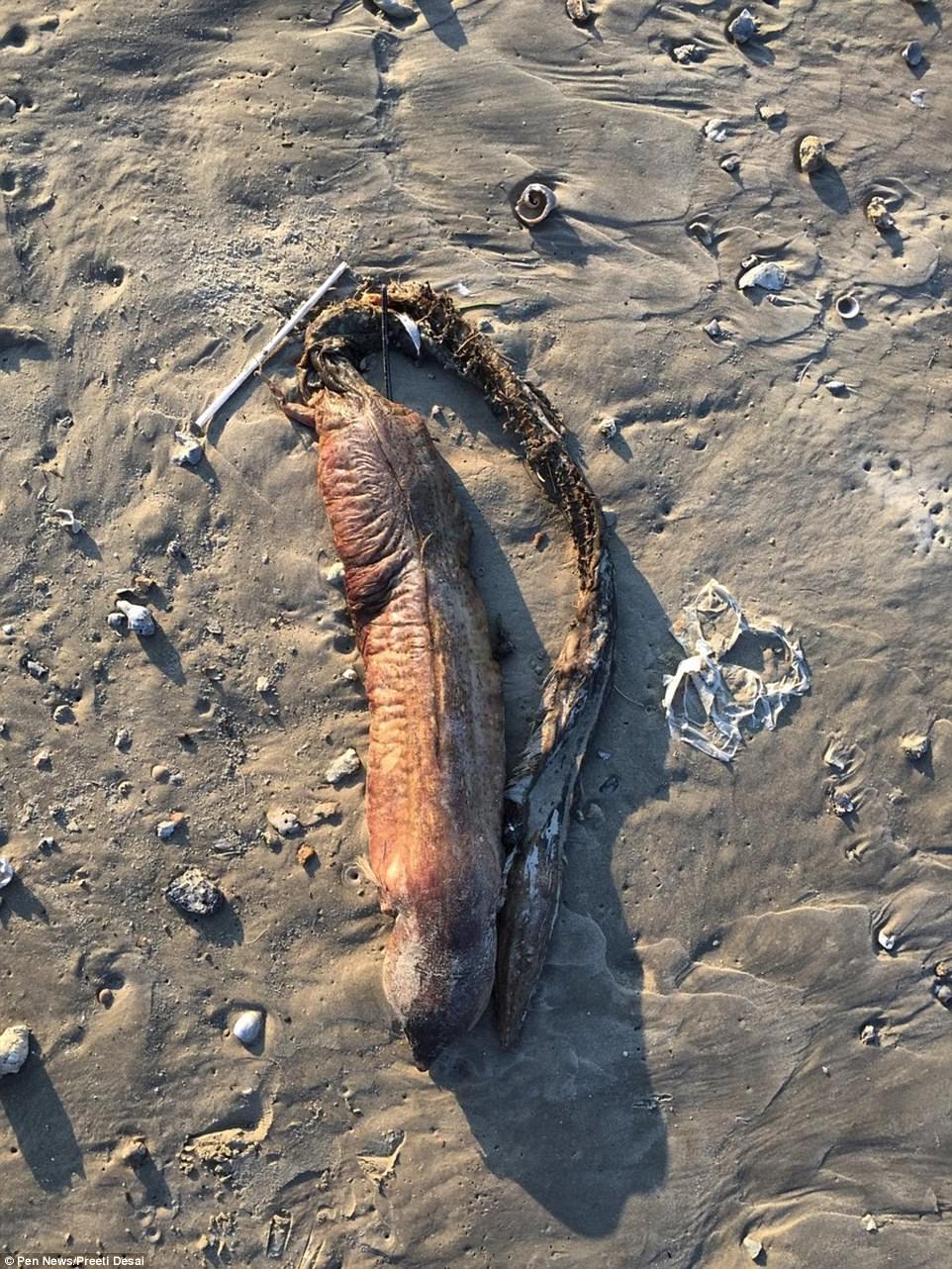 Does Ursula the sea-witch need lube or does the slime on this thing do the job? Credit: Preeti Desai

Preeti Desai of the National Audoban Society, a US group dedicated to the conservation of birds and healthy ecosystems, found the aquatic nightmare washed up on a Texas City Beach after Hurricane Harvey.

With absolutely no idea what it was, she emptied the brown stuff that had filled her pants and took to Twitter to get help identifying the monster from biologists, scientists and cultists of the deep one, Dagon. 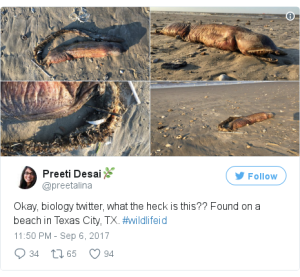 Most of the blokes and blokettes who looked at it thought it must be some kind of eel. Young Preeti Desai said, ‘F*** yes, it must be,’ and slapped herself in the forehead. One of the blokes who reckons he knows what it is works at the Smithsonian Museum of Natural History.  This cobber, Dr. Kenneth Tighe reckons it’s a tusky eel. Apparently they live in the waters of the Gulf of Mexico. 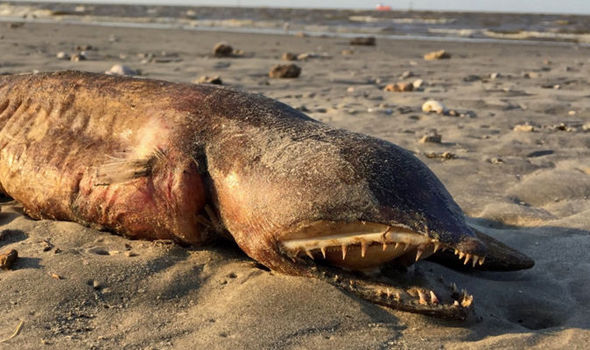 Whether it is or not, who really knows. The point is that the deep sea is still full of mysteries and scary looking little b*****ds with teeth that’ll rip your dick off. Probably a good reason to stay away!