There aren’t too many athletes in the world with a higher profile than Cristiano Ronaldo. Yeah, nah, the living legend is pretty much at the pinnacle. Naturally, he can still be a bit of a divisive character. Some see him as a bit of a showpony whereas others think his work ethic and determination to be the best player he can possibly be are pretty f**ken commendable. One thing that’s not up for debate, though, is what a top bloke he is. Check this s**t out…

The Juventus striker is turning all of his hotels into bloody hospitals to help ease the burden on Portugal’s healthcare system. Apparently, he’s making it all free of charge, and he’s even paying the doctors and nurses who’ll be asked to work there. 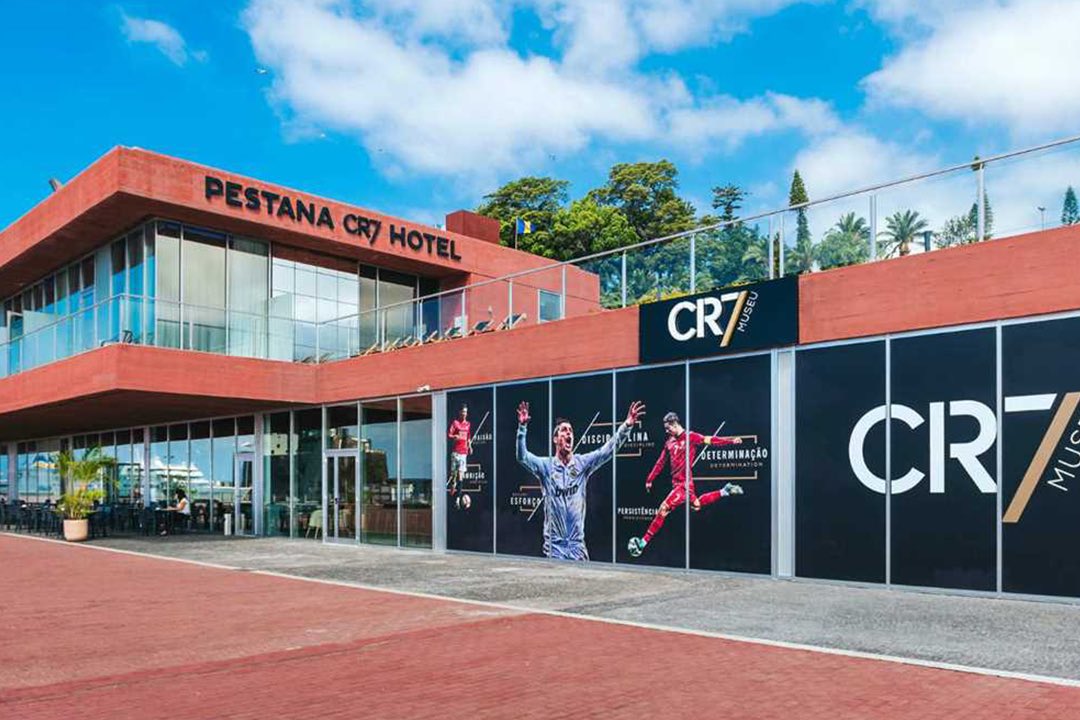 As far as we understand, he currently has two hotels in operation in Lisbon and his hometown of Funchal in Madeira. We’re not sure if the other three scheduled to open this year are included in his current plans, but either way, this is a f**ken tops move.

Spanish paper Marca was the first to run the report, but they’ve now taken the article down from their site and social media channels. Still, we know that Cris is concerned about the virus. 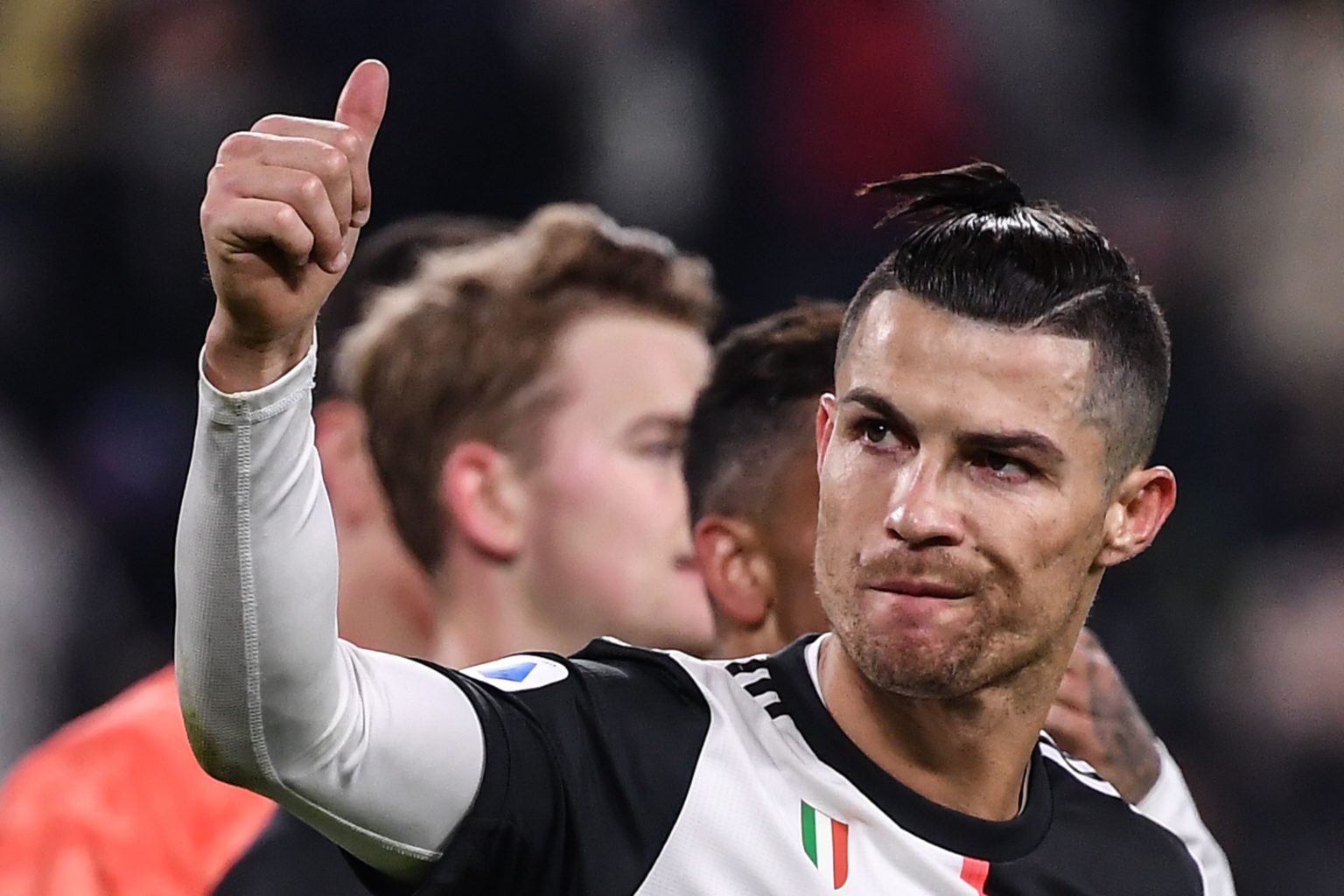 Just the other day, the former Real Madrid icon tweeted “The world is going through a very difficult moment which demands the utmost care and attention from all of us. I speak to you today not as a football player, but as a son, father, a human being concerned with the latest developments that is affecting the whole world.” 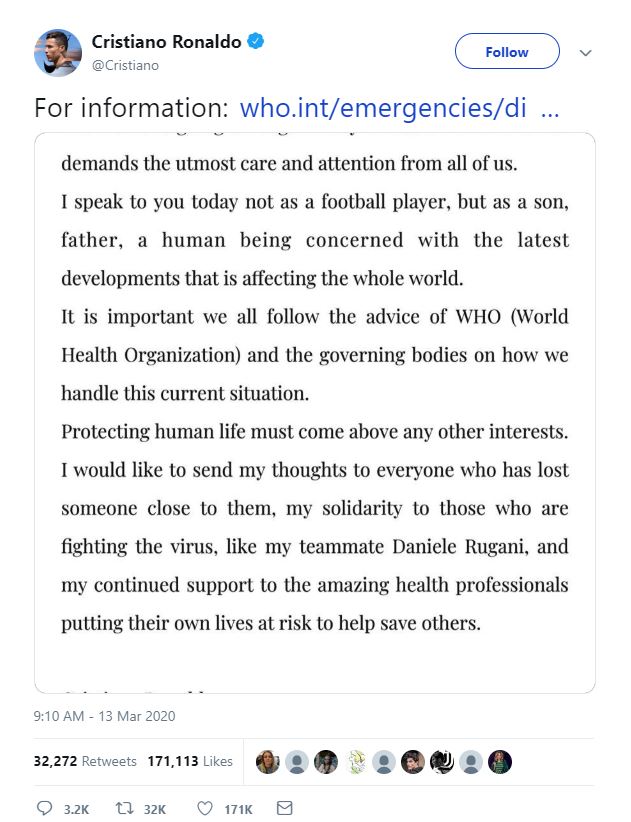 He’s certainly a bloke who’s giving this his utmost care and attention, and if this s**t doesn’t make you see him as a f**ken legend, you’ve got a cold heart, mate. A cold heart indeed.

At the moment, Portugal doesn’t seem to have been hit as hard as some of its neighbours, but with the threat of the virus being one that could overload the local hospitals, this is humanity at its best. 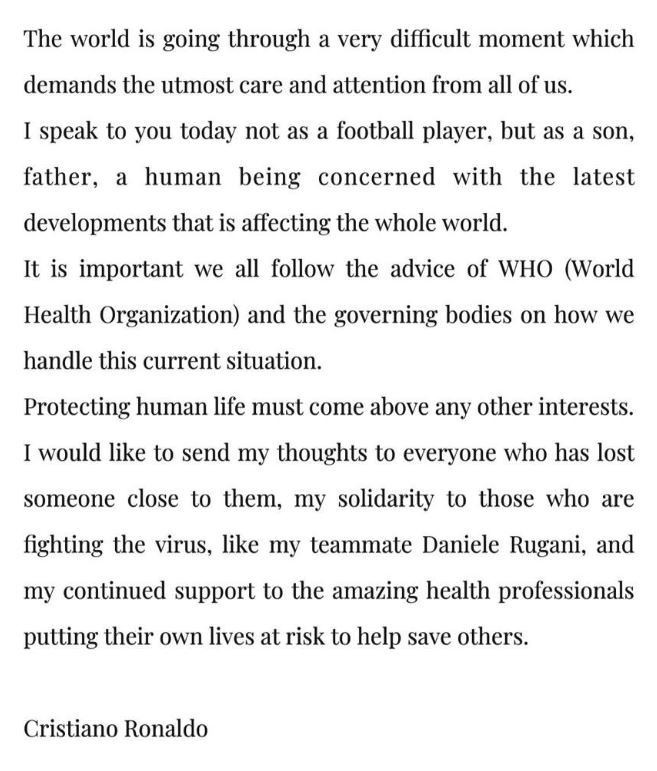 Final thought: If you do follow the soccer, you’ll know that the man’s a bloody machine on the pitch, and that he’s sometimes seen as a bit of a pantomime villain by opposing fans. With these actions showing that he’s actually a hero off the pitch, you’ve gotta wonder if he’ll be able to keep up that villain role.