If there’s one thing that’s pretty hard to disagree with, it’s this simple fact: fair work deserves fair pay. It’s not rocket science, and it’s one of the founding principles of our society. By the same token, while it can sometimes get hard to survive and you might need to pull a couple of dodgy ones, you should never do it on working folk. Yeah, nah, that s**t might result in the kind of thing you’re about to see in this clip…

Before we go on, we’re just gonna say that there are two sides to every story, and you’ve gotta take s**t with a pinch of salt, but this one seems to be fairly legit. With that in mind, we reckon this might well be deserved. Have a squiz and let us know what you think.

So, basically, Jonathan and Calum Morgan, a couple of Welsh blokes who run a waste removal and house clearance company gave a sheila a great price for a fair whack of work. They fulfilled their end of the bargain and performed the job.

And that’s when the sheila went AWOL. She told ‘em she was heading out to get the cash, and then didn’t f**ken return. Naturally, that’s gonna piss people off. So you can see exactly how much, we’ll cross over to the boys involved. On their Facebook page, they said:
“Unfortunately, today we came across our first real-life knocker (a person who intentionally withholds fair payment for the purpose of personal gain).

After many hours of being lied to, bounced back and forth different telephone numbers we came to the conclusion that we had in fact been knocked. We spent three hours in the blistering heat tidying this person’s home up for them only to be ripped off for our money and therefore we took the decision to give them their waste back.

Wrong, Right? I’m not looking for a debate, we are just making it clear that if you think ripping off working men for their wages when they have children to feed and homes to run then you will be getting a seriously big load of crap put back on your toes.” 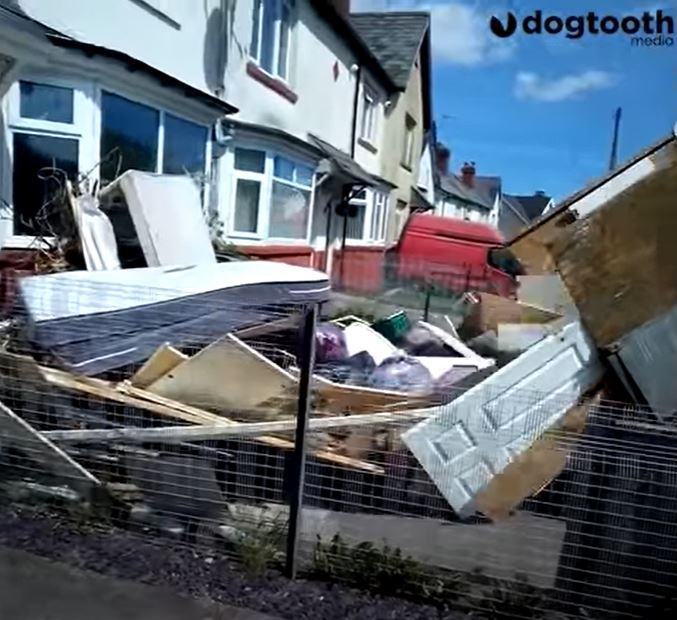 According to The Metro, the sheila involved even dared them to return the waste. S**t, by all accounts, she even dared them to film it. As you can imagine, they bloody did. You can see exactly how they ‘refunded’ the job in the video. Give it a squiz.

Final thought: Yeah, nah, as we said above, if the story’s spot on, we reckon this is pretty f**ken deserved. What about you lot? Let us know in the comments section.