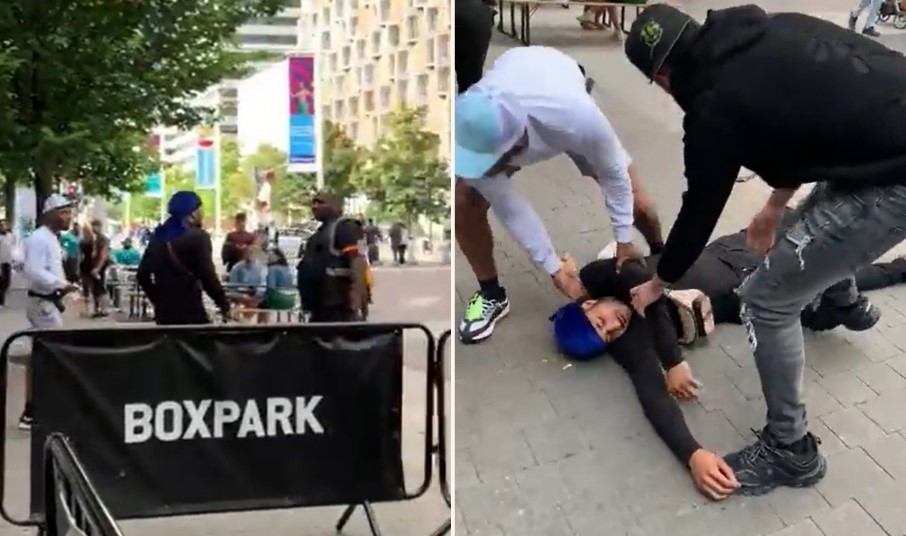 For all the talk about celebrity boxing matches lately, it’s important to remember that the real pros – the ones who are properly trained boxers who do it for a career – are still the best in the business. Yeah, nah, deadset, it takes a lot of natural talent, a lot of practice, and a keen eye for a f**ken clean punch that never goes away. Check this video out to see what we mean…

Rightio, in this one, you’re going to see former British Heavyweight Boxing Champ Julius Francis show us that although he’s 57 years old, he can still swing for the fences. As part of that, you’re also going to see the moment a bloke who truly deserves it, takes a very short trip to Destination F**ked.

We join the video right when some young ruffian is going off like a frog in a sock. Yeah, nah, he’s hurling some nasty abuse around, acting like he’s Billy Big-Balls, and pretending he’s the man with the million-dollar punch in this scenario.

and something tells me he won't be asking for something like that ever again. neither will baldilocks his friend.

Obviously, he’s not. Nah, he’s really not. As the video plays on, you can see Julius – who, remember, is a former heavyweight champ who even fought Tyson – decide it’s time to really lay down the law. And, you know what, we don’t know the prior context, but we make him right.

‘It was at this moment he knew….he fucked up’

He’s the bouncer, he’s told this rude young man to bounce, and he’s now being forced into a situation where he’s gotta do the business. After the clearly angered patron swings a punch at another customer, and then walks towards Francis, we see the former boxer line old mate up.

honestly who gassed this man up, he’s about 5 foot 10 and built like a carrot

When he lands the punch, the sound of it, meaty and solid, resonates like a f**ken bass drum. Not that you need us to tell you. Watch it below…

Final thought: Yeah, nah, we don’t condone violence, but we love it when someone who thinks they’re the master of it is quickly shown that they’re not. The bloke in this video played tough and now it looks like he’ll be eating through a straw for a while. Fark!