Hitler. There’s really no good way to have your products associated with the infamous dictator, murderer and general scumbag. Yeah, nah, when someone in the marketing department says you could use his likeness to drive sales, you fire them on the spot. Obviously, we’re not here to give you a history lesson, but the dude is widely accepted as being about as evil as Satan, Emperor Palpatine, and Piers Morgan, so you know…he’s a s**t c**t.

Of course, once you reach a certain age in life, there’s pretty much no way you can say you’re not aware of that. S**t, there’s probably not even too many places where they don’t know who Hitler was. So it’d be a massive stretch to believe that a shoe company as well-known as Puma would deliberately use his likeness in one of their shoe designs. 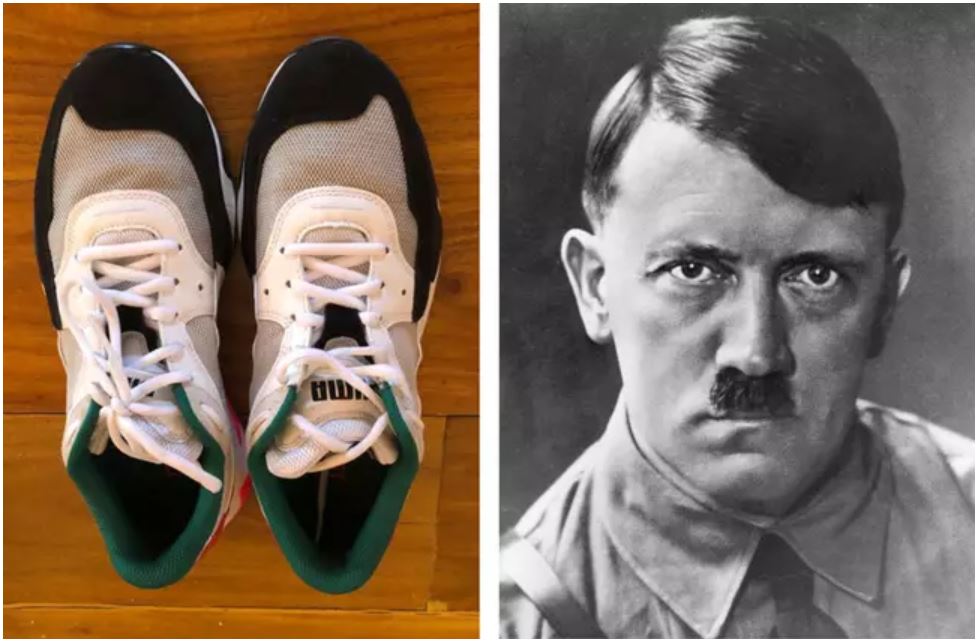 Yeah, nah, something like that would be bloody impossible. And, s**t, even if some shoes did come out looking kinda like one of the most evil men in history, the likeness couldn’t possibly be that strong. Surely. 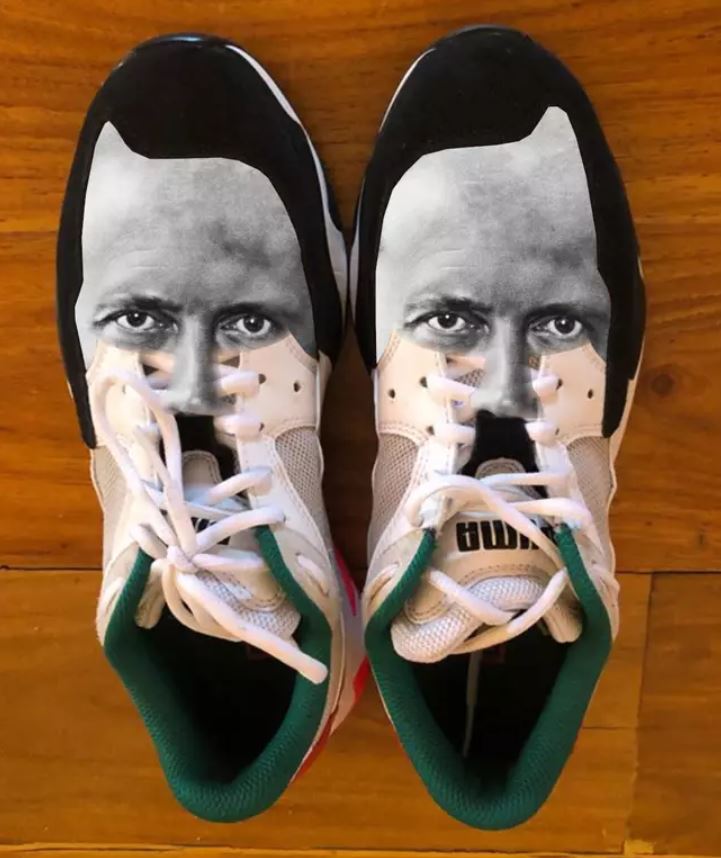 Except, these latest Puma shoes have certainly got a few tongues wagging. And, if we’re completely honest, we can see it. That little cut-away is reminiscent of the Hitler-quiff. The black patch on the tongue does look a bit like his toothbrush moustache. And, yeah, nah, we’ll go out on a limb and say the colours are even a bit ‘Hitlerish’.

Making matters worse, the shoes are called Storm Adrenaline. So far, Puma hasn’t commented on the issue, but as you can imagine, there are more than a few comments making their way around the Twittersphere. 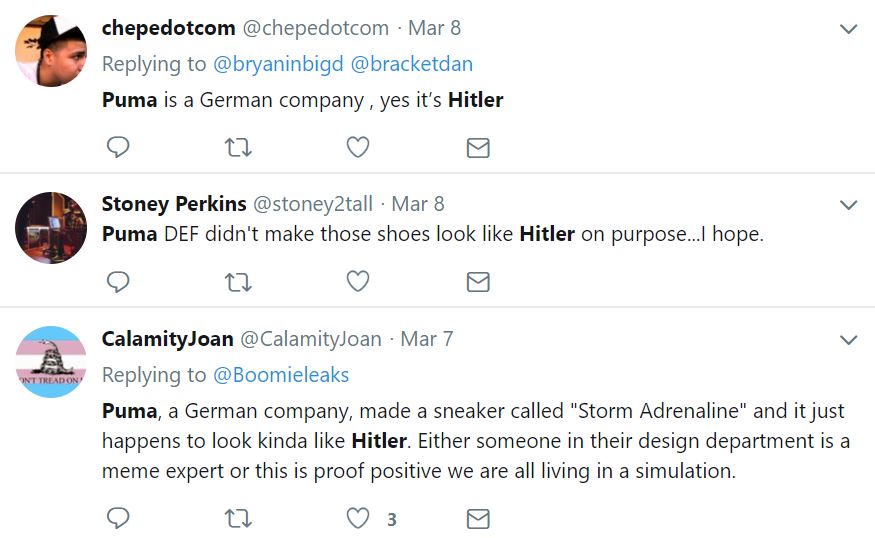 One sheila tweeted, “Puma, a German company, made a sneaker called “Storm Adrenaline” and it just happens to look kinda like Hitler. Either someone in their design department is a meme expert or this is proof positive we are all living in a simulation.”

Another decided to go with a lovely pun instead of commenting directly. “New Pumas are causing a Fuhrer.” 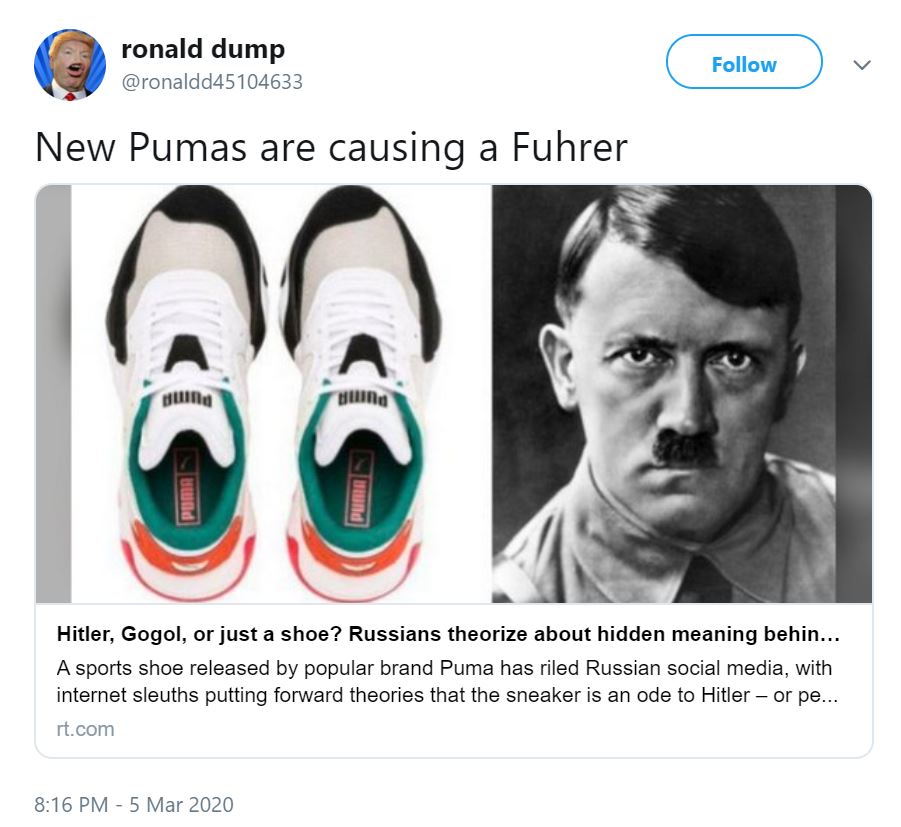 Honestly, we’re pissed we didn’t think of that joke first.

Final thought: Man, we don’t know what the f**k’s going on here. It could be the fact that just by hearing the train of thought, our brains were already trained into looking for the likeness, but we can see it. Deadset, we can see it. Whether it’s intentional or not, we don’t know, but we reckon you should avoid wearing them to Poland. Seriously.