Puffer fish destroys anyone in his f*cken way

Ooooohhh yyyeeeaaahhh!!!! It’s bloody fight time. Invite your mates over, crank up your f**ken Survivor album, knock back a couple of tinnies, and enjoy the latest and greatest animal battle. Today, we’re leaving the jungle behind. We’re moving away from the great plains. We’re even bypassing suburbia and heading to a new location. The underwater realm! Sure, it’s not particularly fair on the scorpion, but f**k it, it’s about time Puffer Fish got his shot at the belt.

So, let’s clear things right up. This isn’t only Puffer Fish V Scorpion. Yeah, nah, it’s a f**ken endurance contest and he has to get through Centipede as well. Anyway, enough f**ken chit-chat, let’s ring the bell and have at it!

Okay, okay, here comes Centipede. He’s not exactly sure what he’s signed up to, but the hundred-legged prick should go all right. He’s pretty f**ken venomous. He can whip that body like a f**ken…well, like a f**ken whip! Right, he’s dropped into the water, let’s give him a second to f**ken right himself and let’s have a fair fight. 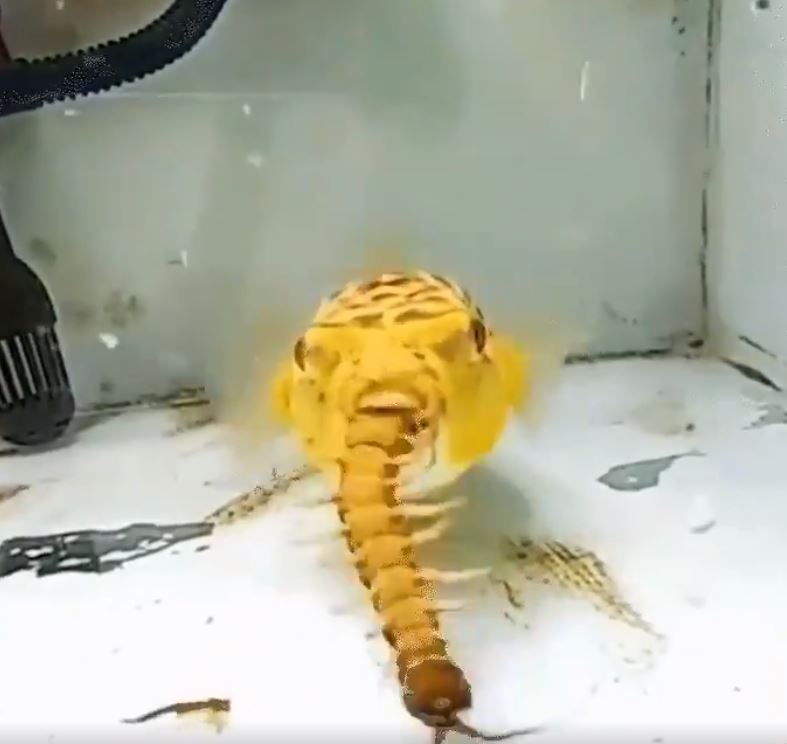 F**k me! Where’s his tail? Puffer Fish is a c**t. He’s the Mike Tyson of this battle and that Centipede’s ass is Evander Holyfield’s ear. Sh*t. We thought Centipede would have a fair crack, but no. Just a quick swim to Destination F**ked. Looks like he may gotten a bite in on the way down, but what a one-sided contest.

Right, who’s next? It’s a f**ken scorpion. They’re not exactly well known for their ability to fight underwater. Puffer Fish, who we’ve already established is a c**t, is like, “Come ‘ere!” Scorpion has a go with his claws, but he’s got nothing. His tail has been taken out of the equation in no time. He is just fodder for Puffer Fish’s death-delivering maw and he is also on his way to Destination F**ked!

If there’s one thing we can say, it’s that yeah, nah, Puffer Fish would probably be pretty sh*t on land, but in the water, he is a f**ken monster. This particular one is actually the star of a couple of YouTube vids, and he does not f**k about.

If you want to see what he does to the snake in the end of the vid, check out the bonus video we’ve posted below! 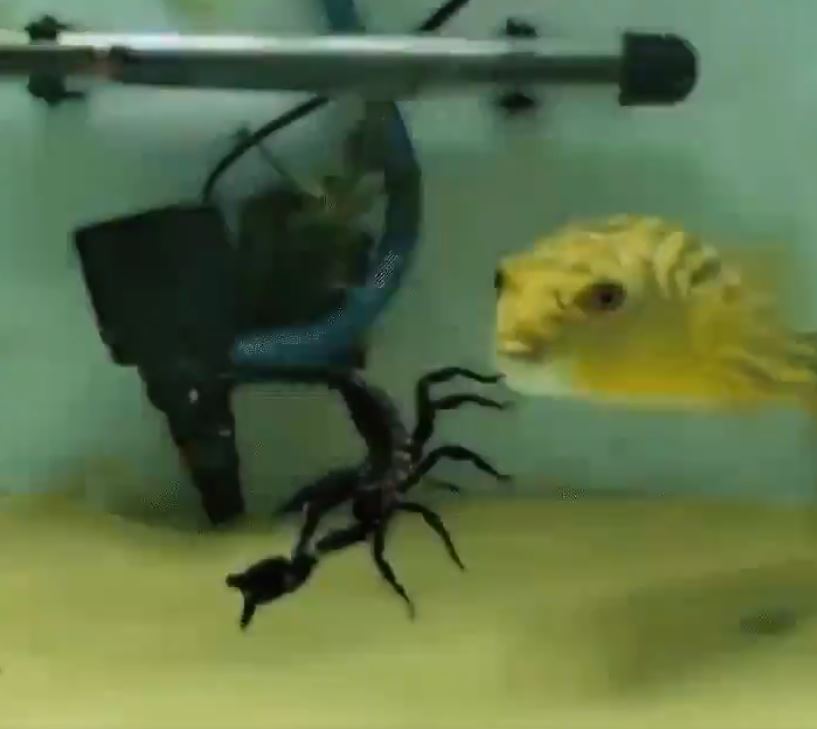 Final thought: If there’s one thing I didn’t expect, it’s the savage efficiency of Puffer Fish. I mean, yeah, it’s in the water and he was probably always going to win, but the bloody brutality of it. I guess it really puts into light just why big fish like sharks are so bloody dangerous. F**k swimming in the ocean ever again.

Just in case you missed it, here’s one of Ozzy’s latest commentary videos…Ozzy Man Reviews: When Animals Attack 5