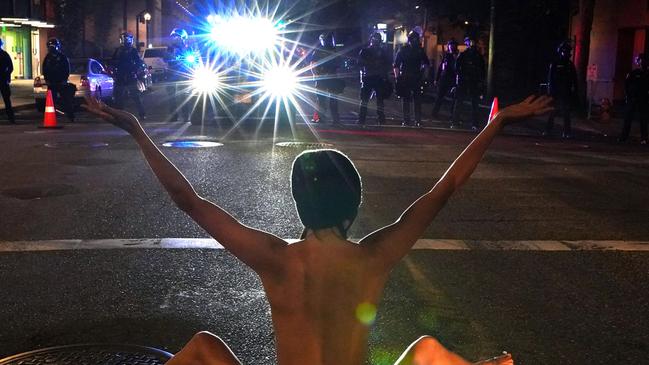 As you’re no doubt aware, the United States is a f**ken mess right now. We’re not going into the politics of it on any level here. Mostly because we don’t have to. The s**t’s obvious to anyone who can look at things objectively. But, sometimes we just have to cover stuff. Like Portland’s bare protester for example. We don’t know if you saw this chick and her yoga poses, but you might know that in Portland, the cops don’t give a f**k how they get you to comply. They just want you to comply.

Anyway, there’s tonnes of footage around on this one, but essentially you’ve got the police in Portland tear-gassing the f**k out of anyone and everyone. That alone has led to some great passive resistance that’s seen civilians using leaf blowers to clear the noxious fumes and continue their protests, but ‘Naked Athena’ had a different approach. 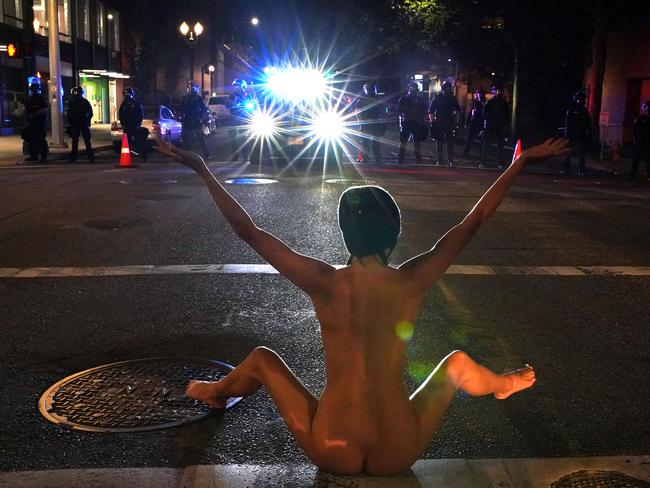 As the police were approaching a block of protesters, she strode forward in nothing but her birthday suit. We’ll let you watch exactly what went on, but some folks tried to shield her from the cops, knowing exactly what would happen, while others encouraged her.

And then? Naked Athena appeared and the little boys didn’t know what to do. pic.twitter.com/Elo69SsV0t

The cops, well, the cops just f**ken sprayed her down with pepper-balls. Yeah, nah, apparently they weren’t too fond of her yoga poses, super spreadies, or casual lounging around in the buff. 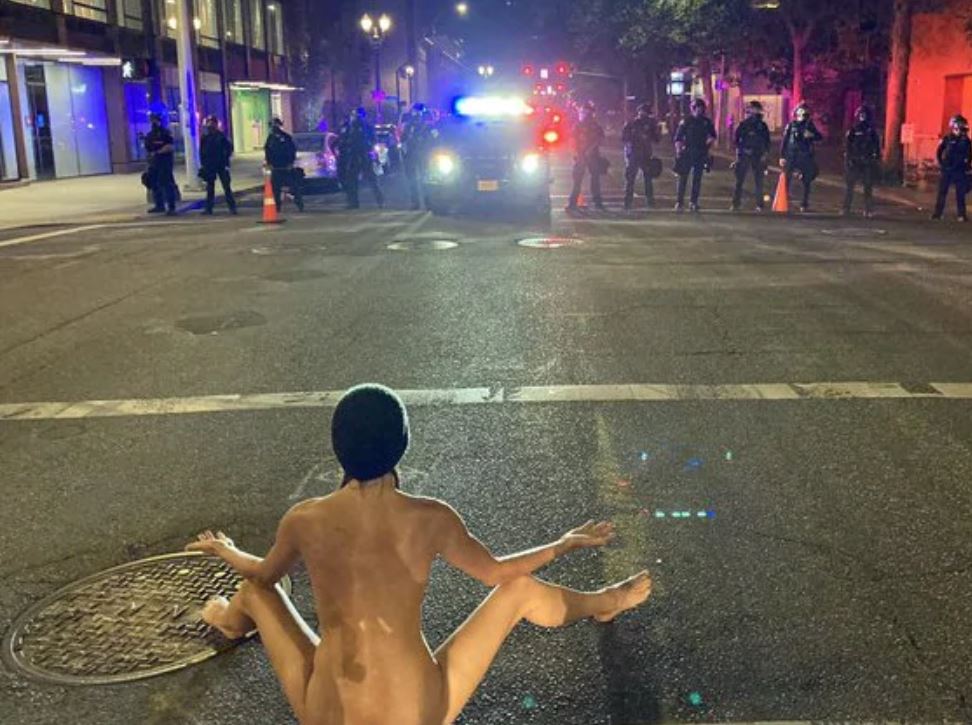 Donovan Farley, a freelance journalist for Vice, came up with the moniker of Naked Athena. “I cannot believe what I just saw,” he tweeted after the event. It’s hard to piece together all the footage, but despite some cars being seen to leave in her presence, we’re led to believe that she called it quits after police shot her with the pepper balls.

Considering Dave Killen, a photographer for The Oregonian/Oregon Live said, “She was incredibly vulnerable,” and, “It would have been incredibly painful to be shot with any of those munitions with no clothes on,” we can’t blame her. 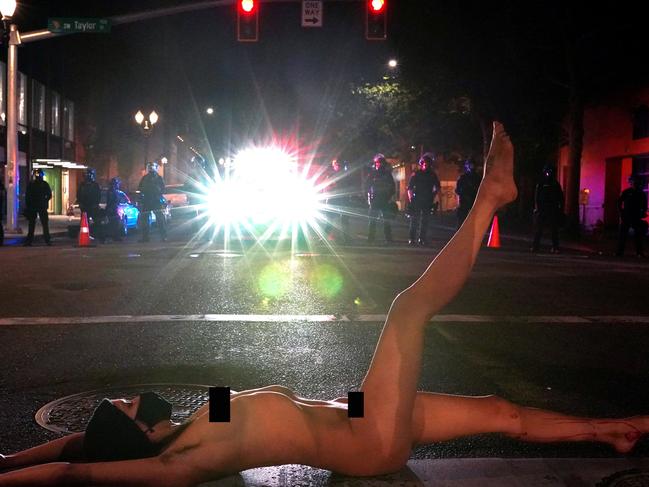 Final thought: Look, one thing we have to comment here – and this is just an observation – is that this is a peaceful method of protesting. We can’t speak for everyone present, but this sheila wasn’t harming anyone. A lot of people speaking out against the protests highlight the need for protesting peacefully. If they’re still getting shot, maybe the issues go beyond the actual protesters and the systems they’re protesting need to actually engage in some self-reflection. What do you lot reckon?

A naked protester attempts to deescalate a standoff with federal officers who unleash rounds of crowd control munitions and tear gas. pic.twitter.com/QS2SqKqK82