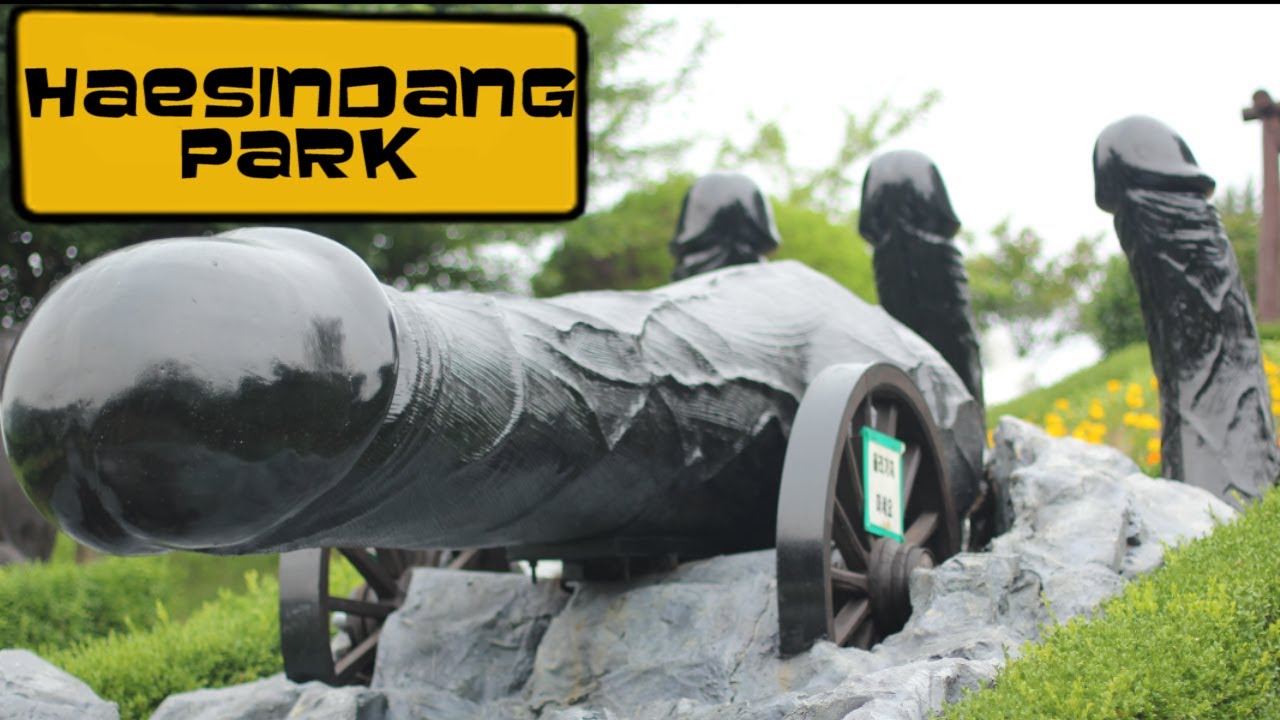 There Is A Park Full Of Giant Penises In South Korea

Known as a mostly conservative nation, there is one site in South Korea that throws this reputation into jeopardy!

Welcome to Haesindang Park. Set amongst the beautiful rainforest and boasting superb ocean vistas, Haesindang Park is perfect for a family outing. Or it would be if the park wasn’t festooned with cocks! How would you be, taking grandma out for a nice stroll and a bite to eat, only to be greeted graphic, phallic iconography at every turn! The park in Gangwon province attracts throngs of middle aged thrill seekers every year. It came about through dedication to an ancient legend that tells the tale of a fisherman who left his wife perched on a rock whilst he went out to sea. It was a move thwart with risk, but anyway… predictably a storm blew in and prevented him from picking her up and she drowned. With that, as if cursed, the catchment area dried up and there wasn’t even a stunned mullet to be caught! 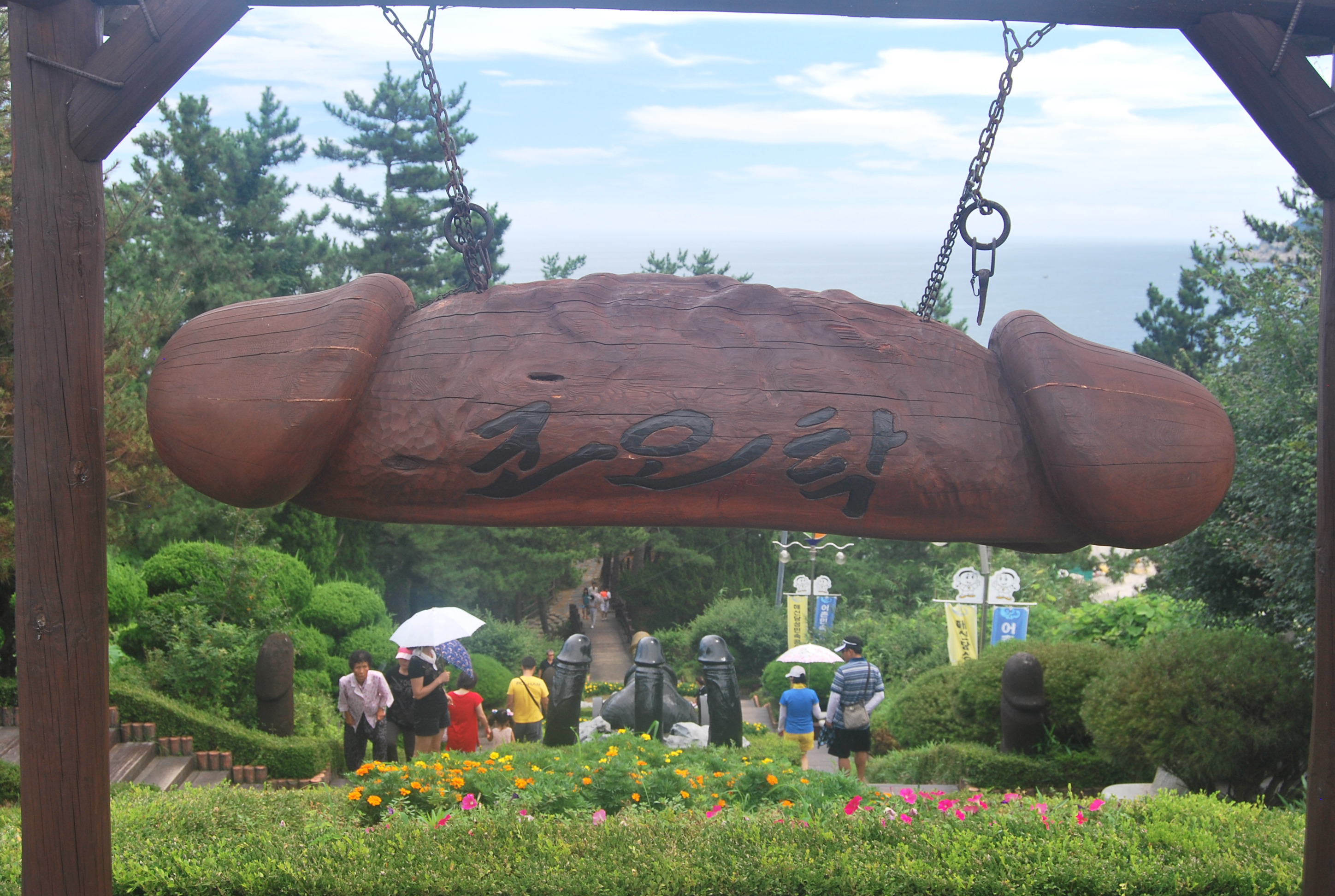 Time passed and one day a random bloke took a slash in the water and bingo, the fish came back. It is said that the curse was lifted as the drowned woman had had a dose of male genitalia. The park stands to further appease the women and guarantees the town’s supply of fish. 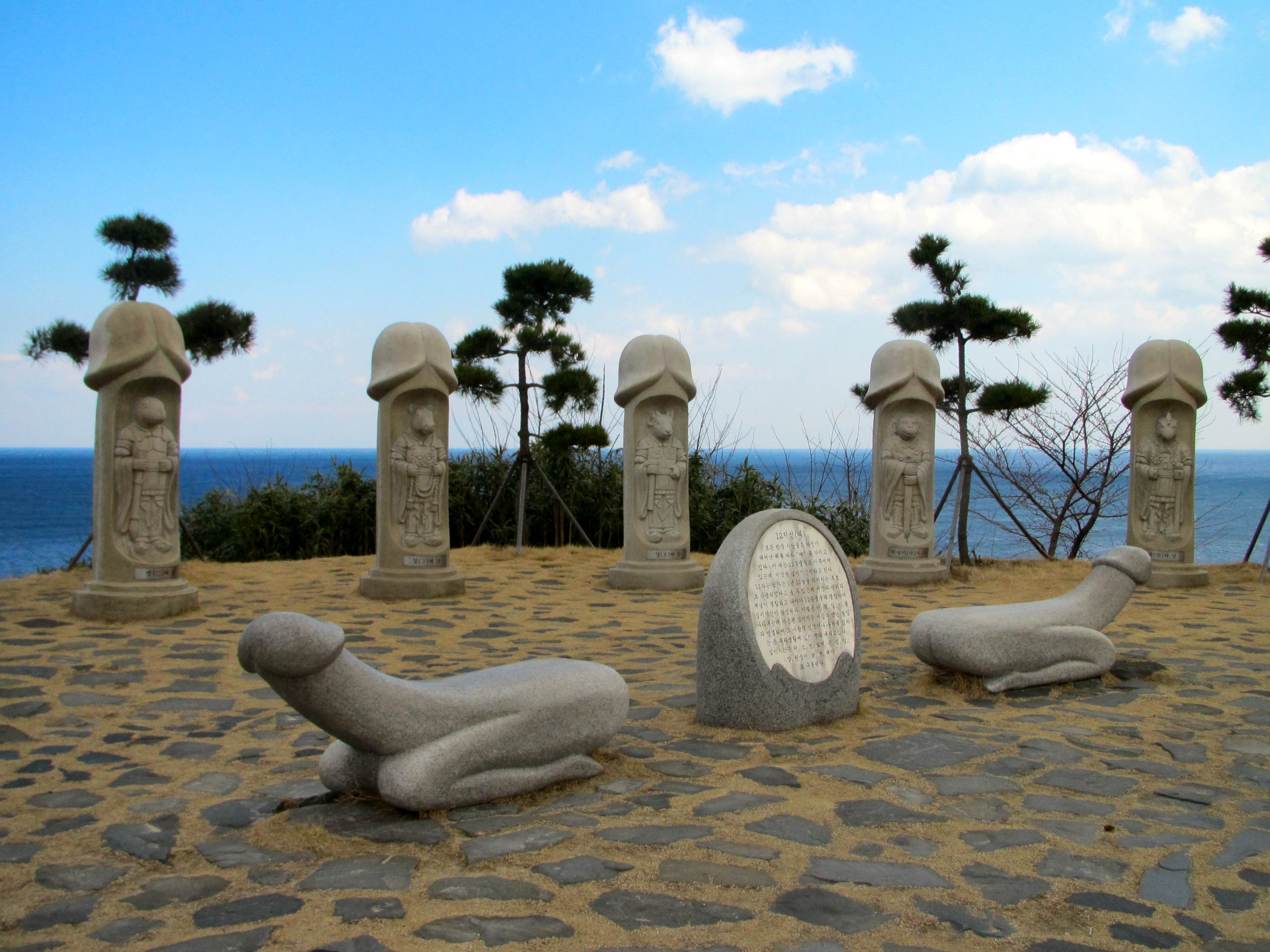 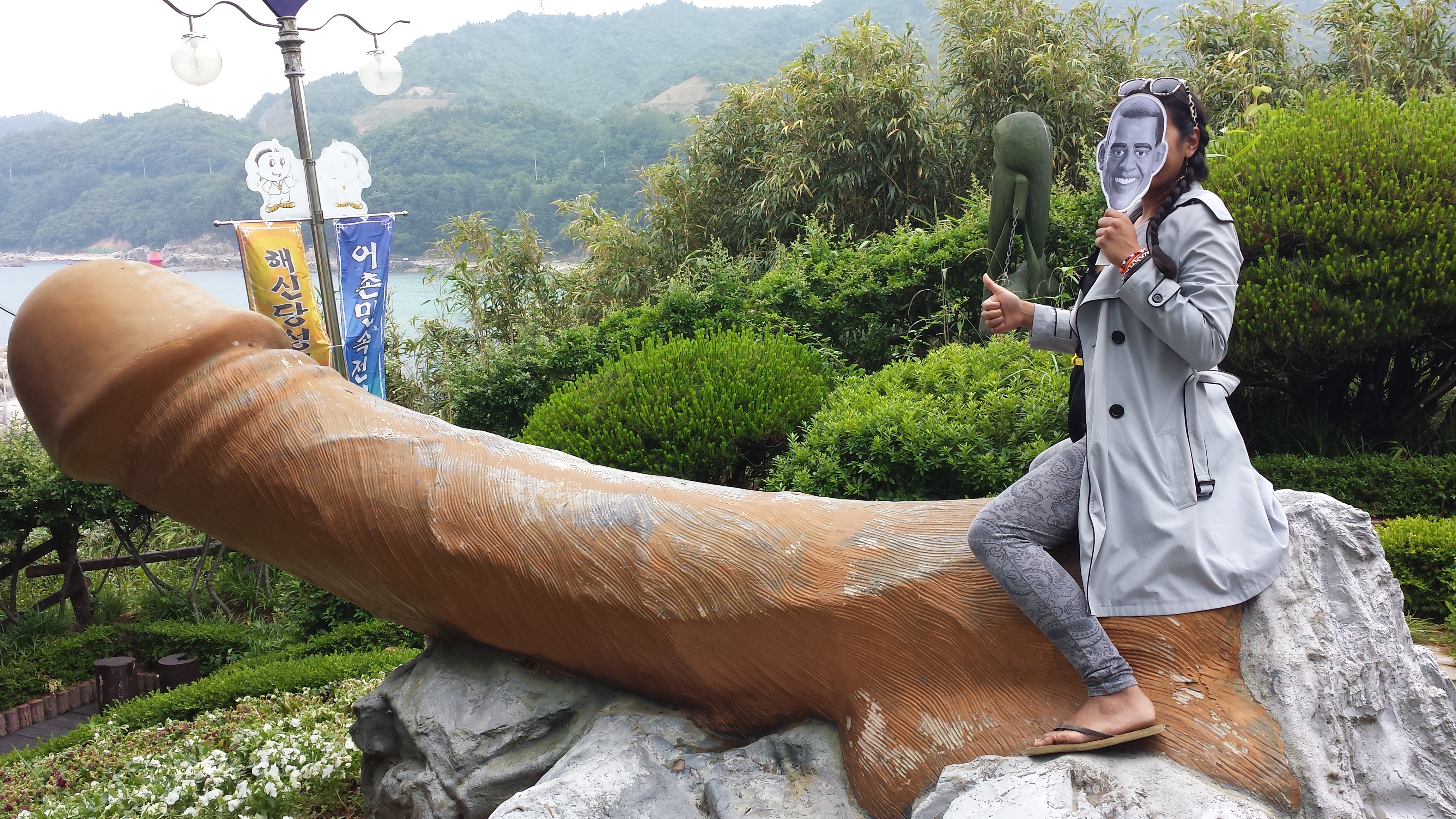 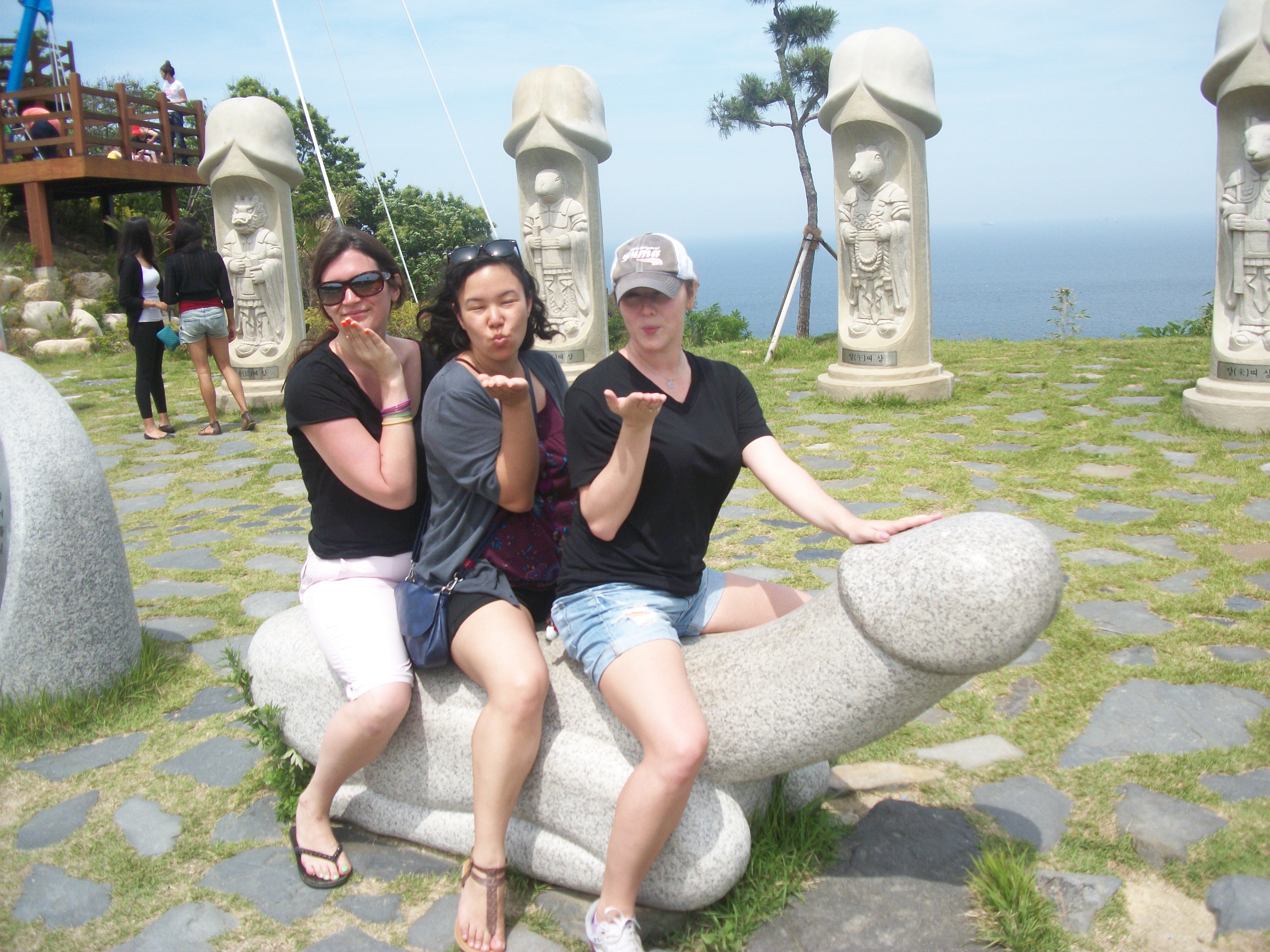 Team up with ya mates The parked is adorned by around 50 phalluses. Whilst some are abstract and ornate taking the form of old ‘cock-nose’ in the picture below, others are just straight out penises. 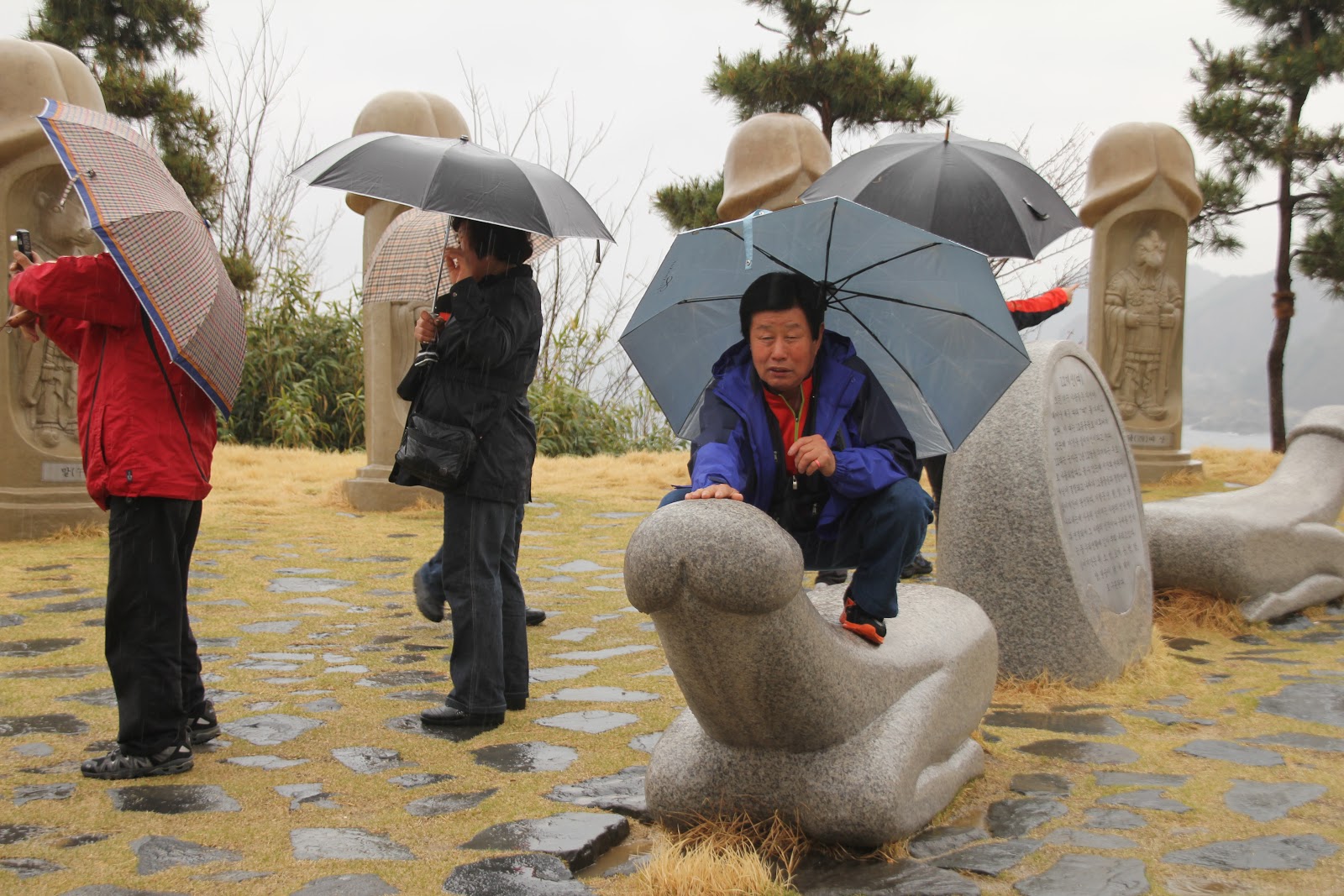 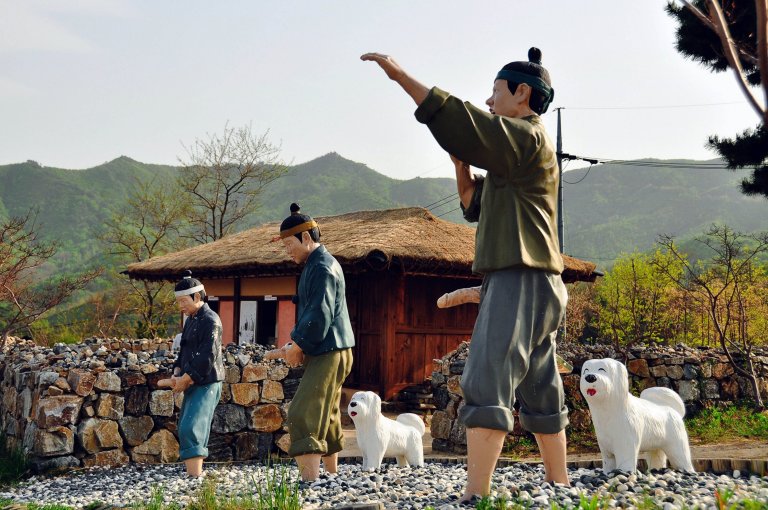 There are park benches if you feel the sudden urge to sit on something and a very impressive big black cannon. Although luckily it’s filled in and doesn’t shoot anything as park-goers ascent the steps. But the pièce de résistance is a big red lighthouse on the coast – you guessed it – shaped like an erect penis. 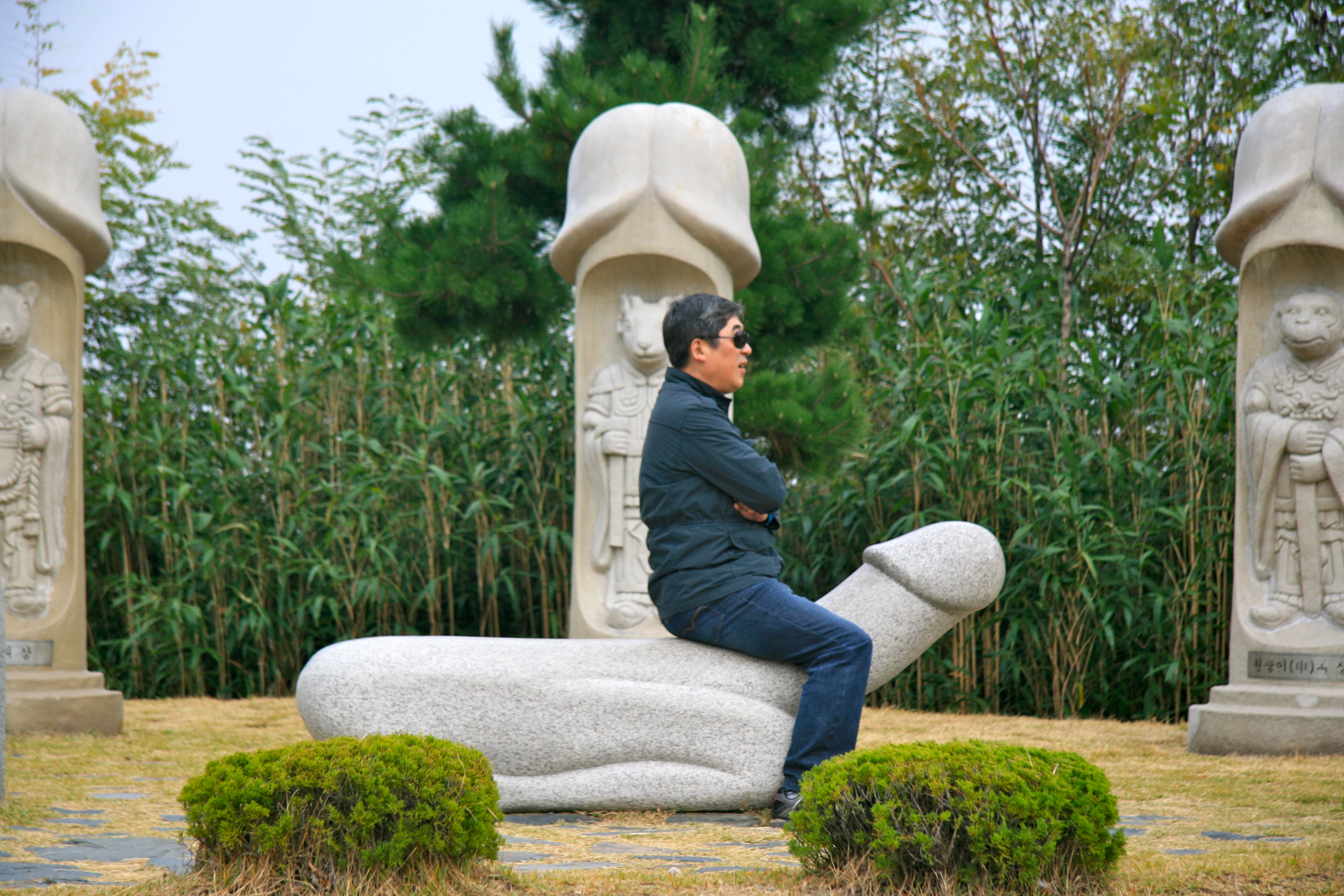 Plenty of places to sit back and relax in “Penis world” Whilst this is the weirdest park we’ve come across, it stands as a fantastic monument to a fantastic appendage.

Wanna know more? This bloke will take you for a tour: