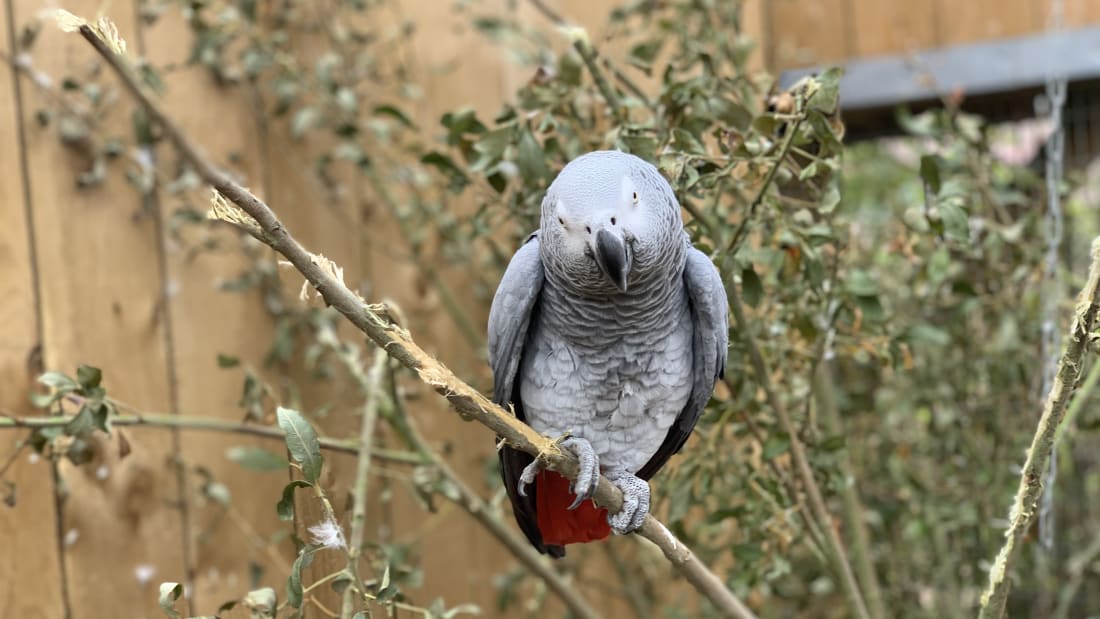 F**ken parrots. If you’ve got much experience with talking ones, you probably know that they can be real troopers when it comes to swearing. Deadset, the avian b**tards are well-known for turning the air blue. That propensity recently caused a few dramas for a wildlife park in Pommyland, when they took in a bunch of new parrots.

The zoo in question is the Lincolnshire Wildlife Park in Eastern England. As a result of the pandemic, they’ve been taking in more parrots from people who feel like the birds need more space.

And that’s what has led to their recent problems.

In one week, five different owners donated five different African Grey Parrots, Eric, Jade, Elsie, Tyson, and Billy. Once their individual quarantines were over and the birds were placed on display together, s**t got hectic.

The venue’s chief-executive, Steve Nichols, said, “It just went ballistic. They were all swearing. We were a little concerned about the children.” He then added, “I get called a fat c**t every time I walk past.”

“They literally, within a very short period of time, starting swearing at each other. ‘ F**k off’ is the most common one – it’s a very easy one for them to learn – but the birds would utter ‘anything you can think of.’”

"They've been causing quite a shock!"

Steve Nichols, CEO of Lincolnshire Wildlife Park, tells @KayBurley why five foul-mouthed parrots have had to be separated after encouraging each other to swear.#KayBurley: https://t.co/9wCOOGPuZ5 pic.twitter.com/r1uJwac5k6

As you might expect, though, the swearing was pretty popular with visitors. Nichols reckons they were “Giving them as much back as what the birds were giving to them.”

Staff hope the swearing will stop now that they’ve separated the parrots. They are operating a family-friendly venue after all.

"The bawdy birds became residents at Lincolnshire Wildlife Park on 15 August, and taught each other obscenities while quarantined together in the same room" 🤣🤣🤣 https://t.co/kQQq4jHT8M

Nichols reckons that they take in swearing parrots three or four times a year, but having all of them together was enough to bring out the worst in each of the little flying c**ts.

Final thought: We’ll be honest. We bloody love a swearing parrot. From the sounds of it, most people do. So, let’s have a sharing moment: what’s the best insult you’ve heard from a parrot. Post it in the Facebook comments section and let’s all have a laugh.

PS. This video isn’t from the zoo, but it’s worth a watch anyway.

Just in case you missed it, here’s one of Ozzy’s latest commentary videos…Ozzy Man Reviews: CCTV

Lately, there’s been a bit of talk around the Ozzy Man offices that a fairground video is in order. Well, this latest story is gonna do sweet f**k-all to dispel that notion. Fortunately, no one’s been hurt, but you ca...