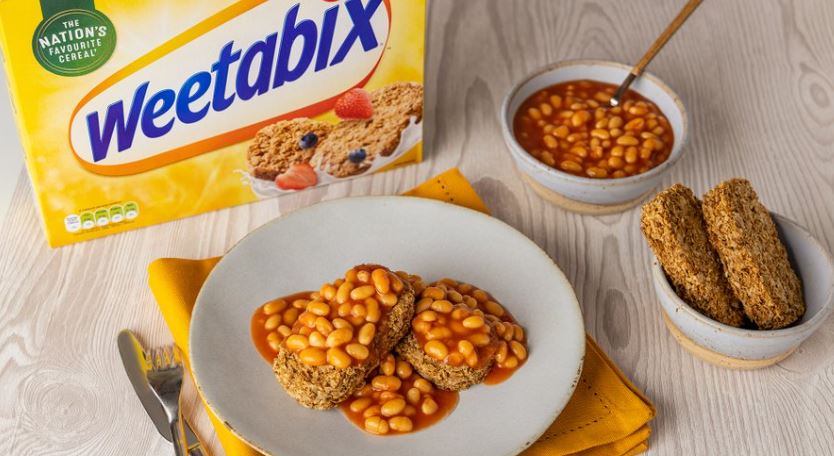 We might have touched on this before, but while we have Weet-Bix here in Ozzyland, the poms have a similar cereal called Weetabix. While there might be minor differences, they’re basically the same. Given that, you probably know already that some people eat ‘em in weird ways. Now, if Weetabix’s social media manager gets their way, people will be eating them with baked beans. We’re pretty sure they’re taking the piss, but a s**t-tonne of other national brand social media accounts have piled on the tweet. Give it a squiz below.

So yeah, we’ll keep it local to start with and just ask if you could imagine eating your weet-bix with baked beans. We tried for a second, but then we thought we might spew. Yeah, nah, the dry biscuity crunch with beans on top sounds like one of the most disgusting combos we could think of.

Why should bread have all the fun, when there's Weetabix? Serving up @HeinzUK Beanz on bix for breakfast with a twist. #ItHasToBeHeinz #HaveYouHadYourWeetabix pic.twitter.com/R0xq4Plbd0

It’s for that reason that we reckon they’re taking the piss. And, s**t, while we’re at it, we’re not even sure it’s the same social media manager handling all of these accounts; after all, it can’t be that hard to send a few tweets for a dozen brands every day.

Babe are u ok? You’ve hardly touched your Weetabix and beans!

We're from Switzerland, so we're staying out of this.

Did you lose your train of thought?

Anyway, as you’ll see from most of these tweets, pretty much everyone reckons this is a f**ken terrible idea. Everyone from Dominos to the Flat Earth Society, and even the country of Israel get in on it.

This sounds like a great idea. Thanks for sharing!

This is worse than people who clap when the plane lands.

Obviously, the people from the Flat Earth Society think it’s a good idea, and that should probably tell you a thing or two. As for Israel, they come in with a decent tweet, and then just get f**ken roasted by another bloke.

There you have it…

@KFC_UKI seeing as all rules are out the window… fancy a gravy-filled doughnut?

As you can see, the tweet’s generated a lot of discussion.

Trust us, this is not a Match

Final thought: Yeah, nah, we’re giving this one a big ‘get f**ked.’ Let us know what you reckon, though. We’d be interested to see if any of you legends would be willing to give this a try.