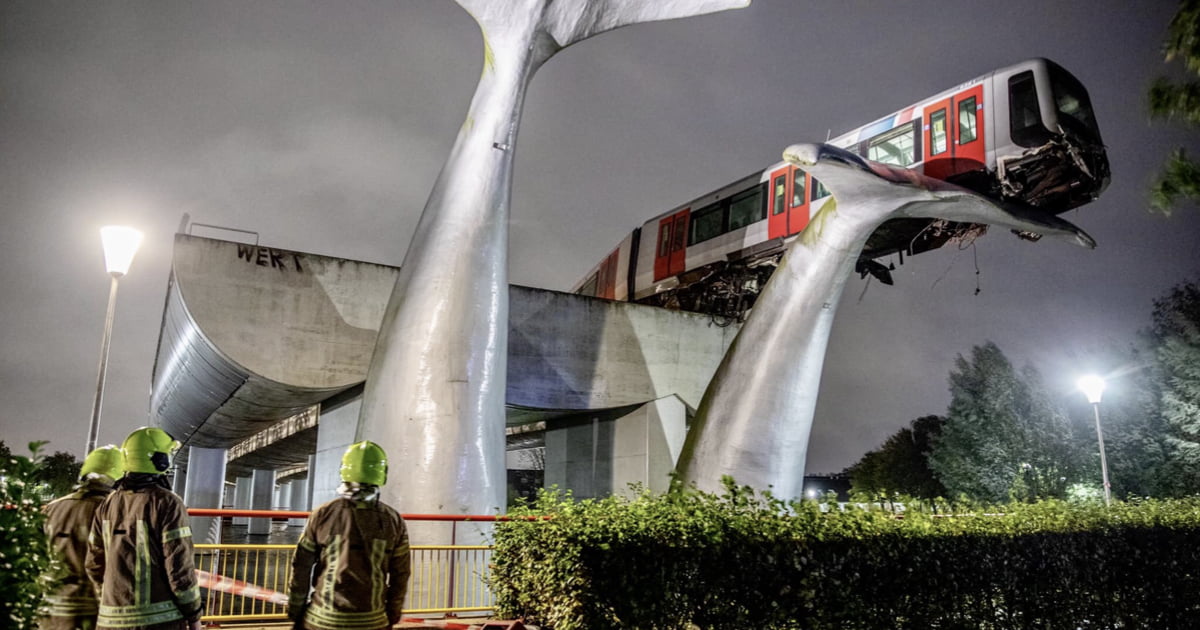 One of the things we bloody love here at Ozzy Man Reviews is that little quirk of fate that’d you’d never be able to predict and that would be completely f**ken unbelievable if there wasn’t documented evidence of it. Take this story for example: in Holland, a bloody train has been saved from disaster by a f**ken plastic whale statue. Yeah, nah, we s**t you not. Check it out…

For this one, we’re heading to the Dutch city of Rotterdam, and then scooting a little way outside of town. That’s where a bloody metro train was left dangling ten metres above ground. And, nah, no f**ken joke, the only thing stopping it was a big bloody whale tail. 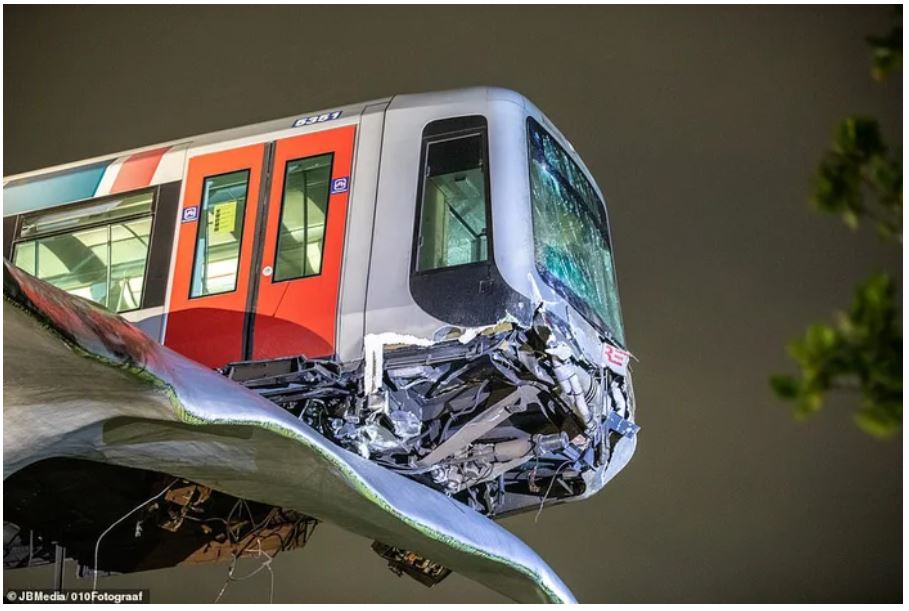 We’re not sure how the train overran its stop, and neither are the Dutch authorities, but if we had to hazard a guess, we’d say someone f**ked up. Anyway, the driver was fortunately able to free himself without injury. On top of that, there weren’t any passengers on-board. See what we mean about little quirks of fate? 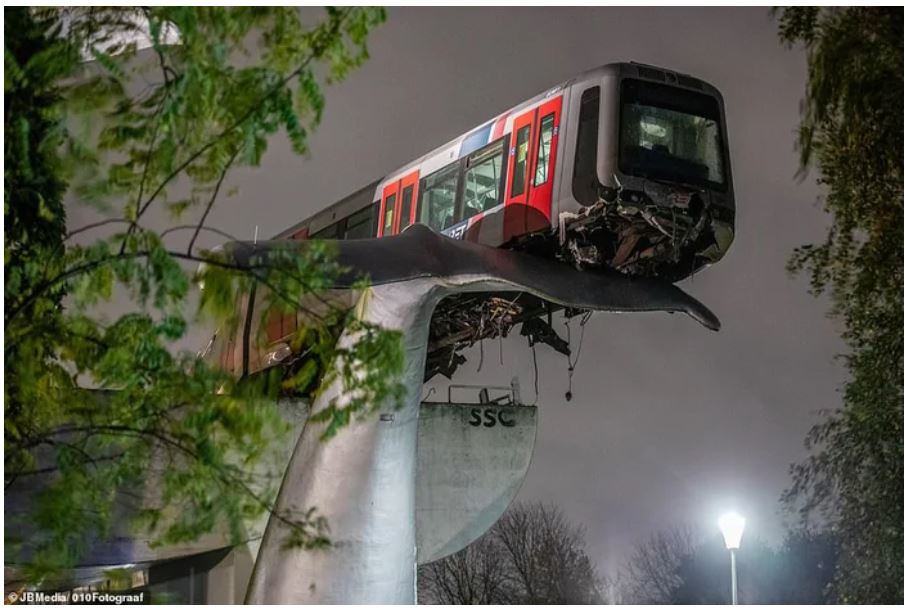 This s**t could have been a monumental disaster, but no one’s been hurt. Maarten Struijs, the sculptor of the two whale tails couldn’t believe his creations withstood the force of the train. “I am amazed that it is so strong. When plastic has stood for 20 years, you don’t expect it to hold up a metro train.”

Too f**ken right, Maarten. This s**t’s hectic as f**k. There is, apparently, some damage to the sculpture, which was built in 2002. It’s made from reinforced polyester. 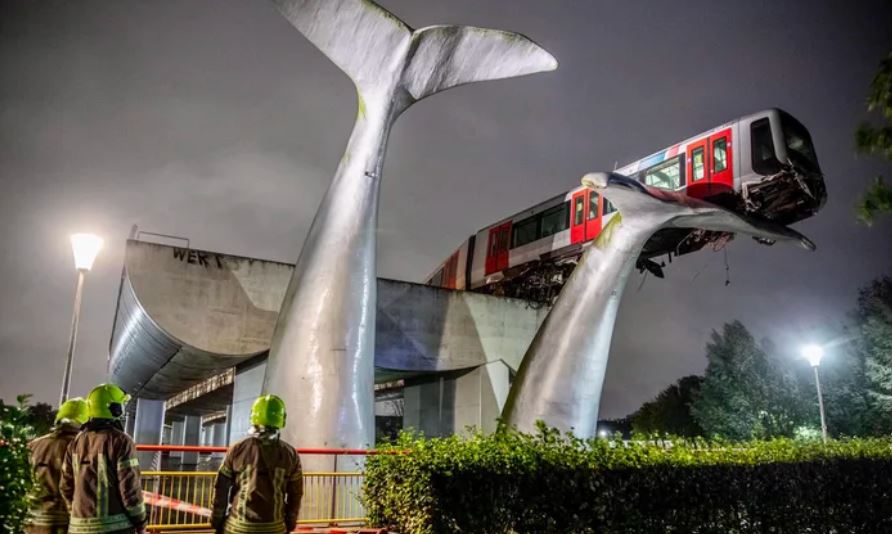 Struijs isn’t too worried about that s**t, though. “Yeah, nah,” he said, “I could never have imagined it that way, but it saved the operator’s life. The damage is an afterthought.”

Talk about a lucky escape!

Final thought: As we said before, this is the kinda s**t that’s gotta give you a big smile. After all, no passengers, no injuries, perfectly placed whale tails saving a train from dropping ten metres to the ground? F**ken mintox.