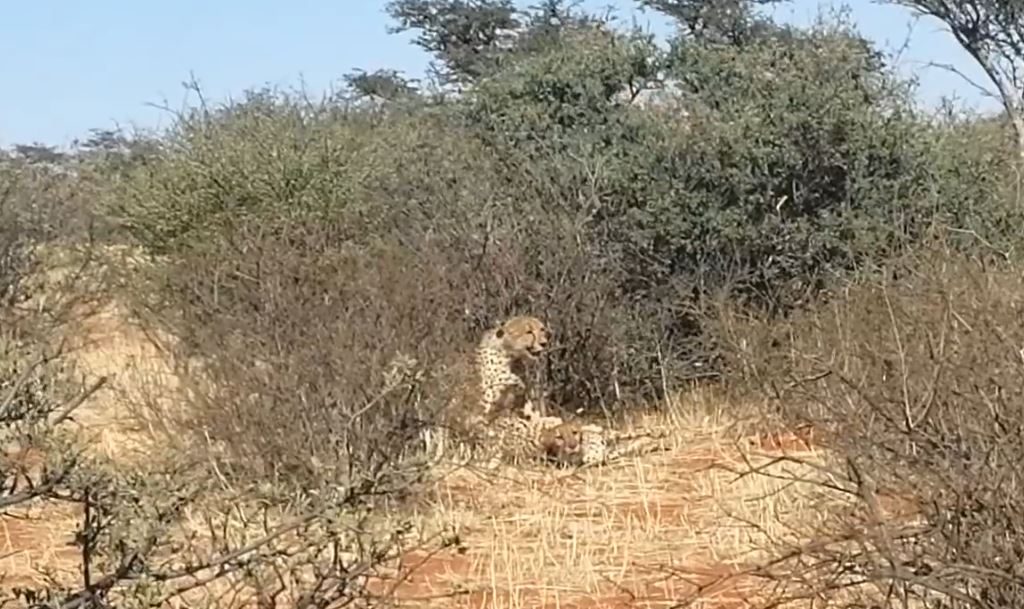 Pervy giraffes watch on as three cheetas do the dirty

The world of sex and sexual kinks really does take all sorts and in 2019, society’s a pretty liberal place. The thing is, it’s not only people who have their kinks, fetishes and preferences; in some cases, animals can be just as frisky. Fair dinkum, if you don’t believe us, have a bloody gander at this video from South Africa. It provides all the orgiastic action between three – count them, three – cheetahs, but it also features a bunch of giraffes twisting their necks to get a bloody good perv. 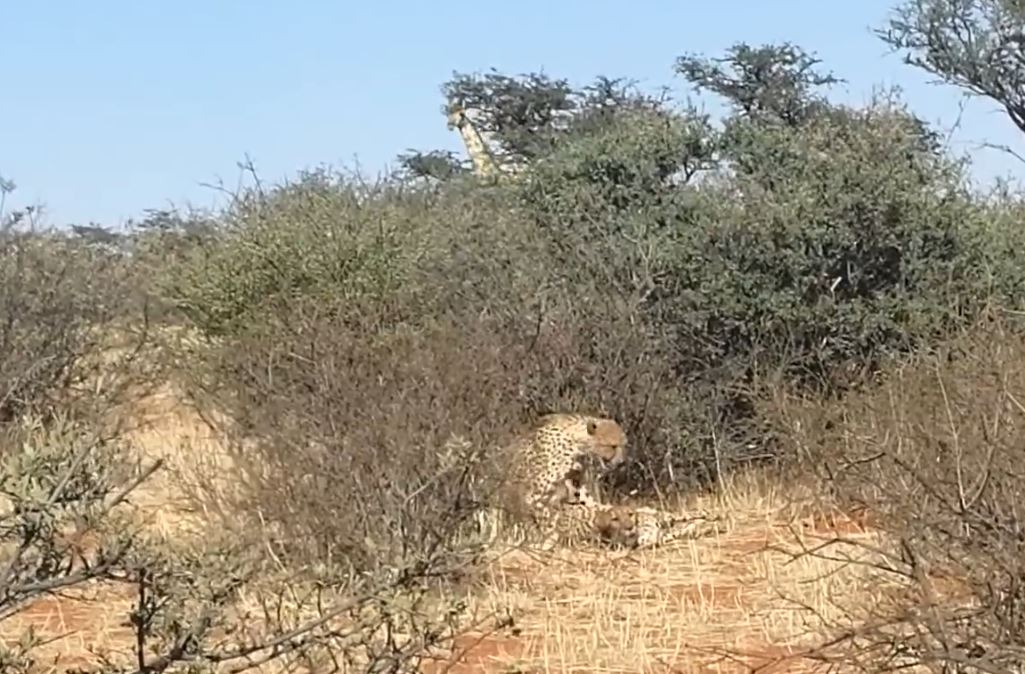 Juan Venter, the tour-guide reckons he had no idea this is what he was going to find, but he was adamant that his guests should film it anyway. He told Latest Sightings, which we presume is a wildlife publication and not a naughty one:

When we arrived at the scene, we heard a lot of shouting and screaming and it looked like they were fighting but it was two males in a coalition on the same female with both males trying to mate at the same time. This was the reason for all the noise. When I realised what was busy happening my heart bounced out of my chest. I had no words. I just told my guests to keep on filming because they will never see this again. 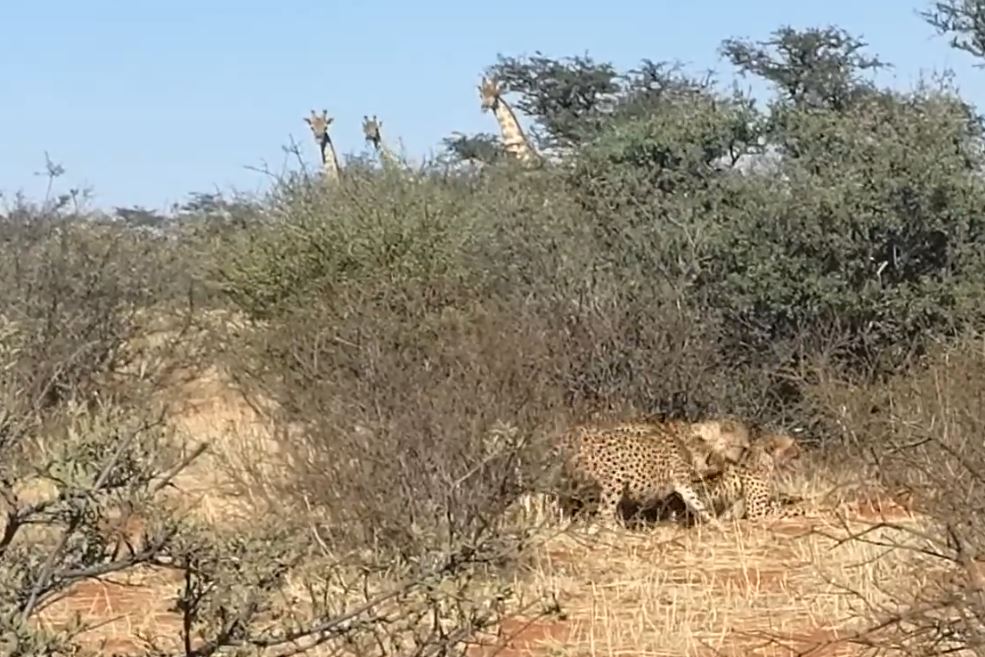 Of course, Venter and his clients weren’t the only ones watching the show. Check out the bloody giraffes that come along. They’re right into it. You see one of them pop their head around the bushes early in the scene. Within moments, he’s been joined by tonnes more of the nosey buggers. Now we know why giraffes have those long necks!

Anyway, Venter reckons he’ll never see anything like it again.

As for me, it’s possibly the first and the last time that I will ever see something like this again. The only time this is seen, is in captivity.

Lucky he’s got it on video then. 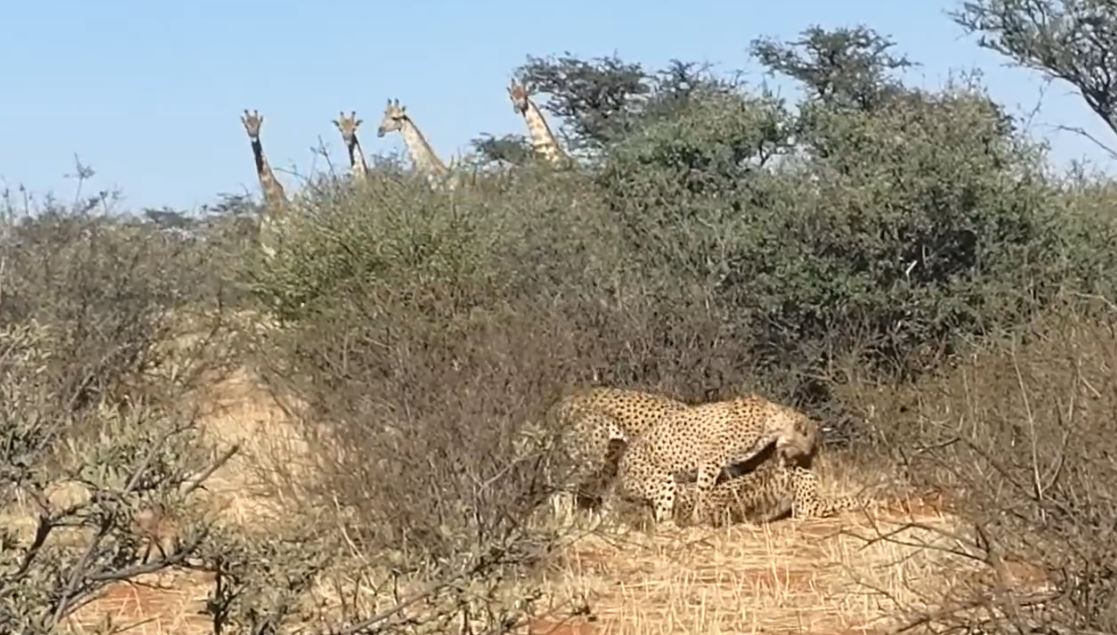 Final thought: Jokes aside, this does seem to be a pretty weird circumstance. Who knew cheetahs were so bloody randy? As for the giraffes, it only makes sense that they’re the peeping toms of the animal world, right?

When it comes to bloody crocodiliacs, you know we love ‘em here in Ozzyland. You probably also know that Crocodylus porosus, our very own saltwater crocodiles are pretty bloody revered for their ability to just munch ...