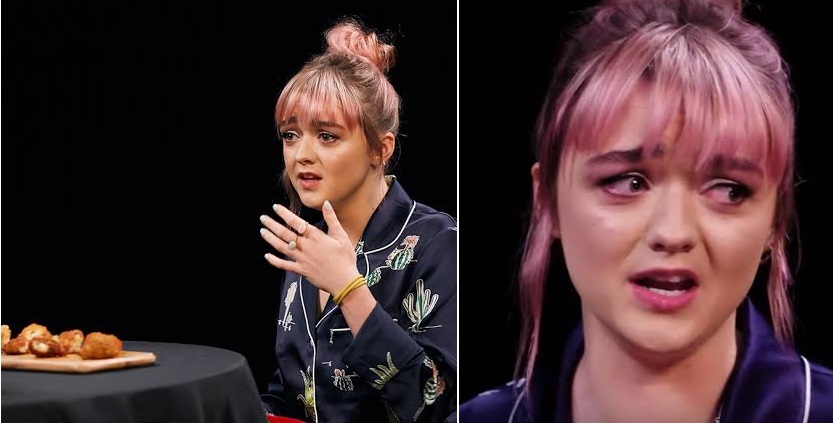 We all know that spicy-food challenges can get a little out of hand. For some reason, there’s an unspoken rule that encourages ordinary people who hardly ever eat spicy food – or only ever order a mild butter chicken – to suddenly think they can smash some of the spiciest food known to man when their spice-tolerance levels are questioned. Of course, we all know that unless you’ve spent time building up a tolerance, eating the equivalent of a nuclear bomb is going to cause you grief. That’s exactly what happened when Maisie Williams accepted the invite to Hot Ones.

We’ll get this out of the way straight up: it doesn’t go well for Maisie. Considering she announces pretty early in the episode that she doesn’t handle her hot food well, that’s probably to be expected. Regardless, the spice-levels on Hot Ones have challenged plenty before her, and host Sean Evans is known to dish up some pretty spicy s**t. 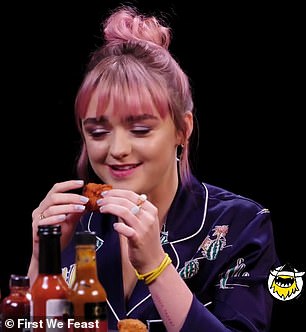 With that in mind, it’s no surprise Maisie’s left in tears, gulping oat milk and crying after chowing down on her cauliflower hot wings. The poor bugger says she’s ‘losing her mind’ due to the heat.

Making things worse, the North’s toughest little sheila thinks she has a fool-proof plan to beat the challenge, but she’s about halfway through the episode when she realises that, “Ooh, that one’s not very nice. It’s going to get hot now isn’t it?” 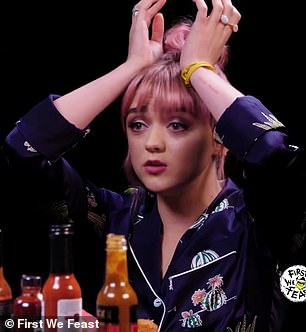 A couple of minutes later, Williams is like, “I can feel the heat in my ears,” and by the end of the episode, she’s got a constant shiver going as she soldiers through the rest of the meal. We s**t you not, but there are tears in the eyes, a little pleading for it to stop, and an awful lot of oat milk getting chugged, but just as Arya would, Maisie conquers the challenge. 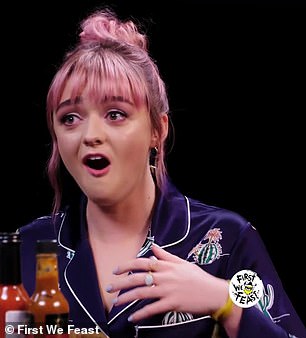 Have a watch of the vid to see how it goes down. If you want the behind-the-scenes Game of Thrones goss, start at the beginning. If you’re a cruel one and you want to watch the spice shivers kick in, head to about halfway through. 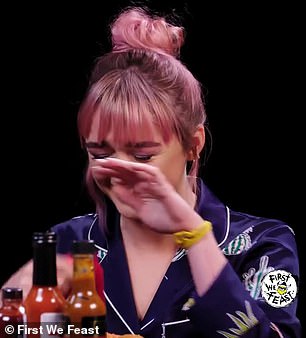 Final thought: Look, we have to say, we’re pretty impressed with the determination to finish the meal. Plenty of people would have tapped out early when faced with such monumental heat, but when you’ve killed the Night King, you know that a bit of spice is nothing – at least until you’ve gotta s**t the next day.