In the interest of wearing our hearts on our sleeves, we’re going to just point out that scammers can get f**ked. Obviously, anyone with an ounce of common decency in their soul agrees with that statement, but while it’s sometimes tempting to side with scammers who prey on the rich, there’s something really unsavoury about dodgy b**tards ripping off hard-working folks who need every spare bit of coin they’ve got. So when we found out about this slice of awesomeness, we were like, F**K YES!

We’ve actually introduced you to Jim Browning before. He’s the bloody legend behind Tech Support Scams, an awesome YouTube channel dedicated to f**king with scammers everywhere. This particular bust might be his biggest and best yet. 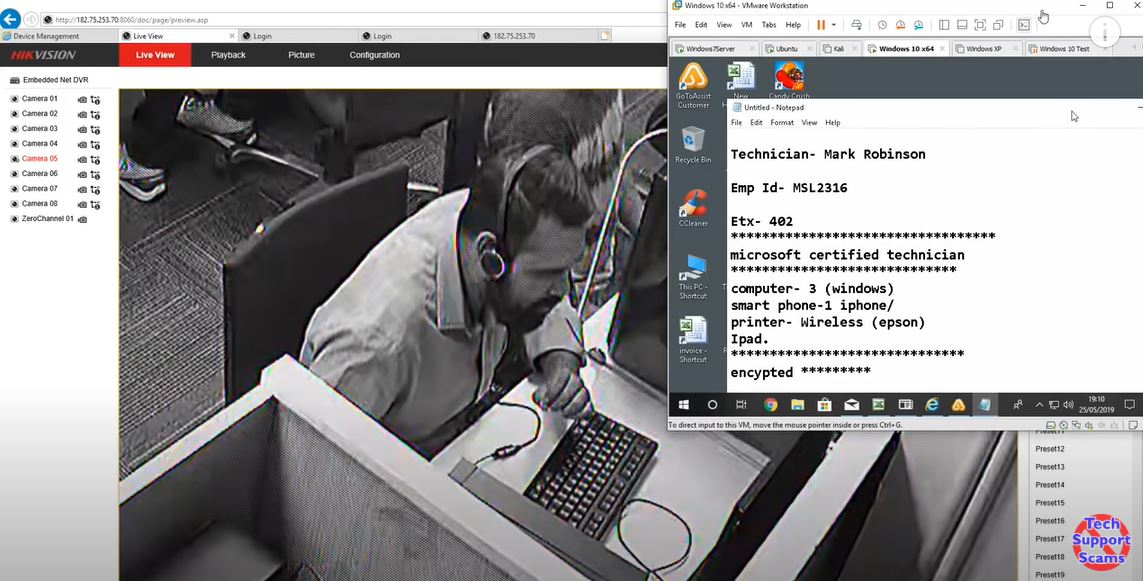 “This building in South-West Delhi holds a dark secret,” he narrates as his video opens. “The building houses Faremart travels, an innocent-sounding travel agency, except that it’s just a front for a scamming business.”

All right, you might be thinking, get to the point, Jim. And then, when he does, you’ll be like. F**ken good s**t, Jim, you champion.

“To the rear of the building in a secret office, there’s a room full of scammers. And incredibly, I’ve been able to see exactly what they do through their own CCTV.” 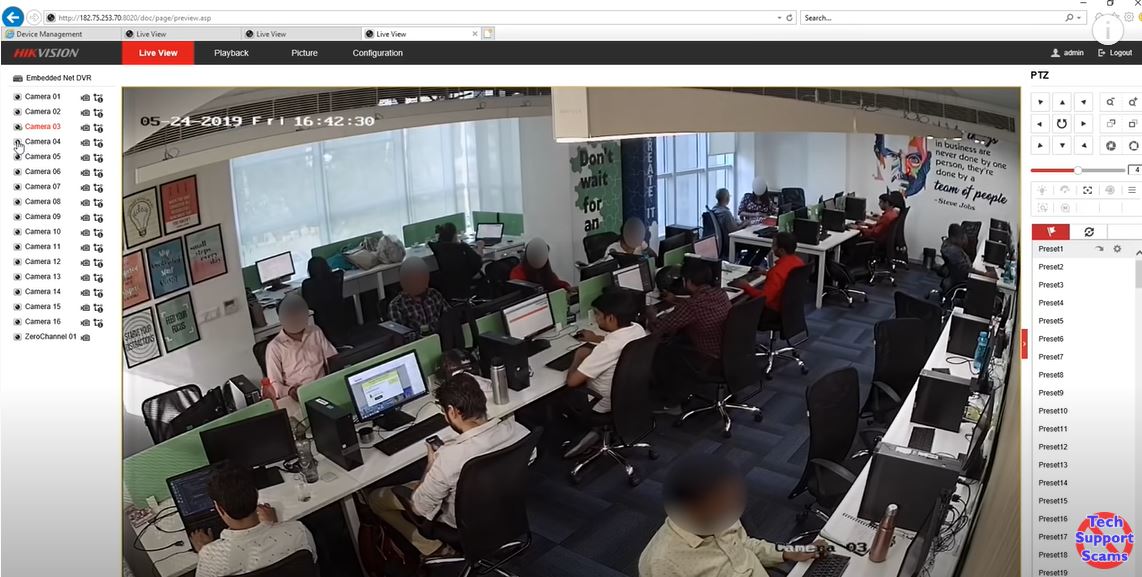 From there, the video cuts to him calling one of the f**kers, who claims he’s based in San Jose. As the call sounds off, you can see the guy he’s talking to getting flustered as Jim f**ks with him.

What makes this pretty f**ken interesting is that as the video plays, it becomes apparent just how s**t these c**ts are, and how they prey on innocent folk who really don’t know much about their computers.

“So what’s all this about stopped services when they should be running? I don’t get it,” Jim says.

The scammer makes some jokes to one of his co-conspirators, and says, “Sir, are you ready to go ahead and get it fixed? There will be a one-time charge, Sir, okay?”

“Hold on, Jim says, “Why would you charge me when there’s nothing wrong? That’s quite normal.”

The scammer, again getting flustered, says, “No, there are certain technical…things…that have to be fixed.” 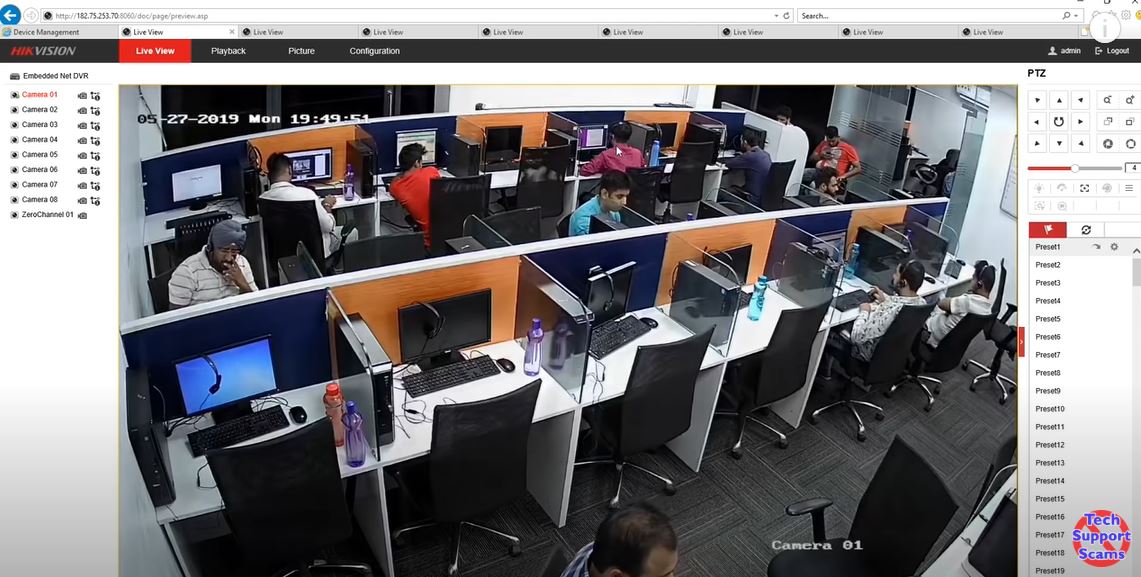 “Technical things? Go on, try me, I’m quite technical.”

From there, it all breaks down as the scammer realises he can’t talk on Browning’s level, and that’s only the start. The video sees the scammers laughing at their victims, and rorting them for all their money, and as Jim says, “It’s one of the most comprehensive views of the inner workings of one of these scam call-centres ever seen on YouTube.”

But, we’ve waffled on about it for long enough. It’s an epic bloody video, and the BBC even got hold of it for an episode of Panorama. Give it a watch. You won’t be disappointed. 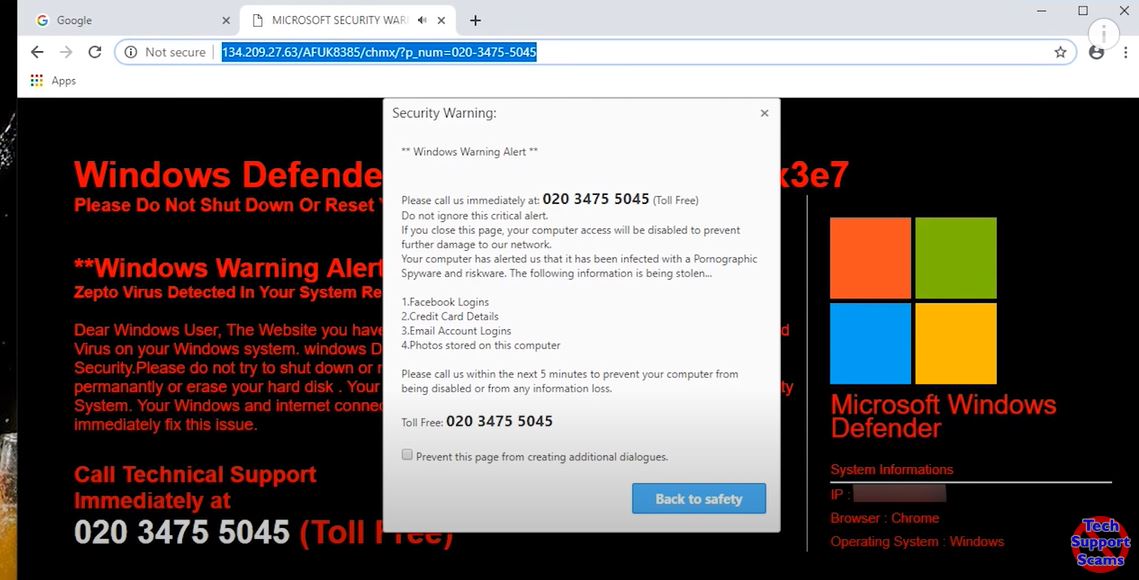 Final thought: Like most right-thinking people, we think scammers are c**ts. Give this a squiz, and let us know what you think in the comment section. Of course, it’s probably a good time to remind your less tech-savvy rellies that they shouldn’t be calling anyone who’s number comes up in a pop-up ad. Look after your loved ones, and stay safe online yourselves, ya legends.

By Chuck Steinway 32 mins ago