Mate, if you’re not sure why they call guitars ‘axes’, you’re in for a bloody education. Yeah, nah, whether it’s a f**ken badass BC Rich, a stylish Les Paul, or even a beaten and battered acoustic, a guitar can do a proper f**ken number on someone. And that’s exactly why this Ozzy legend used his bass to give a couple of home-invaders the bum’s rush!

When two f**ken dodgy b**tards broke into Mike’s place and put a knife to his missus’s throat and demanded the keys to his Mercedes, he didn’t fret.

Not a lot of blokes would have attempted this.. 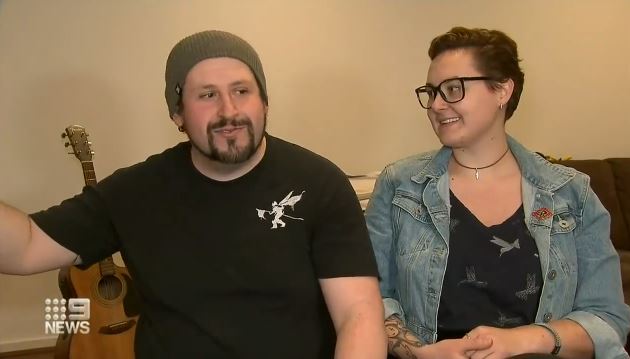 The way he tells it, bloody Mike went to his office to get the keys, and that’s where he got the idea to pick a fight and string the filthy pricks up. He told 3AW, “They say keep maybe a golf club or something like that, but there’s nothing heavier than a guitar at the end of the day.”

Deadset, the legend realised he had to go back to bass-ics if he was going to slap these c**ts silly, and he went for his heaviest axe. His bass. Yeah, nah, he might be a rocker, but he’d heard the thieves were into clubbing and thought he should oblige them. 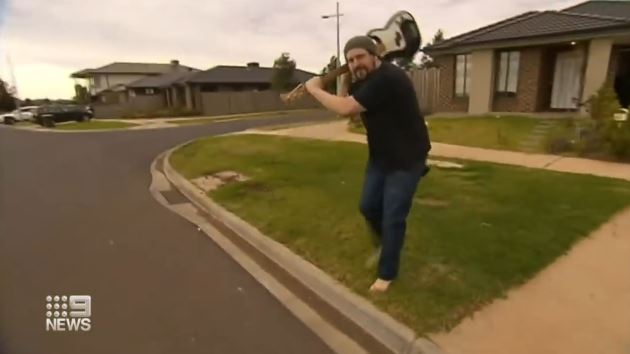 “I picked up the cheapest guitar I had, went wheeling out after them, came around the corner, and said ‘come on boys lets go’. I ran them out of the house and smashed their (car) window in the process.”

Of course, being a tasty bit of news from the Ozzy media, Mike even got to recreate the heroic mission for the cameras. As you can imagine, the re-enactment is f**ken gold. 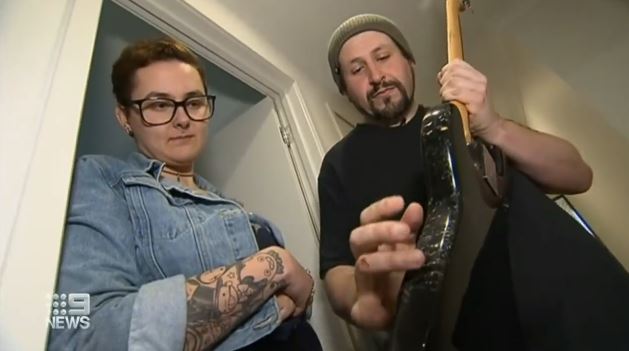 Bloody Mike is clearly a f**ken chilled dude when he’s at his best, and you can see from his face that he’s loving this. Still, considering the fact that he smashed their window in with his axe after rescuing his missus from the scummy wankers, he’s not one you want to piss off.

Annabelle, his missus, said, “And then I hear a smash ‘cos he’s taken the guitar to the back passenger side window, and kept screaming, like, ‘Come on! Come on! Come on!’” 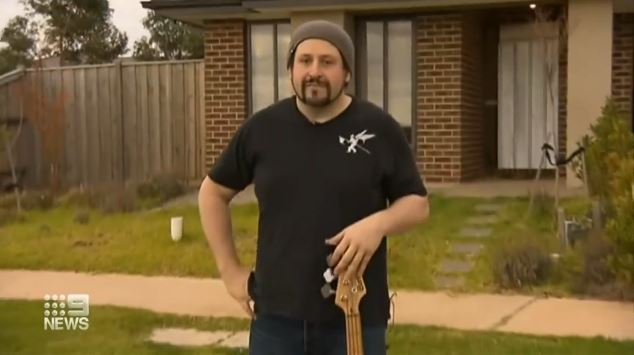 Final thought: We f**ken love a heroic story here at Ozzy Man Reviews, and Mike is clearly a top bloke. We’ve only got one question, though, do you down-tune the guitar to make it heavier before you use it as a weapon? Let us know in the comments section.