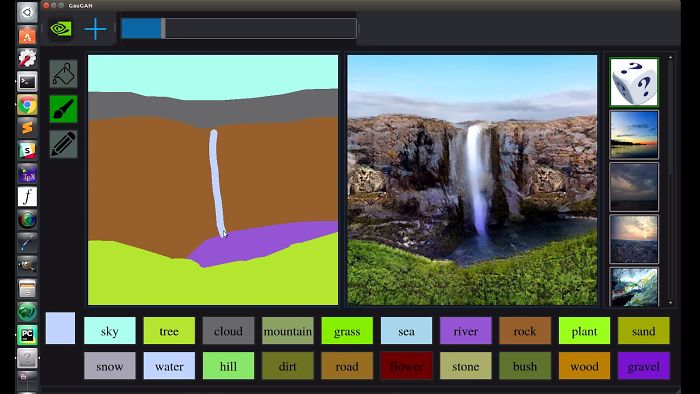 Have you ever wished you could be as good at drawing as Bob f**en Ross? Have you ever wanted to just chill out while looking at a kickass painting and thinking to yourself, yeah, I f**ken painted that? Well, thanks to NVIDIA’s awesome new AI software, that dream may soon be a reality. Deadset, get yourself a badass wig, in preparation because you’ll be creating beautiful bloody landscaped in no time, and you’ll be able to do it on a computer in only a few minutes.

We all know that AI is getting pretty bloody switched on, but isn’t it refreshing to see a story about it that won’t end with a bloody Skynet situation? Anyway, if you’ve ever tried to paint landscapes and you’ve sucked a fat one, this is the program for you. 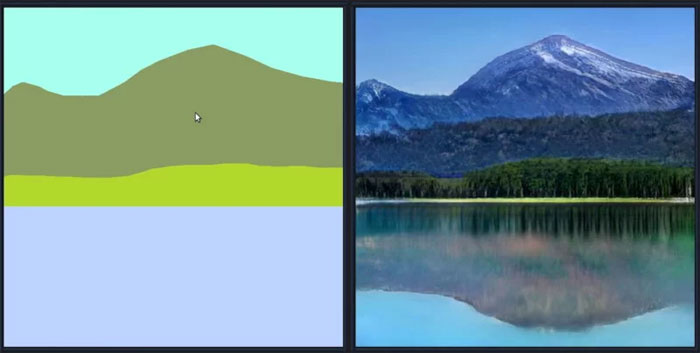 NVIDIA say their program, GauGAN, is able to “convert segmentation maps into lifelike images.” What that really means will make more sense when you watch the video down below, but essentially, you can dodgy up a sh**ty picture in a Paint-like program and the AI will f**ken jus it up a bit for ya. Bryan Catanzaro, vice president applied deep learning research at NVIDIA says, it’ll be a bloody boon for architects, urban planners, landscape designers and game developers. He reckons, “With an AI that understands how the real world looks, these professionals could better prototype ideas and make rapid changes to a synthetic scene. It’s much easier to brainstorm designs with simple sketches, and this technology is able to convert sketches into highly realistic images.” 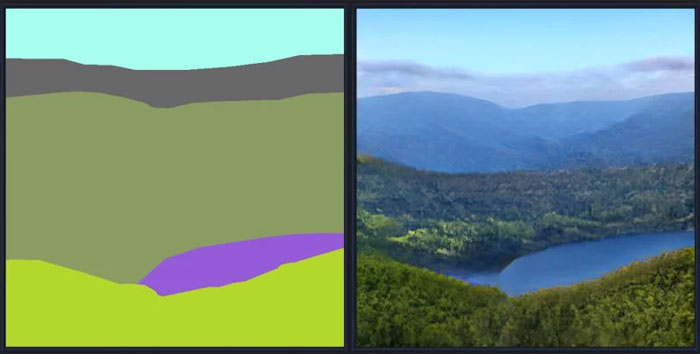 Basically, you draw your dodgy little picture and you tell the AI what sort of landscape you want it to be – sea, sky, snow, mountains, lava-pit, whatever – and it’ll make it happen. It’s pretty f**ken grouse, but what’s even better is that it even knows that certain changes affect other parts of the image. Check out the video below for a crystal clear look at it in action. 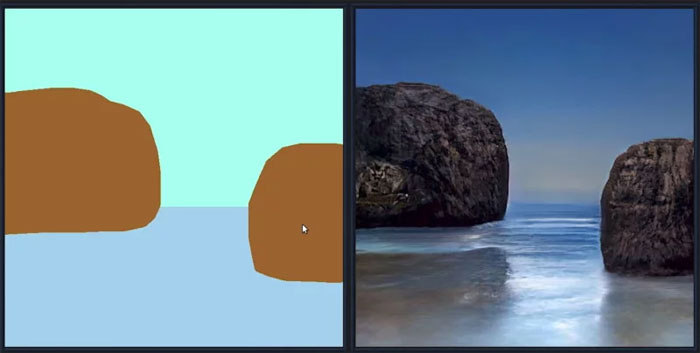 Final thought: F**k we love seeing the new technology that’s coming out. It’s gonna be an interesting few years as more and more fields are able to utilise AI to maximise their output. Let us know what you reckon you’d like to see given the AI treatment in the comments.