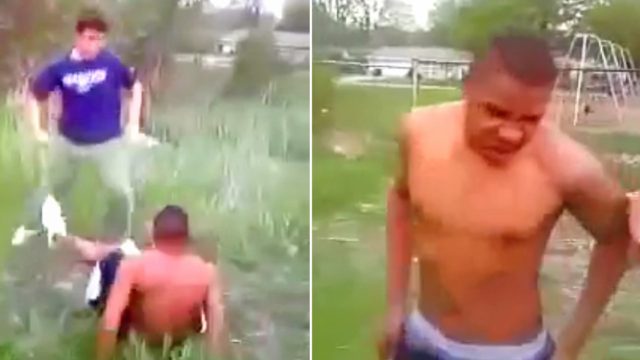 Nerdy kid beats the sh*t out of shirtless “tough guy”

It’s that time again, blokes and blokettes. Grab your popcorn, grab your beverage, and settle the f**k down. It is fight night, and we’ve got two proper contenders for you in tonight’s edition of the show. In the first corner, the nerdy kid in purple. His opponent, No-Shirt The Forgetful. Let’s get this sh*t going. Ding, ding, f**ken ding, bitches!

OK, I don’t know why they’re fighting but we do need some context. Let’s have a bit of a guess at what could have possibly caused conflict between these two. I’m gonna posit that once upon a time they were close. They were blood brothers. They shared the same trading card collection. And then, as is always the way, there comes a fateful day when they realise there’s an odd number of days in a week. 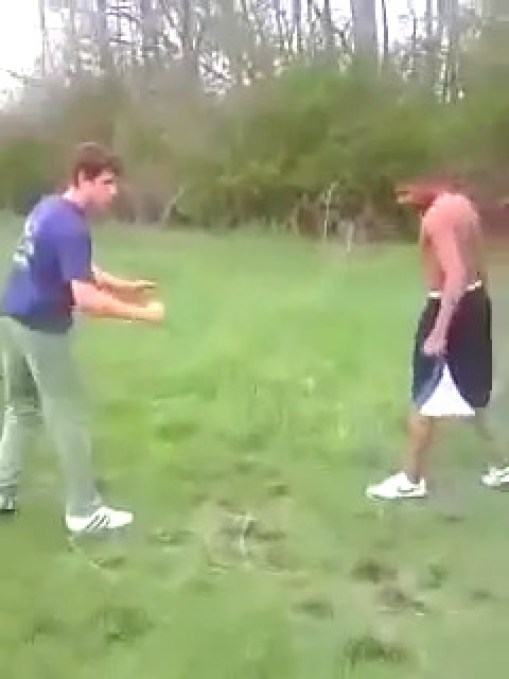 “My mum’s spaghetti bolognaise is not sh*t! You’re sh*t!” Credit: Nature is Metal

“Nah, f**k you,” says the Purple Nurple. “I’m clearly better equipped to stick them in their mylar packets. I should have them for the contentious fourth day.”

“Yeah, maybe, but nah, f**k you back says No Shirt The Forgetful. “We need to have a fortnightly roster. It’s basic mathematics.” 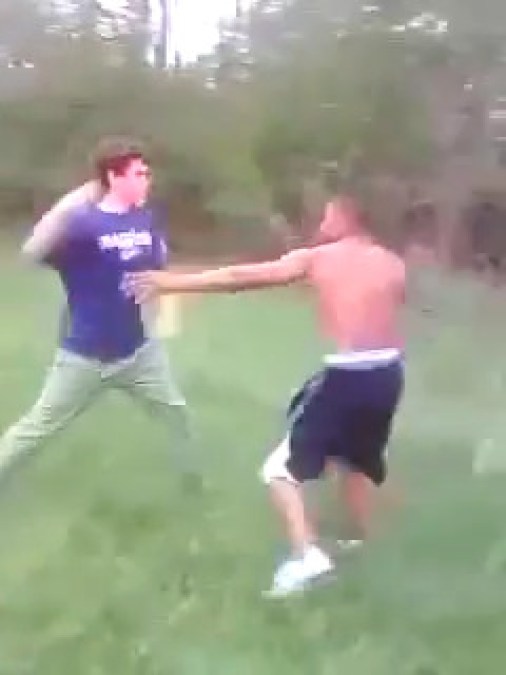 “How’d ya like a bitchslap ya f**k?” Credit: Nature Is Metal

As you can tell though, there are clearly no mothers around, and without positive adult supervision, no way to settle the conflict amicably. So…FIGHT FIGHT FIGHT!!!

Having a look at ‘em, No Shirt The Forgetful looks like he’s got a bit more experience, and he seems a fairly powerful young bloke so ya might expect him to give the Purple Nurple a bit of a hiding, but ya can’t discount the reach on the Purple Nurple.

Oh, f**k! Ya can’t discount his propensity to straight up kick a mother**ker in the face either. He’s clearly been watching the World Cup because he just toe-punted the sh*t out of No Shirt.

So yeah, there was lots of punching and one guy got kicked a few times. In the end, No Shirt The Forgetful had to say, “Righto, wankstain, have the cards on the fourth day. See if I give a sh*t.” And of course, secretly, he did. He gave lots of sh*ts. 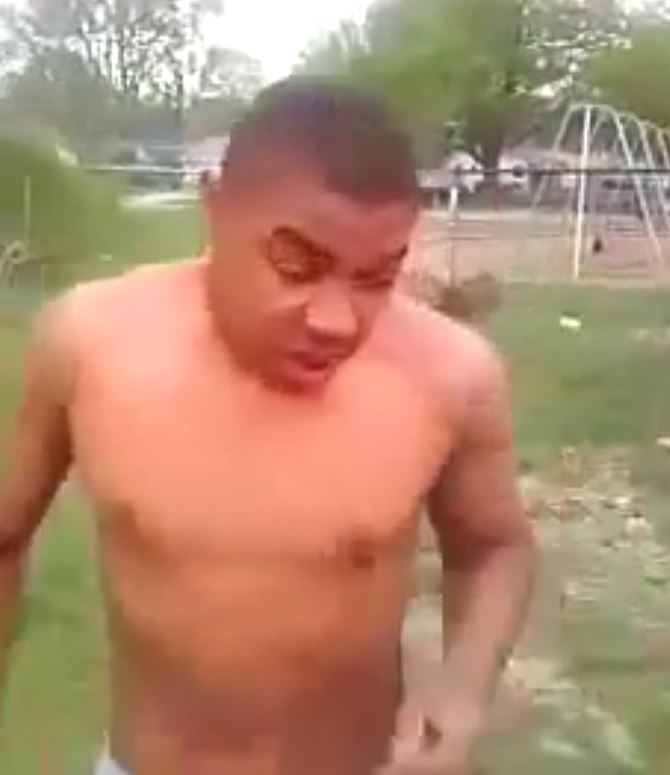 Final thought: God knows the real reason for this dispute, but it doesn’t actually seem that hostile. Well, not in terms of the way it’s conducted for the most part. It’s kind of what makes the kicks odd. It seems so civilised outside of that. Maybe they’ve been reading their Palahniuk and this is their version of Fight Club. Either way. Purple Nurple wins. Good sh*t.