We say this all the time, but we bloody love dogs. The legendary buggers really are man’s best friend, and we reckon that’s because – in a way – they’re just like us. And, deadset, we mean that. Some of them are big bundles of joy, some of them are worry-warts, some of them are complete arseholes and some, well, some are lazy pricks. Take Floyd the big mastiff who walked up a mountain but didn’t want to walk back down again as an example. Seriously, Floyd, we see you working, mate. We see you working and we love you for it.

Floyd is, by any stretch of the imagination, a bit of a bloody unit. Don’t take our word for it, though. Have a squiz at all 86kg of him.

Yeah, nah, he’s not the kinda dog you chuck in your handbag. 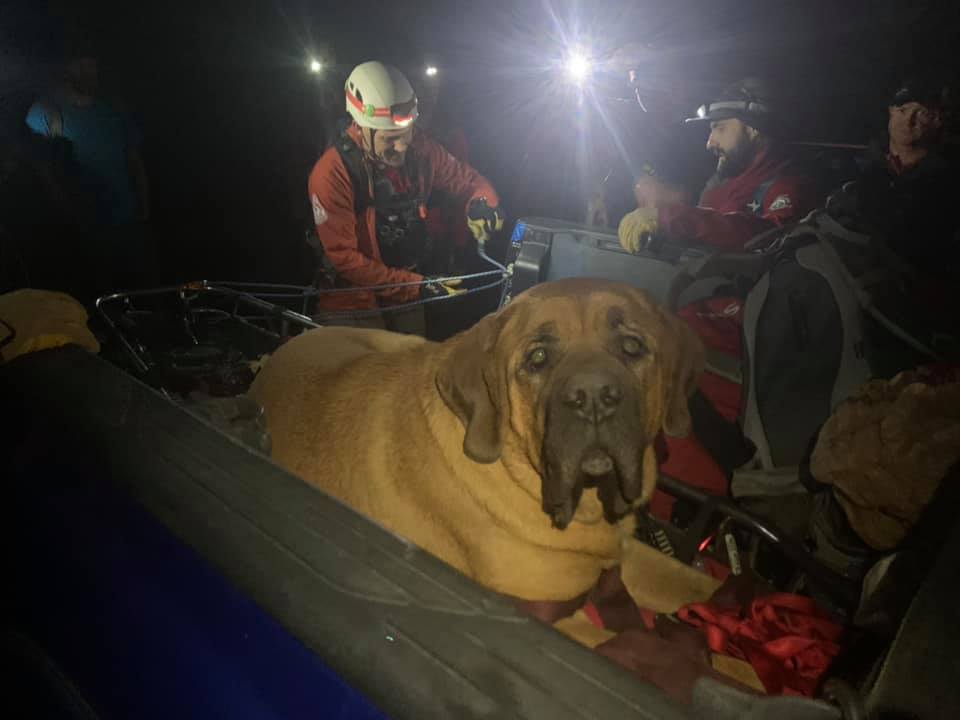 Still, that doesn’t stop Floyd from going for kickass walks with his master, and on this particular occasion, Floyd and his human had decided to take the rigorous trek up the Grandeur Peak trail near Salt Lake City in Utah. Although, to be completely fair to Floyd, we’re not sure he had much choice.

Judging by the way things unfolded, we get the idea that Floyd was the member of the party going, “Yeah, nah, mate, it’s a f**ken long way up. I’m not small and if you take me up there, I can’t promise I won’t blow a foo-foo valve.” 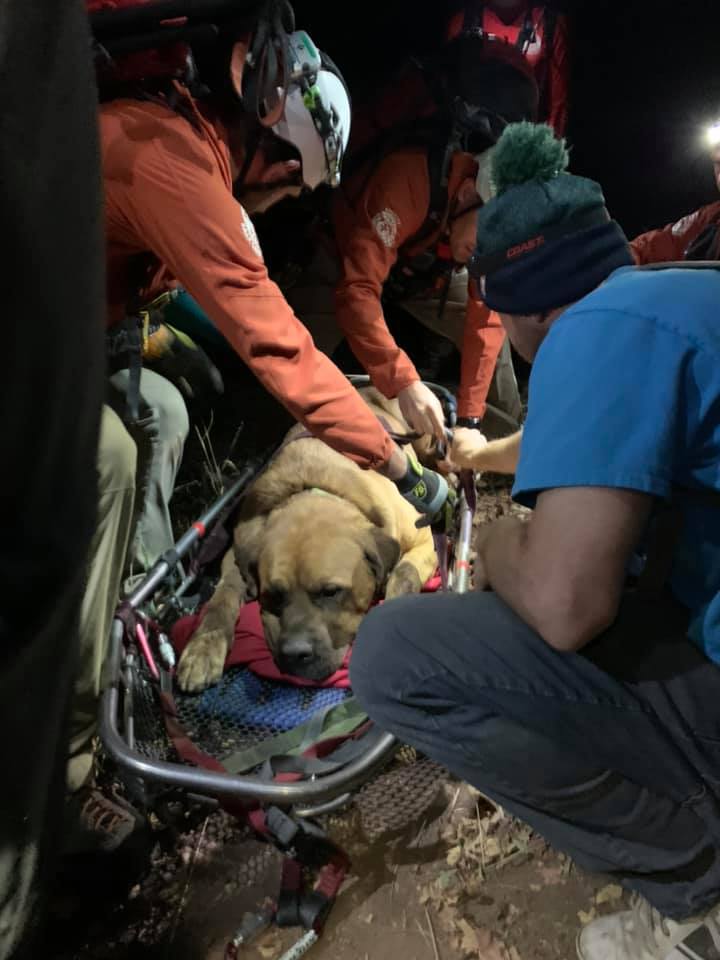 And blow a foo-foo valve, Floyd did. Apparently, he made it all the way up top, but when it came time to leave, he was like, “Yeah, nah, I warned ya. I need a sleep before we go anywhere. You go ahead. I’m just taking a rest.”

Eventually, his master shook his head at the lazy bugger and called emergency services to let ‘em know his drama queen of a dog had called it quits before coming down off the mountain. 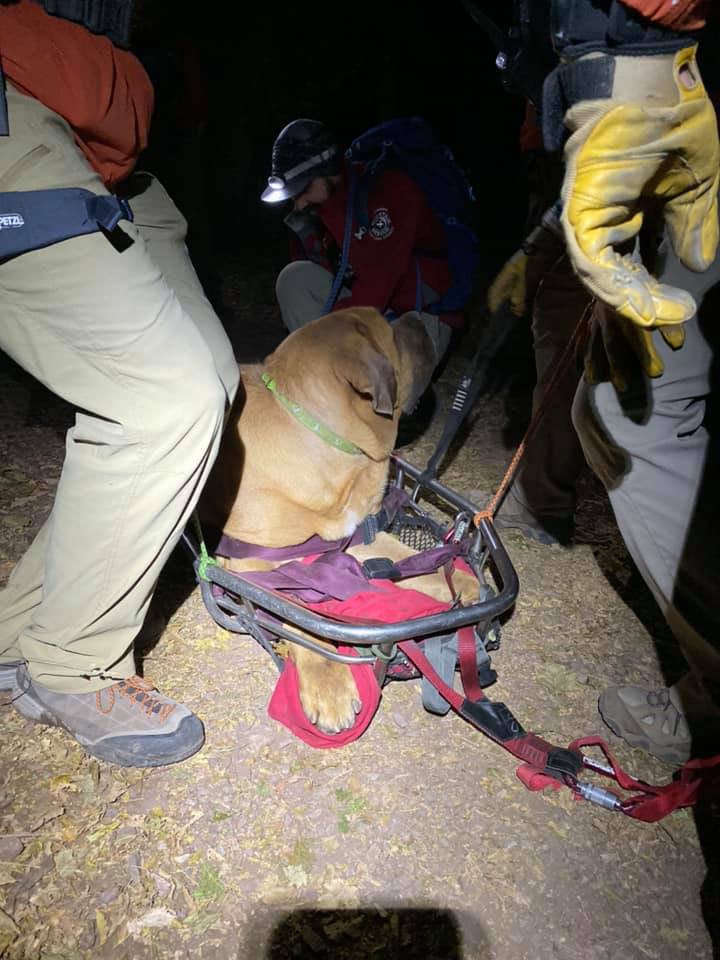 Emergency services released a statement on their Facey, pointing out that, “Several hikers had called Unified Police to report that the dog and his owner were on the trail and not able to move. Salt Lake County Search and Rescue members went into action and headed up the trail to make sure Floyd could get off the mountain with his human before it got too cold.” 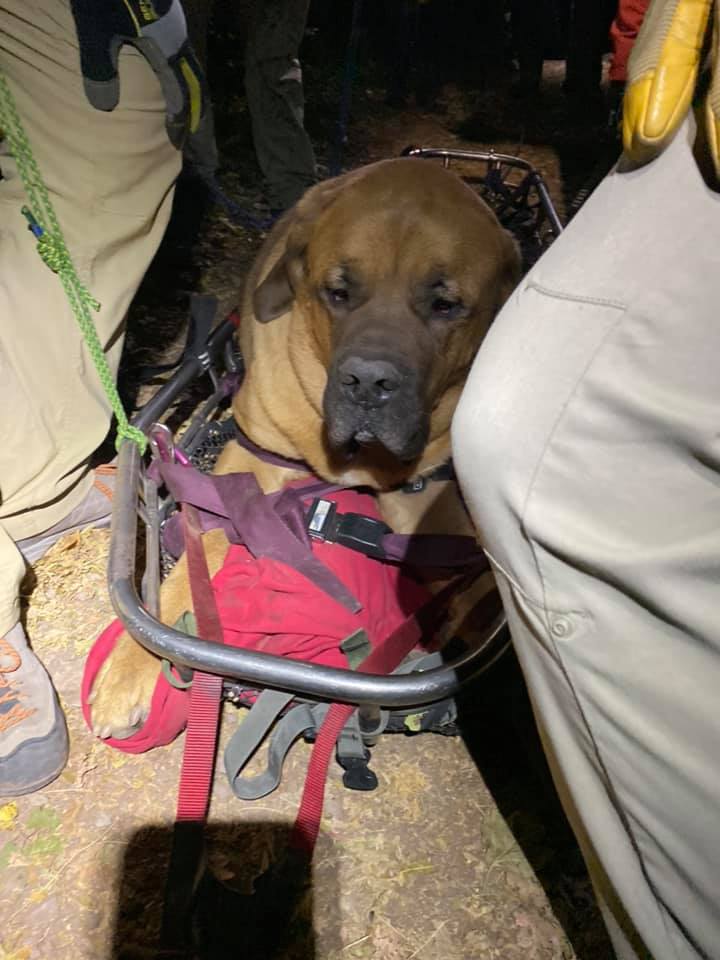 As you can see from the footage, Floyd is rocking that litter like a bloody king. Don’t tell us this wasn’t his plan all along.

Final thought: Seriously, though, if you are taking your dog on an epic hike, make sure it’s one they can cope with. They’re pretty hardy buggers, but you don’t want them giving up the ghost before their time. You probably know that some of the portlier pooches out there have to take things a bit slowly until they build up their fitness, so keep it in mind when you’re chucking on your North Face gear and grabbing your Camelbak.