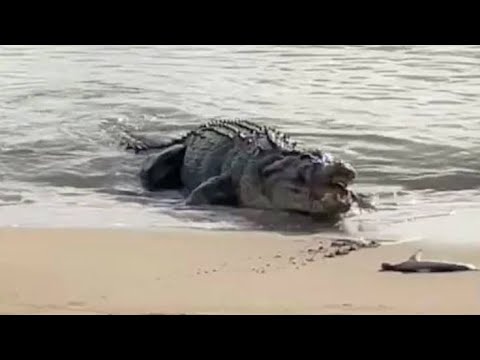 Mate, if there’s one thing you know about Australian waters, it’s probably that the surf’s full of sharks and the rivers are full of bloody crocodiliacs. It makes swimming anywhere a daunting prospect when you’re in the top end, but we’ve got a surprise for you. The crocs don’t mind a surf either. Yeah, nah, turns out that sharks aren’t the only threat when you’re trying to catch a fish—or a wave. Also, the crocs are eating the sharks now. Yeah, nah. Have a squiz.

All right, so we know this isn’t the first croc eating a shark video you’ve seen. S**t, it’s not even the first one we’ve posted recently. As you may remember, we showed you a video of a fairly small croc pinching a shark off a fisherman’s line. It was pretty rad, but we reckon this one tops it.

For a start, that dude was in a boat and you can expect the crocs to be where he was. Secondly, that particular saltie wasn’t massive. Don’t get us wrong, it’d still rip your d*ck off, but it wasn’t anything on this one.

Deadset, take a look at the f**ken size of this pr*ck. He looks like Godzilla coming out of the surf, and there’s no wonder the sheila who’s just about to lose her sharks is like, “Yeah, nah, he can have ‘em.” 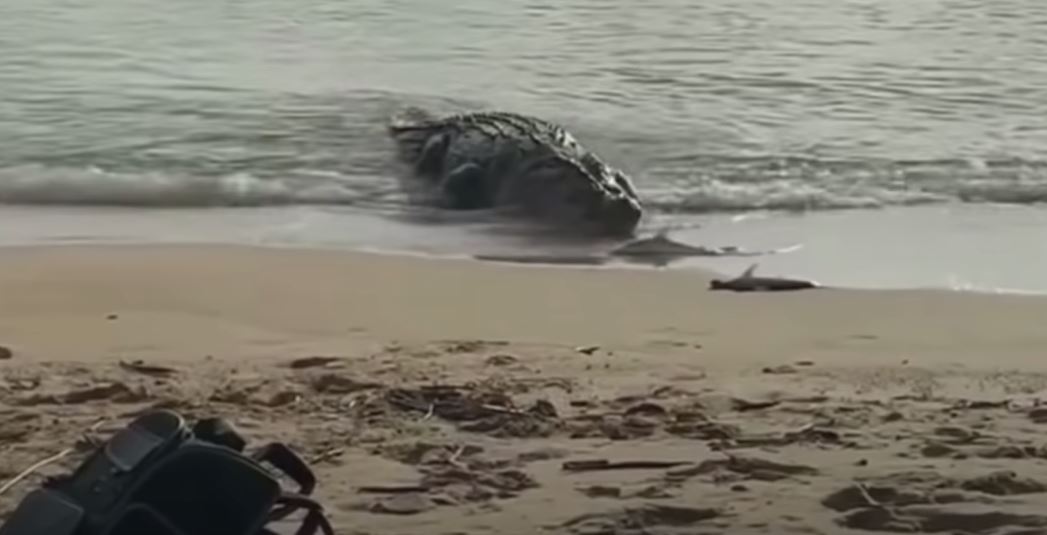 As she films the big b**tard coming into shore, she says, “I just caught a shark which I couldn’t get back in the water because this fella was coming, and now he’s gonna eat it and I’m gonna shite myself…I’ve never been shaking so much in my whole life.”

As he rocks up on the beach, she estimates his size, and while there’s no actual tape-measure, it’s plain to see that he’s a big boy. “Oh my lord, he’s like one, two, three; I can see like four metres, and he’s still got tail in the water. That’s the biggest crocodile I’ve seen in my life.” 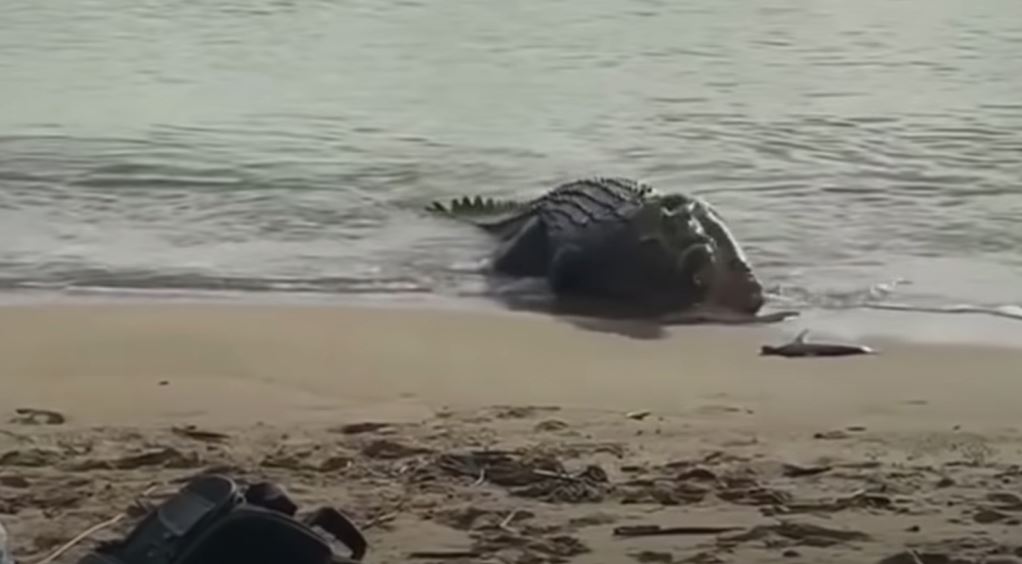 From there, her husband snaps a couple of primo shots with his camera, prompting his misso to tell him he was crazy. Right after she added something that’ll make your blood run cold. “Don’t ever ask me to jump in the water to catch your fish again.”

Final thought: We could watch these videos all day. Honestly, though, imagine having a bit of a refreshing dip and not realising he was cruising up in the surf. F**ken scary s**t.