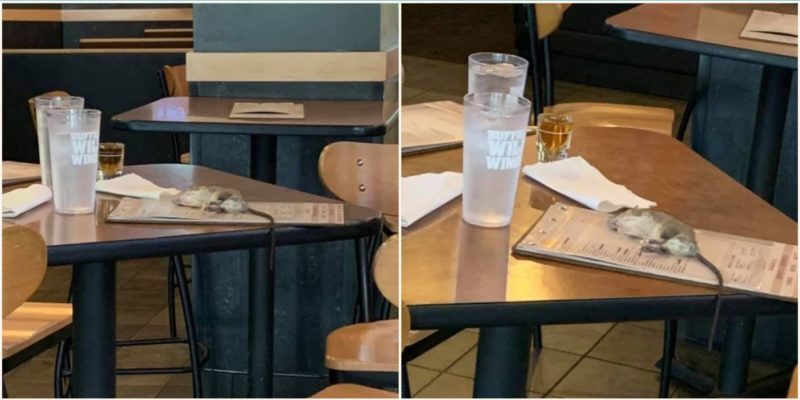 In a pretty bloody interesting event that’s sure to get the Ratatouille memes coming in the comments section, a sheila in the States was sitting down at a restaurant when a big bloody live rat came plummeting from the ceiling and landed on her table. 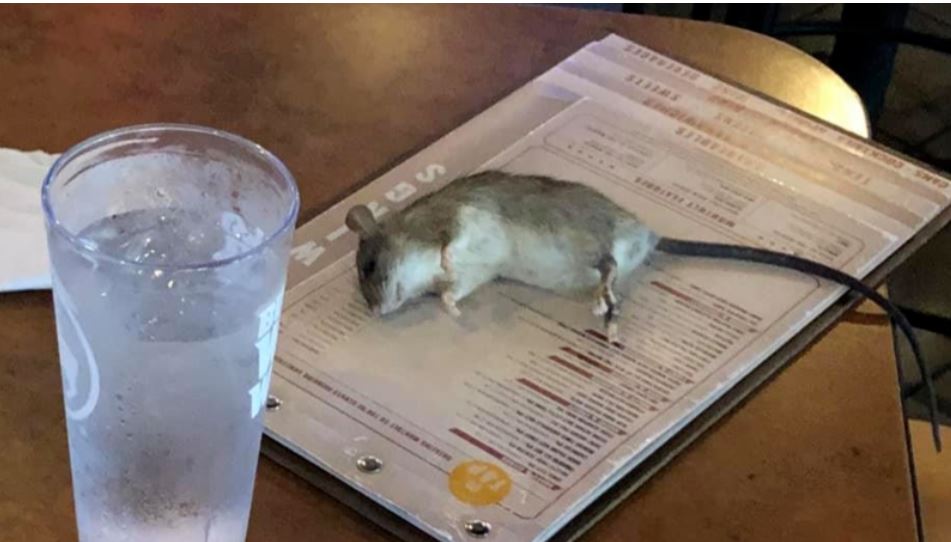 In seriousness, though, the event’s not as dramatic as all that. Don’t get us wrong; it totally could have been, but the restaurant’s probably lucky the offended sheila, Alisha Norman, was actually pretty bloody calm about it. “You could hear something come down,” she said when describing the rat’s fall from grace. “I knew (it) was going to be injured because it hit like a Mack truck.” 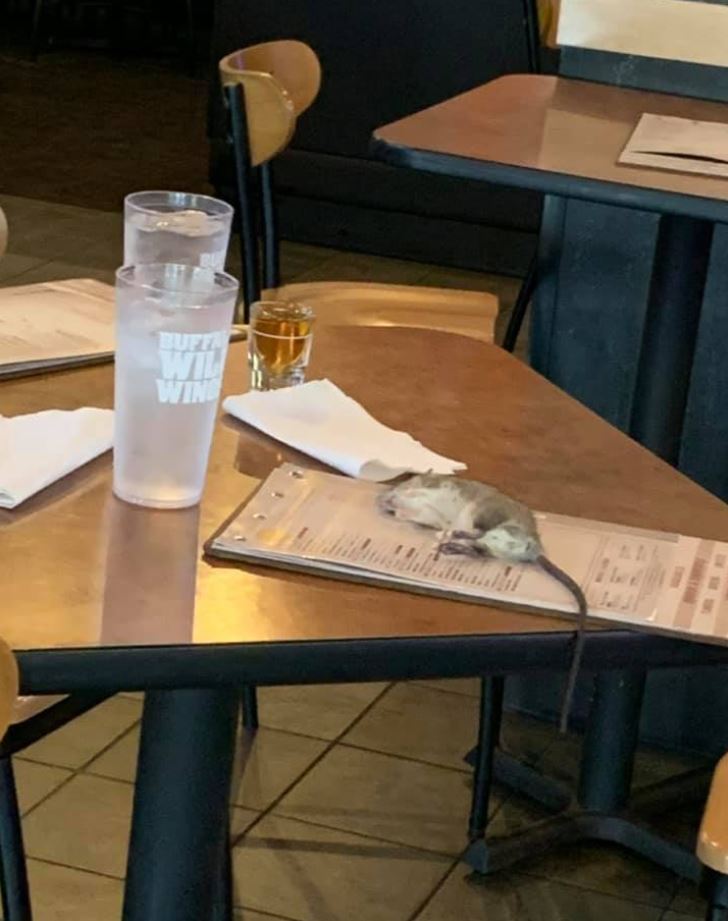 Thankfully, Alisha didn’t have to deal with a rat on her own plate when the rodent went kamikaze. So, er, yeah, nah, despite the fact she found the whole event ‘terrible and disgusting’, she didn’t lose her bananas. Instead, she told her Facebook friends, “I’m a science teacher and went to nursing school. I’ve seen worse… ”

Obviously, Alisha was calm and collected, but here lies the crux of the matter. Would you leg it and risk the rat getting away from the table – making you look like the bad guy – or would you use it as your opportunity to get some free tucker?

Alisha opted for the high road. She told the manager, who said it must have come down from the construction work upstairs. The dude then came and got it with two plates and put it in a bag and compensated her for the bill. 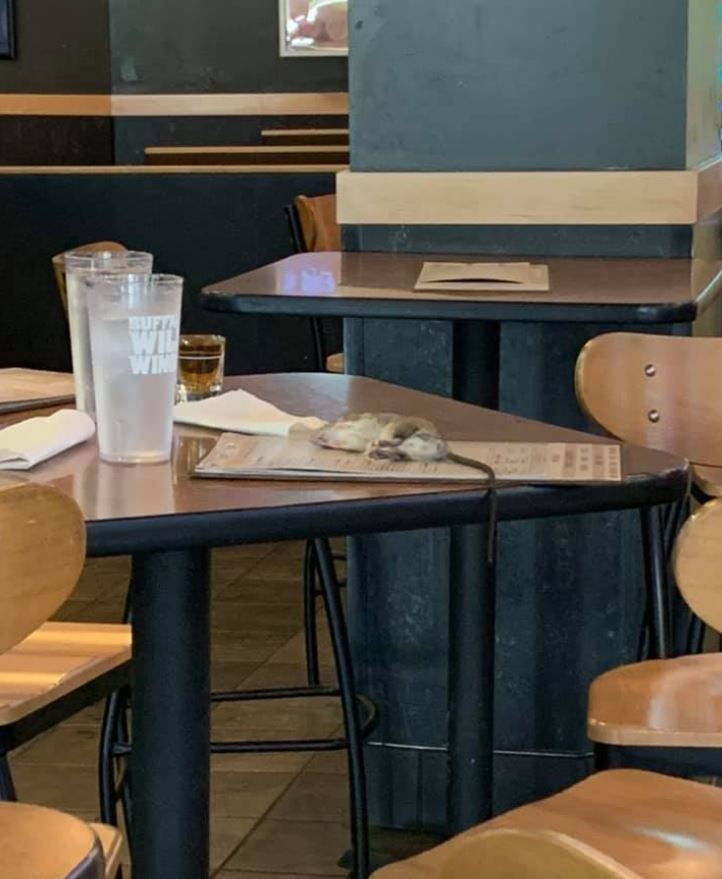 As for the rat, we know it was injured in the fall, but we can only speculate as to what happened next…

Final thought: This would be a pretty bloody unexpected moment, but we reckon we’d react similarly to Alisha. A free meal’s a free meal. How about you?