Calls for Joe Rogan to moderate the 2020 Presidential Debate intensify

Remember when you were in high school and you wanted to change something? If you had a socially-minded mother, she might have said, “Why don’t you start a petition, darl?” Back in the day, it was usually a fairly small affair that showed public support for or against something, but with the bloody internet being totally f**ken hekkers these days, petitions’ve taken on a new lease of life. And that probably explains why 110,000 blokes and sheilas have signed a petition hoping to get Joe Rogan to moderate the next Presidential Debate… 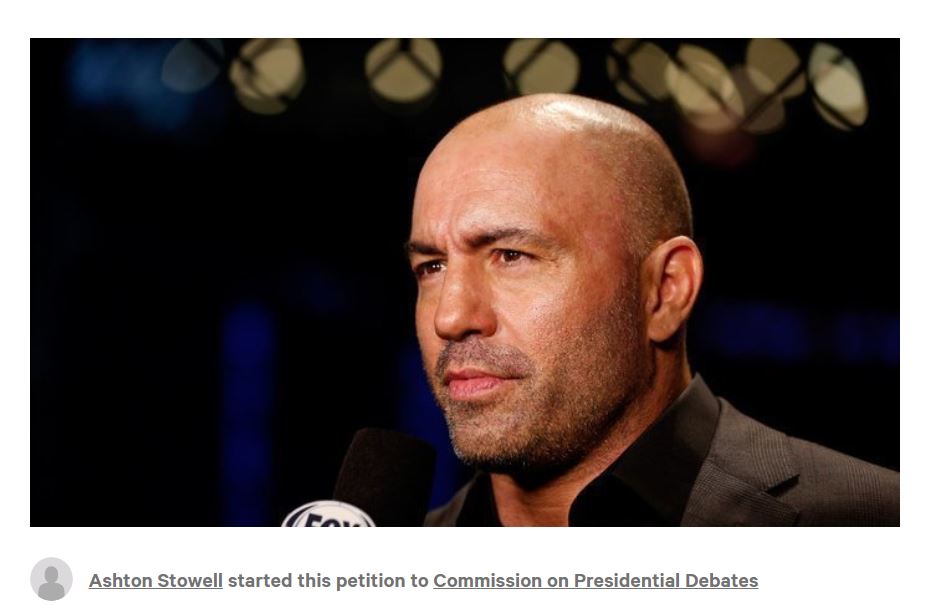 We’re not gonna soapbox about the state of affairs in the US right now, but we are gonna say that every time we think our country’s having a bit of a spack-attack, we get to look at our friends on the other side of the Pacific and thank our lucky stars that things aren’t as bad here as they are there. Actually, sometimes things definitely are as dodgy and bad down here. We can take comfort we’re all in it together at least, yeah?

And that’s probably why the next Presidential Debate is seen as pretty bloody important. There is – for obvious reasons – a fair bit riding on it and that makes it imperative the moderator is a take-no-guff kind-of guy who’ll hold both Presidential hopeful and incumbent shemozzle accountable. 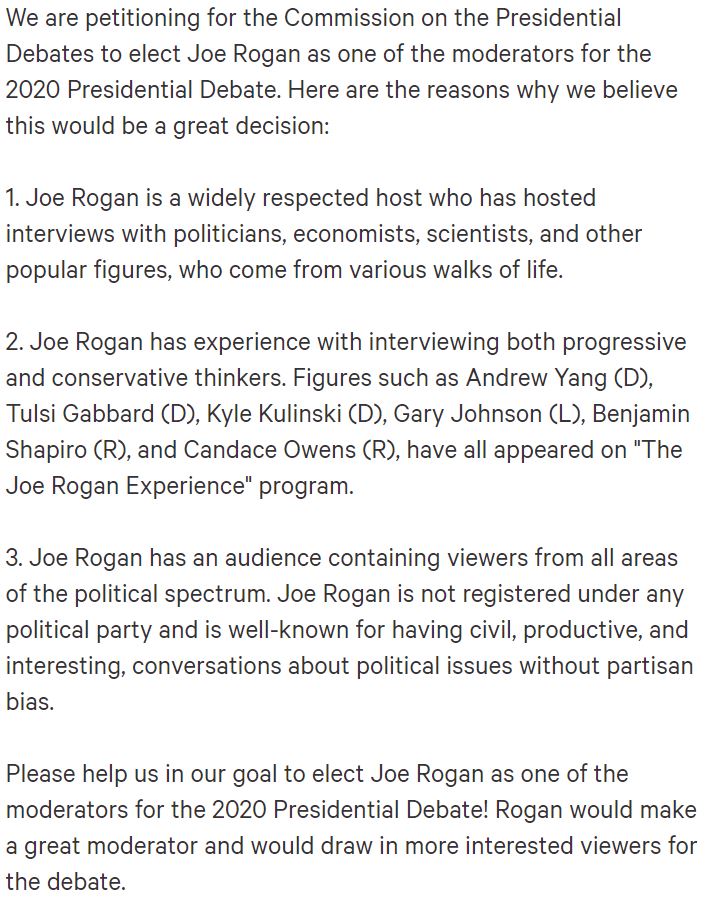 One petition on Change.org has suggested Joe Rogan is exactly the man to be put in the middle of the debate. Have a look at their reasoning and see what you reckon:

“Joe Rogan has an audience containing viewers from all areas of the political spectrum. Joe Rogan is not registered under any political party and is well-known for having civil, productive, and interesting, conversations about political issues without partisan bias.”

With the petition hoping to secure 150,000 signatures, they’re bloody cruising right now. As we’re writing, they’ve got well over 110,000.

Final thought: To be honest, we reckon this looks like a pretty fun idea, but what do you blokes reckon? Is democracy a sham anyway? Has Russia already decided who’ll win? Is the States in for another controversial four years where everyone under the sun has an opinion about their country? Let us know what you reckon – and if you’re keen, sign the petition at Change.org.