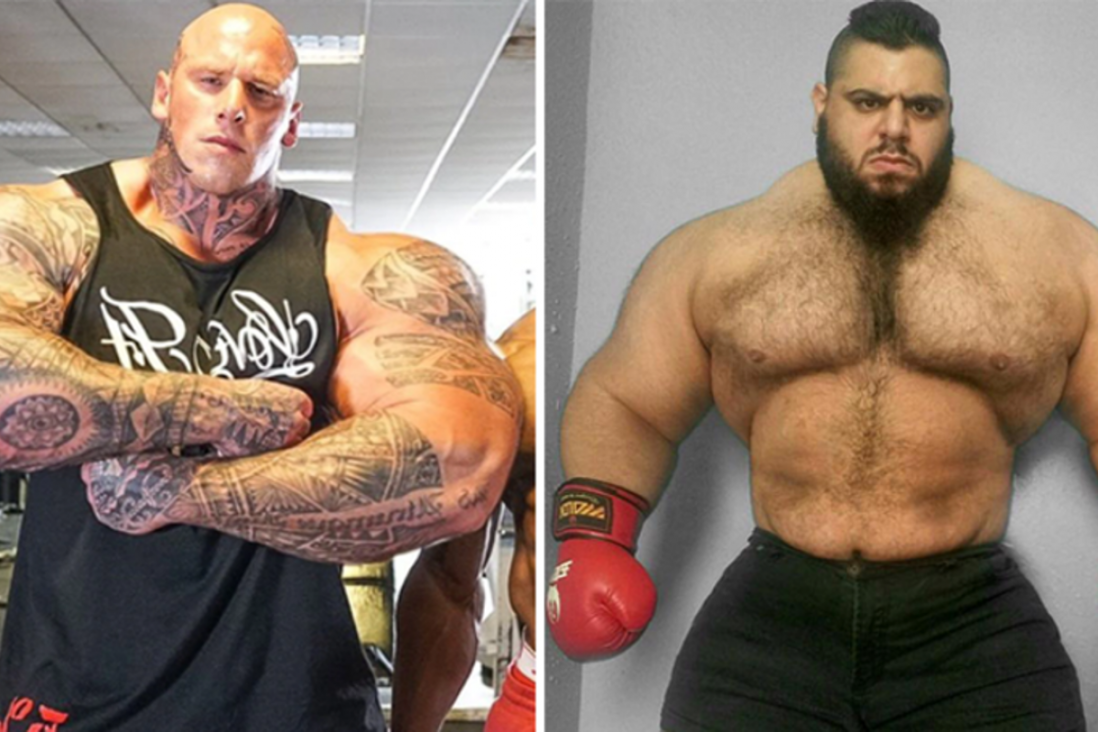 If you’re anything like most of the blokes and sheilas we know, you’re probably pretty f**ken happy that celebrities all over the shop are queuing up to fight each other. Yeah, nah, deadset, it’s bloody grouse to watch these celebs (even if they are pretty far down the B-list) try to punch the f**k out of each other, and we’re pretty happy to get behind it. That’s why we’re glad another one has been organised: This time, Pommy actor Martyn Ford, the ‘scariest’ man in the world is gonna punch on with the Iranian Hulk.

Just in case you don’t know either of these two, we’ll give you a quick little intro. Ford is about seven feet tall and has been seen in movies like Fast & Furious 9 and Kingsman: The Golden Circle. While he’s never fought professionally before, he is understood to be a trained MMA practitioner.

Sajad ‘Iranian Hulk’ Gharibi hasn’t fought professionally before either, but this one’s been a long-time brewing – just like the farts these two protein fiends are probably ripping. Yeah, nah, the 390lb monster and Ford were first scheduled to fight in 2018.

Deadset, we even spoke about it on this site. Unfortunately, that s**t didn’t end up happening. Now, though, with bad blood between the two men, Ford’s announced on his Insta that he’s keen to get to business.

“The London O2 is booked. I would absolutely love to put on an event you guys will never forget. This to me is very personal…things have been said that can’t be taken back, by numerous people in his circle. I will release exactly what at the press conference and you will see just why this is so personal to me.”

We’ll be honest, we like the sound of that. Still, Ford’s under no illusions as to his skills. “I can’t promise you the most technical fight in the world,” he reckons, “but I will promise you that I will bring my absolute everything and turn this into an event you will never forget. I would absolutely love to pack this arena out and have 20k screaming friends and family show this guy exactly what it means to be strong enough to stand up for what you believe in.”

Final thought: F**k yes. Let’s hope it happens this time and these two beefcakes can pound each other’s faces into mush while we all watch on and enjoy the show!

Yeah, nah, we all know that Tyson Fury’s a bit of a f**ken animal when it comes to the pugilistic arts, but for some reason, even his fans seem to be constantly in awe at the man’s skills. For a case in point, check o...

When you think about the bloody Mountain from Game of Thrones (or the bloke who played him, Hafthor Bjornsson) you probably picture the physique the bloke’s known for. Obviously, there’s a reason for that. As a man kn...