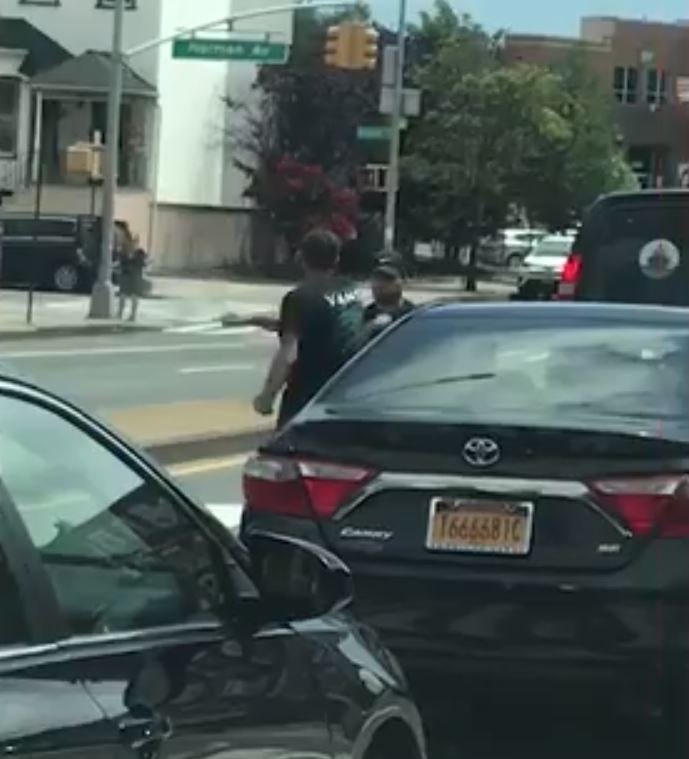 Coming in first we’ve got the bloke who looks like he’s swinging around a f**ken knife. Is he? I don’t think my eyes deceive me. He’s definitely got something there – and if that’s how he punches, I reckon my grandma could have him. Hang on, it’s not a knife…yeah, nah, it’s a f**ken box-cutter.

In the opposite corner we’ve got the guy who doesn’t seem to realise he should have bought a box-cutter to this box-cutter fight. Without it, this sort of occasion just ends up with someone getting cut. Usually in the box. Oh well, let’s see how this pans out. 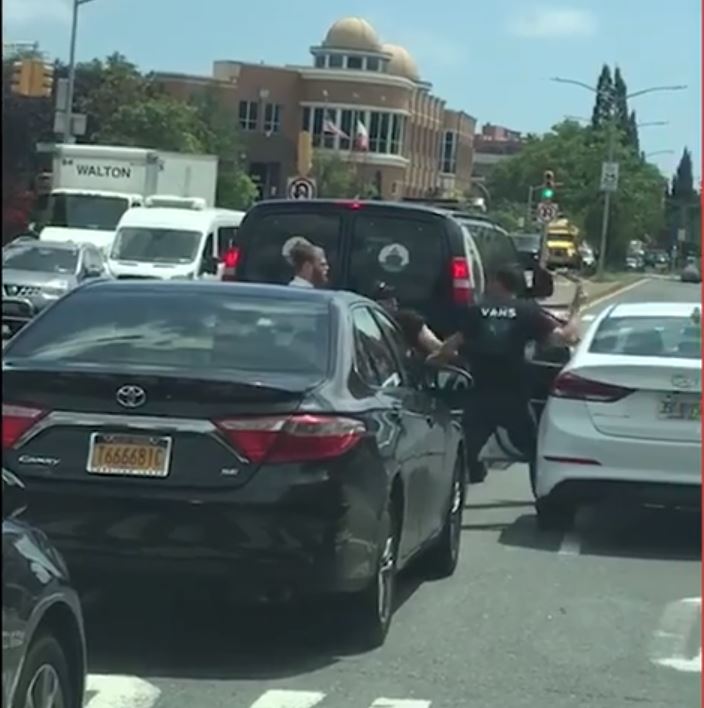 OK, so we’re a bit into it now, and we really need someone to land a punch – or some sort of shallow wound with their box-cutter. Yeah, we’re looking at you, bloke in the Vans t-shirt.

Ah, f**k, the fun police have arrived. Look at this white-collar c**t with his sensible solution to a silly situation. Who the f**k does he think he is? You don’t bring logic to a box-cutter fight. You bring box-cutters; everyone knows that. 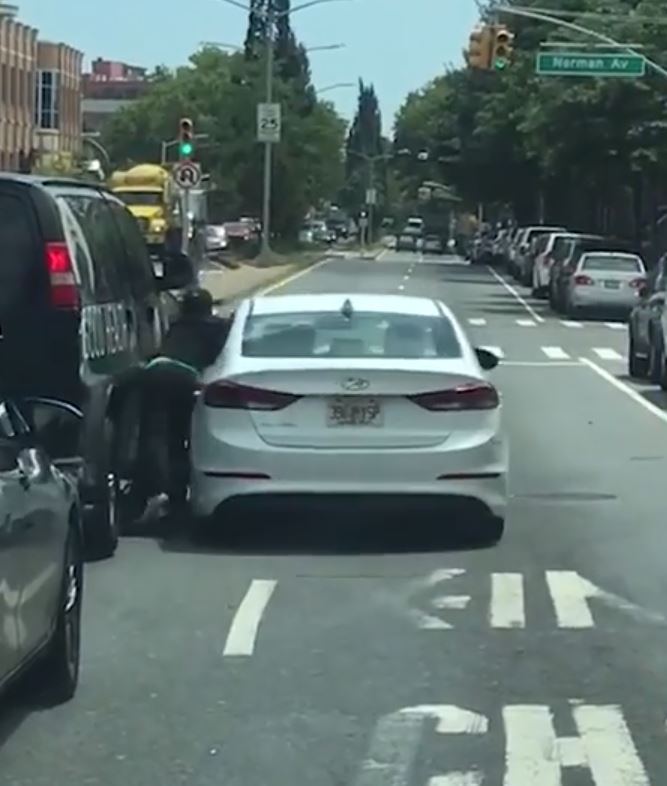 F**ken mirror mirror on the wall, who’s the most likely to be f**ked right up of them all? Credit: NY Post

Ah well, it’s all over, let’s get in our cars and go home. Oi, hat bloke, it’s over. He’s in his car. Leave him…HOLY SH*TBALLS, DID YOU SEE THAT? He got f**ken skittled. Smooshed between two cars. OOFFFF!!! He even catches the bloody mirror face-first! He was like, “Hey, wait, is that a pimple?” 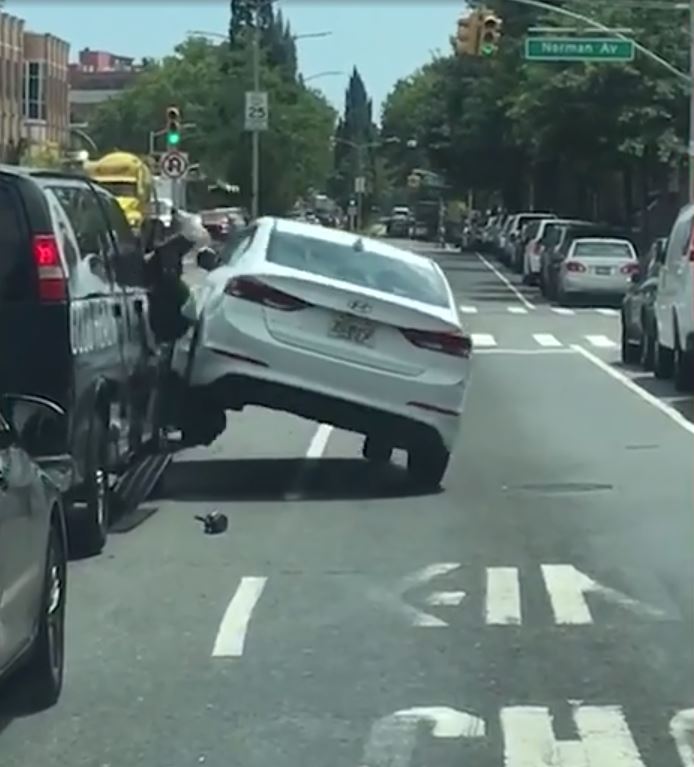 It’s an effective if not exactly cost-efficient method of dealing with your enemies. Credit: NY Post

Final thought: Gotta be honest. That was pretty sh*t to start with, but the ending f**ken rescued it. I guess there’s a lesson in that. If your box-cutter doesn’t work, use your car. That’ll really f**k someone up. Is that the lesson? Is that the lesson that makes sense according to the premise? I don’t think so. Nah, yeah, nah, it’s not. Either way though, you can really f**k someone up with a car.

PS. See things through til the end. They might involve someone getting their head smashed into a rear-view mirror by another car!