It takes a very special kind of lowlife scumbag to break into someone’s house and steal. Especially when they’re stealing from hardworking people. Most folks aren’t rolling in bloody cash and they work their nuts off trying to earn nice things, and that’s why we – along with the rest of decent society – have very little sympathy for any robbers, burglars or thieves who bodge the job and have to deal with pretty violent consequences. Matter of fact, that’s why we love this hectic video from Melbourne.

When the video opens, it explodes into action like a Michael Bay piece.

There’s two dudes running from a house. One trips. The dude behind him, a tradie rocking the hi-vis is brandishing a fuggen sledgehammer.

And, yeah, he takes a massive bloody swing! 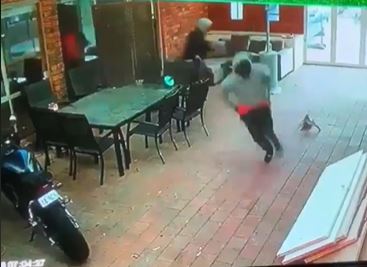 The thieves make a break for a car in the driveway, and another dude comes out. This bloke’s rocking the classic Ozzy crime-fighting costume. His grundies. The two victims, who are defending their property are like, “F**k you!”

They smash the bloody windows in and one of them drags one of the filthy pricks out of the car before giving him a bit of a touch-up.

At this moment, you can hear the commentary. He’s like, “Look at the top of the screen. When he goes down here, I kicked him so hard in the head!” 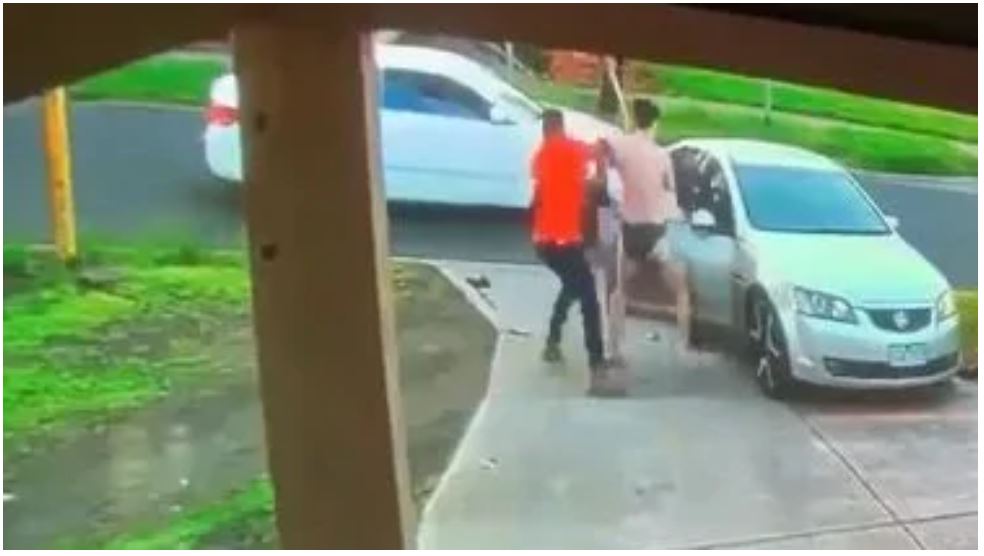 Meanwhile, underwear dude is still pounding at the guy in the car with the handle of the sledge. And, deadset, s**t is hectic. So when a car tries to run over Hi-vis Man, he’s like, “Yeah, nah.” Another dude gets out and it’s bloody on again.

Anyway, from what we can  gather, once the dust settled, the lowlife scumbags were three teens aged between 16 and 17. They’d already broken into another house that same morning, and cops charged them with more than sixty offences. 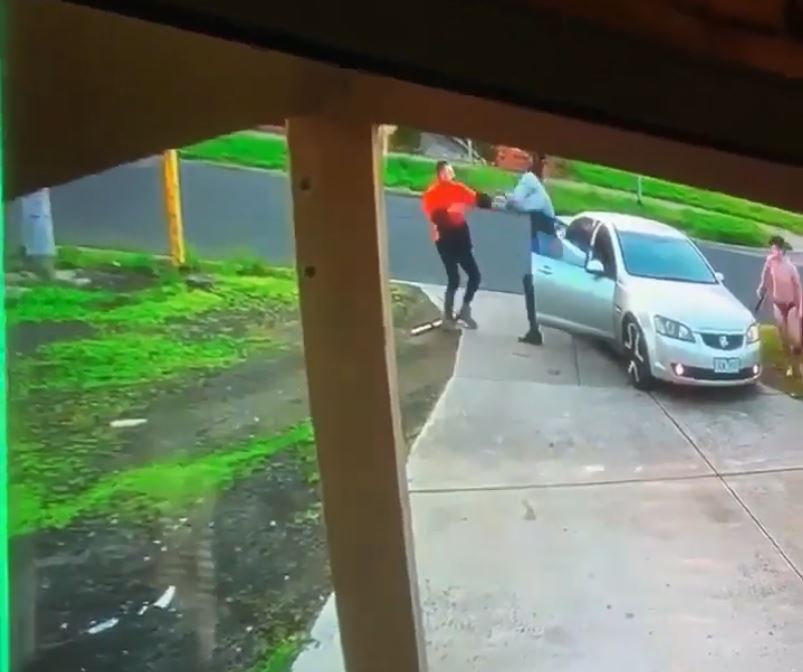 They’ll appear in a children’s court at a later date.

Final thought: We’re not usually big proponents of violence here, but we do bloody love it when thieves get a touch-up. That always goes down as a deserving consequence in our books. What do you reckon?