I’m pretty sure we’ve all felt the urge to sneak a cheeky kip at work in the past, but I’m also pretty certain most of us are a little bit less deserving than the Chinese doctor who’s gone viral. Luo Heng, the bloke in the photos, has by all accounts pumped out five surgeries in one epic 28 hour shift and crashed out in the most convenient spot available to him.

First of all, five operations in 28 hours is f**ken epic. It’s also probably more than a little bit risky. Would you want a bloke who hasn’t slept in more than a day performing surgery on you? Now, I’m not sure what kind of surgeon, Mr Heng is – apart from a tired one – but I’m pretty certain this is how the wrong woman wakes up with a new set of tits. How a bloke who’s supposed to have his hernia cut out gets an unexpected circumcision. How a fella booked in for a vasectomy wakes up with a new vagina. 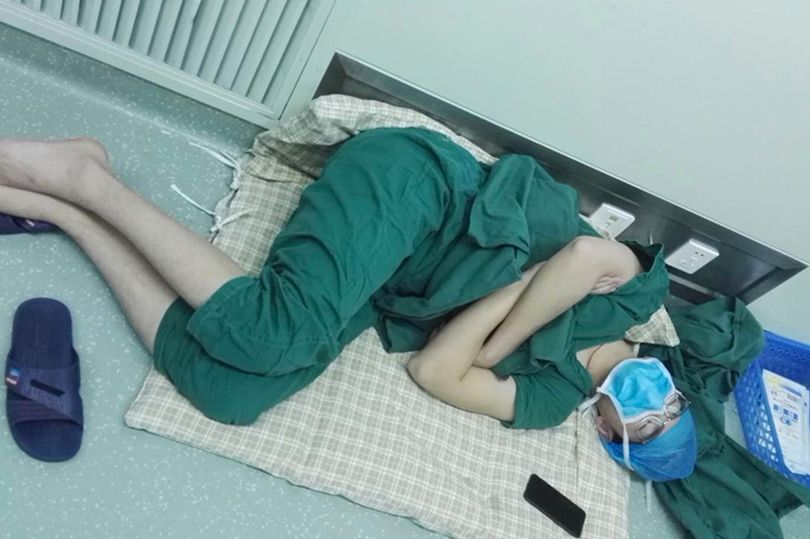 He even has his mask on still. Credit: AsiaWire

Anyway, let’s look past that and let’s talk about the herculean attitude it takes to power through twenty-eight hours of pretty much any kind of work – let alone the kind that saves lives and requires you to be operating at full mental capacity. 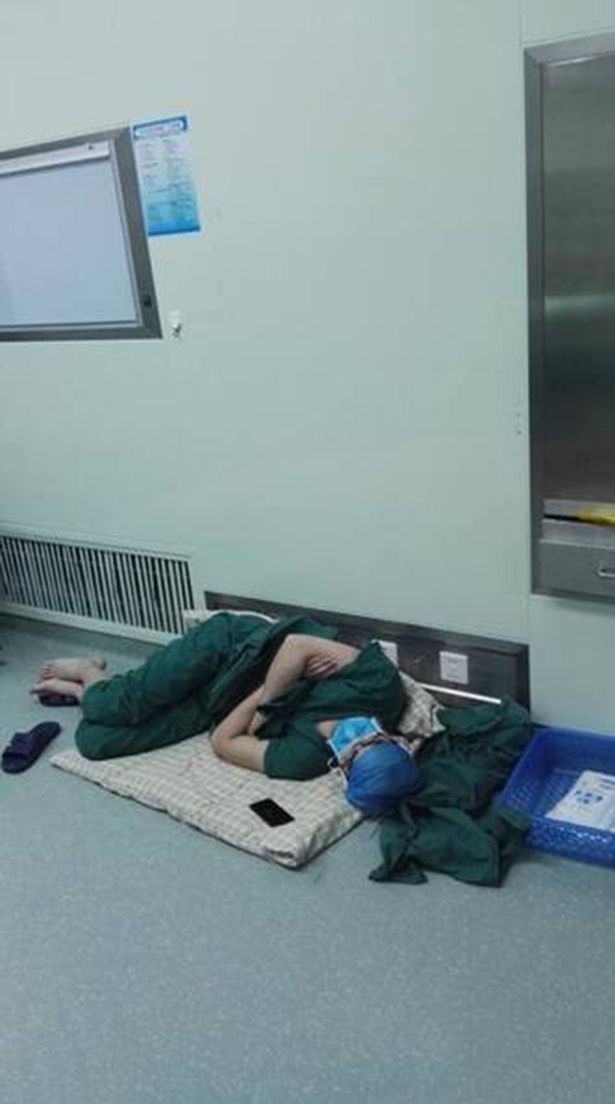 I’m amazed his phone has battery after that long. Credit: AsiaWire

Consider for a minute the possibility that Heng, who allegedly performed two surgeries overnight and then powered through to complete three more, performed them because there was no other option and the people he operated on were in dire need of help. It’s entirely possible he procrastinated his sleep so that he could save a life.

As for sleeping where he did, if that means a dedicated surgeon can be alert enough to drive home, get some proper rest and come back to help more people, then f**ken good on him. Sure, it might be a shame the bloke didn’t even score a hospital bed, but maybe that’s a result of just how busy the hospital was. 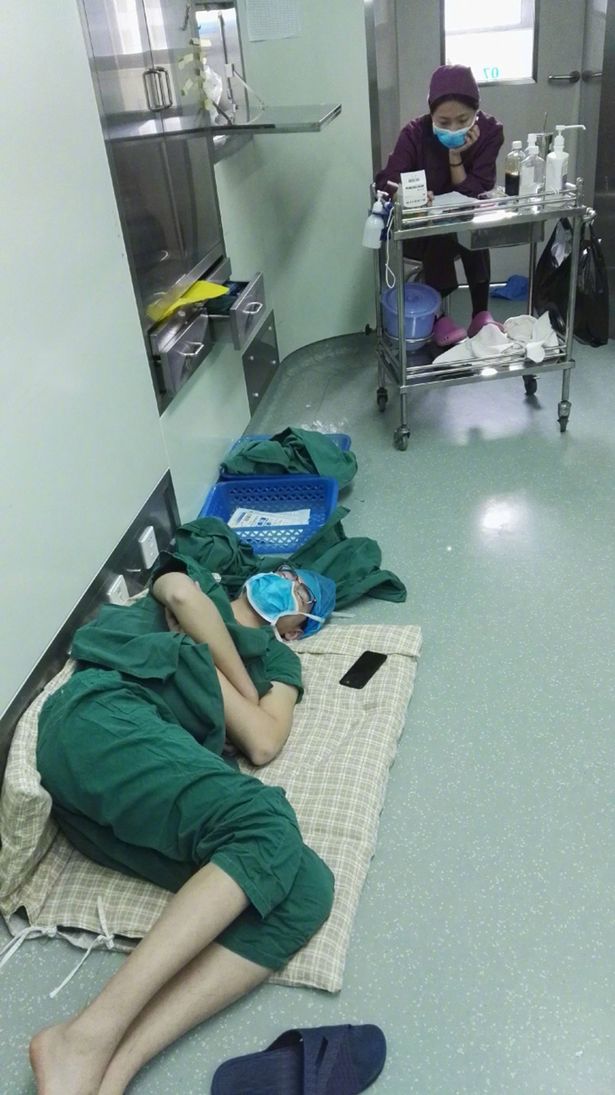 The cleaning lady isn’t sure how to take it. Credit: AsiaWire

Final thought: Next time you pull an all-nighter or work some ‘optional’ overtime, spare a thought for blokes like Luo Heng. They go above and beyond to look after wankers like you and me all the bloody time – even if they are a bit bloody sleepy.