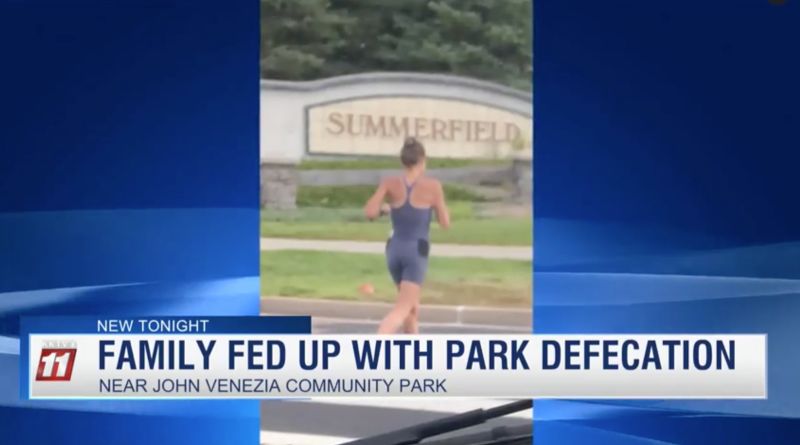 We love a sh***y story here at Ozzy Man Reviews, and this story from the States is definitely number 2 on my list of favourite stories this week! It seems that the town of Colorado Springs has got itself a phantom pooper.  Wait, not even a phantom pooper; a blatant pooper.

That’s the turd one this week. Credit: KKTV 11

Have a go at the video at the ‘bottom’ of the page.

The lovely woman, who the local wankers have dubbed the ‘Mad Pooper’, has made a habit of popping a squat and busting a grumpy right on innocent people’s front lawns.  Yep, just like that.  Stop for a breather, drop your underoos and pinch off a loaf, cut some rope, drop the kids off at the pool and drop the property value.

Seriously though, what a filthy bugger!  There are literally dunnies across the street.  Crikey, if you’re really that desperate just knock on the front door and ask to come and make an offering to the porcelain Buddha.  But crafting a fudge pop right there in the front yard just isn’t OK.  In fact it’s sh**.

It reminds me of a time when I was walking to the bus stop back in my uni days. I’m walking along, minding my own business, smelling fresh turd in the air and watching where I put my feet when I see a young whippersnapper dragging his mum outside to show her, “what he’d done.”  The little prick had dropped a swamp pie right there on a traffic island in the middle of the road. 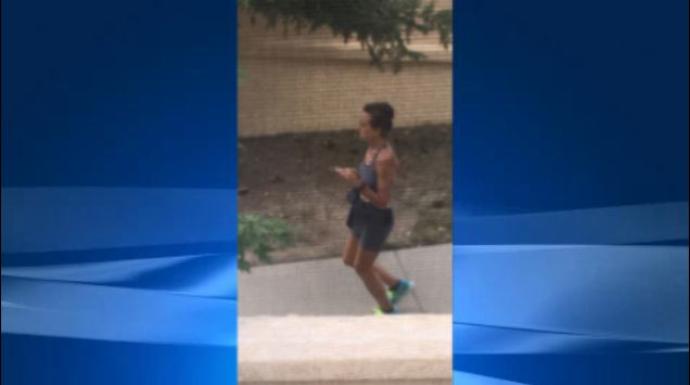 Is she on the run or does she just have the runs? Credit: KKTV 11

Now he was only three or four, the Mad Pooper is at least several times that age.  She should know better.  Like the guy in the video says, “It’s just not a natural thing we do in our society, to drop your trousers and, uh, and relieve yourself right there when you know there’s people around.”

Geez, it’s not even normal when there aren’t people around.

All I can say is you’ve got to watch this video.  I for one, love news stories like this.  In fact, when I watch the news if I have to listen the reporter tell me about people dropping bombs, I really prefer this kind of bomb to the one that kills people.

Having said that, I do hope they catch the Mad Pooper – her story has to be worth hearing.  Is it a mad tale of revenge?  Does she just get the sh*** when she runs?  Or is she just addicted to blowing mud in people’s front yards?

Final thought: what do ya reckon is a suitable punishment for someone caught in the act like this?

Watch the video below…