As you know, bloody toilet paper has become the most sought-after item in all of Australia. Deadset, people have stopped searching for love on the internet. They’ve stopped seeking fame and fortune. All they’re doing now is scouring the darkest corners of the bathroom cupboard for old thunderbox for a spare dunny-roll, combing through the recycling for the odd tube with a square of the good stuff left on it, and trawling the furthest recesses of the thunderbox for a spare corner of s**t-rag. Yeah, nah, times are tough, and those of us with poo-paper to spare are living like fat cats.

Rightio, if you haven’t met Shammi before, you’re about to meet another of ‘Straya’s fine young larrikins.

The bloke’s been kicking around the internet for a while, uploading videos of his various pranks and their aftermath, but this time he’s living the life thanks to his prodigious supply of bowel towels. 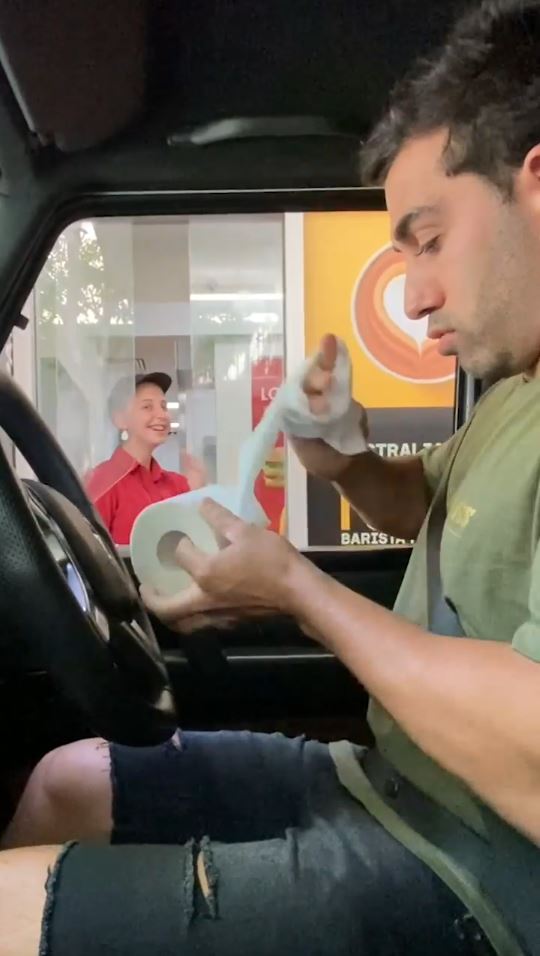 Yeah, nah, as you’ll see in the video he’s uploaded to the old Book of Face, he’s got so many bum tickets, he’s throwing them around like he’s the star a bloody hip-hop video.

First of all, he rocks up to Macca’s and cruises through the drive-through. 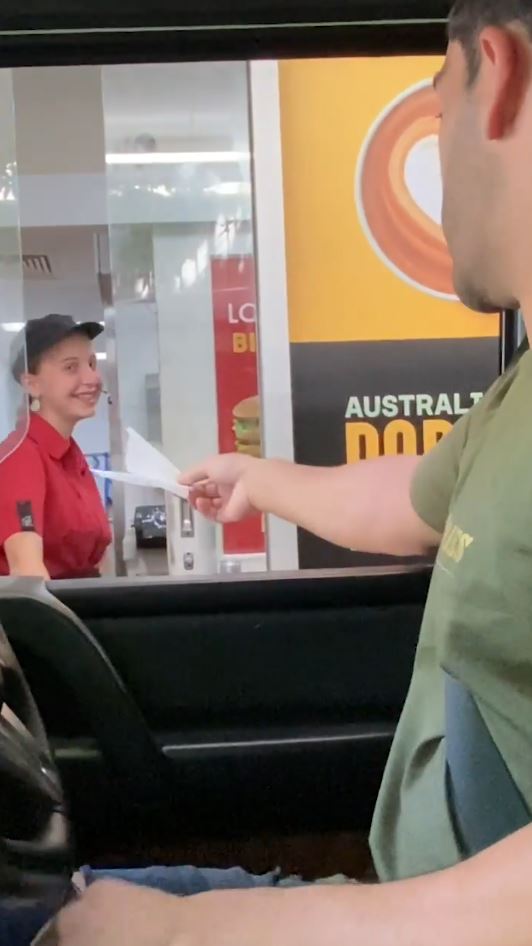 The poor young sheila at the window doesn’t quite know how to handle it when he starts passing over s**t-stickers, so she does what any young embarrassed lass is going to do.

She giggles her way through it, and, in fairness, she’s a bloody good sport. 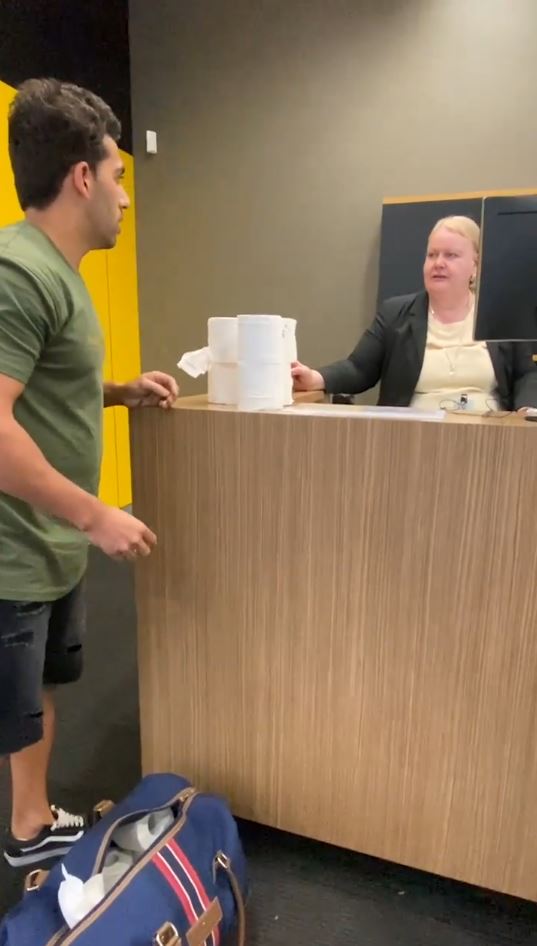 One old duck who’s not such a good sport is the bird at the bank. When Shammi starts trying to make a deposit, asking for the change in hunjees, she’s just like, “What the f**k are you doing?”

Deadset, if the look on her face doesn’t say that she thinks Shammi might be off-chops, we don’t know what to make of it. 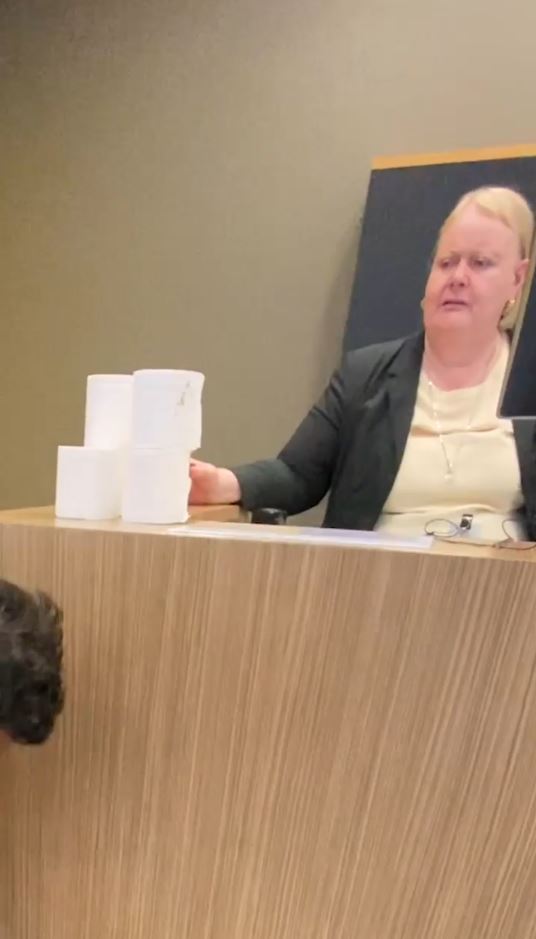 Final thought: Yeah, in all honesty, we don’t know what to make of this infatuation everyone’s developed with toilet paper. Seriously, as far as non-negotiable items go, it’s not as if it’s the most important thing. After all, worse comes to worst, you can hop in the shower or bust out the gurney for a particularly sticky one. Anyway, let us know if you’ve run out because of these hoarding b**tards.