Social distancing is obviously the new normal. Deadset, you kinda get a feeling that even after all this has blown over – if it blows over – loads of places will still enforce strict controls on just how close you can be to other people in public spaces and how many people are allowed in an enclosed space. We’re not sure that’s a bad idea. We’re also fairly sure it’ll take some getting used to. In the meantime, restaurants, desperate to open up and make money, are coming up with some pretty nifty ways to enforce social distancing. Have a look at these pics from around the world…

Yeah, nah, we know that some people out there are all about not social distancing and safe practice in the time of Covid, but that doesn’t mean the more intelligent among us don’t want some manner of protection against the conspiracy theorists and f**kwits.

That’s why we love these ideas. 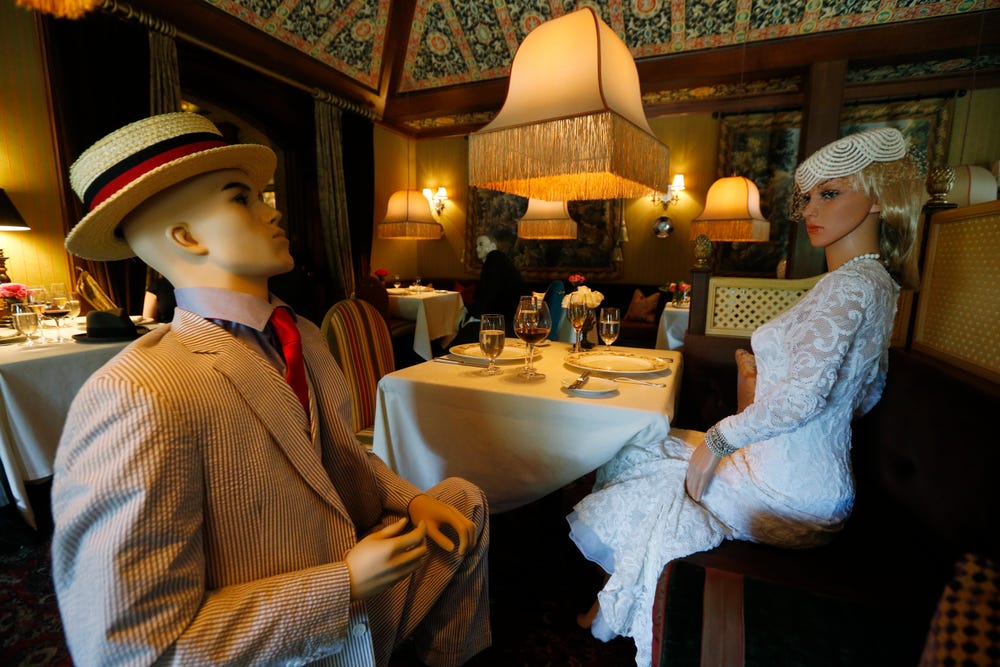 This bloody joint in the United States is actually going about its Coronavirus concerns seriously. We know it’s hard to believe, but have a look at the mannequins they’ve got out there to show people where they can’t sit. Don’t get us wrong, it’s a bit f**ken creepy, but hey, any port in a storm, right! 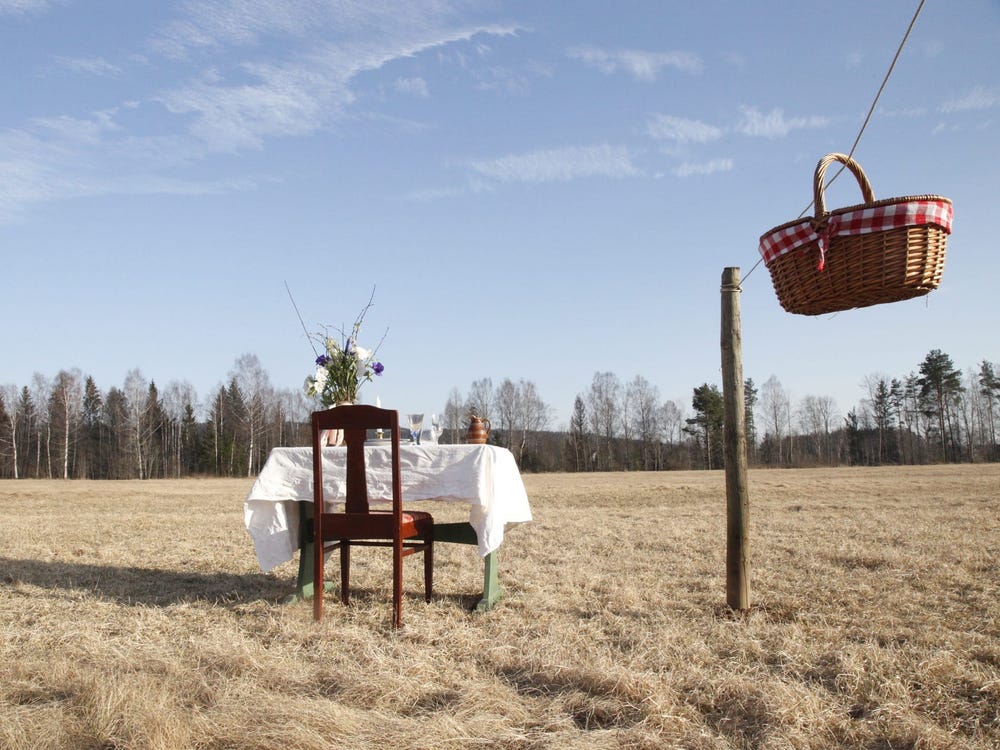 This Swedish restaurant caters to just one person a day! With the basket of food coming in by f**ken zipline, it’s the ultimate in isolation. 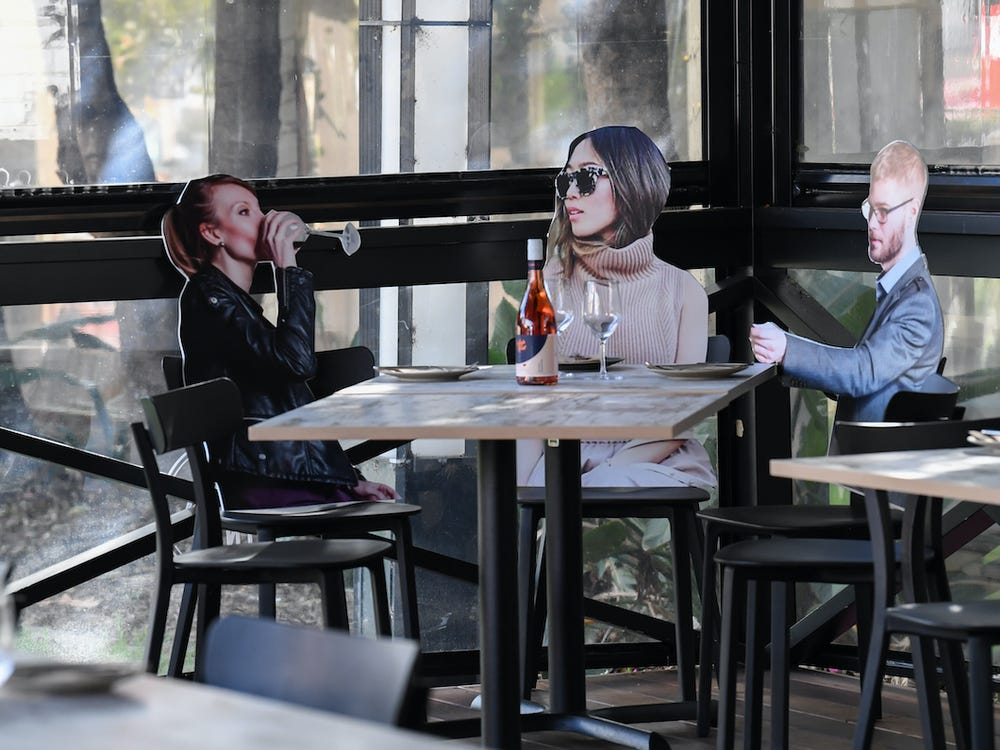 This joint is one from our home-base, f**ken ‘Straya! And, yeah, nah, the cardboard cut-outs are another way to make you feel like you’re hanging out with a bunch of stick-thin people. Gotta love that! 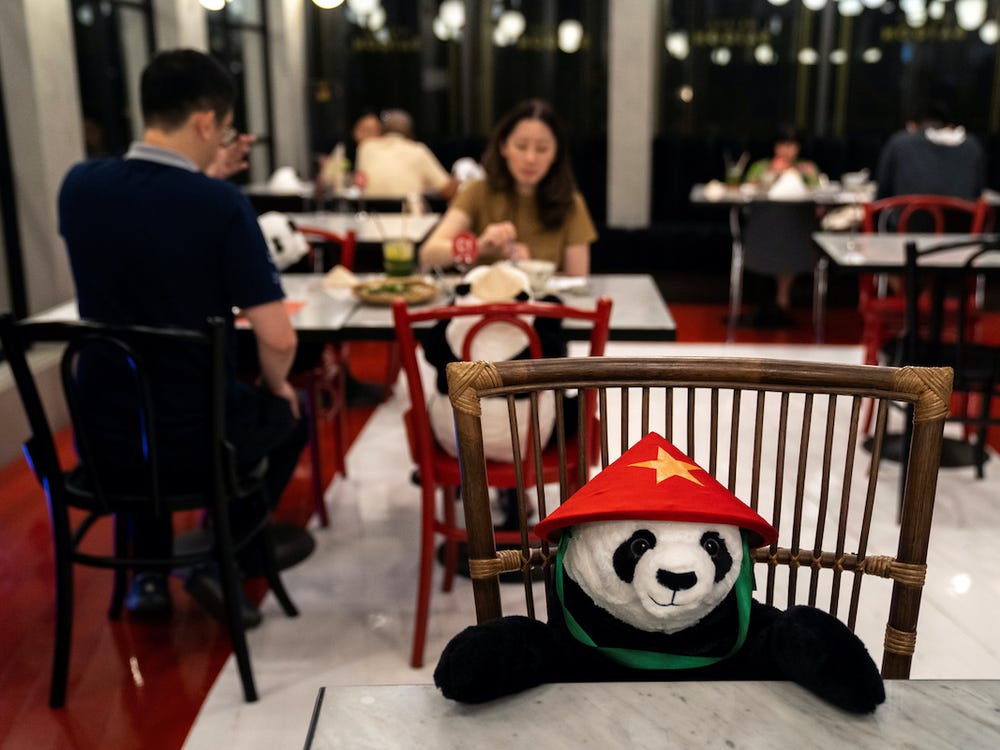 This joint in Thailand has got stuffed Pandas hanging out, and we dunno about you, but this is something we could easily live with in a post-Corona world. 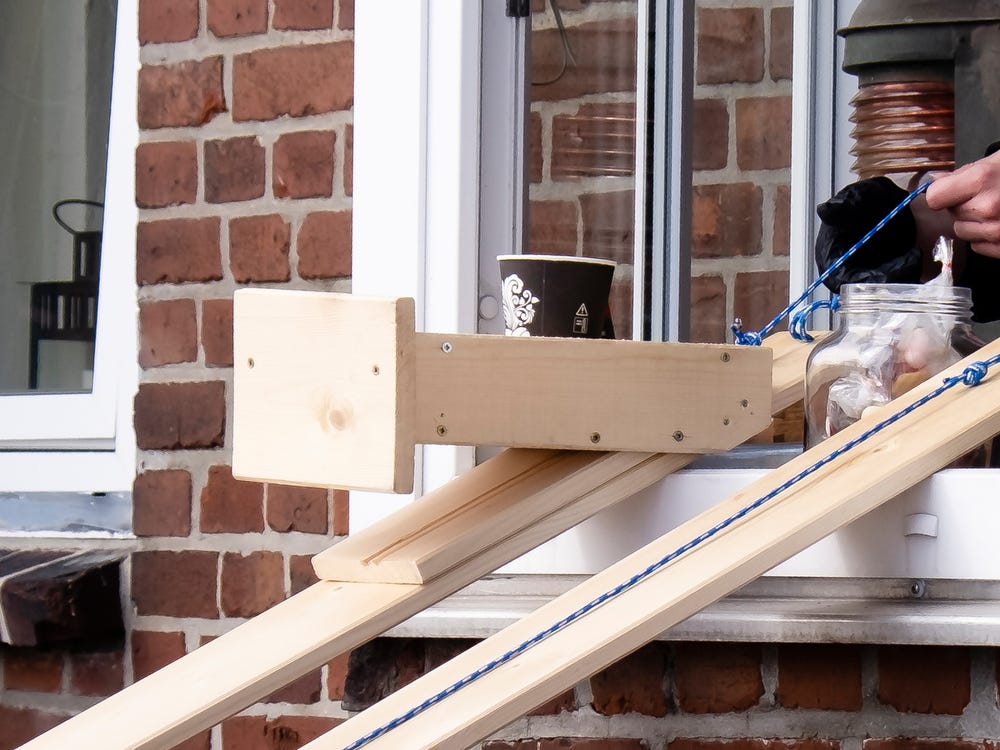 These cheeky c**ts are f**ken launching coffee down a ramp at ya. We’re not sure whether Health and Safety are all over it or not, but you don’t want to be wearing a f**ken latte on the way to work. Stand side-on! 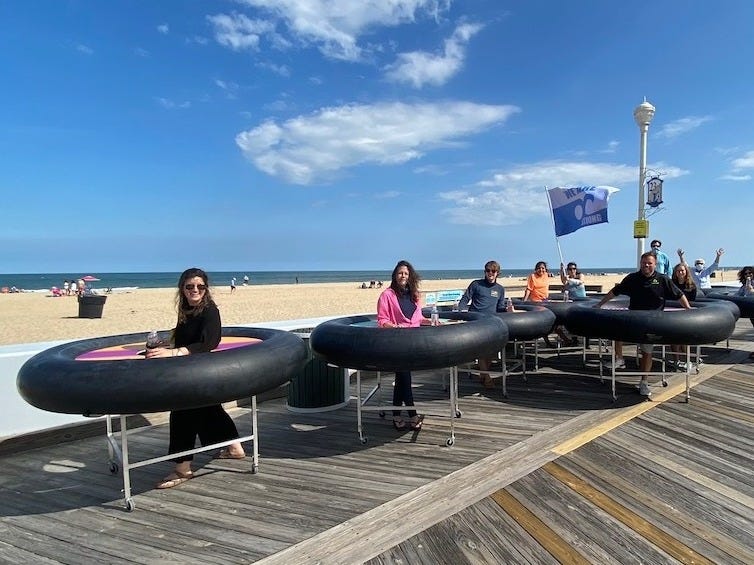 Yeah, nah, this is something we can appreciate. Eight beers down, you can start the bumper-cars contest. F**ken mintox! 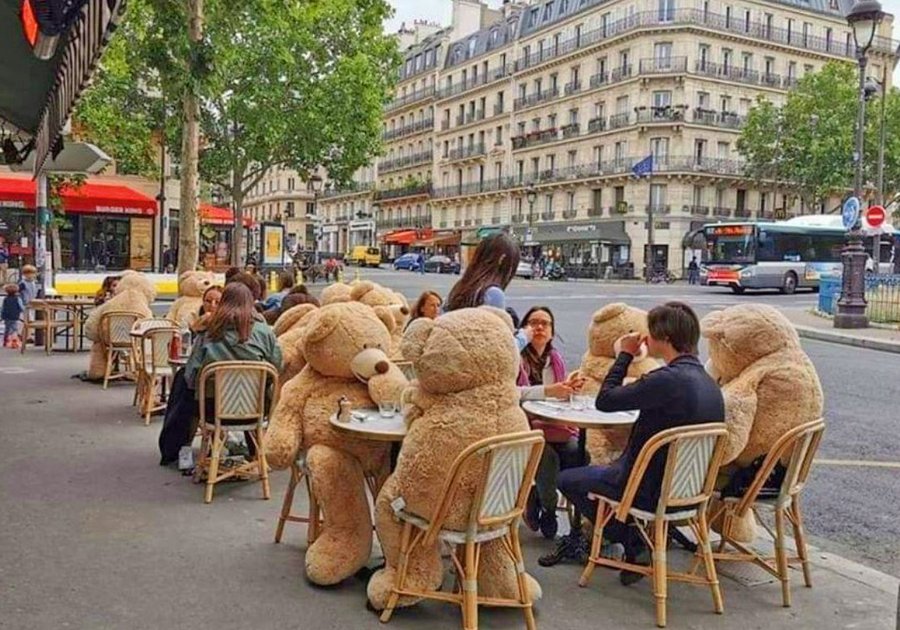 Restaurants and cafes in Paris are loving these big teddy bears. They’ve apparently been popping up all over the joint. Again, this is something we can live with. Why not let every meal be a f**ken teddy bear’s picnic? 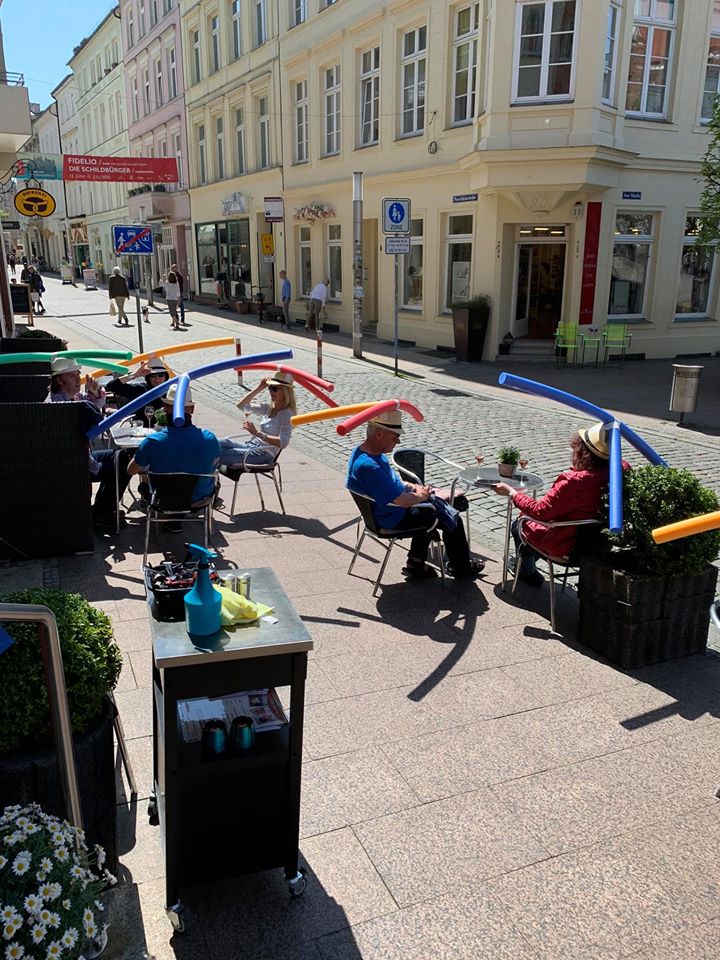 This joint in Germany is making people wear pool-noodles on their heads. And we’d been led to believe they don’t have senses of humour. Watching Klaus try to knock back a pint of kick-ass lager with these on his head could get pretty amusing. 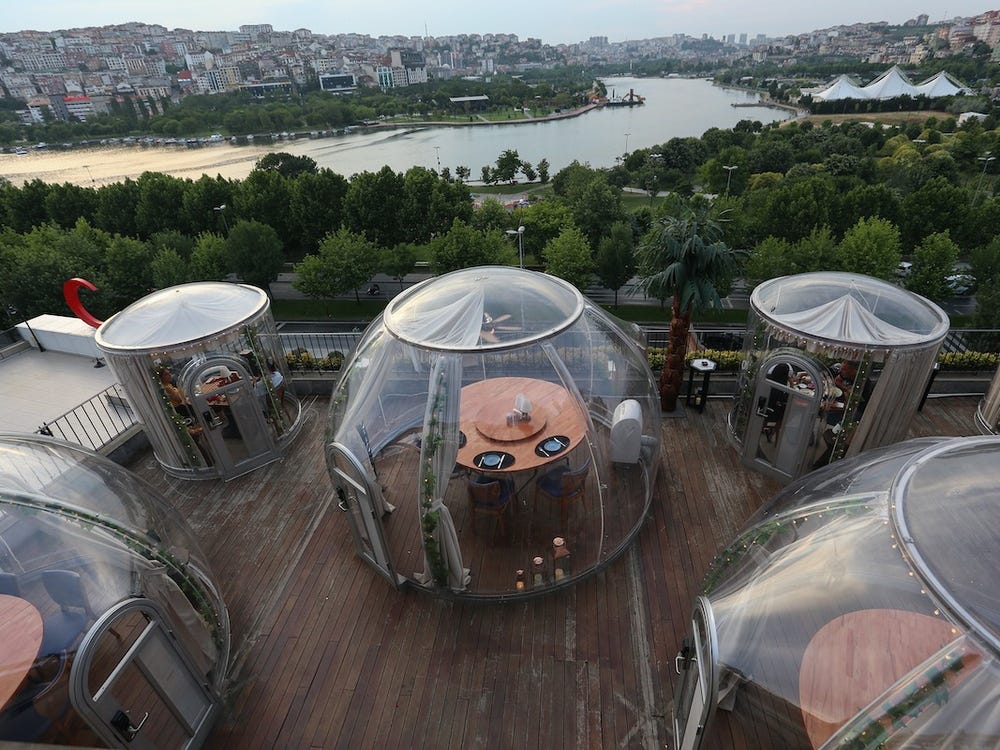 This is just bloody cute, don’t ya reckon. Ya can make out that you’re in The Simpsons movie, perhaps even Stephen King’s Under the Dome. We reckon it’d also go all right in the rain! 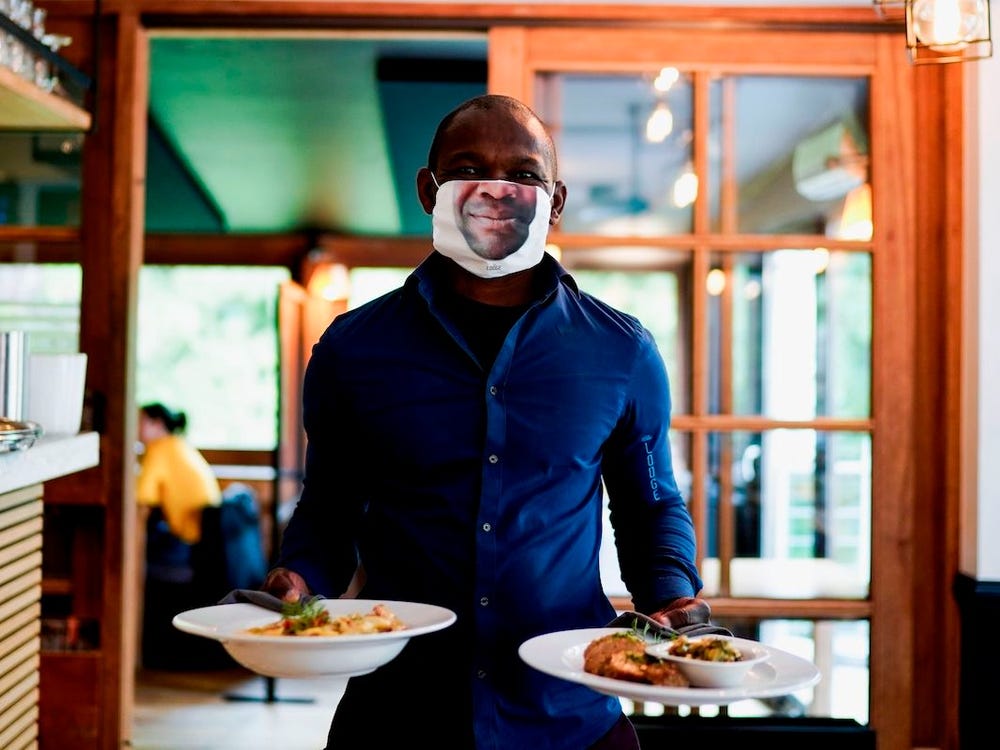 Yeah, nah, the face on the bottom of the mask is creepy as f**k. That’s a bloody slasher movie right there. They’re apparently trying to make things feel ‘normal’. Yeah, right! 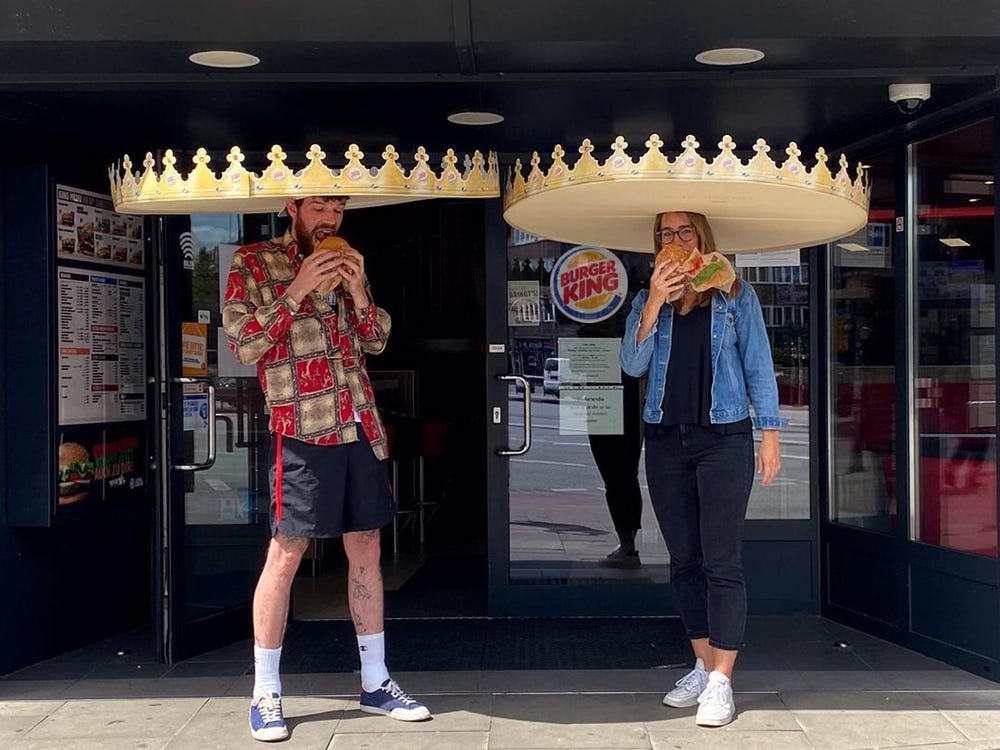 Again, the Germans with the humour. We might have to cancel the stereotype at this point. Tell us you wouldn’t want to wear this while chowing down on a burger. Also, take note Hungry Jacks, that’s how bug a burger should be, ya cheeky pricks. 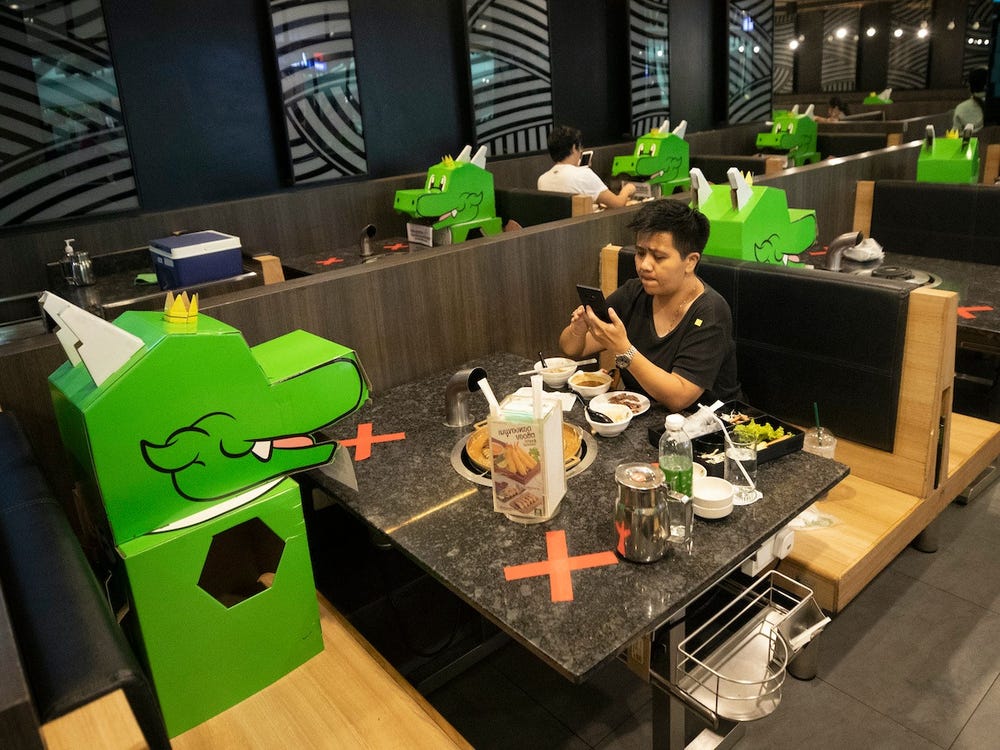 This Thai restaurant is using dragons to show you where to sit. If they converted these to gas-flame heaters in winter, that’d be f**ken killer!

Final thought: See, if you think about it right, social distancing can be f**ken bonza. Deadset, we reckon it’s a great idea that keeps everyone safe and stops other people getting too in your face in public. F**ken bring it on.