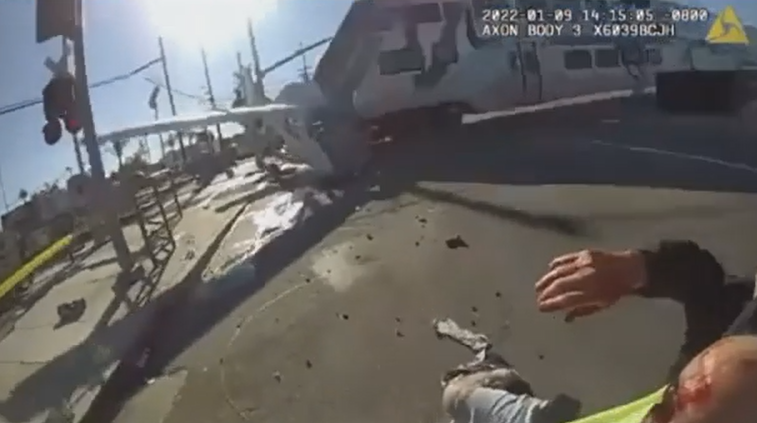 They say that sometimes life imitates art. Usually, though, we don’t expect to see the kinda hectic bulls**t you’d expect from an old-school action movie unfolding on an everyday street. Sometimes, though, that’s exactly what we get. Check out this video of LAPD saving a man’s life in the most dramatic fashion possible – by pulling him out of a crashed Cessna only seconds before a f**ken train totals it.

The incident, which could only have happened in LA, occurred a couple of days ago. Thanks to the ubiquitous use of cameras, there are a couple of crazy angles of the situation, including one from a police officer’s body-cam.

Foothill Division Officers displayed heroism and quick action by saving the life of a pilot who made an emergency landing on the railroad tracks at San Fernando Rd. and Osborne St., just before an oncoming train collided with the aircraft. pic.twitter.com/DDxtGGIIMo

News first went out when the LAPD Twitter account tweeted, “Foothill Division Officers displayed heroism and quick action by saving the life of a pilot who made an emergency landing on the railroad tracks at San Fernando Rd. and Osborne St, just before an oncoming train collided with the aircraft.”

Give that a squiz to get the up close and personal view – just be prepared to see a bit of blood. The next view comes from a civilian who caught the incident on his own camera.

A train slammed into a single-engine plane that went down Sunday on rail tracks in the Pacoima neighborhood of Los Angeles — with the pilot being pulled from the wreckage just moments before the collision. The pilot was treated at a trauma center, and no one else was hurt. pic.twitter.com/V3LUo3Ky7X

This bloke, Rocio Duran, said he was walking his dog, when, “I saw the police going and saw the plane was down.”

The video sums up the story of how close the call was. The plane crashed at 2.10pm and police had him out of the plane by the time the plane f**ken annihilated it at 2.15pm.

The plane landed square on the tracks, and f**k me sideways, it’s a close one. Give it a squiz below. 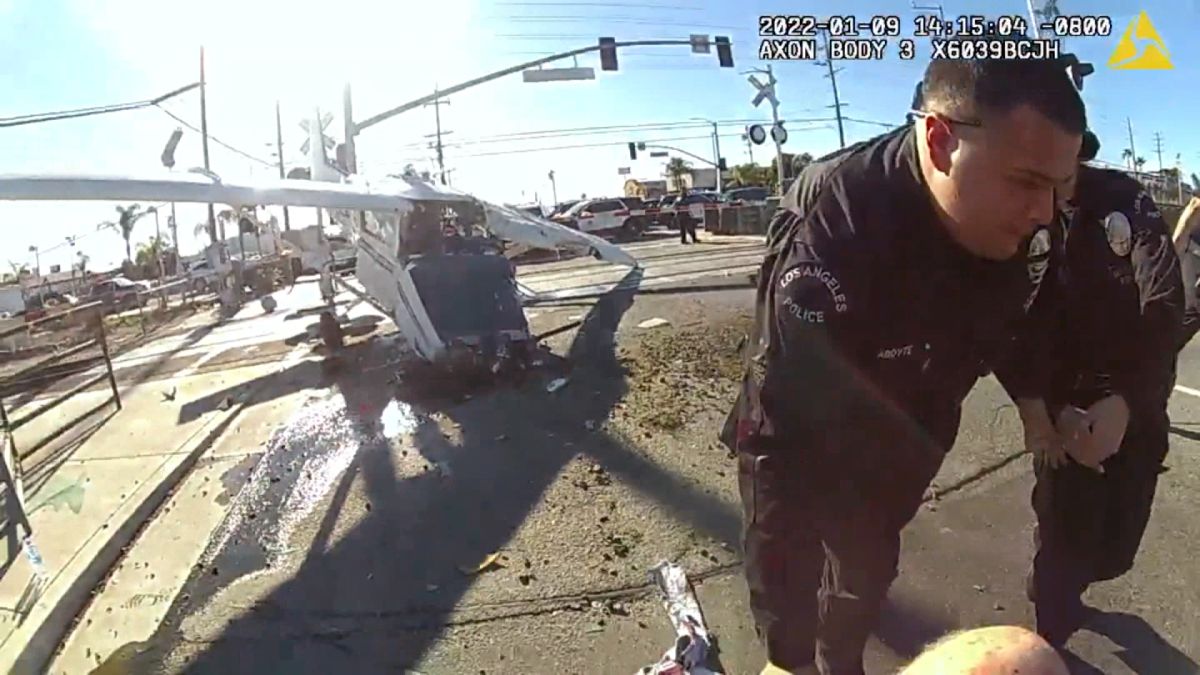 Final thought: You know, it’s easy to hang s**t on the police. Some of them really shouldn’t be given positions of power. But that’s a double-edged sword. These particular coppers are bloody heroes. Without them, old mate would be f**ken toothpaste. Yeah, nah, credit where it’s due. Top blokes and sheilas, this lot.

Just in case you missed it, here’s one of Ozzy’s relevant commentary videos…Ozzy Man Reviews: Composure