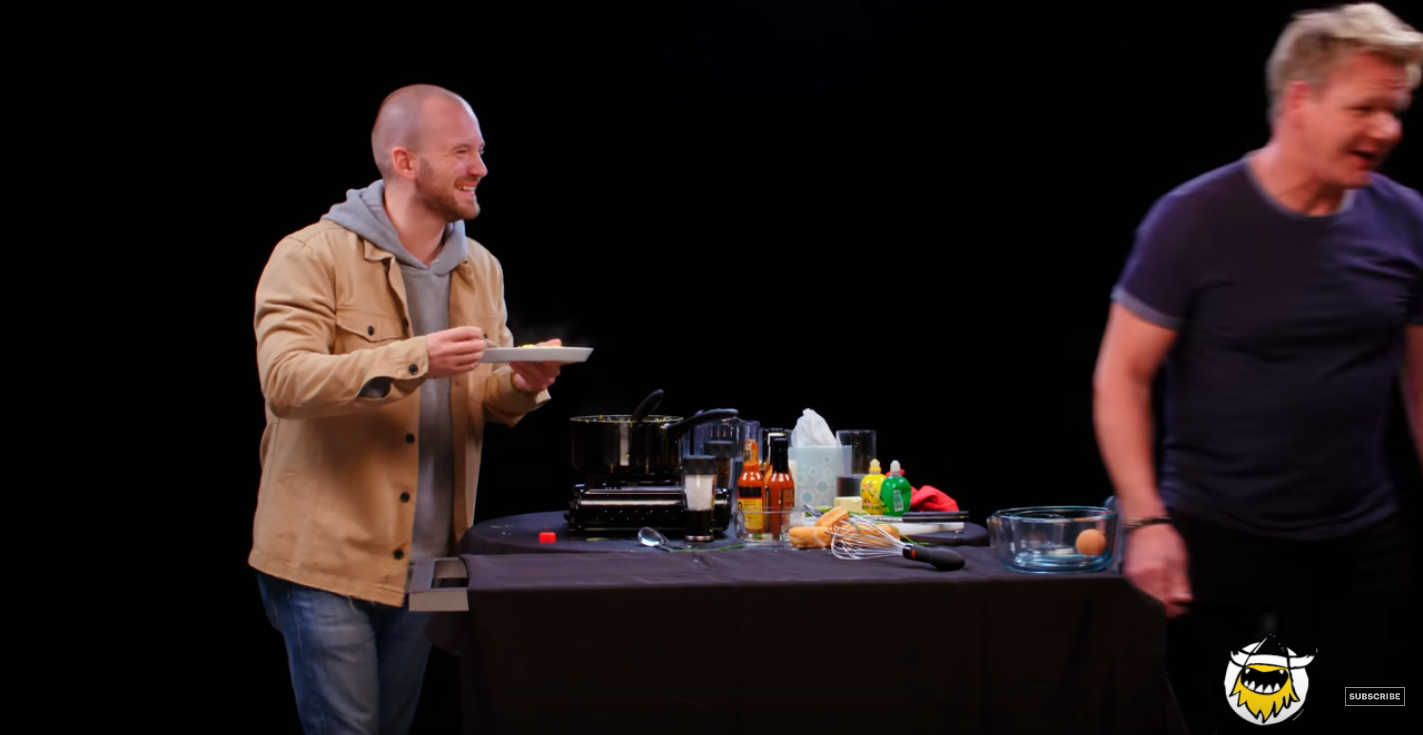 By this stage, you should pretty familiar with the set-up of First We Feast’s Hot Ones show on YouTube. If you’re not, it’s the YouTube show where celebrities of all stripes and spots go to be interviewed while eating serving after serving of wings. Of course, there’s a catch. The wings get hotter and hotter as the show goes on. As the scoville points climb, the celebs get nearer and nearer to breaking point. Naturally, with the show having featured the likes of Maisie Williams and Kevin Hart, fans were clamouring for a Gordon Ramsay episode…

In truth, if you’re not a fan of the show, you’re only hearing about it now, but Ramsay’s appearance was actually uploaded back in January of 2019.

In the time since the episode was released to the general public, it’s become the channel’s highest rating show ever. As we said, there’s a good reason for that. 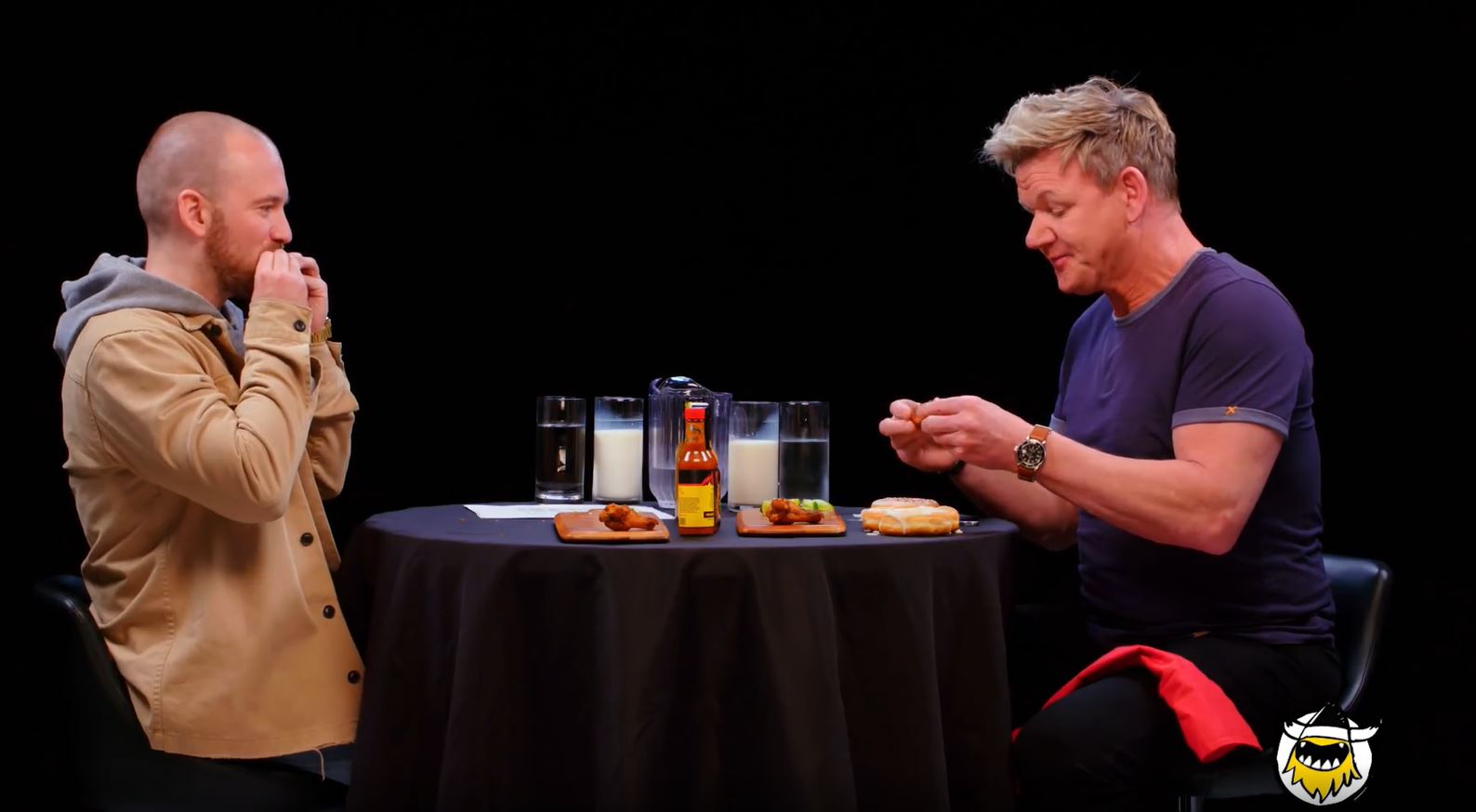 Obviously, we bloody love Gordon Ramsay here, but in all fairness, the guy warrants his reputation as a prick. Don’t get us wrong, we don’t think that’s a bad thing. Those who mess with Ramsay do so for that purpose, but with some of the insults he’s coined – Panini head & idiot sandwich among them – we reckon he quite likes the pantomime villain role. Besides, if you’ve seen him work with kids, you know he’s a quality dude.

Anyway, we won’t ruin his reactions to the wings for you, but the culinary legend doesn’t hold back. “How long were these cooked for? Because they’re a bit f**king overcooked.” 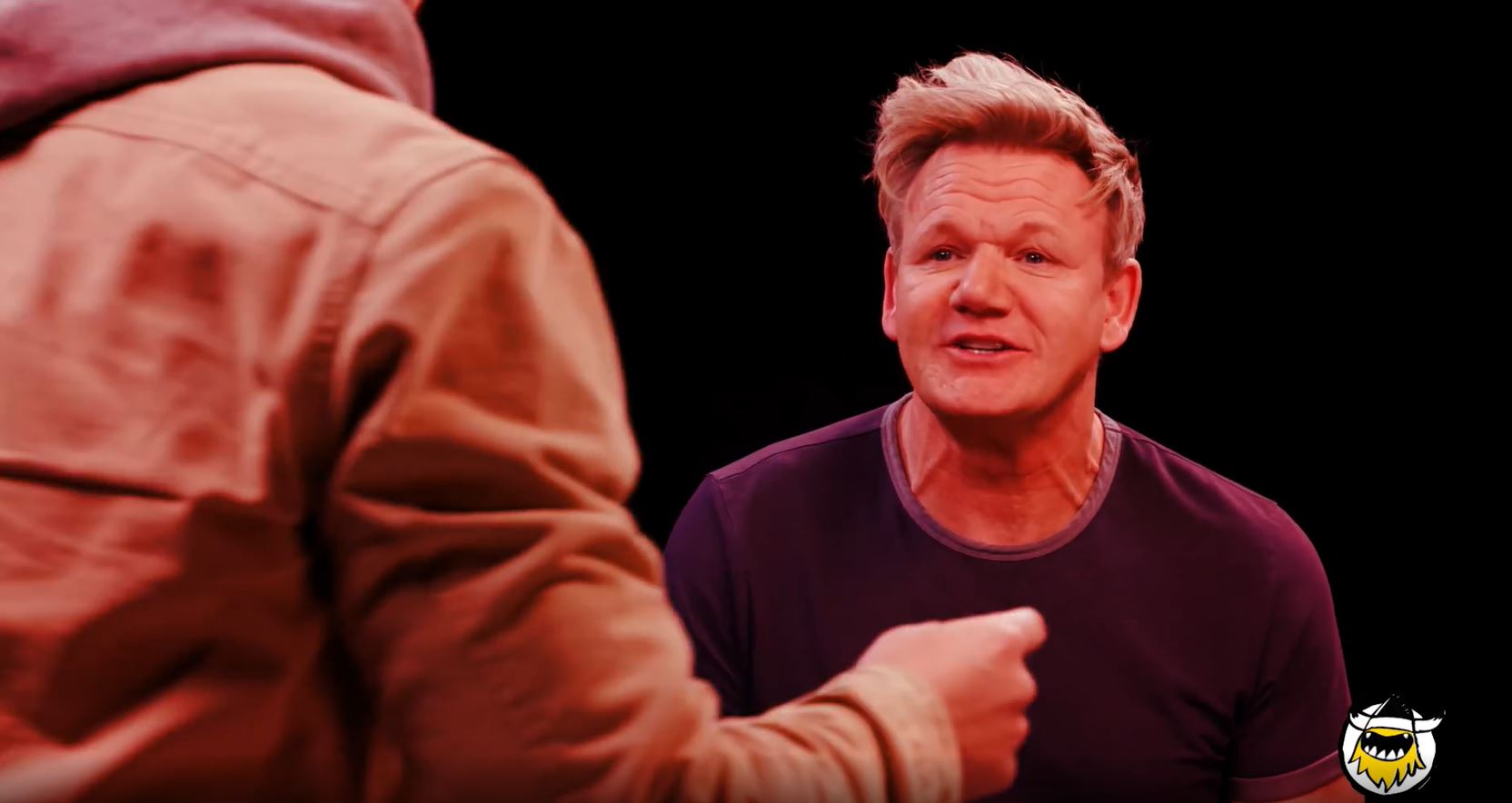 Fortunately for the show’s host, Sean Evans, he gets the last laugh. As the sweat starts to pour from his head, Ramsay’s famous bluntness doesn’t recede, but you can tell the Pommy chef is not comfortable.

“S**t, what the f**k have you done to me?” he asks. “You said come and taste some wings. My f**king arse!” But, our favourite bit has to be the moment when he chokes down a wing and then says, “That’s not normal. In fact, this f**king program’s not normal. Have you ever killed anybody?” 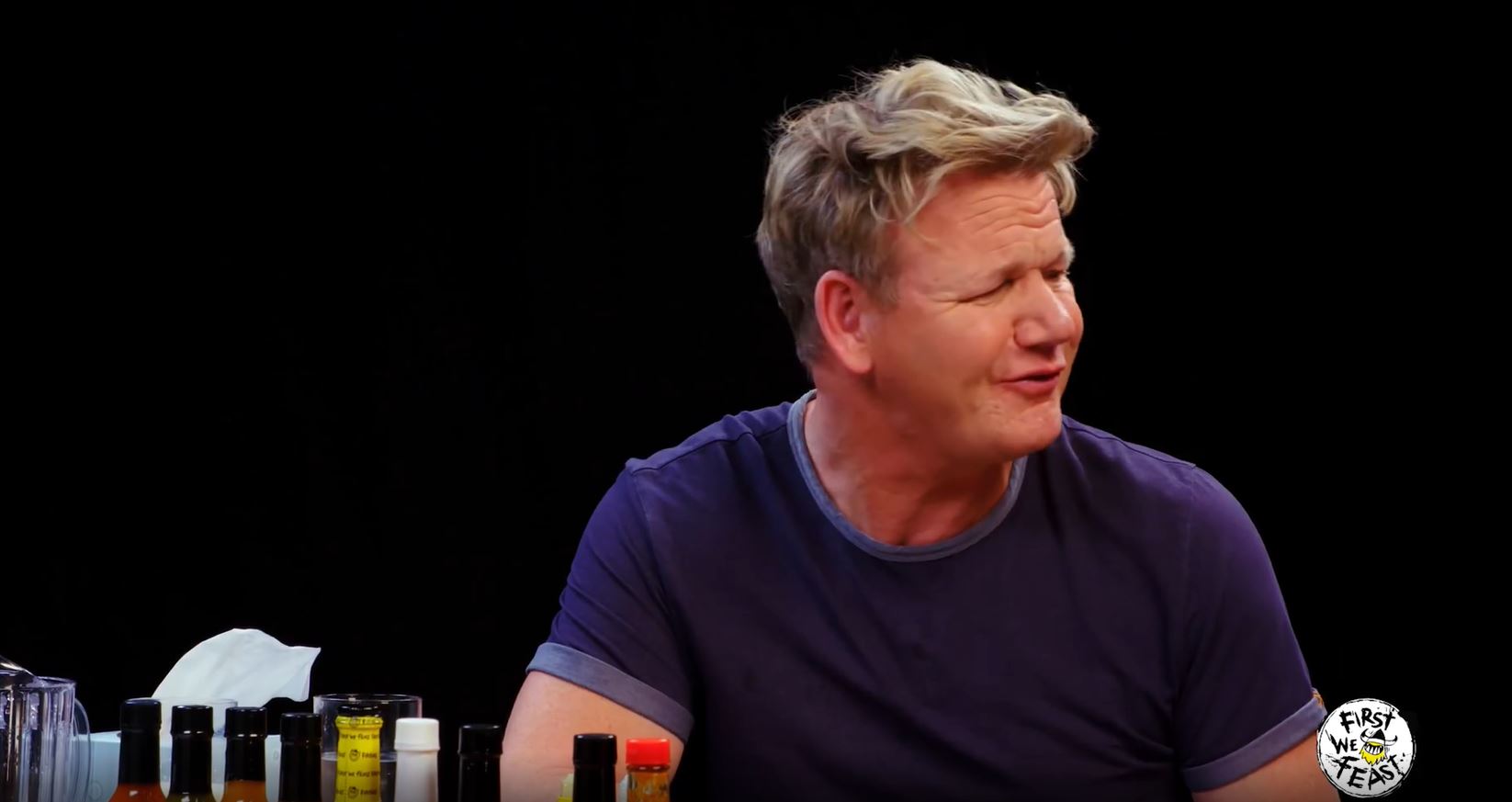 Anyway, we’re spoiling the video for you, so why don’t we let you get on with it? Check it out below.

Final thought: We like our spicy s**t here, at Ozzy Man Reviews, but we don’t know if we’d be game to try a challenge like this one. We quite like not s**tting through the eye of a needle. If you reckon you could manage it, sound off in the comments section.