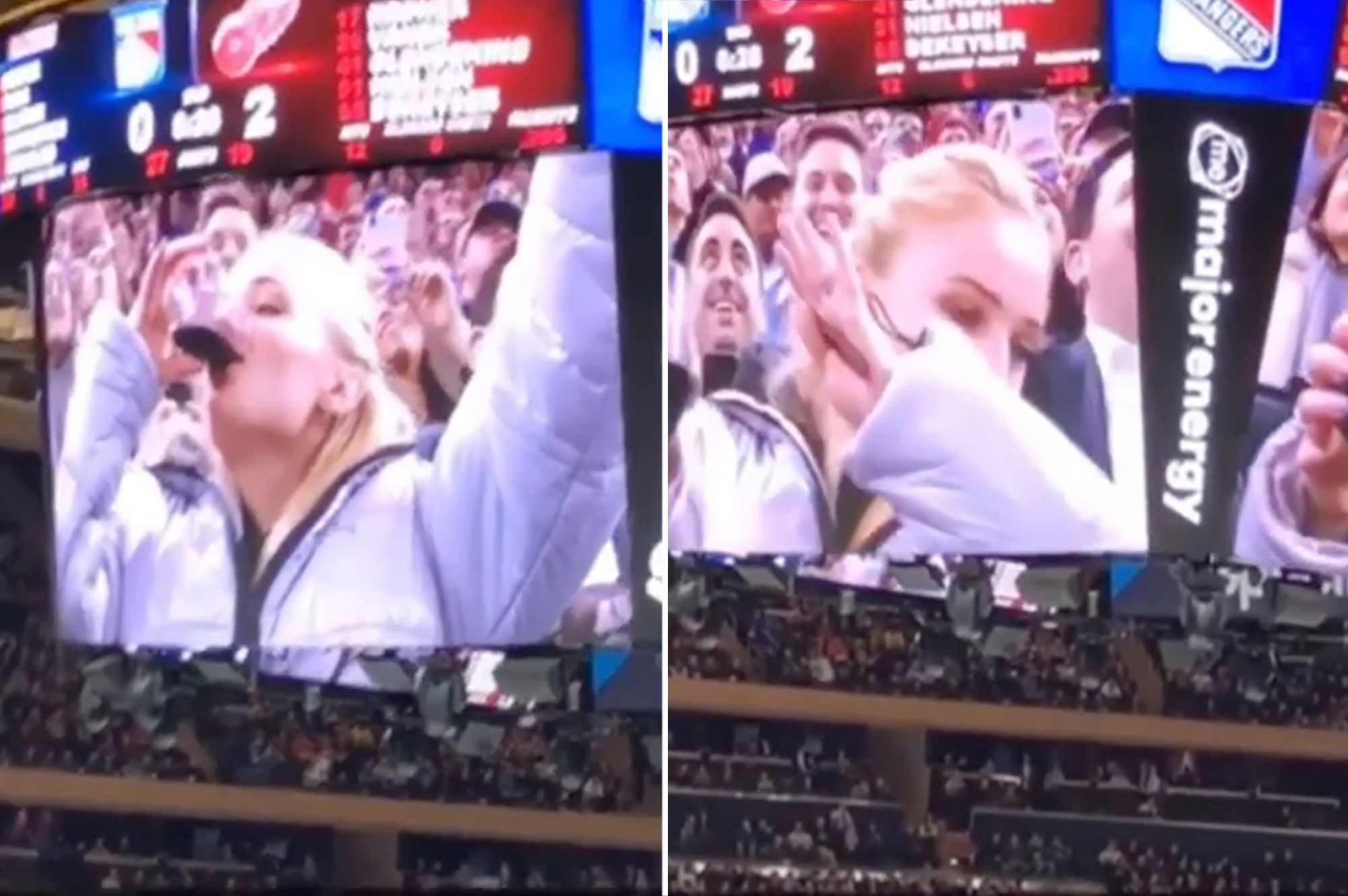 The bloody Jumbotron is one of the highlights of any sporting contest. It provides everyday people with a chance to stake their claim to fame. To do something funny, sweet, memorable or downright epic. It might be a dance. It might be a mad pash with the missus. It might be something else entirely. You’ve just got to know when it’s your time to shine. And that brings us to Sophie Turner. She might not be everyday people, but when she’s on the Jumbotron, she knows what to do… 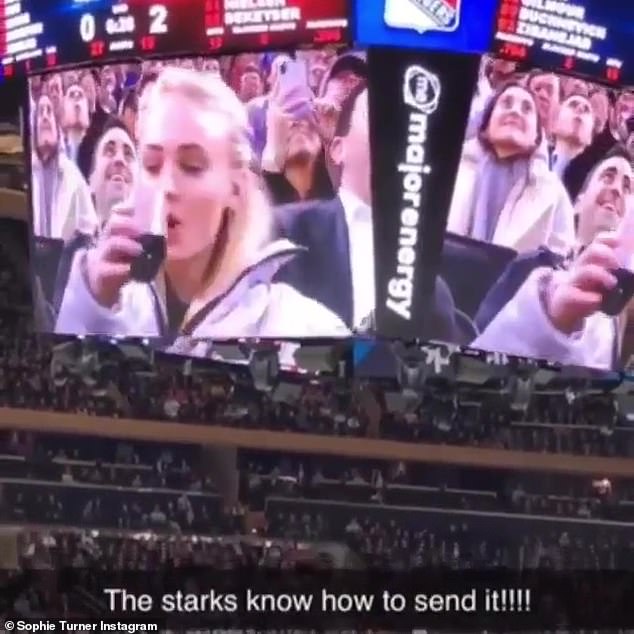 We know that Sophie – who stars as Sansa Stark in Game of Thrones – isn’t shy when the camera’s on her. Whether she’s rapping without shame or performing karaoke while driving, she loves to show off for the bloody cameras, so when she appeared on the Jumbotron at a recent Rangers game, the only question was how she was going to play it… 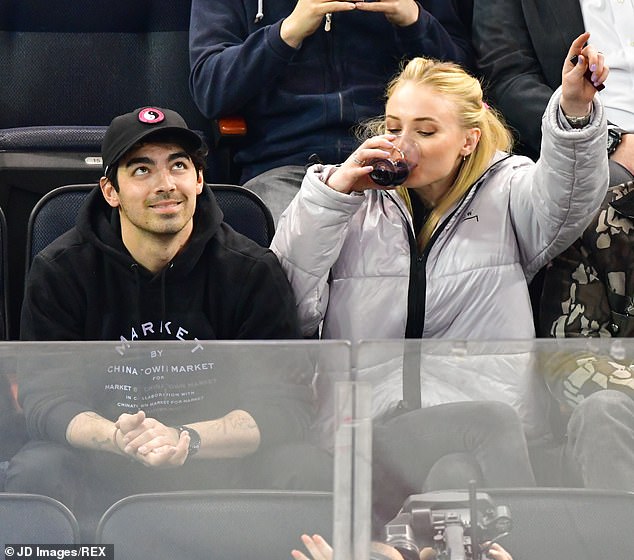 Turns out she knows exactly what to do. She f**ken upends her glass of wine and smashes it. And let’s be honest, there’s nothing as awesome as a celebrity – who’s hanging with her oh so wholesome Jonas Brothers fiancée – promoting the f**k out of binge-drinking by just skulling her wine. 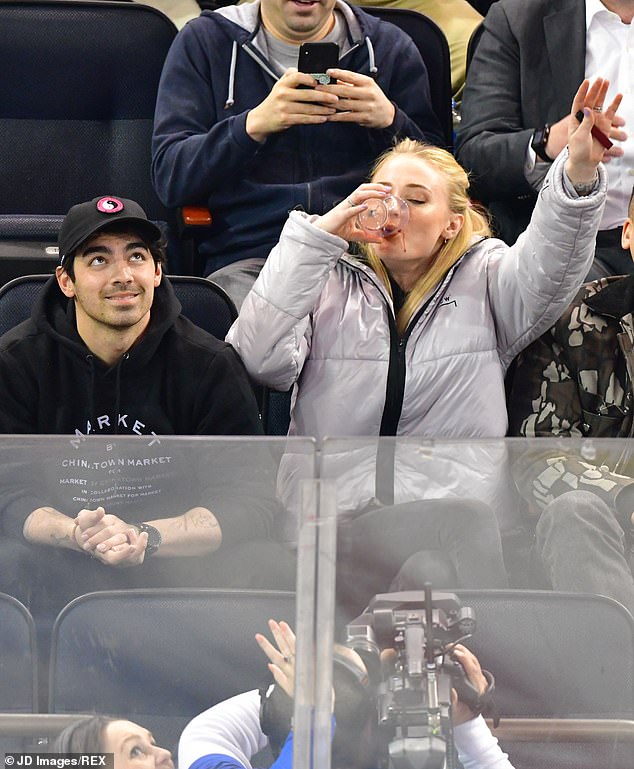 In all fairness, it could be improved if she had a stubbie in her hands, and it would be more impressive if she pulled out the old-fashioned beer bong, but you can’t fault the lass for trying. 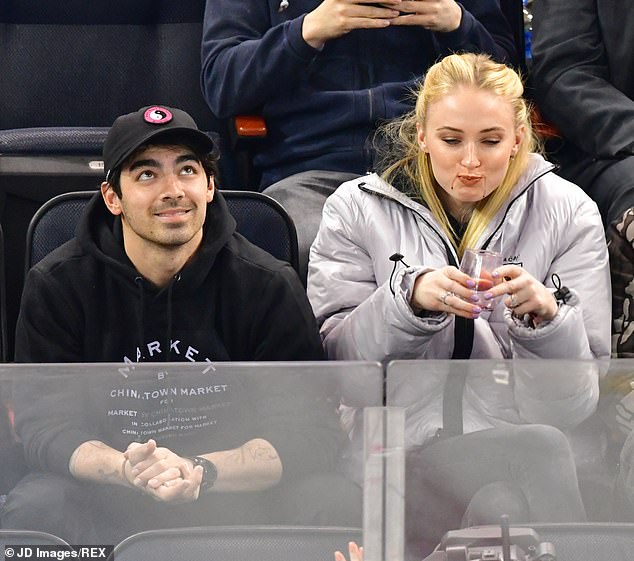 As you can imagine, there’s rapturous applause, there’s cheering, and hopefully, there’s a bunch of others following her lead and smashing their f**ken bevvies.  How’s old mate Joe Jonas, though. He just doesn’t look cut out for it. She’s smashing piss and living it up while he looks slightly embarrassed.

Ease up, Joe. Just have a few more drinks and you’ll be f**ken sweet. 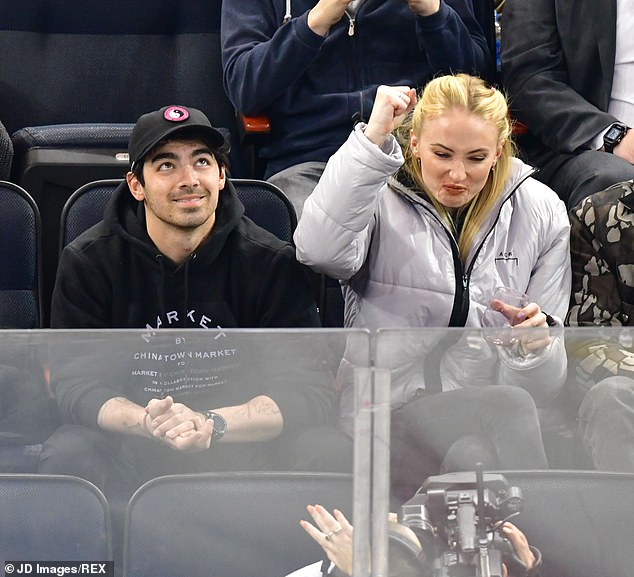 Final thought: Good old Sophie. She keeps showing us that despite the fame Game of Thrones has given her – as well as role in the X-men films – she’s just normal people. You’ve got to respect that. Anyway, moving on, let us know what you’d do if you were on the Jumbotron. Hit up the comments with your response.