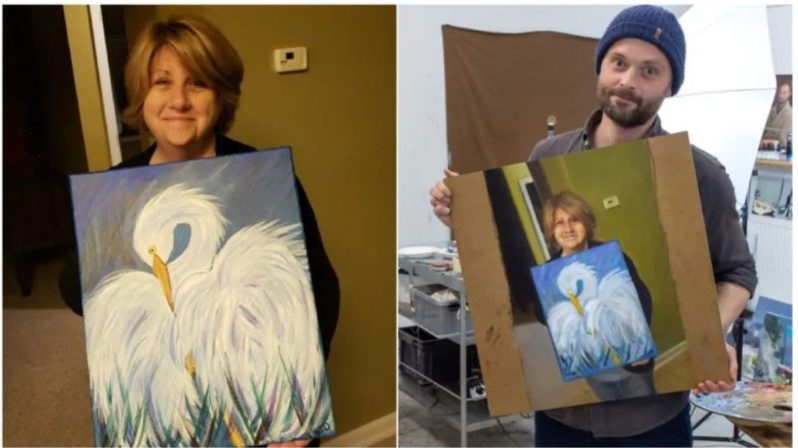 We’ve probably said this before and we’ll probably say it again, but while there’s plenty of bulls**t on the web, there’s so much bloody amazing stuff on here that cataloguing it all would take a lifetime. Sometimes you just stumble across that sh*t, and when you do, you’re always grateful. Take the awesome Paintception event that’s been ticking away online for the last few days. It’s pretty much the most awesome and creative use of the internet we’ve seen in a long bloody time…

Something incredible is happening on reddit. I'm tempted to say these people have way too much time, but this is legit amazing. #RecursionFTW pic.twitter.com/mr8jHjTbnV

Rightio, ya need to have a proper f**ken squiz at this first painting.

It’s an awesome painting of an egret.

The woman who painted it, Cindi Decker, had no idea her son was going to post it online when he took a photo of her holding it up. 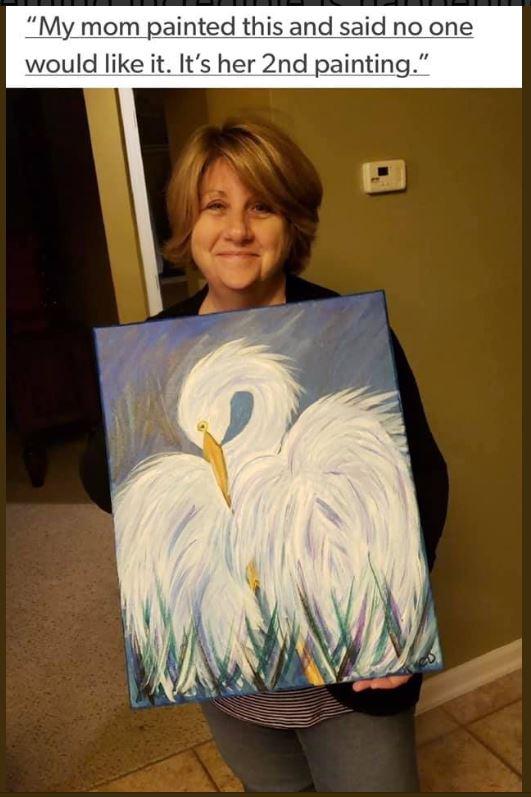 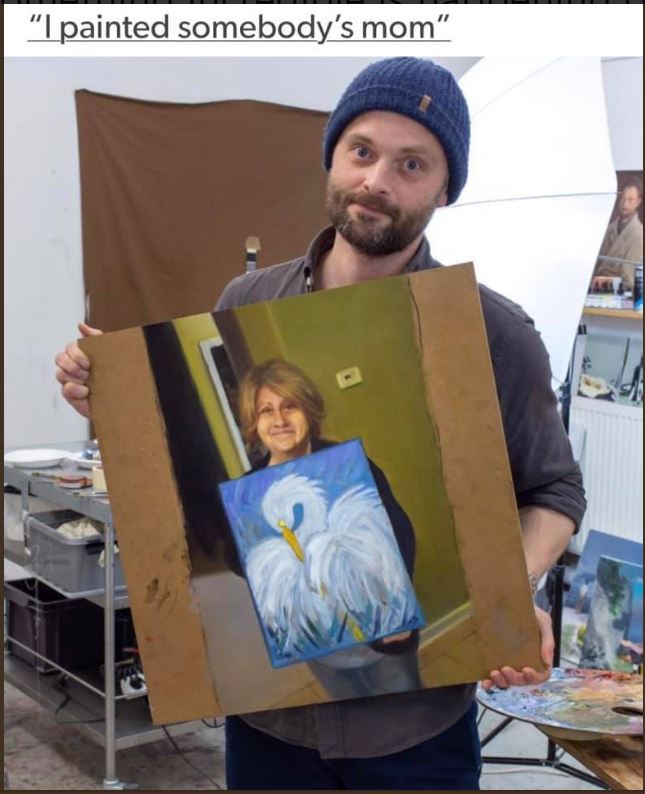 “He does Snapchat with all his buddies — I mean, these kids I’ve known since they were in first grade, so I thought that’s where he was just sending it,” she told As It Happens host Carol Off. “Instead, I guess he posted it to Reddit … I didn’t know what to expect. I didn’t even know what Reddit was, really.” 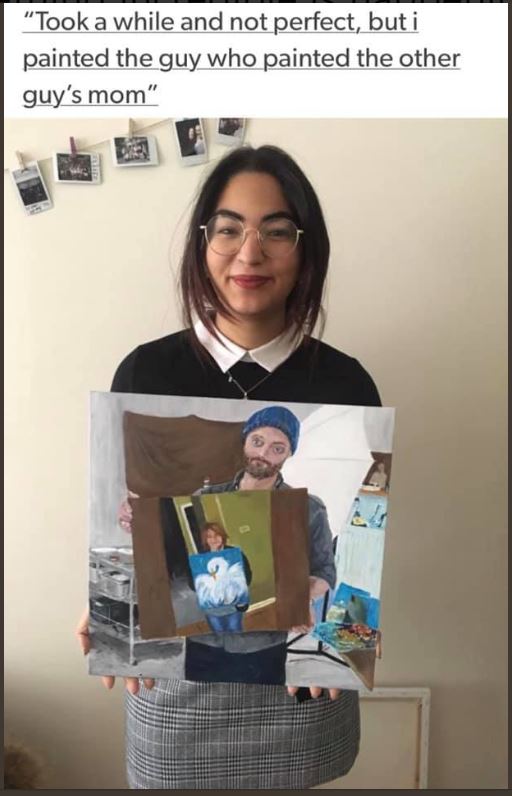 As is the nature of Reddit, once it went on there, the s**t blew up. A Swedish artist took a liking to the painting and painted a picture of the mum holding it. And that’s when we can cut right to the chase and just say ‘repeat ad nauseum.’ 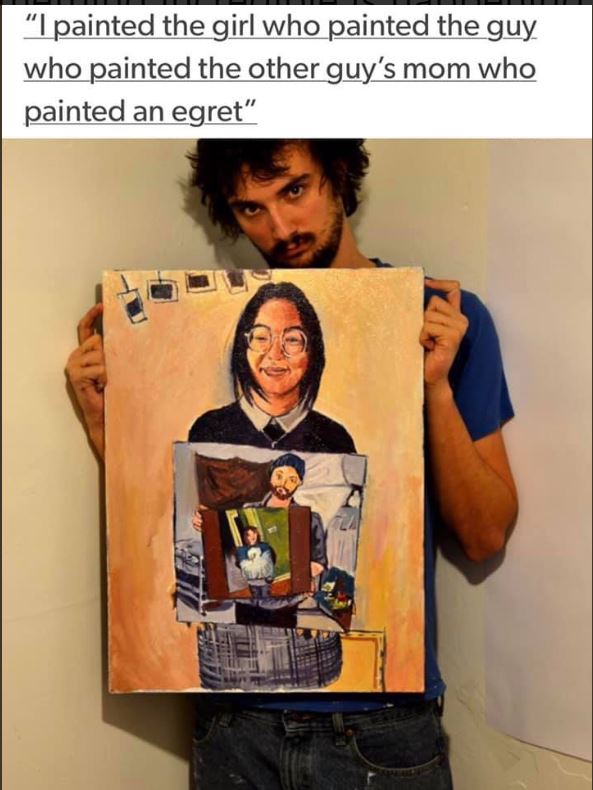 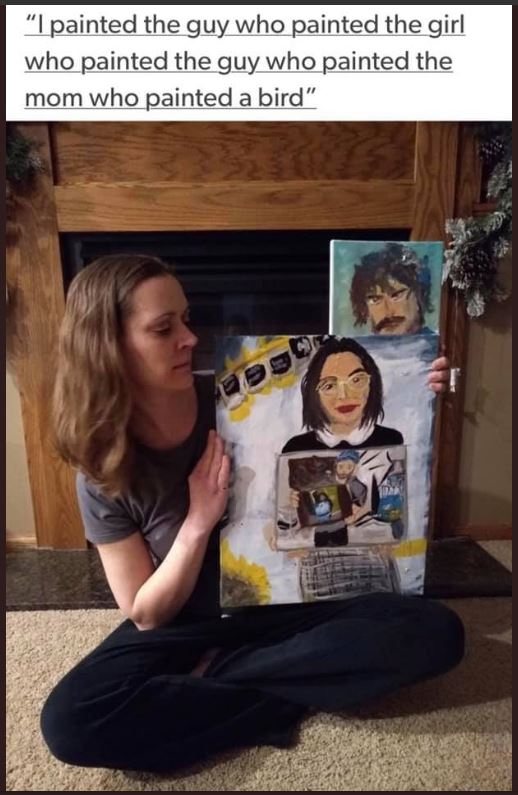 Someone even made a bloody web to represent all of the Paintception craziness going on. If you haven’t checked it out yet, f**ken get onto this thread on Twitter and knock yourself out. Just don’t get lost in the thread. We’re not sure what’s real and what’s not anymore. 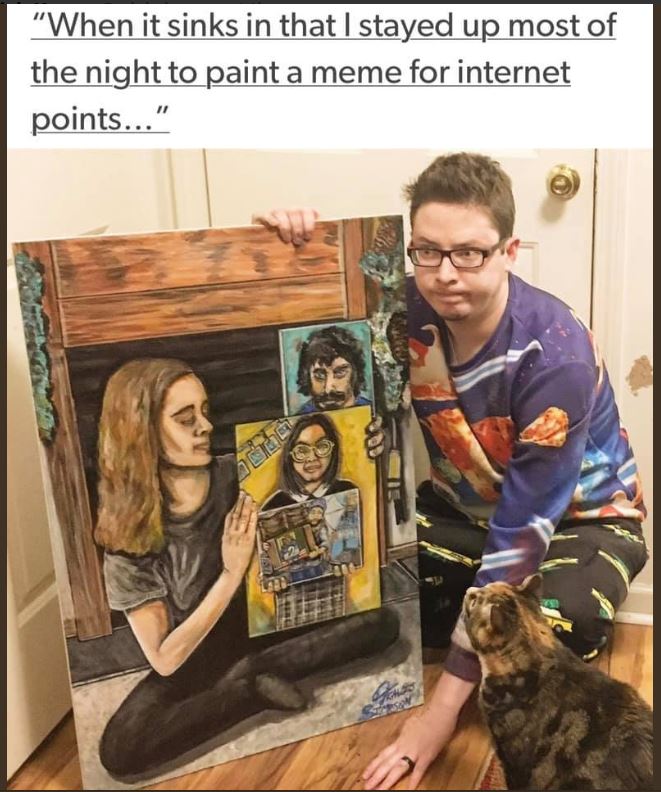 As for Decker, she’s stoked with it all. Especially now that Kristoffer Zetterstrand, the Swedish artist who got the ball rolling has offered to give her his painting.  “I’m anxious to get it and excited,” she said. “It’s just something fun.” 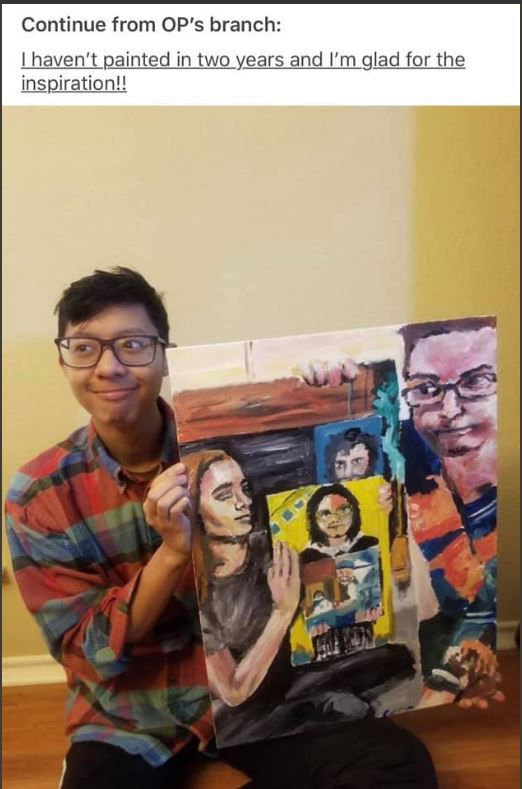 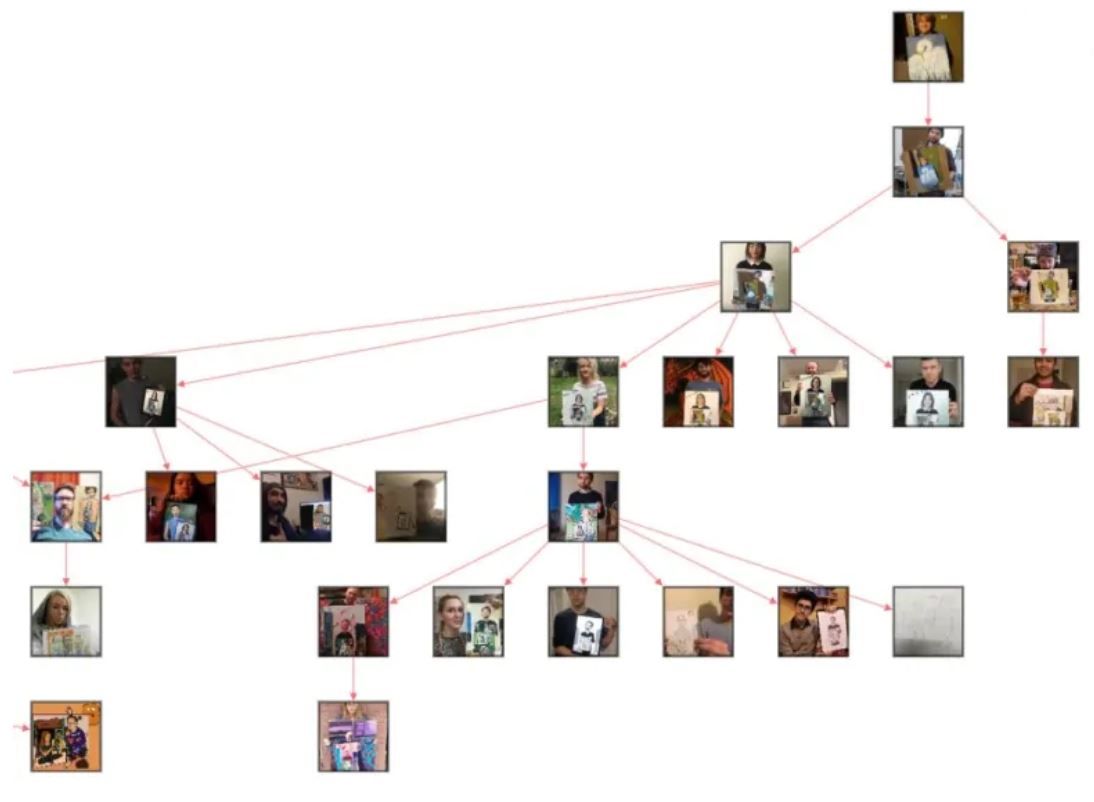 Final thought: You’ve got to love this sort of s**t. It really reignites your faith in your fellow man. Good s**t, internet. Good s**t, art people.

If there’s one thing we know here in Ozzyland, it’s that no matter the politics involved, ‘Straya and the States are f**ken bros, man. Deadset, no matter the drama, we’ve got each other’s backs, and here in our bewdif...

In case you’ve been living under a rock, it’s been pretty f**ken hot here in Ozzyland lately. Deadset, with temperatures regularly climbing over forty degrees centigrade, the local humans have been sitting in ball sou...