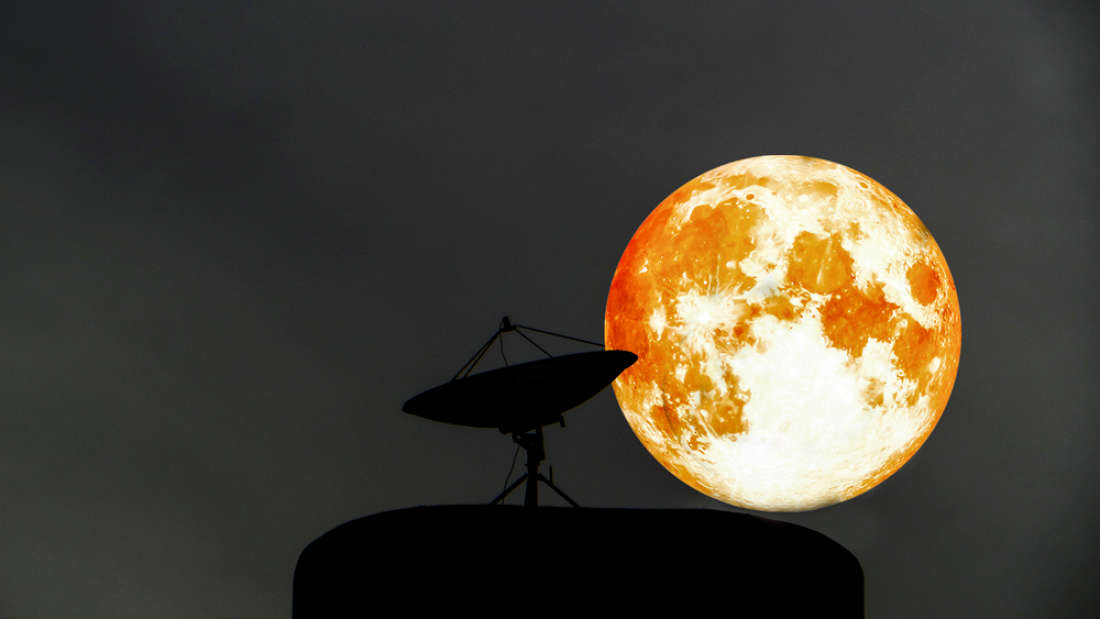 The night skies are pretty bloody spectacular.  Just a few weeks ago, we all sat out the front and watched meteors shoot across the sky and now, some of us (some of you) will witness the first super blue blood moon in 150 years.

If you’re wondering what the f**k a super blue blood moon is, you can chill.  I’ve got your back.

It’s the combination of a super moon, a blue moon and a blood moon.  I know because I just read it.

Essentially, it’s the mooniest of all moons.  At least that’s what I’m going to claim at this point, so if you’ve got any werewolves in the family, you best lock them up before they tear across the countryside, crazed and hungry. 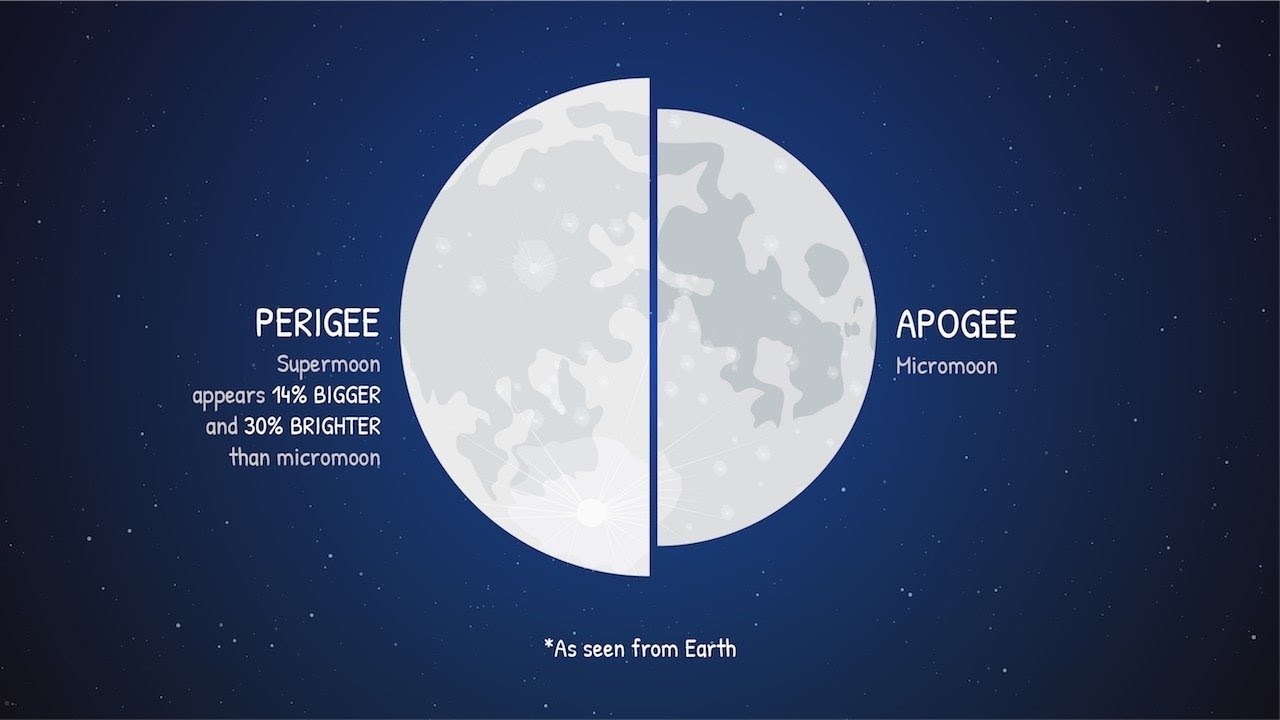 There’s some vocab for ya. Credit: YouTube/Viewing

For a better explanation, let’s look at it this way:

Super Moon:  A moon at its closest point to the earth.  It’s usually super big and super bright.

Blue Moon: Second full moon of the month.  These only happen every two and a half years or so.  (Which is what the phrase means.)

A super blue blood moon sees all of these combine into something you’re pretty lucky to see in your lifetime.  The last one occurred in 1866.  Think how many people lived and died in that time without ever getting to see one.

In case you don’t understand by now, this is a pretty awesome and rare combination of lunar events, so if you’ve got any soul at all, it’ll probably be worth looking at. 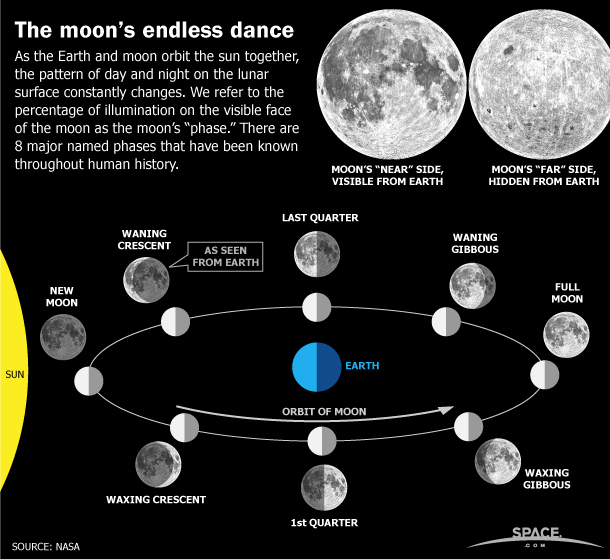 Some education for ya. Credit: Space/NASA

Apparently, NASA reckon, it can be seen before sunrise on January 31 from North America, Alaska or Hawaii and during moonrise from the Middle East, Asia, eastern Russia, Ozzyland and Kiwiland.

If we said to you that this only happens once in a blue moon, we’d be lying.  It’s rarer than that.  It should be pretty awesome to look at. 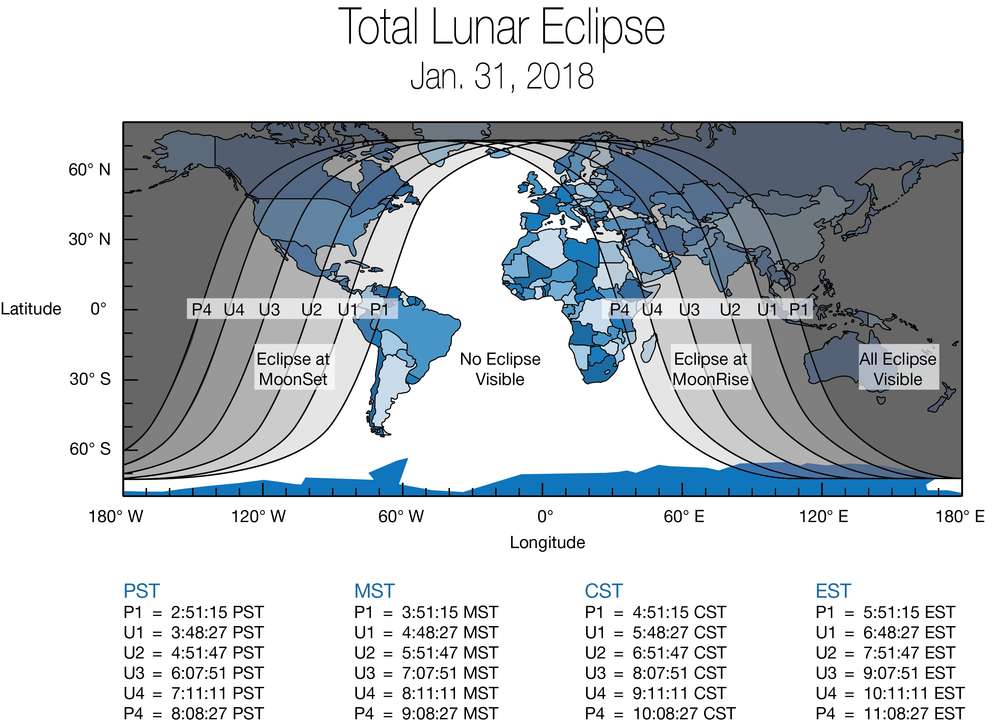 Some viewing info for ya. Credit: NASA

Of course, for added fun, it’d be bloody grouse if we could all chuck our own moonies right back at it.  F*** it, why not.  Get a picture of yourself mooning the super blue blood moon and upload it to the Facebook page.