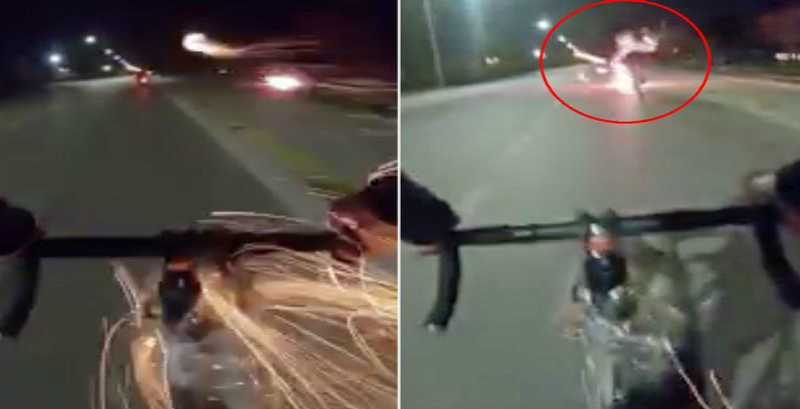 We love a bloody good road-rage incident here at Ozzyman Reviews, and this bizarre clash between a cyclist and two blokes on a moped from Italy is up there with the best of them. Check this sh** out!

F** me sideways with a pizza Panini, the Italians love a bit of road-rage, don’t they! Just this week one bloke pulled a Mike Tyson and bit off a taxi driver’s ear outside Milan’s central station, but that’s got f***-all on the bat-sh** insanity in this viral video. 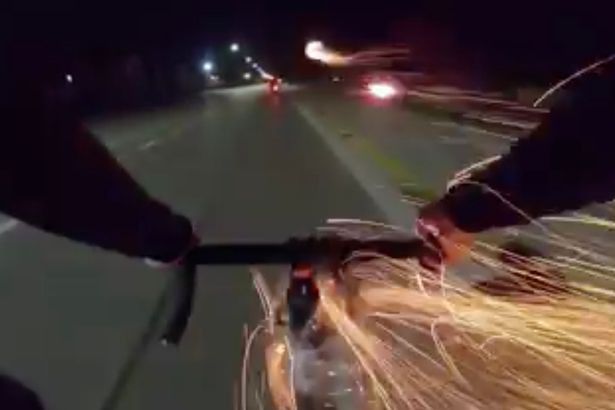 Note to self: don’t f*** with a guy who’s taped a rocket launcher onto his pushy. Credit: Facebook/Dashcams Don’t Lie

For some reason, this cyclist has jerry-rigged a fireworks launcher to his bicyclette and he employs it like Fireball Mario when some poor b*****d pisses him off. As you guessed, that’s what we get to see in this video.

The cyclist is riding along – I won’t say minding his own business because he’s clearly done something to piss off the blokes on the moped. If he’s anything like the cyclists where I come from he’s probably been whinging that cars drive too close to him while he’s been completely ignoring the bike lane, riding through traffic lights and dressing like a tit.

Anyway, the moped comes in close and they make gestures at the cyclist.  I’m gonna be honest, I don’t have a bloody clue what he says.  This vid has no subtitles.  I imagine though that it’s something like, “Oi, f*** ya, that’s a dick move and you’re f***ed now, c***.” 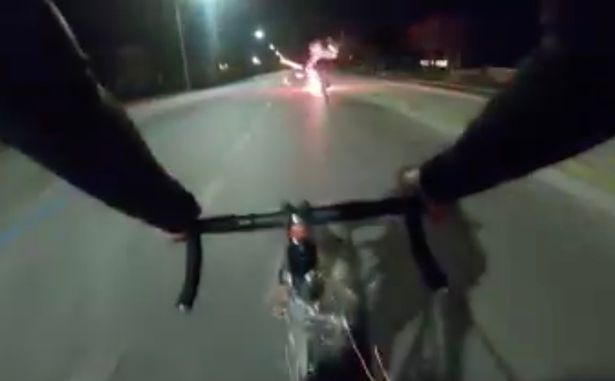 He then loads up his bloody rocket launcher with fireworks and sends them screaming after the dudes on the moped.  What.  The.  Actual.  F***?

This goes on for a while. The cyclist is cackling with glee and repeatedly saying what I reckon amounts to, “F*** you.  F*** you.”  It’s nothing short of crazy.

Anyway, after the first few single-shot fireworks, he loads up the bloody repeating bastard and chases these guys like they knocked off his last brewski. 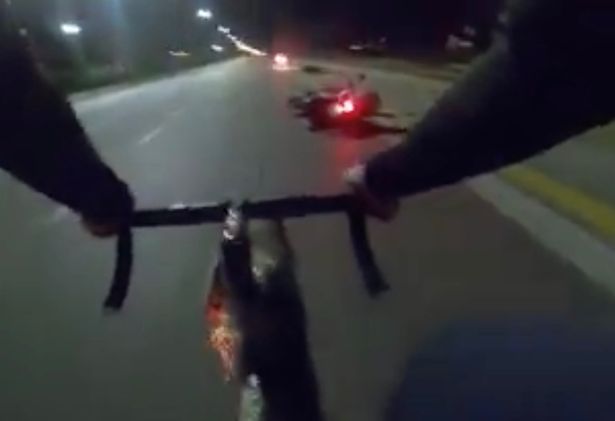 “You got knocked the f*** out!” Credit: Facebook/Dashcams Don’t Lie

Eventually, the moped goes down and the blokes on board make a break for it. Well, one of them does. The other one lies face down and plays dead. It works for certain members of the animal kingdom so why not Italians, right?

The cyclist though; he’s still not satisfied. He f*****g gives chase to the other bloke and continues to pepper him until he runs out of fireworks.

Now, I don’t know about you, but I reckon the whole thing is pretty uncool. It’s one thing to put your middle finger up or bite someone’s ear off, but launching fireworks at them is just not cricket. It’s bloody dangerous. 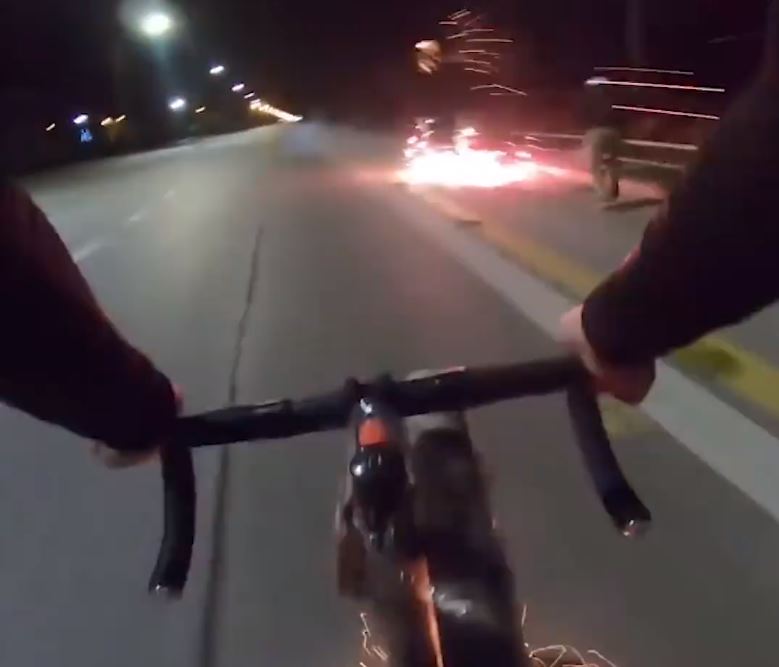 For that, crazy Fireball Mario the cyclist gets a nomination in the f***-knuckle awards. What a prick.