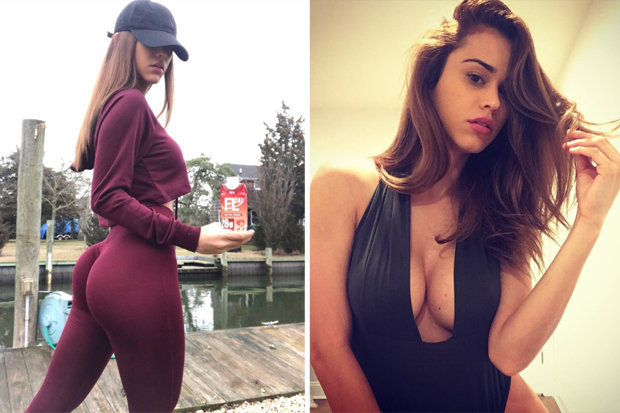 Pro gamer breaks up with worlds hottest weather girl…OR DOES HE?

Here at Ozzy Man Reviews, you know we’re big fans of Mexican Weather and Yanet Garcia’s meteorology qualifications. So it’s no surprise that when the news broke that her boyfriend, pro-gamer Doug Faze Censor, had released a video explaining why he had to break up with her, loads of you were in SHOCK (you have seriously been in shock) and requested an Ozzy Man response.

Not sure why you guys want her brought up again. Credit: Yanet Garcia

And…well…we’ve looked at it, and we’ve chucked on our tin foil hats, and we have a sizeable load of pent up skepticism going on since this was announced earlier in the week. Yeah nah nah nah yeah nah far be it for us to step on the hard times of two people’s relationship (even if they do voluntarily over-share the details publicly), but we’re not so sure it’s as clean cut as meets the eye, and we wanna know what you critical analysis legends reckon too. 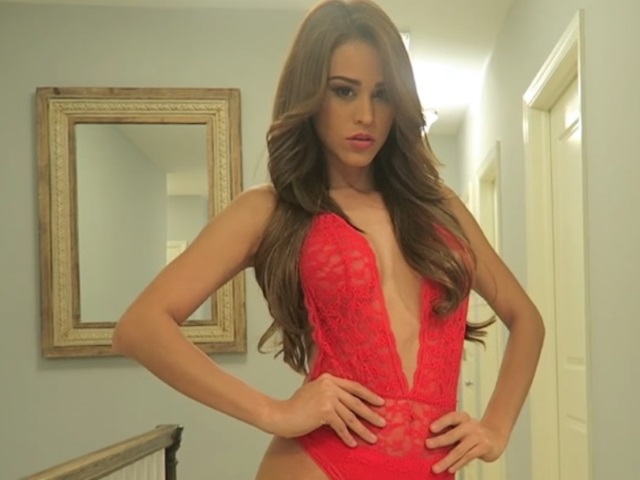 Nope. Not sure why at all. Credit: Yanet Garcia

There’s just no reason to want more of this woman. Credit: Yanet Garcia/Make a gif

So…let’s start with the obvious. The dude is no stranger to pranks…a look through his video list tells you that, but more importantly while putting video games over your lady-love is the stuff memes and dreams are made of, it’s not exactly a realistic movement. Is it? IS IT!? Maybe it is in this era of eSports. The fella gets paid to play games, it is his profession and all power to him. But…but…but… REALLY!? 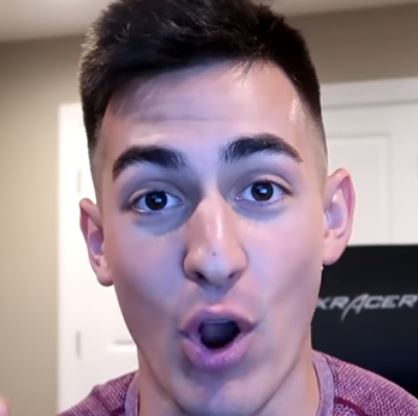 It’s tough to see this as the face of a man who just realised there’s no more Yanet in his life. Credit: Faze Censor/YouTube

How does playing the same game for so long even stand up to the competition of some Netflix and chill with Yanet is the big research question? Besides the dedication to his profession, old mate Censor lists reasons like caring for his dogs and the fact she works in Mexico as a contributing factor to the breakup, but he just seems so bloody calm and aloof about it don’t you think?

Extreme close up reveals there are no tears in those eyes. NO TEARS Exhibit A, ladies and gents of the internet jury, Exhibit f*cken A. Credit: Faze Censor/YouTube

And that cool facade makes it pretty, pretty, pretty tricky to not have some skepticism as to whether or not this video is 100% sincere. Give “we broke up” a search on YouTube and you’ll see it’s practically an entire genre. There’s a lot of YouTubers who’ve made break up vids on the platform and they rake in a d*ck load of views and attention. On David Dobrik’s channel there’s a decent 30-40 mil views on his bloody breakup video with the gf? That is a fair dinkum flaming smasher when it comes to YouTube engagement. 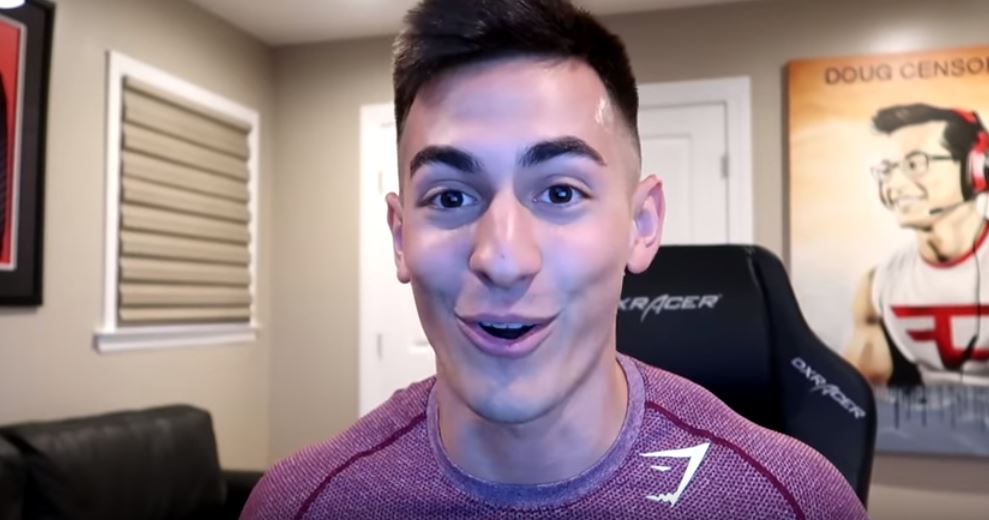 IS THAT A SMILE!? Credit: Faze Censor/YouTube 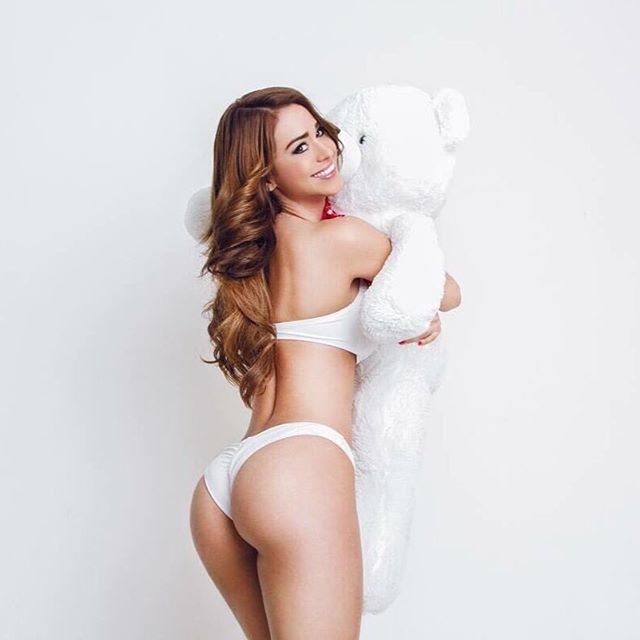 Or the face of a man who knows he’s going back to this? Credit: Yanet Garcia

What would you bet against seeing this video superseded by a second that reveals they’re back together…or that it was all a joke…or whatever? If there’s a video in a few months in all caps lock on the Faze Censor channel saying “WE’RE BACK TOGETHER!” then you w*nkers owe me a beer I reckon. 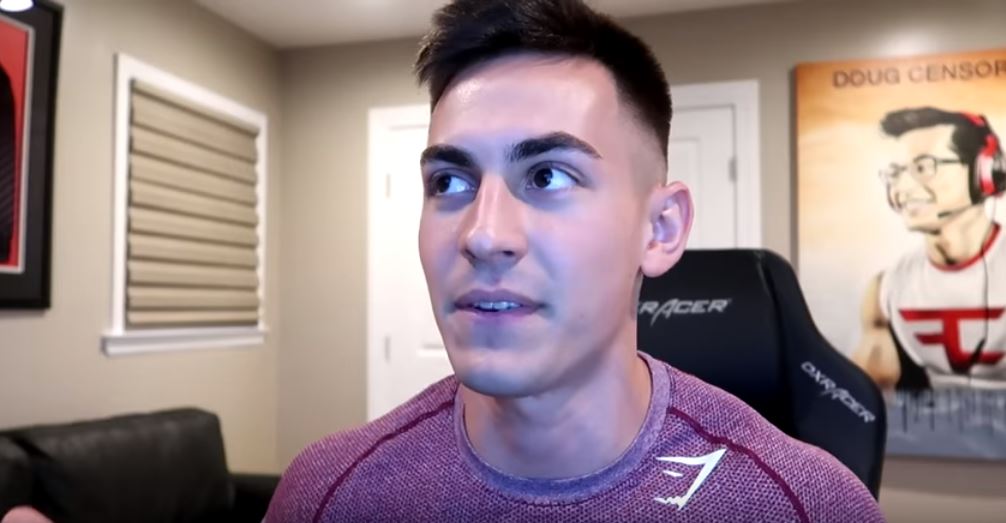 Pretty sure that’s a ‘there is a God’ face. What do you reckon? Credit: Faze Censor/YouTube

Final thought: Not that we want to unequivocally call bullsh*t on Faze (breaking up is tough, so sincerely, all the best to Doug and Yanet), it’s just unbelievable to us that anyone could choose Call of Duty over Yanet’s meteorology knowledge. You’ve been in shock as well, yeah? As the great Morpheus says in The Matrix…

“What you know you can’t explain, but you feel it. You’ve felt it your entire life, that there’s something wrong with the world. You don’t know what it is, but it’s there, like a splinter in your mind, driving you mad.”

NEO: What is the Matrix. And did Faze really truly absolutely dump Yanet?

While you’re checking it out, check out Ozzy’s classic commentary on Yanet and the Mexican Weather. That’s right here.