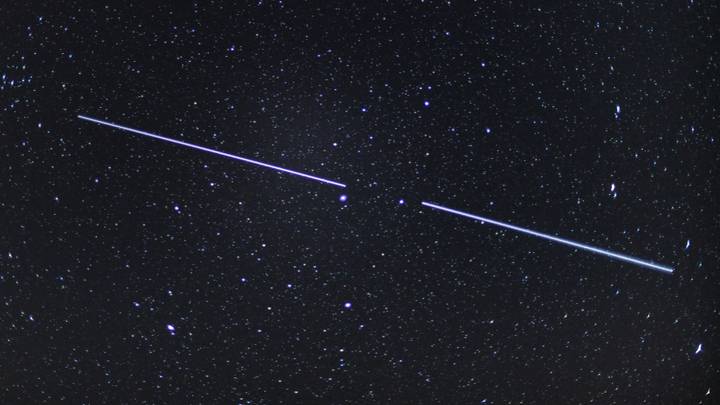 Before we go on, though, right, we’ll remind you about Elon Musk. He’s like a memelord, who lungpunches party-cones on bucket-bongs and invents the kind of s**t that’d make Dr Evil proud. Yeah, nah, we’re talking ‘bullet-proof’ cars, flamethrowers, s**t like that. 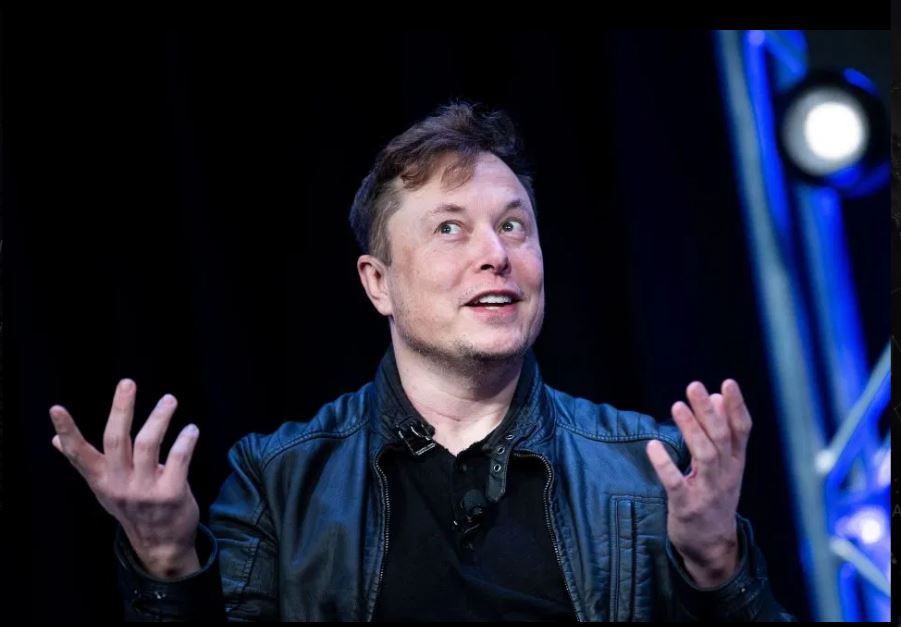 And his big one right now is the Starlink Satellite system. Basically, the dude’s planning on getting tens of thousands of satellites up into space so you can have cheap Wi-Fi no matter where you are. It’s a noble cause, but we’ve seen movies. This bloke is only one disfiguring injury away from using a laser to carve his name into the moon. 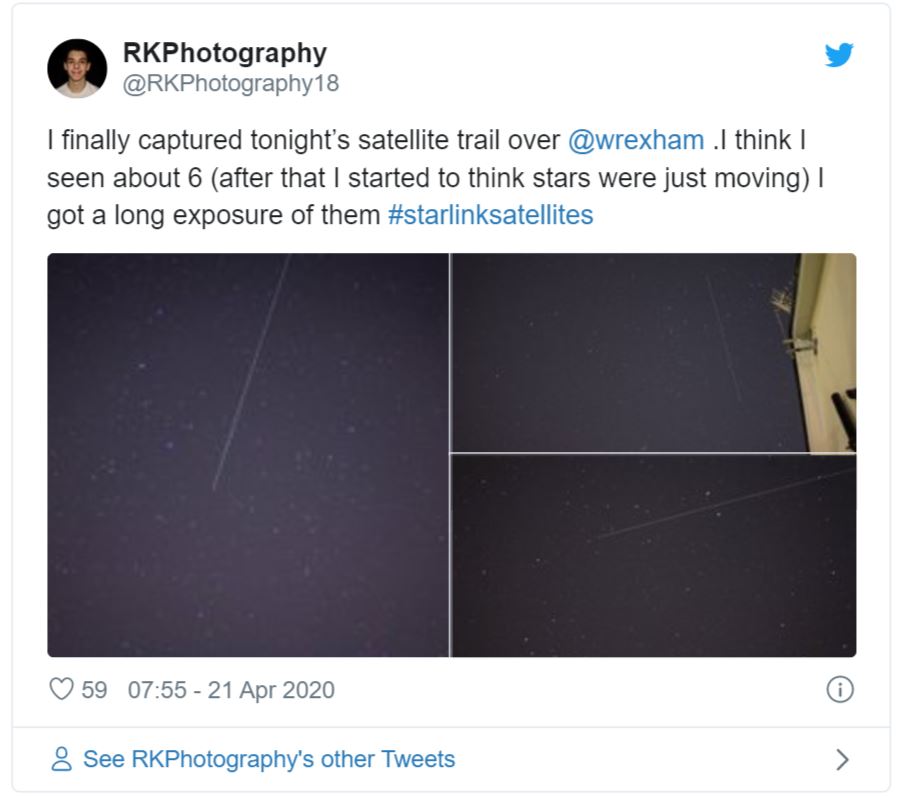 Anyway, he’s already got f**kloads of these things in the sky. He started launching them in March, and he’s been throwing them out there like chook-feed. Because they’re still low in the atmosphere, they were visible from Pommyland the other night. 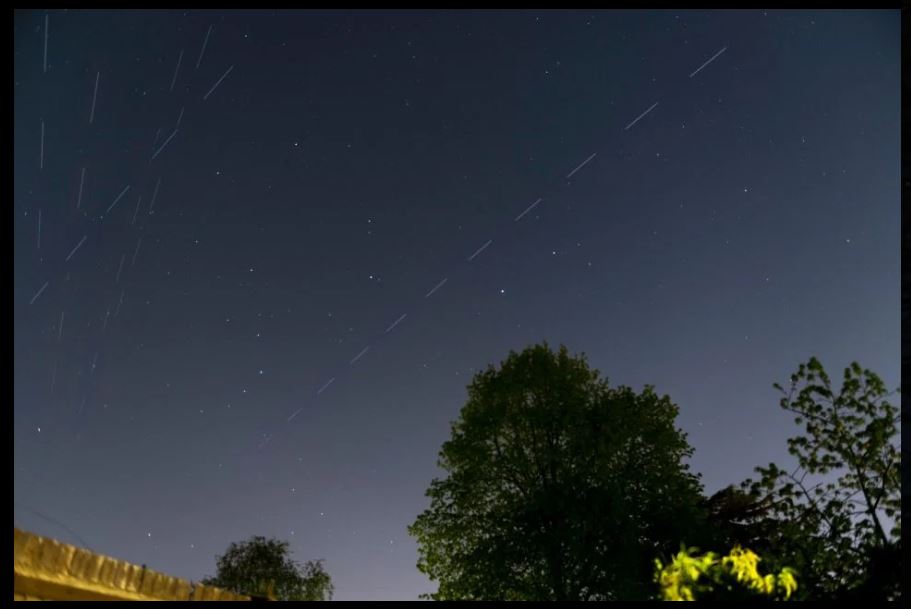 Apparently, it was quite the light-show. From Leeds to London, they were outside, breaking their bloody social distancing laws, sipping on cups of tea and chewing on hob-nobs as the satellites passed low across British skies. 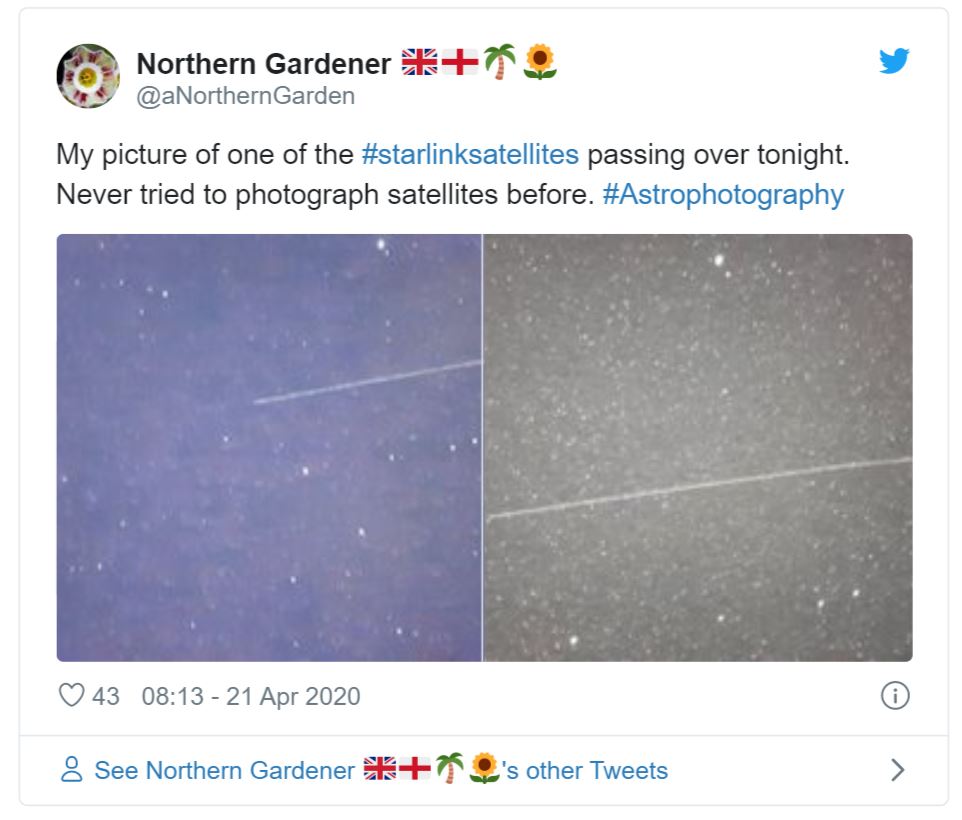 As you can imagine, they took to social media to talk about the event. According to The Sun, one fella reckons, “Wow, what a spectacle! My wife and I went out and saw a dozen satellites and two shooting stars. If I remember just one thing about April 2020 it’ll surely be this.” 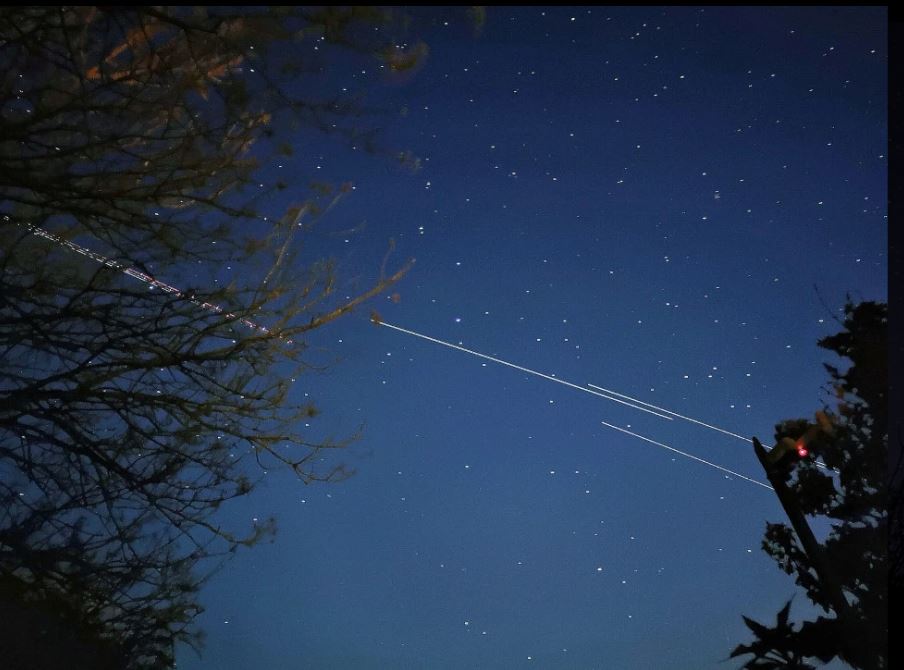 It’s nice to be optimistic. That’s something we can get behind. 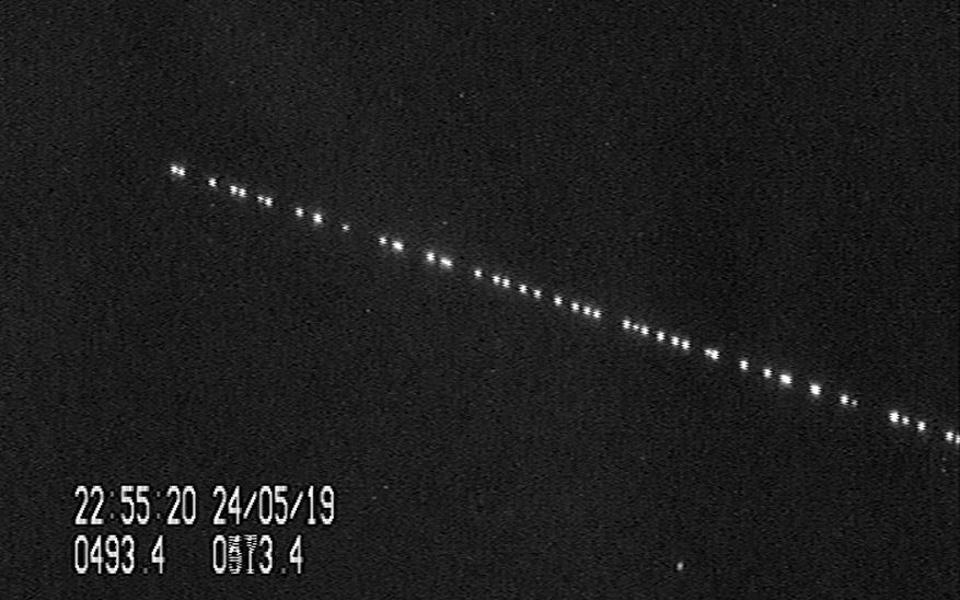 Final thought: As you can imagine, some people are criticising Elon Musk’s plan. We could tell them to come down from their ivory towers and ask them what they’ve ever created, but the truth is that we’re moving closer and closer to that sci-fi future we saw in so many 80s movies. Bring it on, we say. Bring it the f**k on!

How an Aussie scientist determined whether farts spread disease

You might remember a while back, in the early days of this whole Covid thing, that some people were wondering whether or not farts could spread the virus. Well, with the new Omicron variant doing the rounds, we reckon...