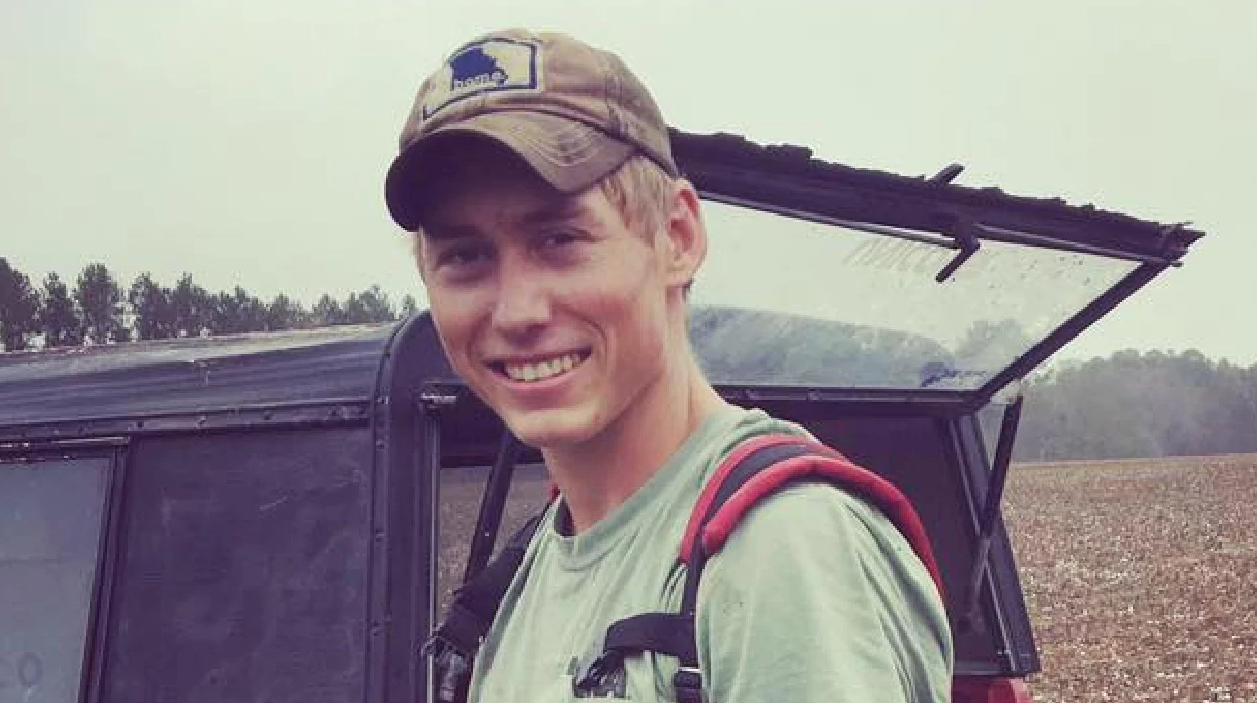 I don’t know about you, but I’d consider any single attack from a deadly snake, big-ass bear or ravenous shark a pretty unfortunate event. If I experienced all three, I’d ask myself what sort of old school big game trophy-hunting son of a bitch I was in my past life. 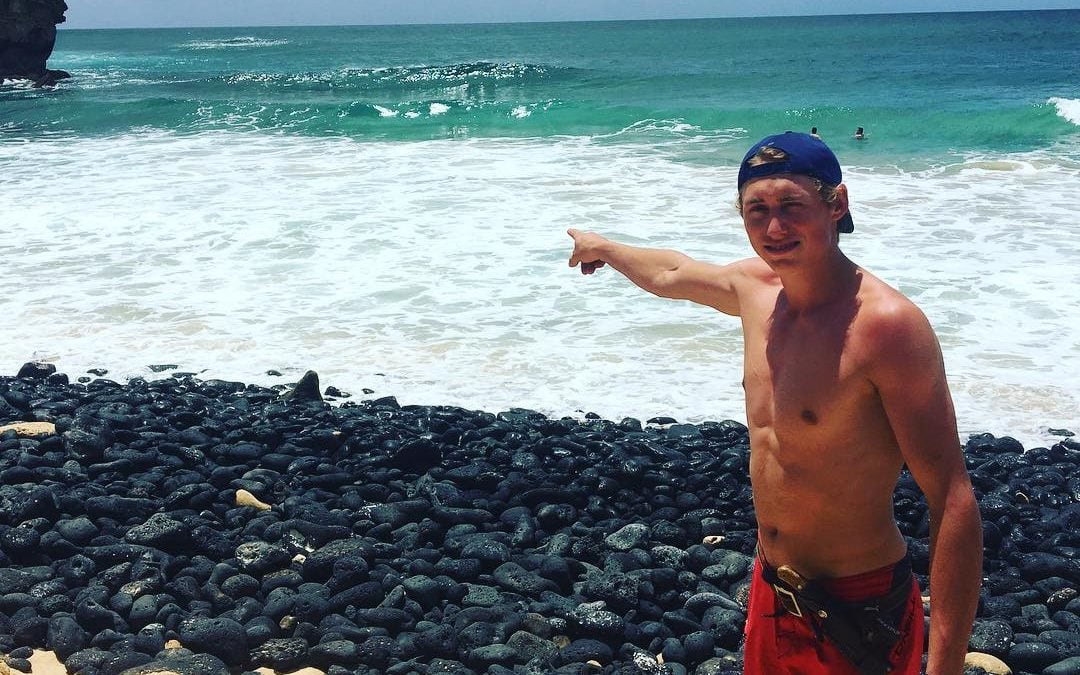 Dylan points to the spot where it happened. In the water. Credit: Dylan McWilliams

But then I’m not Dylan McWilliams. At just twenty years old, Dylan has nearly fallen prey to three of the deadliest creatures in any zoo.

Let’s begin with the shark. That’s the most recent attack – and I tell ya, either he one-upped Mick Fanning and punched the shark trying to eat him so hard he sent it back to the Silurian period, or he tastes like sh*t. The plucky young b*****d had to swim 50 metres to shore to escape – while his leg pissed blood.

You’ve seen the movies; you know that blood in the ocean is like red rag to a bull. A very deadly bull with fins and hundreds of gnarly teeth. 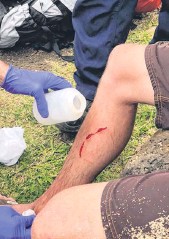 It’d probably be the scariest moment of your life. Until you remember a bear once dragged you from your tent by the back of your f***ing head and then stomped you Revenant style. I mean, that’s practically the American History X curb-stomp of the animal world, but you know, still pretty lucky, right? 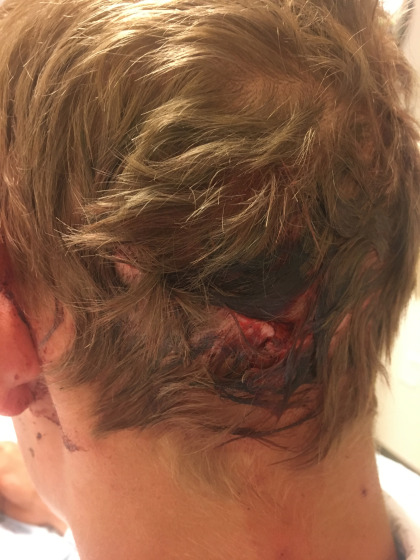 At least it wasn’t one of those Russian bears with guns! Credit: Dylan McWilliams

Shy of having Uncle Jimbo and his RPG with me, I wouldn’t be camping anywhere near bear-filled Colorado, unless of course, I was a lucky prick like Dylan Mc-unkillable-Williams, and had already survived a rattlesnake bite. 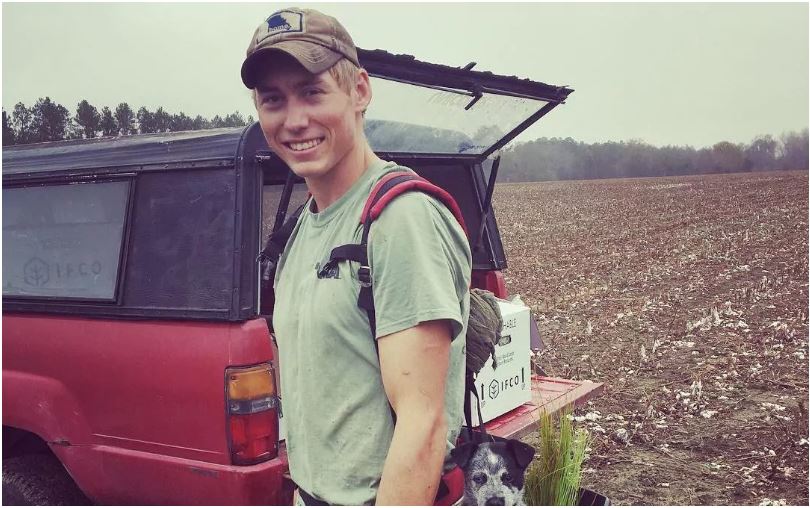 That dog’s probably about to bite him, knowing his luck. Credit: Dylan McWilliams

So how the blue f*** did Dylan manage to survive that one? Oh, the snake only bit him a little bit so he was only briefly ill. Lucky or not, what the bloody hell is this dude doing to keep putting himself in these positions? Who even sees all these animals? 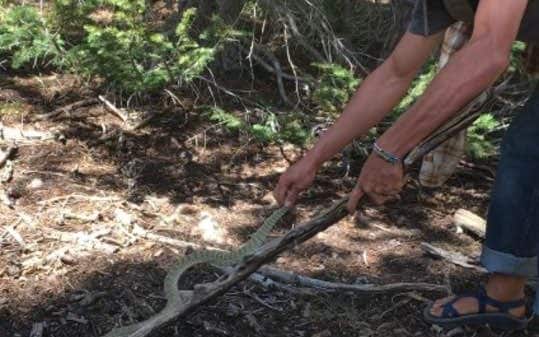 He must be looking for trouble. The only other logical explanation is that he was some sort of Ernest Hemingway/Teddy Roosevelt mother***er in a past life and had a serious wall of trophy heads. It’s the only possible reason the animal kingdom is trying to kill him.

Check out this video of him catching a salmon with his bare hands: