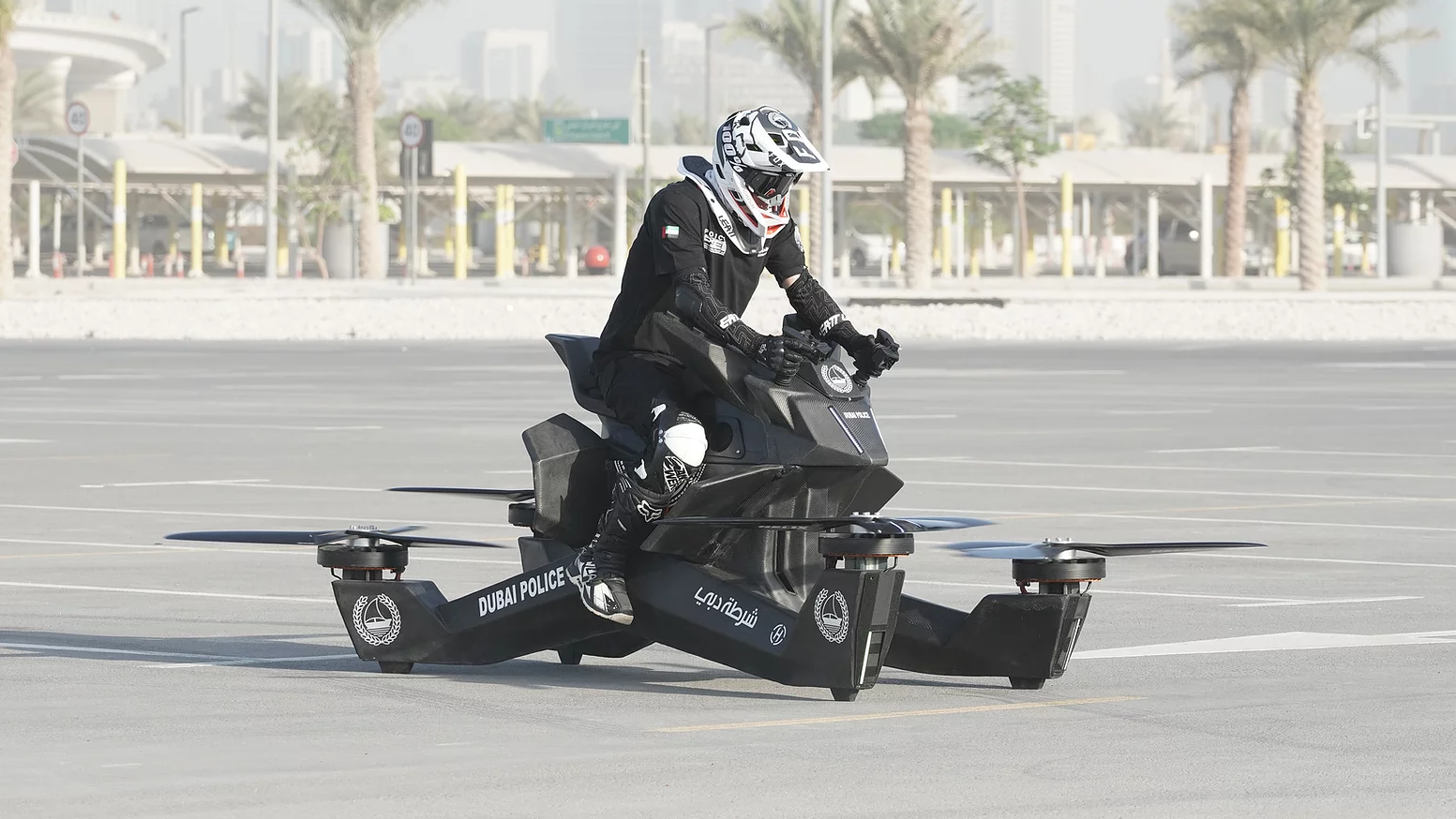 Remember the television show, Cops? We know, we know, you’re probably wondering how the f**k you could forget. It was always a tops bloody source of cop on crackhead action. Anyway, imagine how different it would have been if the cops didn’t have their cushy cars to drive around in because they were riding hoverbikes to the scene of the latest meth-lab explosion. The camera would just be a drone following them around and the cops would be all like, this sh*t is the f**ken best! Well, you better check yourself – that sh*t’s now a reality in Dubai. 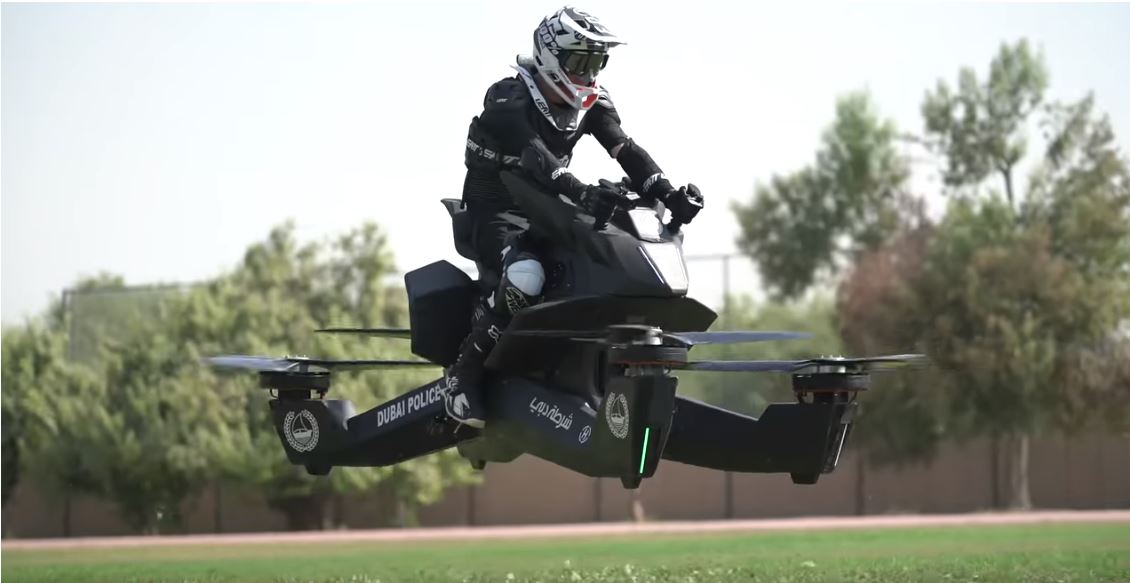 At the moment, these things are still prototypes, but considering they only promised to make it happen last year – and some cops are already hovering while they bike – this is pretty f**ken awesome stuff. With vertical take-off and landing, these things can reach speeds of almost a hundred clicks an hour. 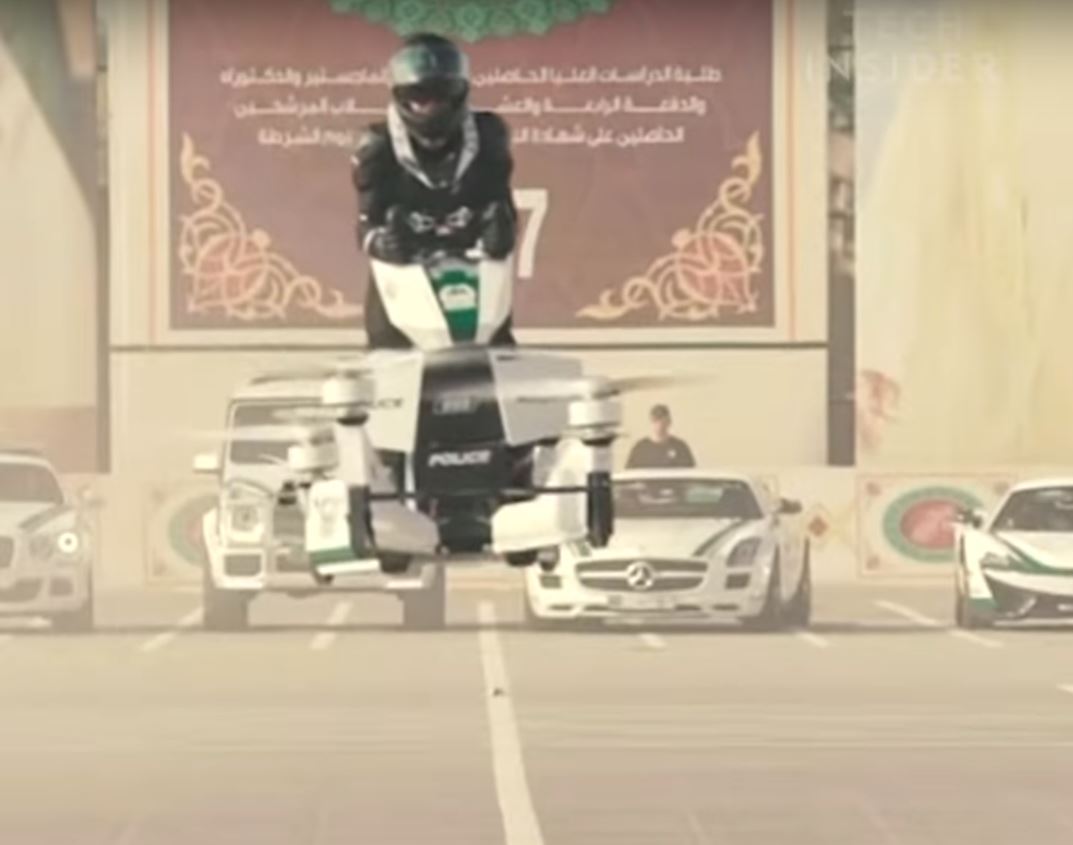 At the moment, the biggest problem is that the battery life isn’t spectacular. Staying in the air for only 25 minutes manned or 40 minutes when used as drones, these hoverbikes will need a bit of fine-tuning if they’re to become a real efficient part of the force’s daily life, but if this is a sign of the future, we’re f**ken in. 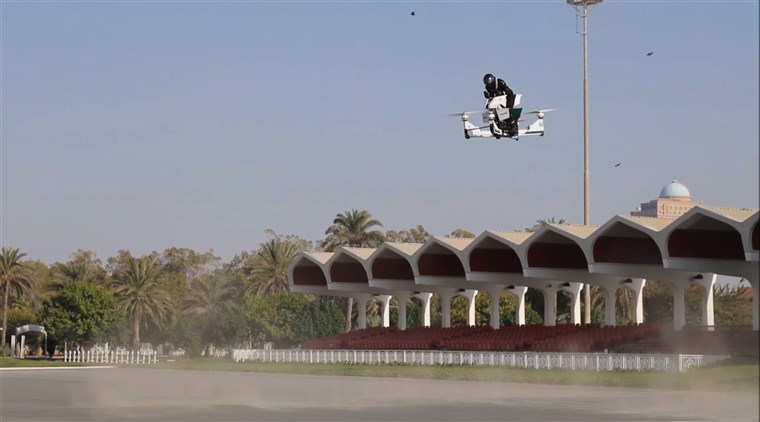 Final thought: Look, they obviously need to rectify the power problem, but to think that we’re soon to be living in a science-fiction future with hoverbikes is pretty f**ken grouse. Good shit, Dubai. Good shit.