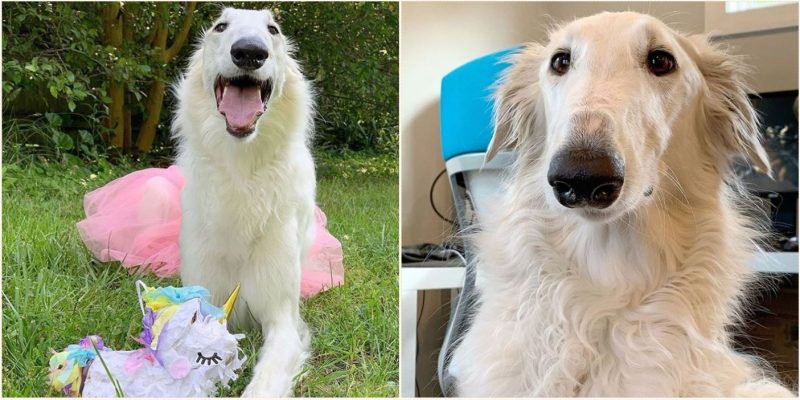 We all know that dogs are man’s best friend. We also know that people on the internet bloody love ‘em. Deadset, we know we do, and just like the rest of you, we’ll take any excuse to look at a new dog. This time, we’ve come across a borzoi that’s a little bit unique. Yeah, nah, this pup, Eris, has racked up 200,000 Instagram followers despite a bit of a gammy nose. In fact, it’s not just ‘despite’ the nose; it’s actually because of it!

Apparently, that’s long even for a borzoi. Her owner, Lily Kambourian reckons, “Eris was born to a litter of three in Keysville, Virginia.

When we went to go visit the puppies, it was apparent they might have an overbite. This would rule them out for any dog shows as it is a genetic defect, but that didn’t bother us.” 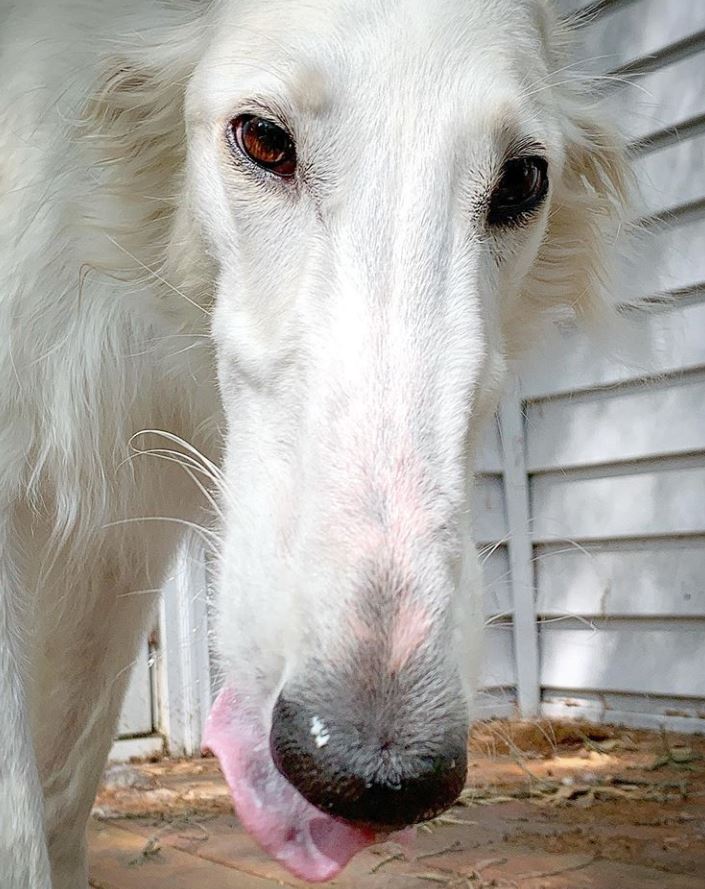 Technically, Eris’s snout is 12.2 inches long, and some think that might even be a world record. Lily isn’t so sure, but says, “We hadn’t really considered having records keepers verify Eris, though we wouldn’t be against doing such a thing after the world was more normal. But we’re not entirely sure how to go about that, to be honest!” 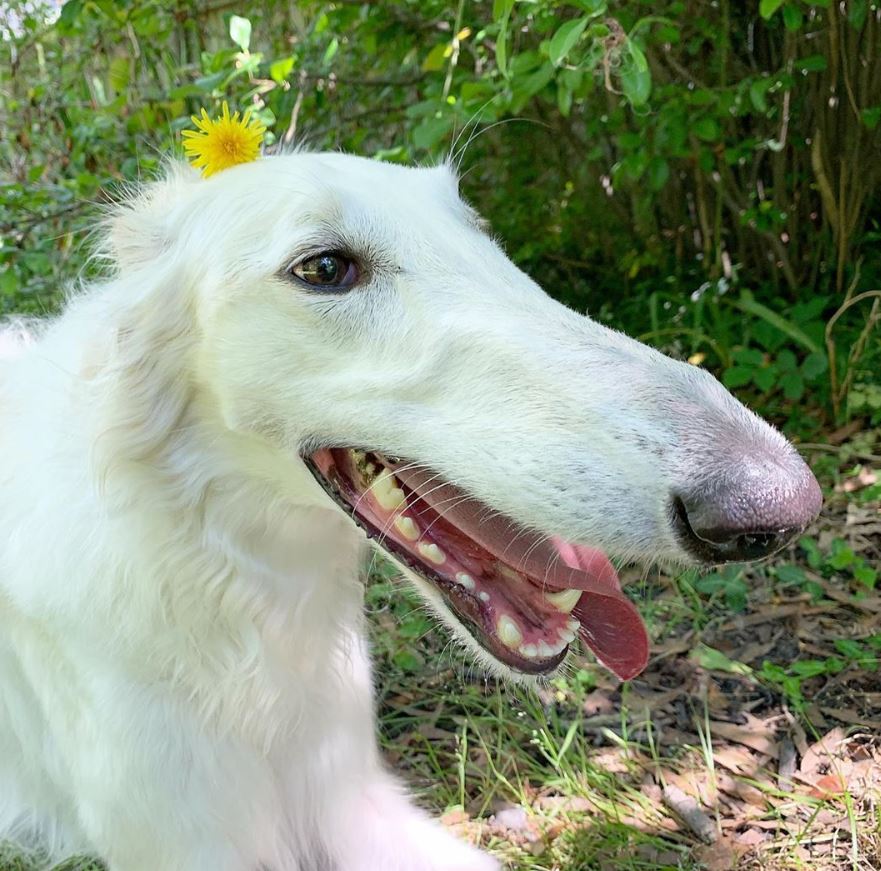 What’s more pertinent, though, is the fact that since they’ve been posting photos of Eris to the internet, the dog’s gathering fans like nobody’s business. And speaking of business, Lily reckons there’s one thing that Eris’s snout is definitely good for… 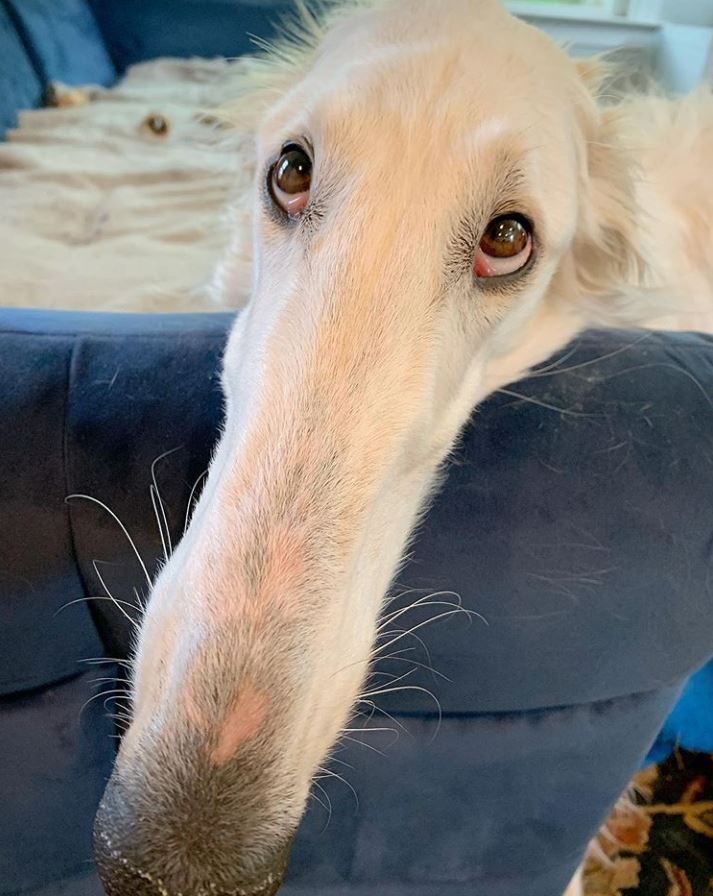 “She is very good at sticking her nose into very small gaps between couches, fences, or people enjoying a meal at a table – so certainly her pointed nose is advantageous there. We were warned when she was a puppy that she may be having dental issues, where the teeth would poke into the gums and she may have needed canines removed, but she just sort of grew past it.” 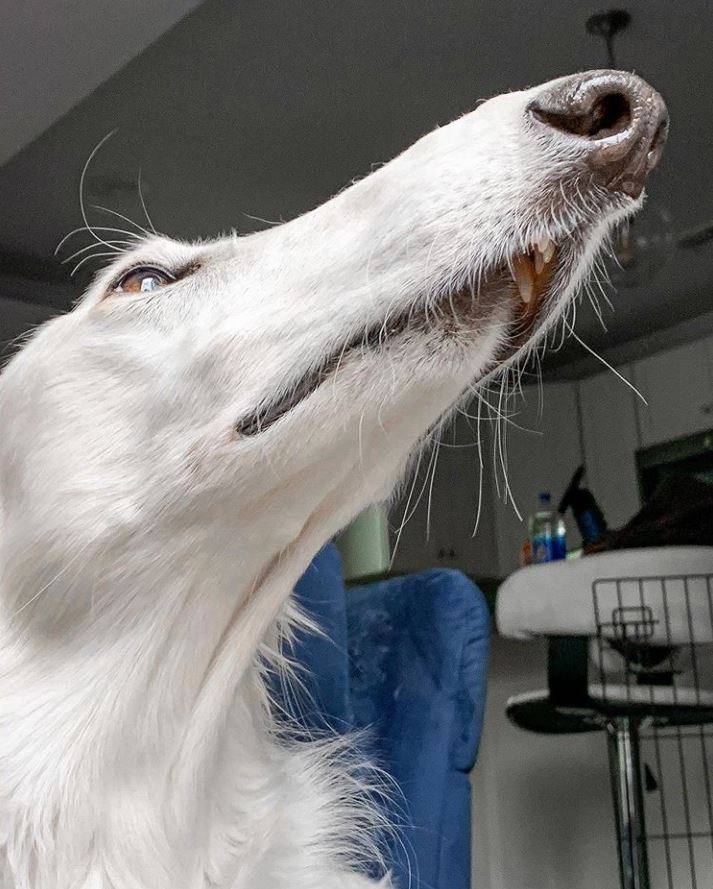 Final thought: We reckon that Eris’s internet fame just goes to show that even if things aren’t exactly as they’re supposed to be, you can still give life a proper kick in the dick. There’s a lot to be said for a message like that. Don’t ya reckon?

Just in case you missed it, here’s one of Ozzy’s latest commentary videos…Ozzy Man Reviews: Animals Vs Technology