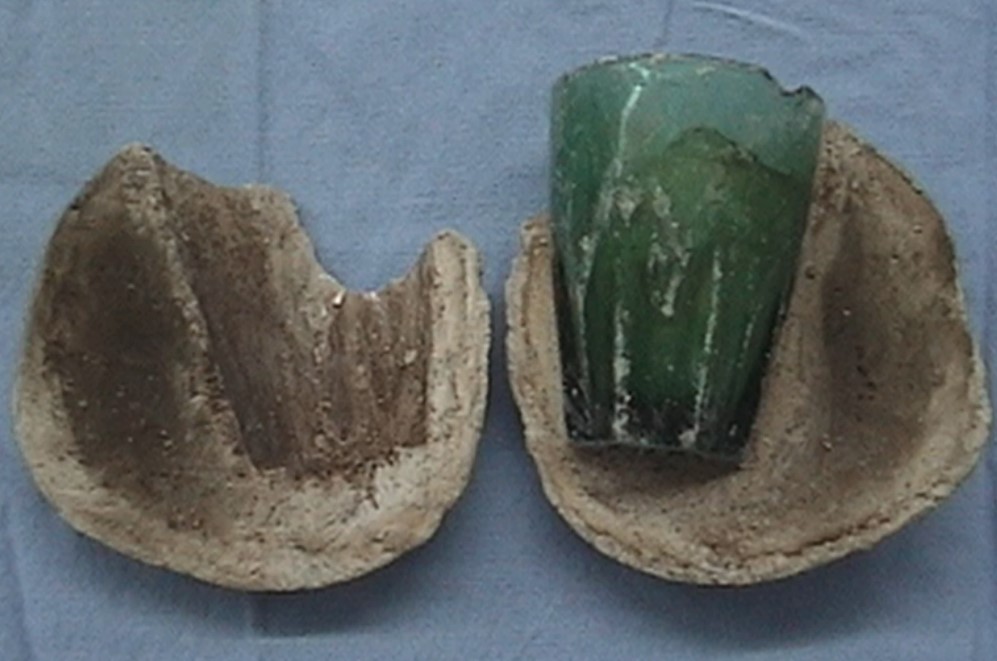 As you know, we never kink-shame here at Ozzy Man Reviews. We reckon that you’ve just gotta do you. And sometimes, people take that s**t seriously, which is all good by us. But, we will say that if you are gonna do some potentially risky s**t, you might wanna take precautions. After all, you don’t want doctors to find out about your kinks due to some serious medical damage four years down the track. Because that’s exactly what happened in this story…

And look, we’re not gonna lie: after reading this story, we’re seriously wondering how many of you are walking around out there with things stuck in places they shouldn’t be. And again, we’re not shaming, we’re just saying that if you didn’t leave yourself a get-out-of-jail-free pass, you need to go to the doctors. Here’s why… 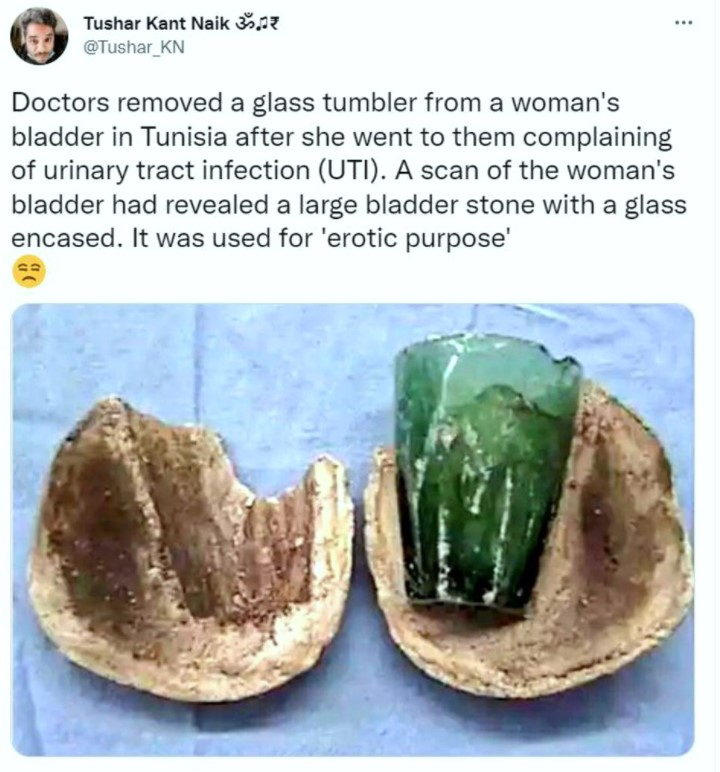 A sheila from Tunisia just found out her ‘UTI’ was actually a f**ken glass caught in her bladder for four bloody years. Yeah, nah, deadset, not even in her snatch – in her bladder. The sheila went to the doctor’s complaining of UTI symptoms…and then the surprise came out.

Once they ran some scans, she had to fess up. Four years ago, she’d used the glass as a sex toy. When she couldn’t get it out, she just left it there. Yeah, nah, she just straight up tried to walk that s**t off. 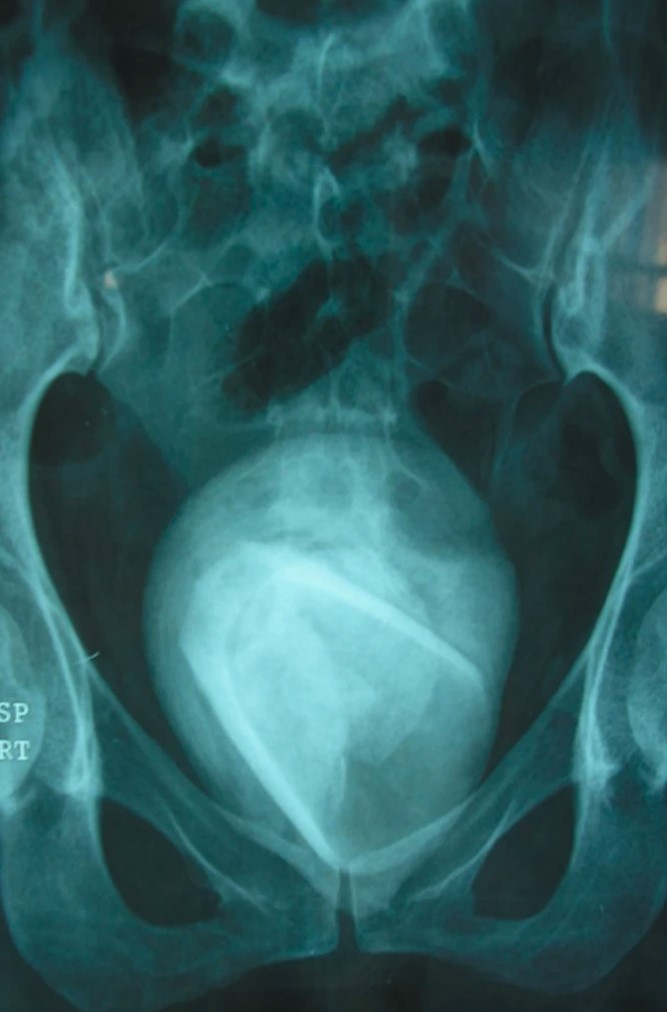 Worse, it was encased by an 8cm-wide bladder stone. She’d put the glass up her urethra – and, biology lesson, boys – that’s not her vagina. Nah, it’s the separate bit that she pees out of. Apparently, urethral sounding is a sex act some sheilas are into. They insert glass (or other objects) into the urethra to increase arousal and heighten pleasure.

Anyway, at the end of this sorry story, doctors performed surgery, removed the glass, and sent her on her merry way.

Final thought: Look, we’re coming back to our opening line here. Do you. Just have an escape route. After all, you don’t want to have to explain to the doctor that you did nothing about the glass you inserted four years ago, and you certainly don’t wanna be David Carradine. Yeah, nah, no one wants that.

Just in case you missed it, here’s one of Ozzy’s latest commentary videos…Ozzy Man Reviews: She just couldn’t do it! Destination F’d volume twenty!